The role of dancing within the Chilean feminist uprising

It’s late on a hot summer’s day in Santiago, in a building in the centre of the city, near Baquedano Square, known for having been a focal point of the social protests that have rocked the country since 2019. The thermometer reads 31 degrees and a fan blows in the corner of the room. On the fourth floor of a building, in a room lined with mirrors, a dance class is about to begin.

The girls arrive, one by one, until the teacher arrives a few minutes later. Her name is María Jesus Pinto, better known by her artist moniker: Señorita Chu. She is a singer, feminist activist, journalist and twerking teacher. Now 25, she’s been twerking since she was 15.

While waiting for the class to start, a group of girls chat with each other while others put on their knee pads. The demands of the choreography mean that they must come prepared, with an outfit suitable for dancing comfortably during the physical hour of training.

While this may look like just another dance class, Señorita Chu situates her practice more broadly within her activism, defining her class as a ‘feminist space.’

In Chile, the feminist movement has grown unprecedentedly in recent years, especially since the Chilean “Feminist May” of 2018, also known as the “Feminist Revolution”.

In 2018, a feminist student movement was born after numerous accusations of sexual assault and harassment were filed in universities across the country. Faced with a lack of response from institutions, Chilean students organised protests and occupied universities across the country. This culminated in a general march on 16 May 2018, where students demanded an end to the sexist education system.

To this day, Feminist May remains a crucial moment in the history of Chilean feminist mobilisation, which contributed to the political organisation of many young women and importantly linked different organisations together.

When analysing the lasting impact of this mobilisation in reframing pre-existing spaces in Chile, Javiera Ravest, a sociologist in gender studies at the University of Chile, argues that although twerking already existed before 2018 in the country, it was not seen as a disruptive practice, or analysed through a feminist lens.

Feminist May allowed many sectors of society to be reconceived through the perspective of gender politics, while creating new spaces for organising and profound changes in the country’s feminist mobilisation.

One of the new organisations established was the Chilean Network of Professional Women for the Right to Decide, whose work focuses on the right to abortion. Another organisation is the Association of Feminist Lawyers; though there were countless other feminist iterations of professions, from geographers, sociologists, anthropologists and doctors, to musicians, actors and writers.

It was at this time that Señorita Chu gave her first feminist twerking class at the University of Chile, which was then occupied by students.

She began to connect twerking to her feminist ideology when she became involved with the feminist movement at her university. She says that “I was introduced to new feminist ideas at university and pulled strongly towards the community. I thought: ‘this is the space where I want to stay now.’ It was because of the feminist mobilisation that I was able to organise my first workshop.”

Can twerking be feminist?

While twerking and feminism may seem an ambivalent association, as it can be perceived as an explicitly sexual and sensual dance that can contribute to the objectification of women, its origins as well as its current practice debunk these beliefs.

Señorita Chu and the women with whom she shares this space clearly argue the connected nature of their practice and their personal and activist journeys.

Twerking, which comes from mapouka, a dance originating from the Ivory Coast, is characterised by rhythmic and worked movements of the pelvis, which can be worked out with specific choreographies and movements.

This dance brings many physical and psychological benefits to the women who practice it. For the dancers in Señorita Chu’s class, it becomes a collective practice of self-fulfilment, which stands in opposition to the patriarchal gaze that objectifies women’s bodies, and even more so when they are moving and taking up space unapologetically.

On a physical level, the class also offers the chance for an intense workout through expert choreography. Many of the young women in Señorita Chu’s classes also express a sense of unlocking a part of the body that they had never exercised in this way.

Amaia, who comes to the classes regularly, says she didn’t feel comfortable dancing before she started twerking. Seeing her progress has given her confidence in her body’s ability to learn and  dance in public. She says that dancing is now one of the things that brings her the most joy.

Beyond the physical aspect of the classes, they also make a psychological impact. Some of the students in the twerking class affirm that they felt that they gained confidence as the class progressed and that they were more comfortable both physically and mentally as a result of their practice.

Growing up, Señorita Chu went to a Catholic school where sensuality, sexuality, pleasure, and the body were very repressed. She says that it was only through twerking that these aspects of herself started to come out and she was truly able to explore these themes. When she started twerking, she did not tell her family, because she says her parents were more conservative at that time.

Their fear was that it could affect how others perceived her, and she felt they wouldn’t understand what twerking really brought into her life. However, once twerking became more commonplace in Chilean society, her parents started to become more accepting of her practice.

Señorita Chu has been teaching some of her students for over a year now, and says she has seen real transformations in their self-confidence. Amaia confirms that she’s felt increased confidence in her social relationships, and that she feels more able to assert her opinions without worrying about the judgement of others.

“Once we have danced together, once we have seen each other shaking our behinds, we have less taboo towards each other,” says Amaia.

At the end of the class, some of the girls in the group meet in a nearby park to share an ice cream and talk about their emotional and personal experiences. While they regularly meet with each other, this post-class space has become precious for both opening up to each other and gradually weaving deep friendships.

Señorita Chu describes these post-class spaces as ‘women’s circles’ comparing them to a historic practice in Chile, which existed during the Pinochet dictatorship as spaces for neighbourhood organisation and which were later introduced into the feminist movement.

Twerking’s role within the feminist movement

On 8 March 2022, to mark the International Day of Struggle for Women’s Rights, Señorita Chu convened a twerking action with over 60 women during the annual march. They burst into the middle of the Baquedano Square, renamed ‘Dignity Square’ after the 2019 social revolt, where they danced together for over an hour.

For Señorita Chu, there is a political discourse in the very act of the dance that signifies: “we don’t want this anymore”. She explains that “as women, we are very objectified. So through twerking, we are saying to men, stop looking at us as objects, and accept us as we are. See that we are not doing this for you but for ourselves”.

Back in the dance hall, the class is coming to an end. The heat has risen even higher in the room. The dancers have learned all the choreography for the day, and are filming themselves one last time to keep track of their performance.

Many of them are proud to show off their new steps on their social networks, posting short videos to share their practice.

The shared enjoyment in the room is palpable and I’m left thinking about Javiera’s words: “What is more dangerous to the patriarchy than a person having fun, being powerful and taking ownership of what has been used to commodify and judge them?” 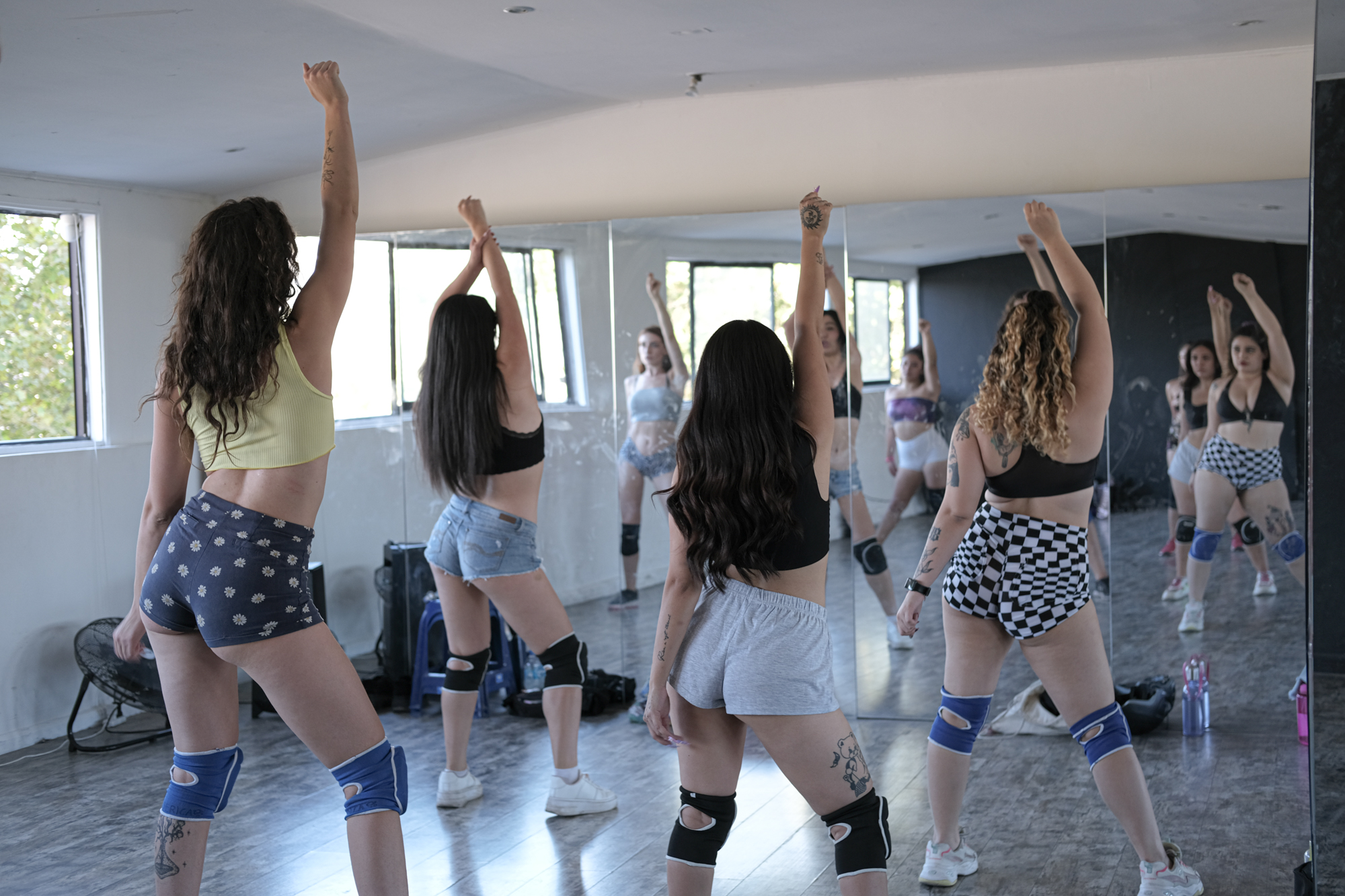 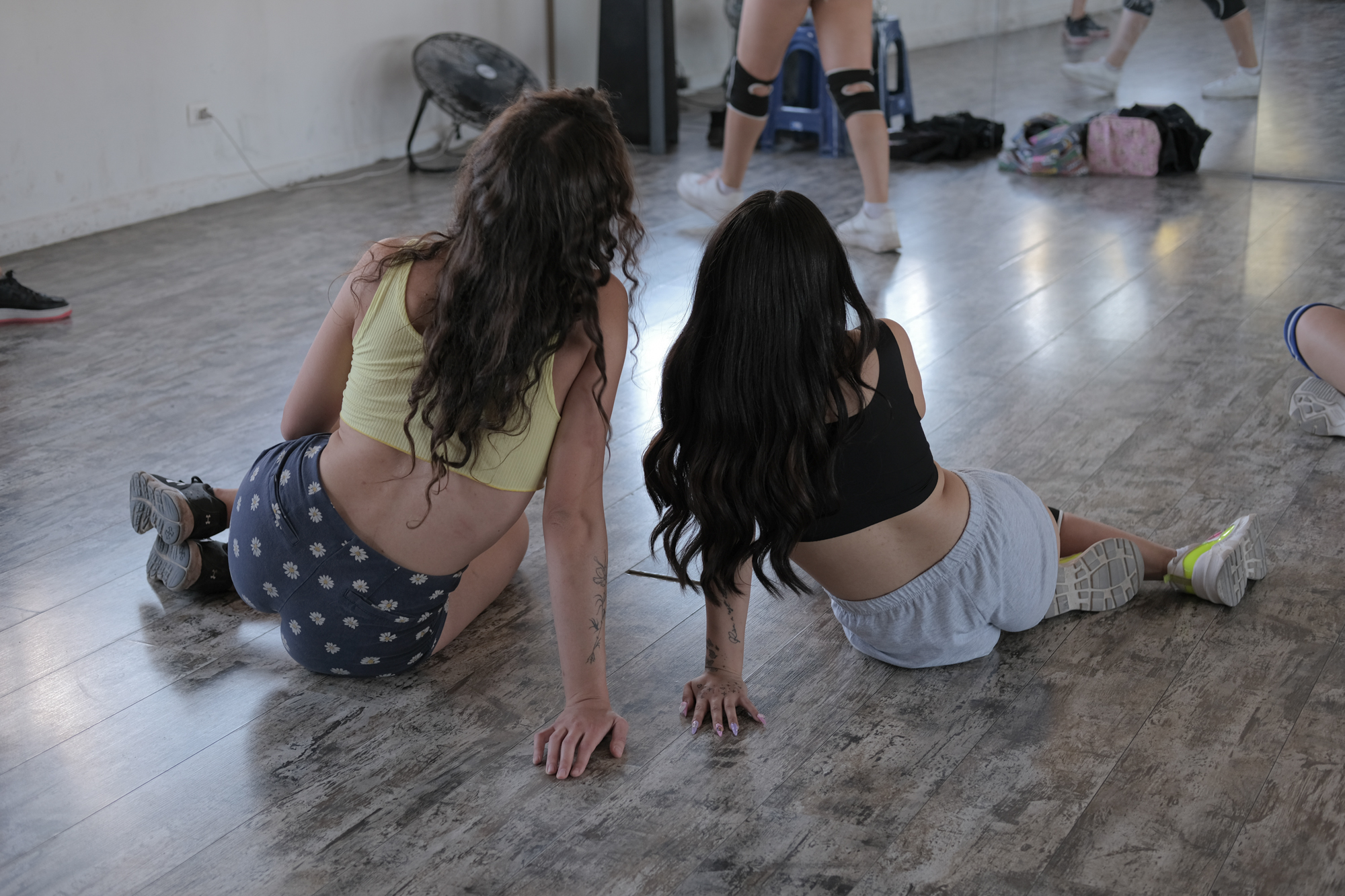 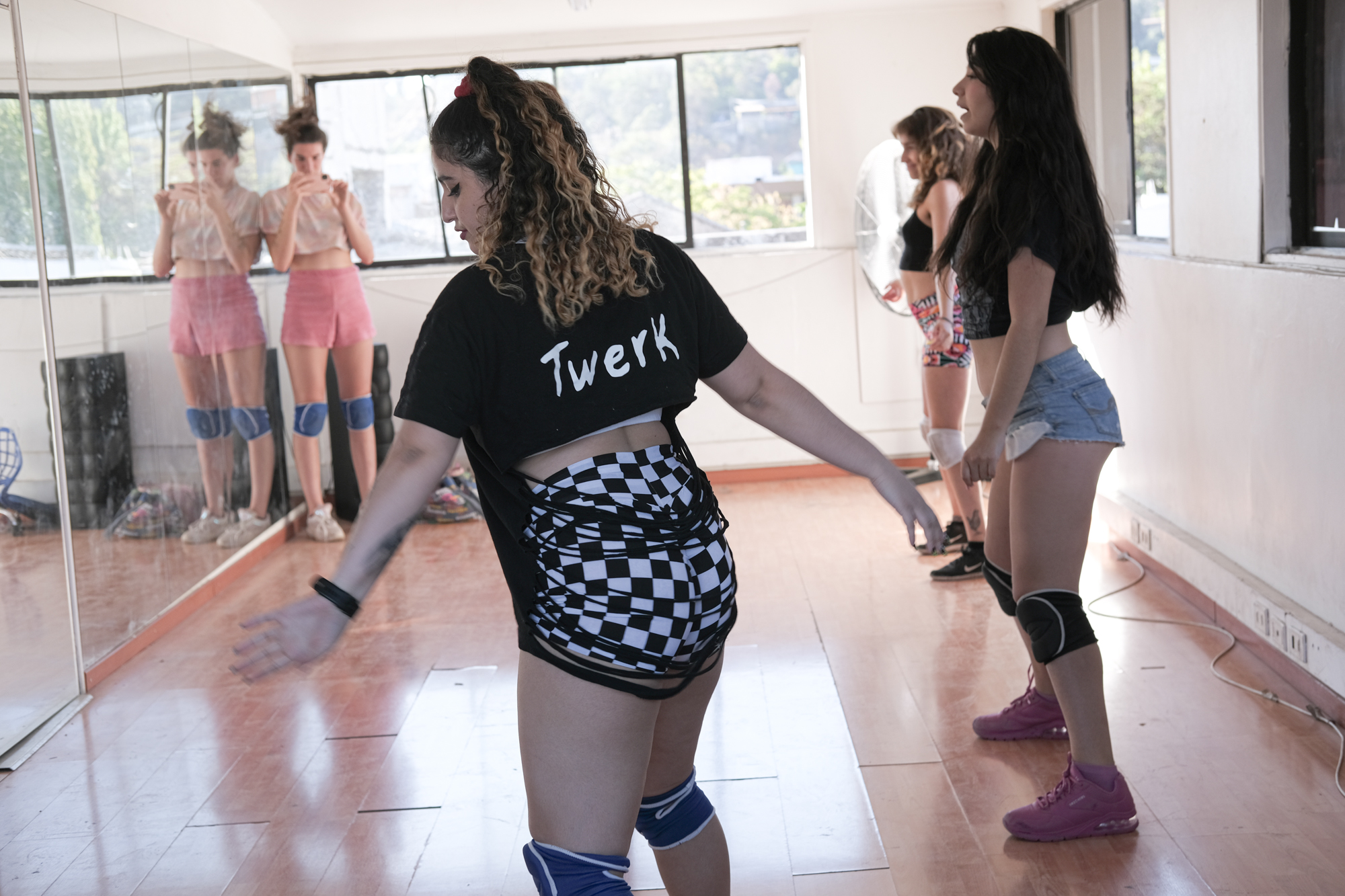 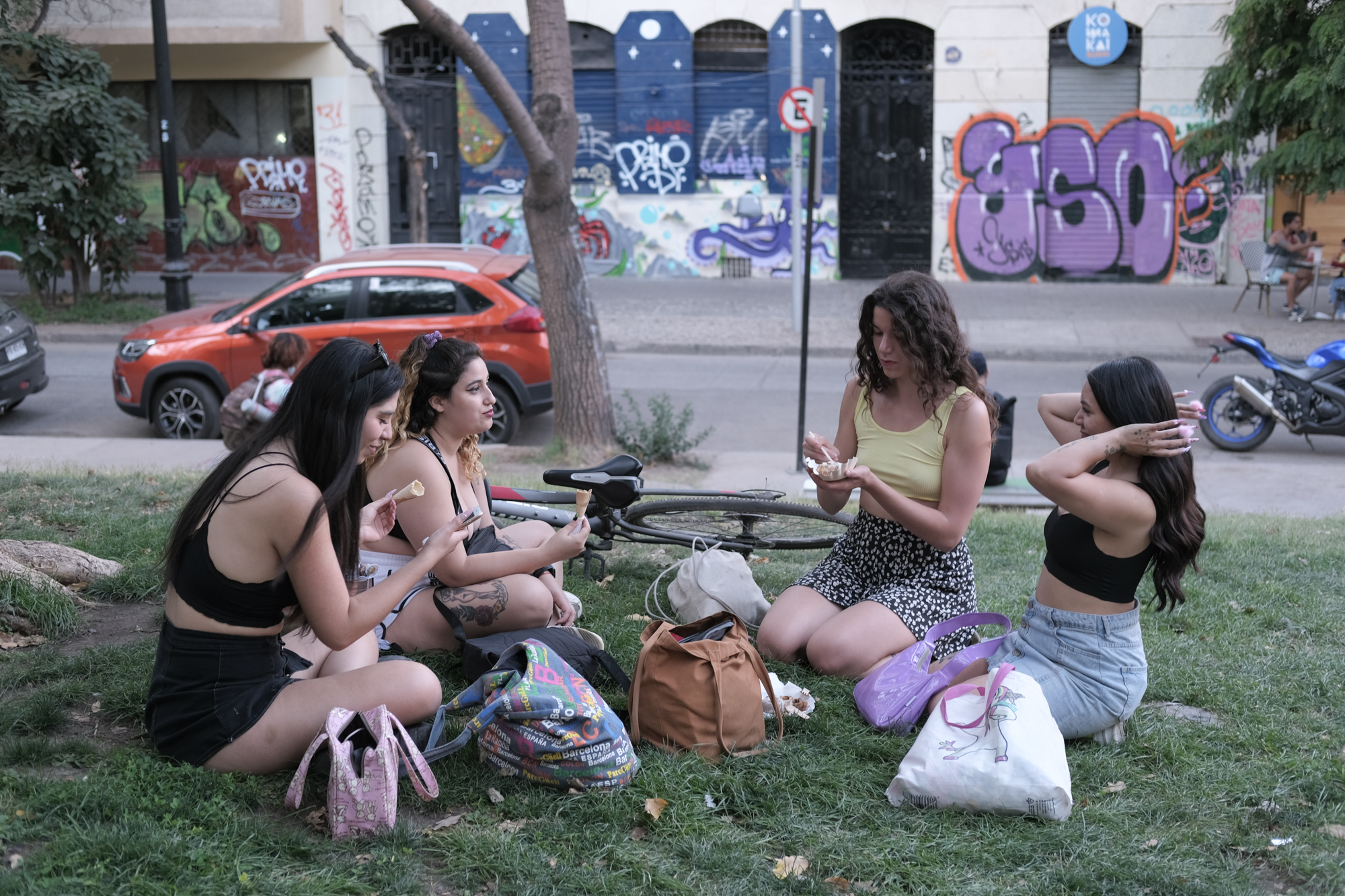 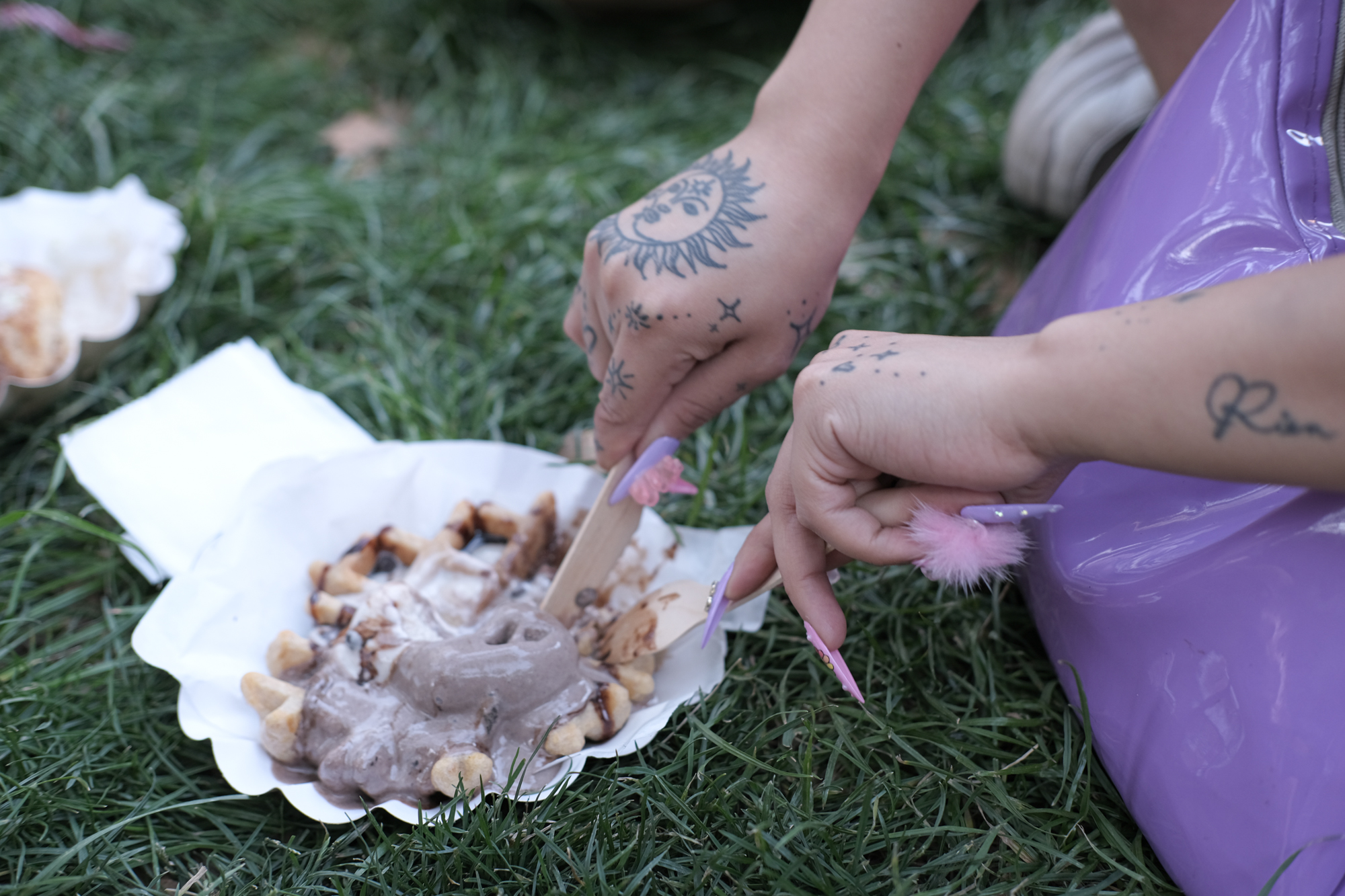 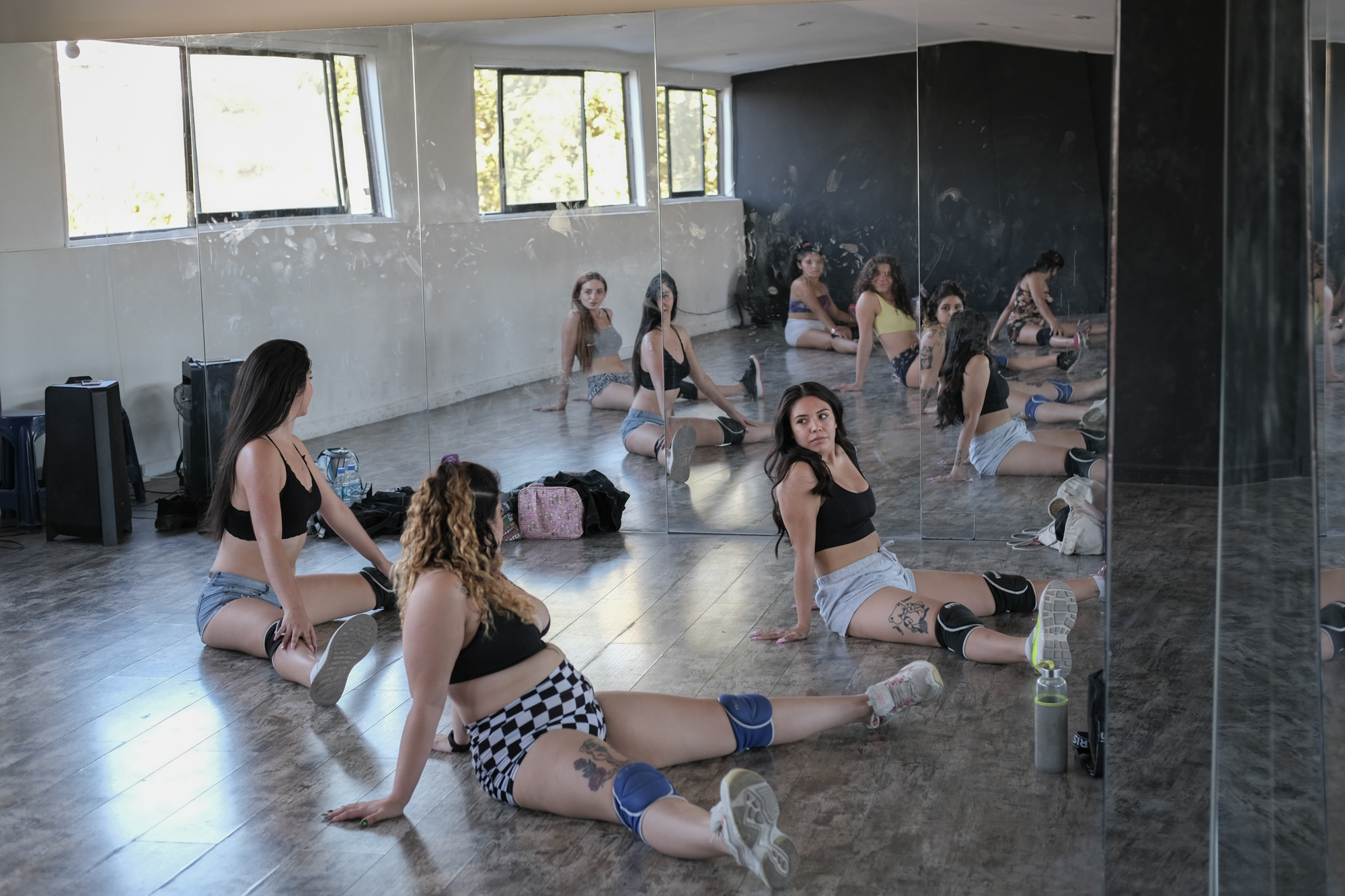 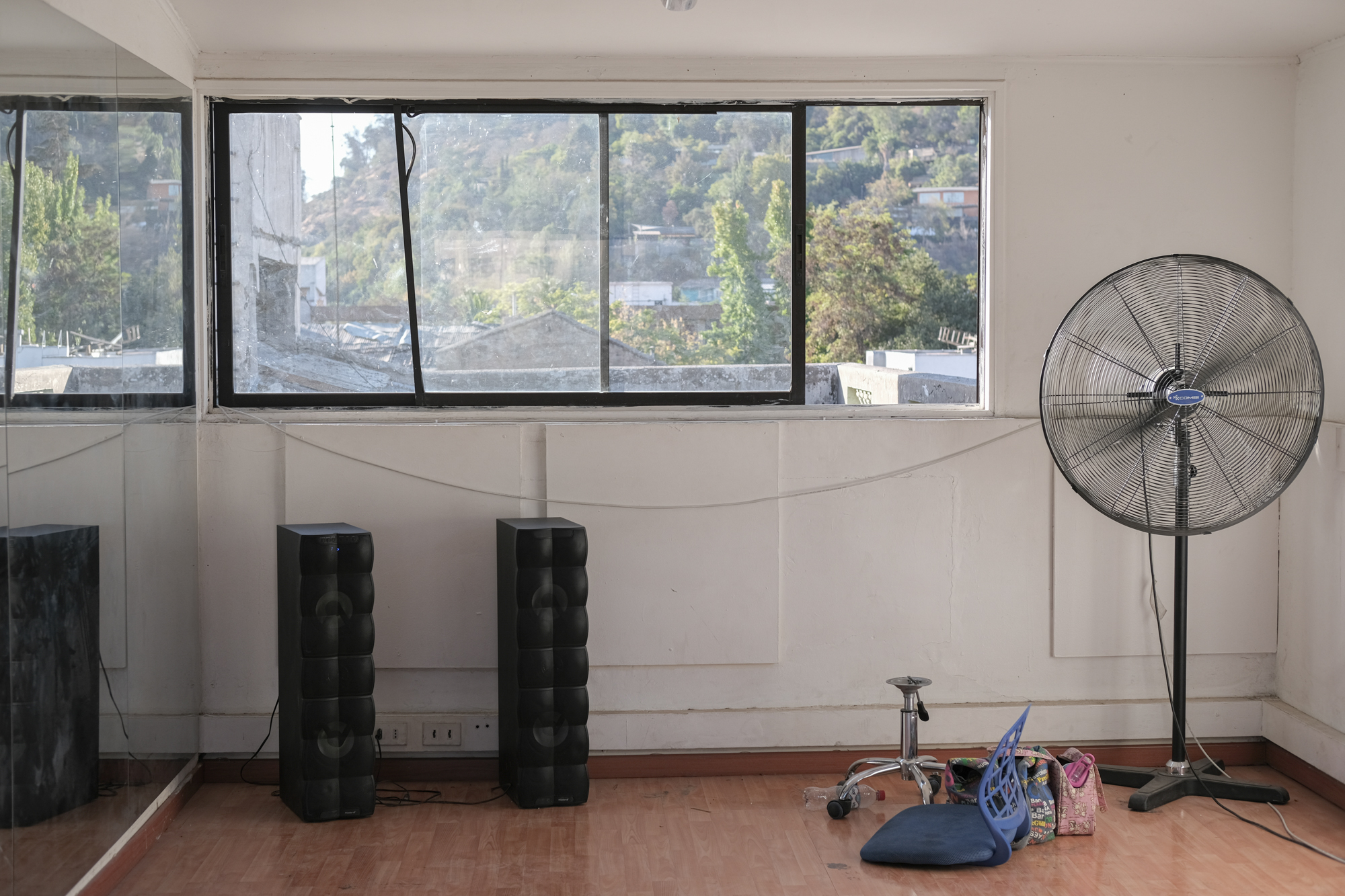