You only need to meet Charlie Buhler once to understand her work: the stories she has documented and the communities she has worked with speak to an extraordinary level of trust between filmmaker and subject. From kid cowboys in Compton, to Indigenous hip hop artists in Rosebud, South Dakota, it is clear to see how people would be drawn to Charlie’s infectious energy and authenticity – and why, in turn, they have been happy to open up their lives to her. This approach lends itself to a unique portfolio of work, led by people rather than agenda, and shaped by the individuals Charlie encounters along the way.

Strongly influenced by her upbringing as a bi-racial woman growing up in a predominantly white area in South Dakota, Charlie discusses how she uses her work to make sense of the dichotomy between how she experiences the world – and how the world experiences her – through the lenses of race and gender. Her work, while defying stereotypes, adds much needed nuance to the representation of rural and urban BIPOC spaces.

We were fortunate enough to get a chance to talk to Charlie about the influences that have shaped her process, the importance of representation of Blackness in rural spaces and the success of her latest fiction feature film Before the Fire – which, being a pandemic thriller, seems now to eerily mirror COVID-19’s reality. 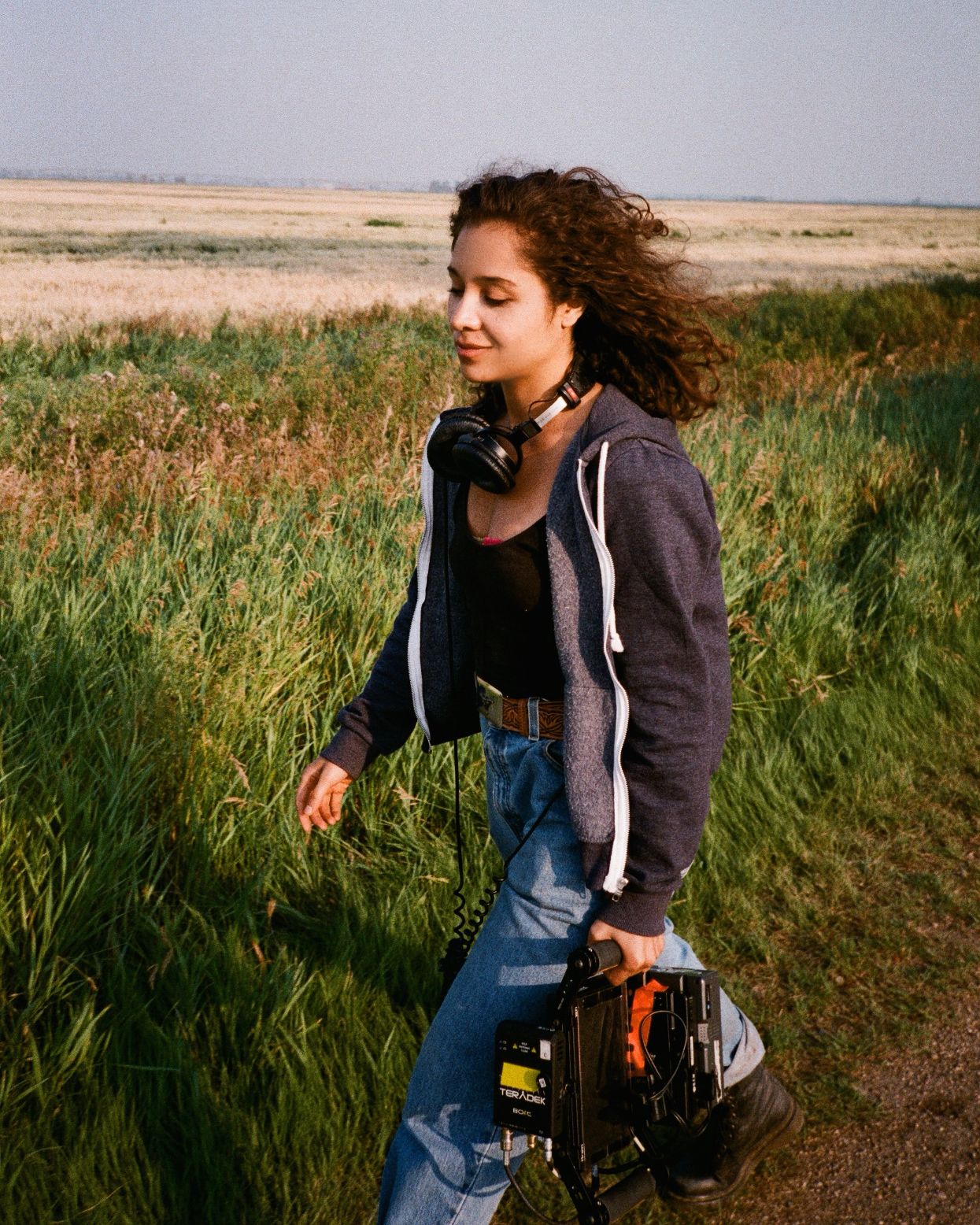 A lot of your work is rooted in representation. Can you tell us more about the importance of representation on-screen and what this looks like in relation to your own lived experience?

Storytelling is one of the most important human traditions.  Stories help us make sense of the world, and when certain people are left out, stereotyped or demonised, those narrow definitions bleed into everything. They shape who we view as “good” and who we view as “evil,” what we think a leader looks like, how we feel a family should be structured… and those negative and positive feedback loops spin around and around until they turn into a self-fulfilling prophecy. It’s so hard to escape it.

When I was young, I never saw myself reflected in the images I saw on screen. I was a Black girl from rural South Dakota, and often felt the world telling me that I was too dark to be a “real” South Dakotan and too rural to be a “real” Black person. I didn’t know where or how I fit in, and it took a lot of de-programming for me to see my perspective as valuable and interesting.  If I can help even one young person avoid that, and feel less alone, my work will have had meaning.

Can you tell us a bit more about specific experiences of Blackness in rural spaces and why this is so important to see onscreen?

Growing up, I felt that as a South Dakotan, my experience was too rural to be considered an “authentic” Black experience, because the film industry almost exclusively focused on People of Colour in urban spaces. More specifically, films often focused on Black people living in urban poverty and surrounded by urban violence. As a little girl, I internalised those images. I thought: that’s what it meant to be Black. It’s incredible that those stereotypes bled into my sense of identity so early. That’s why showing a diversity of perspectives is so important: Black business people, Black astronauts, Black farmers, Black doctors, Black people in love. Any experience a Black person lives in, is, by definition, the Black experience.  The more we explore those specific micro worlds, the more we can connect them back to the universal; the more we realise we aren’t all that different.

How did this relate to your photography project, The Compton Cowboys?

When I first stumbled across Stona, one of the Compton Cowboys, on Instagram, I knew I had to learn more about his story. So, on a whim, I DM’d and asked if I could come down and meet him and the rest of the crew. I was blown away by their passion and talent.

They’ve become a lot more visible in the last year, but it seems unbelievable that it took so long. It’s very common to see people riding horses in Compton – just up and down the sidewalks – and the Compton Cowboys have been around for decades. But, until recently, no one outside of Compton had ever heard about it, because that didn’t fit the predominant narrative, which was more focused on the drugs and gangs. We have to ask ourselves, why? Why didn’t anyone aim their camera in their direction, when there is so much complexity and beauty in their story? 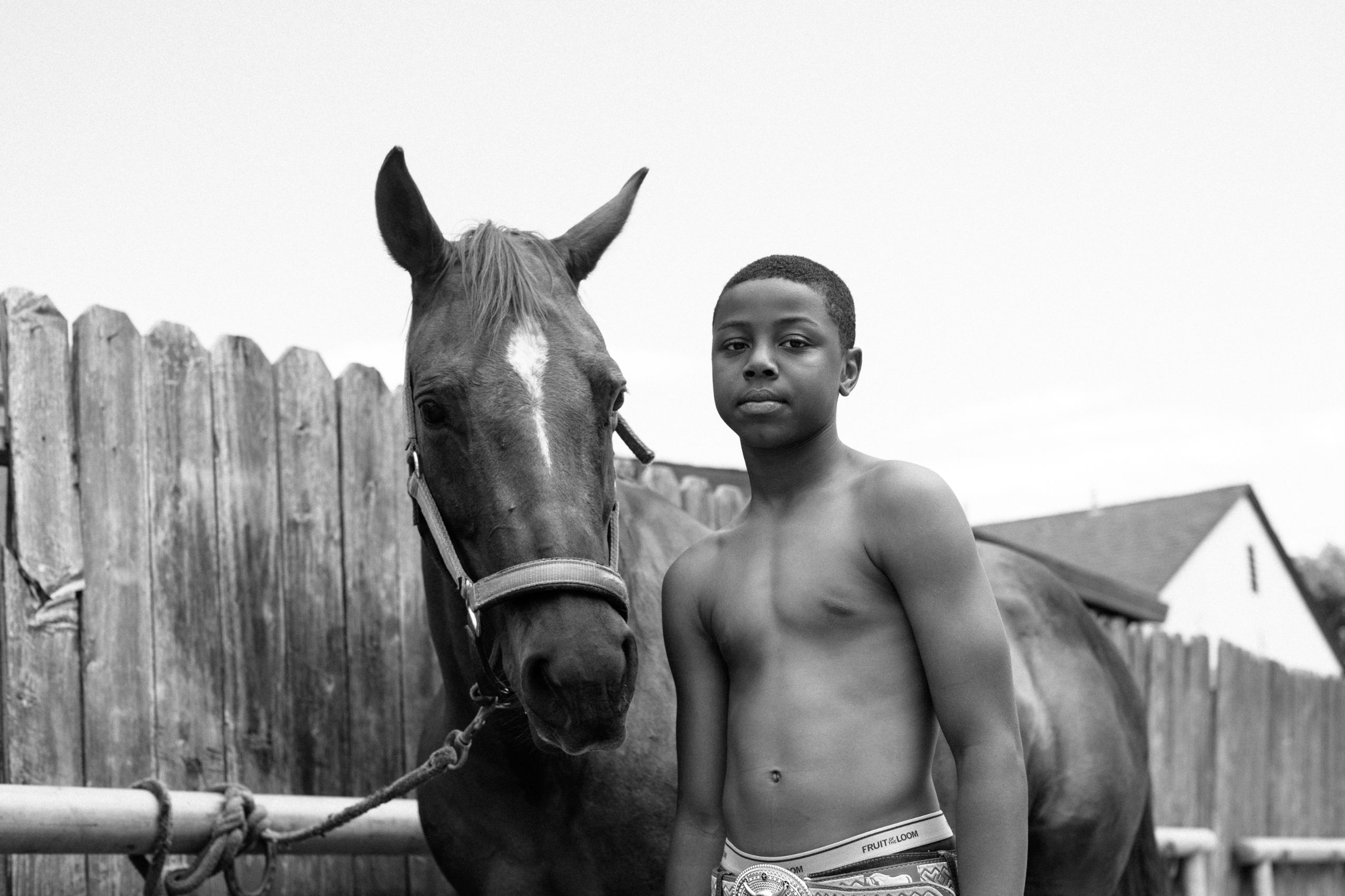 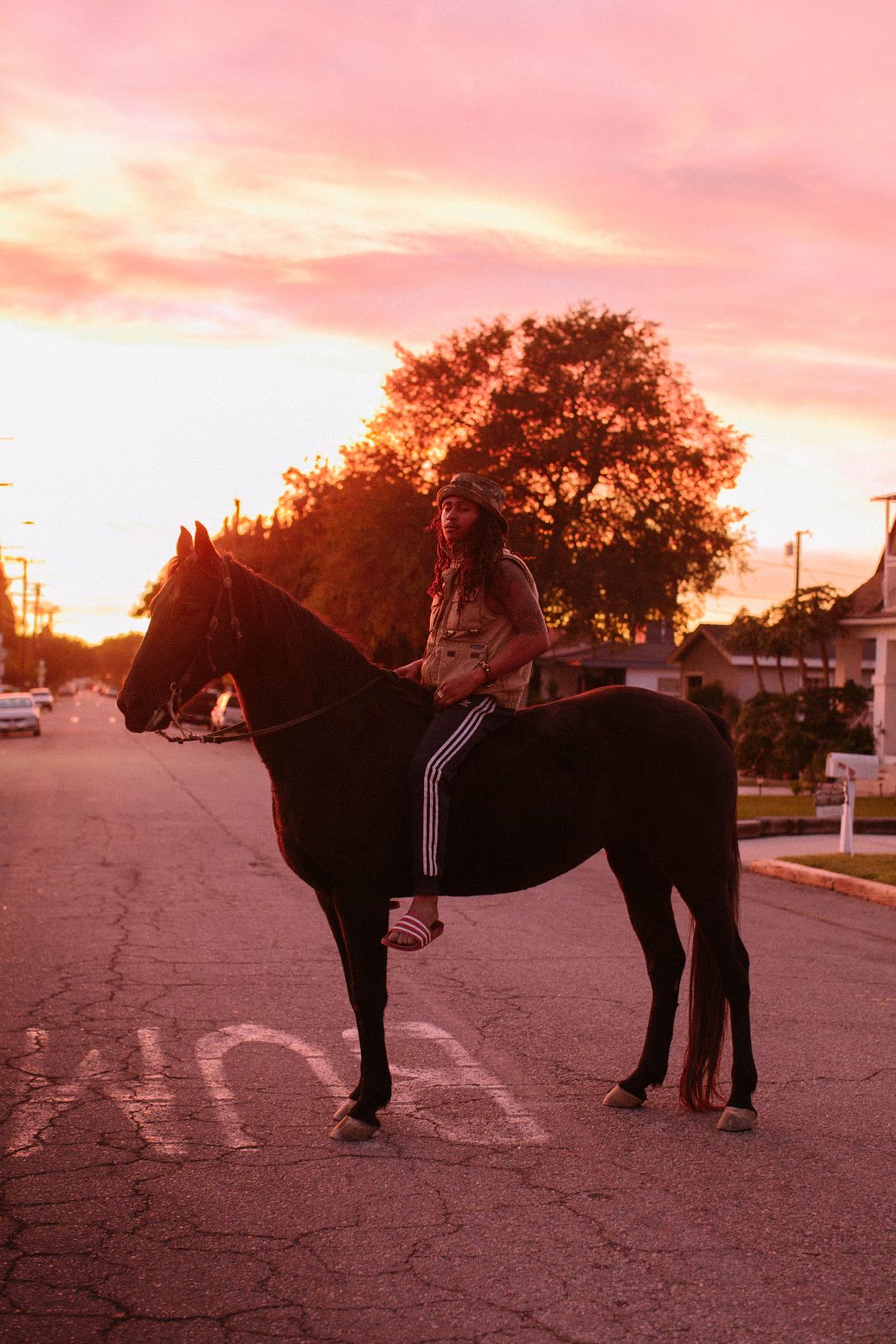 How does your approach to representation differ for you between your non-fiction and fiction work?

I learn so much when I’m doing a non-fiction project. No two people are the same, and neither are their hopes, dreams, or struggles. I’m always surprised and inspired by the unexpected twists and turns those stories take, and, as a result, it’s really challenged me to create more complex and interesting fictional work. There is no better teacher than immersing yourself in someone else’s world.

What is the power of film in offering a platform for different experiences and a more complex understanding of identity?

I love the direction the film industry is moving in now, because the more accessible the tools of production and distribution become, the more democratic the filmmaking process becomes.  In the past, a very select few decided which stories were valuable enough for the world to see. They were the gatekeepers, and as such, became the arbiters of culture. The arbiters of history. The arbiters of truth. But now, anyone with an iPhone and a wifi connection can usurp those powerful institutions. There are these kids in Nigeria who are creating insanely elaborate remixes of superhero movies on their smartphones. Their talent and understanding of storytelling is mind-blowing, and most importantly, they are the superheroes in these stories – an image we rarely see in Hollywood.  No one gave them a door, so they carved a window. The ingenuity makes me hopeful, and also challenges me to be better.

Can you tell us a bit more about your documentary Rosebud and the thriving hip hop scene growing out of South Dakota?

I shot Rosebud back home in South Dakota on the Rosebud and Pine Ridge Indian Reservations. It’s essentially the inverse of my Compton Cowboys project, where we see these incredibly talented young people in the middle of nowhere South Dakota, re-contextualising what we might usually think of as Black “urban” culture. I love that they defy expectations in that way, and given the history between the US Government and Lakota people, it makes total sense.  Of course, hip-hop speaks to them more than, say, country music.  The native struggle and the Black struggle very much parallel each other – so the connection is organic, but the sound is entirely unique. 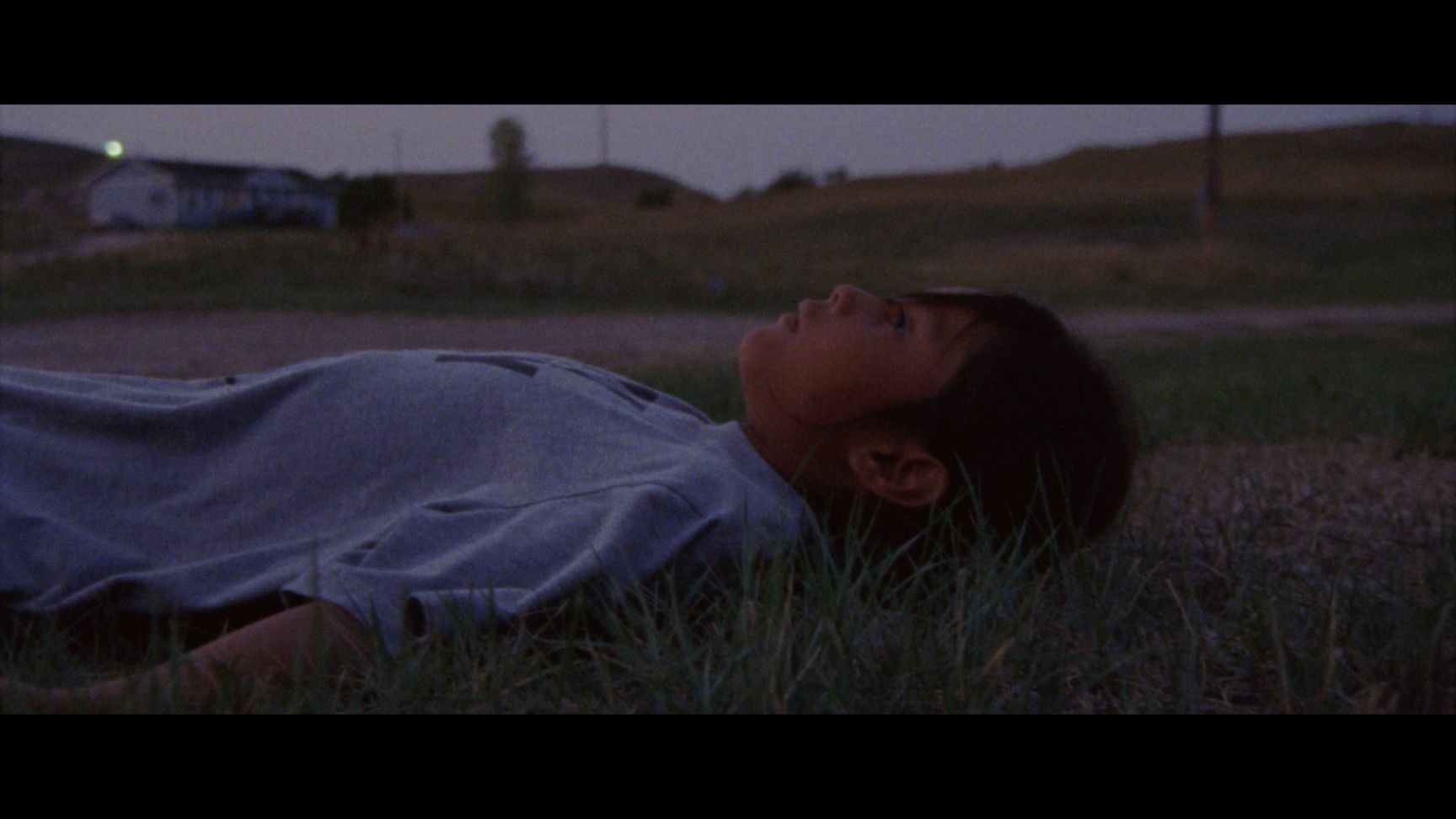 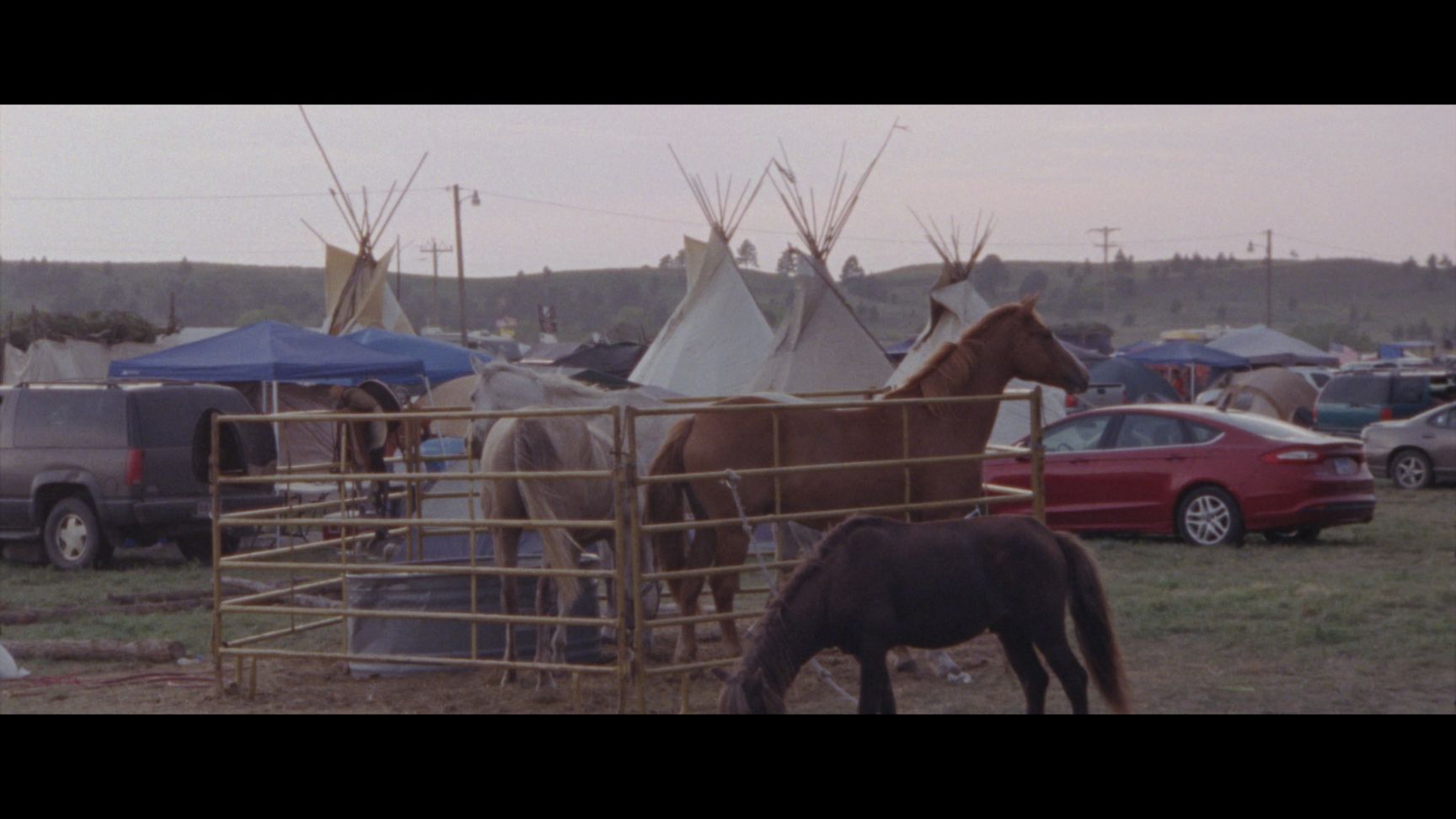 There seems to be a great deal of spontaneity and playfulness in your approach to filmmaking and the stories you choose to tell. Can you tell us a bit more about your process and what stories inspire you?

When I began working with the guys in Rosebud, I didn’t have a specific project in mind. I just heard their music on Instagram, and knew I needed to learn more about their lives. So, I DM’d Colin (I love Instagram for this reason), and asked if I could come to Rosebud and meet him.  I spent a few days getting to know him and his best friend Gunner, and told them that as soon as I could get the money together, I would come back and make a documentary. Everything grew from there. Almost all of my projects start spontaneously like that.

You have just released your latest feature film, Before the Fire, which is a pandemic thriller – can you tell us a bit more about the film and the concept behind it?

This industry is famously difficult to break into, especially for Women of Colour, and the film came from my understanding of that. I knew no one would give me the opportunity to make the types of movies I wanted to make, unless I first proved myself by making something on my own.

So, I asked myself: what resources do I have access to? I knew I had talented friends, a supportive family, a farm in South Dakota, and a house condemned to burn. The story was then reverse engineered to fit those epic set pieces. The film takes place during a pandemic, and even the virus was inspired out of necessity. We wanted to create something that would cause worldwide upheaval, worldwide chaos, but would also be invisible (i.e. cheap). A virus was the perfect solution… we just never imagined how timely everything would become.

What was the process like of seeing this turn from sci-fi to reality? Do you think this has made the audience connect to the film in a different way?

It’s been so wild. I spent a lot of time researching pandemics for the movie, but it was all speculative. Seeing all that research play out in real life has been the most surreal experience. It’s definitely not something we would have ever wished for, but I’m grateful that it’s made people experience the movie in a deeper way. Now that we’re living that reality, everything has deeper meaning. It’s added all of these additional layers, which can be good, but it also hits a little too close to home for some people.

Watch the trailer for Rosebud HERE

Watch Before the Fire HERE 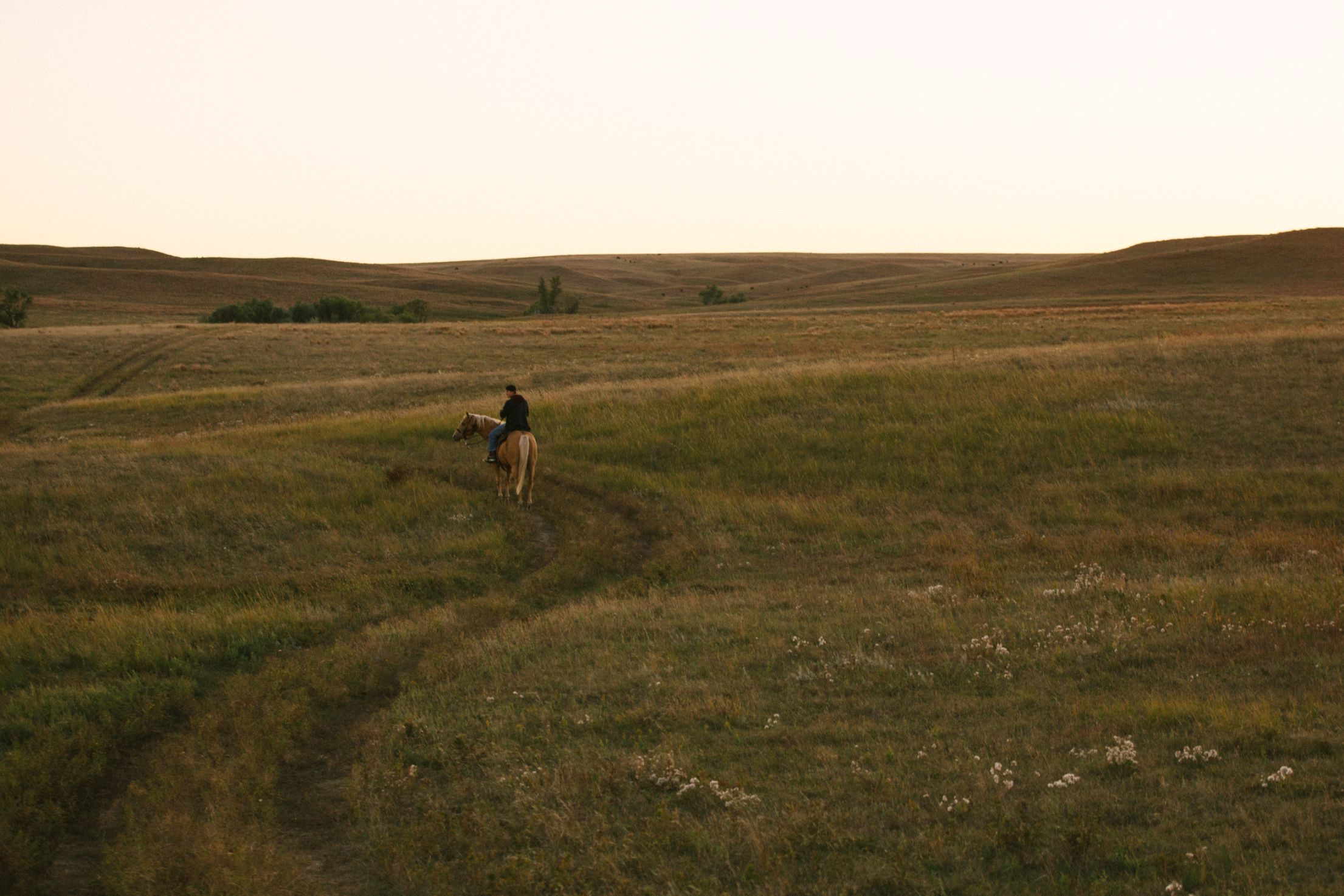 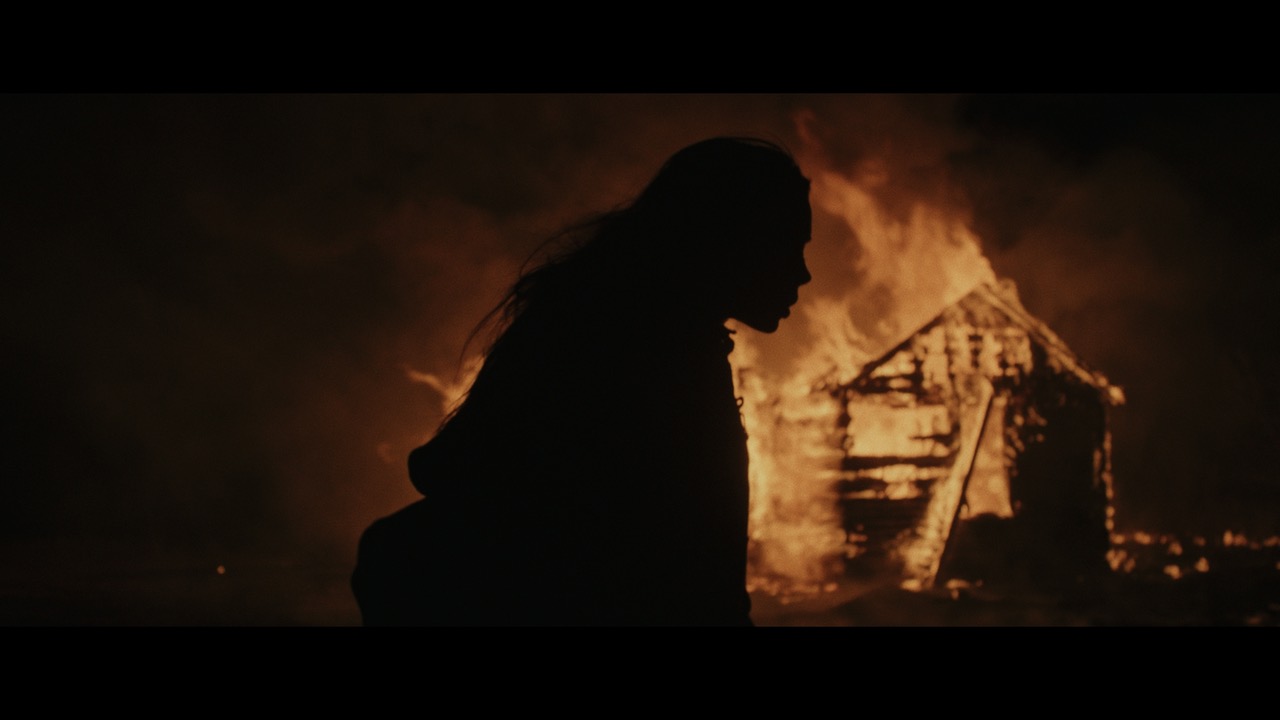