The sound of techno music resonates in the middle of Paris’ République Square where dozens of women gather. Some of them are wearing a green scarf – the rallying sign of the fight for legal abortion in Latin America and an identifier amongst Latin-American feminists more widely.

Lyrics begin to echo: “El patriarcado es un juez, que nos juzga por nacer, y nuestro castigo, es la violencia que no ves” [Patriarchy is a judge, that judges us for being born, and our punishment, is the violence you do not see]. This is the beginning of the performance “Un violador en tu camino” [A rapist in your path], led by the Chilean feminist collective Las Tesis, which has become a unifying demonstration for feminist groups around the world.

This song was first performed by hundreds of women in Chile in November 2019, soon after the beginning of a lasting social uprising in the country. The performance has since been widely shared through social media, and translated into more than 50 languages around the world to protest against the global systemic nature of sexual violence against women.

Who are Las Tesis?

In their creative process, Daffne leads the staging, Lea works on costume creation, Sibila focuses on musical research, and Paula handles design as well as all handmade and digital collages. The interdisciplinary nature of the collective results in performances that are visual, sonic, and sensorial.

At the core of Las Tesis’ art is feminist theory. Their most shared performance “Un violador en tu camino” [A rapist in your path], which is cited in their 2021 manifesto “Quemar El Miedo” [Burning Fear], is based upon the works of Rita Segato and Virginie Despentes, two key feminist figures for the group. Even their name, which translates as ‘The Theses’, originates from the fact that a lot of their work is inspired by academic theory.

When I asked how Las Tesis prepared for their performance, Daffne tells me they researched data on sexual violence in Chile with the Chilean Network Against Gender Violence. They also looked at “how media outlets reported sexual violence and gathered data on our local context, in order to bring it into our performance.” The words of A rapist in your path, which chant: “And it wasn’t my fault, or where I was, or how I dressed”, address the reality of victim-blaming in cases of sexual violence that occur both in the media and in public discourse.

While rooted in academia, in order to make their work accessible to many, Las Tesis reproduce one key idea in many different forms: text, dramaturgy, sound, textile. They then “compose it and make it work in a way that is organic, and that gathers all the forms of expression.”

They believe the interdisciplinary nature of their work makes it accessible on a multi-sensorial level, as the spectator can observe, listen, and sometimes even feel the work as it is produced. Just as they’re taking theory out of academic institutions, Paula says Las Tesis aim to bring art outside of museums and galleries to instead allow for something collective that can be repurposed by many.

Mara Montanaro, an academic at Paris VIII University working on Latin-American feminism, notes that the work produced by Las Tesis ensures that feminist theory does not remain an abstract concept that has no footing within the wider feminist movement. She adds that the collective’s performances instead embody a way of bringing academic theory into the streets.

From Chile to the world

Las Tesis’ performances gain their captivating potential because they can be, and have been, reproduced by groups anywhere in the world – made easier by their lyrics and choreography being readily accessible online. And while they share an access point of feminism and women’s rights, each performance addresses a particular context, allowing for the movement to grow into different localised iterations.

A striking example of this was seen in Turkey in 2019, when around 300 Turkish women performed “Un violador en tu camino” in Istanbul. The police tear gassed the women performing and arrested seven of them. After the arrests, eight MPs sang the Turkish translation of the song in Parliament in a show of solidarity and protest. The women arrested were finally acquitted of their charges in June 2021.

The need to reclaim public spaces

By composing work that can be recreated anywhere in the world, the collective has created a device by which to reclaim public spaces. Sibila tells me more about the importance of reclaiming the streets: “[The streets] are spaces which have never fully belonged to women. They largely represent sites of vulnerability, and these vulnerabilities are intersectional and are linked to different forms of oppression.”

She continues; “therefore it was important for us to use different strategies to make our demands visible in these public spaces and sites of violence.” Las Tesis chose to stage their first performances in public places such as police stations, to denounce police inaction and complicity in cases of violence against women in Chile.

The work creates a shared experience between those performing, which is part of why their performances are so empowering. Lea explains: “We have grown up in a society where we are born to believe that power is acquired with objects, economic growth, money and social status. But true power is found within, and performance allows us to make visible the combined power of our bodies.”

“So the question we should be asking ourselves is: what are we going to do with this power? The answer needs to be: Use it.”

From art to politics

The overarching aim of Las Tesis is to foster concrete political change in the fight for emancipation. For them, this involves confronting our current reality with artistic devices, a method which sits in contrast with the weapons used by the state. But as Mara Montanaro points out, Las Tesis’ performances are just one in many grassroots Latin American feminist movements.

After seeing the global response to their first performances, it is clear for Las Tesis that there is a need for them to continue creating and performing interdisciplinary work. Daffne believes that: “as was seen with the legalisation of abortion in Argentina, it is only from society that change can happen, our voices can rise and create change in institutions”.

With the translation of their performance into new languages, the transcontinental reach of their work shows a new unification of Latin American feminism with wider international feminist movements. Sibila adds, “We are at an important moment in history for the feminist movement. It is a commitment, a dedication, to maintain that constant struggle, everywhere, all the time, for all our lives.” 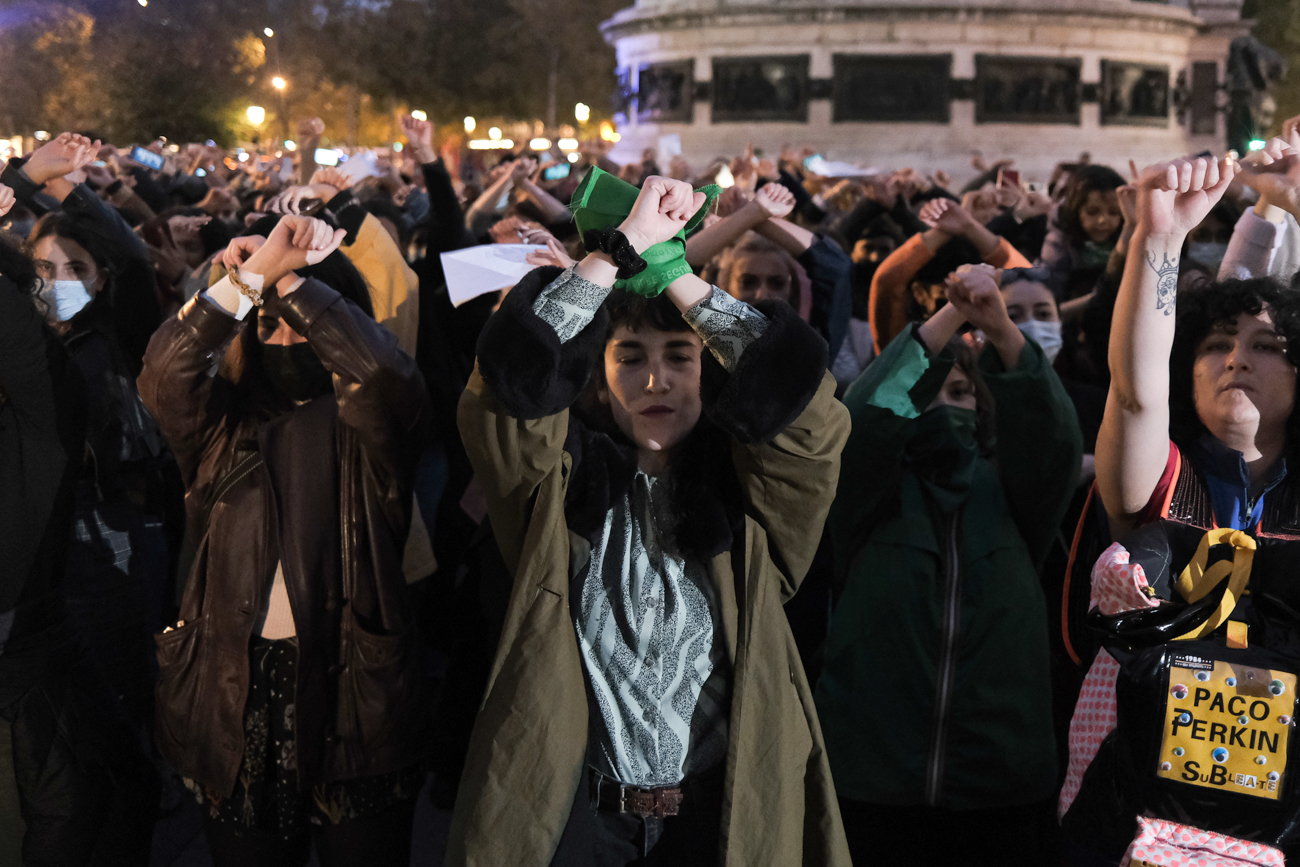