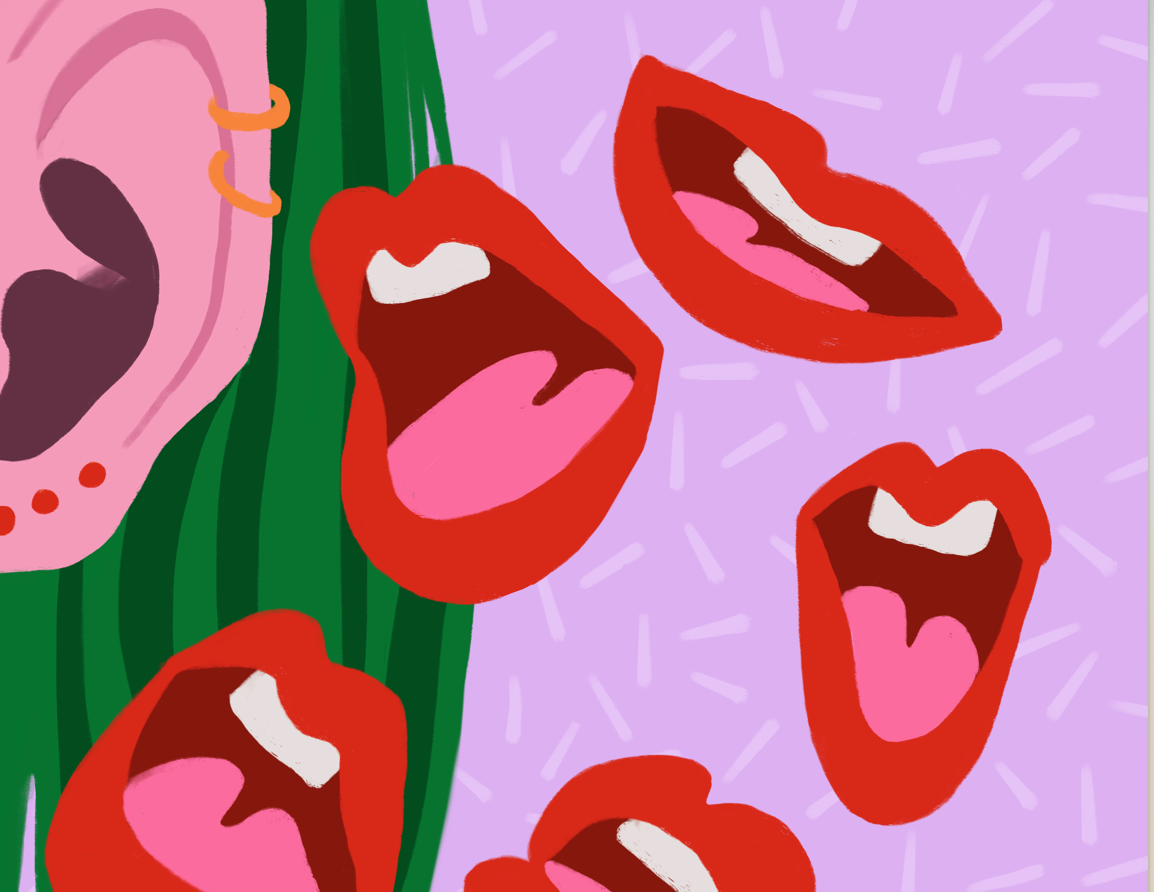 An Ode to Mispronounced Names

I spent the first few months in the Diaspora
giving baristas American names like
“Samantha, just Sammy for short,”
instead of my [also] three-syllable name
because unless you stop to listen to
my name’s pronunciation,
you’ll hear “Shina”, “Sheemuh”,
and unless you stop to ask me
where I am from, then you won’t
hear of how I’m actually named after my paternal
grandmother, and my name is a word
in the Holy Quran,
but it is as uncommon
there as it is here.

I spent the first year of graduate school
introducing myself, as “My name is [______],
[insert stutter] but I go by [inserts shortened version of name].”
The fuck I do.
Even my Instagram and Twitter handle gets
butchered –
the A always gets elongated,
always harsh,
and that’s how I felt on the inside sometimes,
when I heard my three-syllable-name-spelled-the-way-it-is-said
roll off tongues with difficulty and often
no effort [to not butcher it].
But I sort of stopped introducing myself this way
the moment I heard my classmate always stressing the
‘E’ in Enijah – her name,
and the stress felt like, “get it right already.”
And I thought, same girl. Same.

I once butchered a white name
-I am not absolved from butchering –
by pronouncing it the way it was spelled.
“It’s [K——–uh],” I was told,
and it wasn’t even his name to fight for,
and I wish I had someone to fight for
my name when I chose not to,
and I always wait to hear if he’s finally going to say my name
and not whisper it in the soft way he does,
unafraid to make a mistake,
able to ask if the syllables are rolling in order.
Maybe that’s when I realised a white man
can never fully love me the
way I want him to –
his lips mouth sweet proclamations, but
what’s sweeter than speaking a name
born out of the holiest of poems?

Caleb Azumah Nelson: “Open Water is for the young Black people who don’t see themselves reflected in literature”

I spent five minutes arguing
-in Arabic-
with my youngest brother
by the cashier register at Cane’s,
telling him to give his real name
-Malik-
not “Mike because it’s easier”,
and I spend most of my time in the Diaspora
reflecting on all the moments spent
accommodating easier,
when all I want to tell is the
story of how I got this name.