Healing by Helping Others

Recovering from trauma can be a long and complicated journey. Sometimes the road to recovery is confusing and bleak. Other times there is no recovery; only a dead-end. There is no right or wrong way forward; we all handle our traumatic experiences differently. In my case, I eventually found peace and solace in helping others. It wasn’t always this way, and it certainly isn’t this way for all survivors, nor should it be. Ask anyone who has come back after fighting in a war zone, or anyone who was ever diagnosed with post-traumatic stress disorder. We all internalise our grief differently. We all absorb our experiences in very different ways.

I am a survivor of childhood rape. I was groomed, abused and eventually raped by my perpetrator. I was raised in a collective, and at times, patriarchal culture. Sexual health isn’t discussed, the opposite gender is vilified throughout adolescence, until you reach ‘marriageable’ age, and then you are expected to make the enormous leap from being prude, shy, uninformed, to suddenly amalgamating your life with another human being. Add a traumatic experience during childhood into the mix, and this severely complicates things.

Part of my personal experience was magnified by sex being such a stigmatised topic. The guilt compounds. The societal and cultural pressures placed on women and girls prohibited me from speaking out and even fully understanding and acknowledging what happened to me. Despite being empowered by my parents at home, I was confused, to say the least. I didn’t fully understand what had actually happened to me for many years after.

When I was groomed (by someone in the local Indian community), repeatedly abused and eventually raped, I didn’t know what to do. I couldn’t tell anyone, and I didn’t for a very long time. I could have. But I didn’t. I was ashamed and didn’t know how to talk about what happened to me without feeling guilty or dirty. I was too embarrassed to tell my parents, my friends. I wasn’t comfortable speaking about what had happened to me, because things like my body, sexuality and ‘relationships’ or simply boys were things we didn’t really discuss. Even though my family would have believed me and supported me, I was ashamed of what happened. I was angry with myself for ‘allowing it to happen’ (despite me clearly having no control or say in the matter), and the guilt of having done something which was never talked about; something that is sacred and must only be done after marriage and with one person. I barely even understood what had been taken from me, but I felt like dirty, damaged goods. The shame stuck with me like a bad haircut for many many years.

To compensate for what I was feeling, I acted out. I did things that were out of character. I rebelled. As one does. I ended up becoming pretty distant from those who used to be close. Always fine on the outside, broken on the inside. Never getting too close. I ended up having very severe trust issues, and really struggled with depression and anxiety. It took me years to even accept what had happened, and many more years to start my healing process. Even some of my closest friends are/were surprised when they find out what happened to me. “I never would have thought…”.

Keeping your trauma inside can be isolating, harmful, and is basically a ticking time-bomb which leads to a massive implosion (or explosion). Being abused or violated is bad enough. No one should have to conquer that mountain alone. Bottling up your feelings about trauma is detrimental to your health is a recipe for anxiety-induced disaster. Life can take many different turns once it gets to that stage, but more than likely none of them are positive ones.

Fast forward to now and I have become a very different person to the young naïve girl I once was. That day changed everything. The road to recovery has been tough, but I have come a long way. I have always known that I wanted to advocate for women and girls impacted by gender-based violence in some way, but I was never able to articulate exactly what I wanted to do or how I was going to do it. And then I got pregnant with my first child. Becoming a mother inspired me to turn my pain into a force for change and help other people.

Today, I am happy, healthy, and have all the love and support in the world from my darling little family and friends. I have my very own daughters, who are more precious to me than anything or anyone in the entire universe. They are the light of my life, and yet I am terrified to raise these two tiny people because the world has become a scary place, particularly for girls and women. I plan to tell my girls everything, the good and the bad, even the things I’m still not comfortable talking about. It’s not about my comfort. It’s about their safety.

I created​ shewillsurvive.com​ because I want my daughters and every other girl and woman in the world to know that they are not alone. My project is my gift to every girl who feels like she wants to speak out but she doesn’t know how or to whom she can turn. she will survive’s mission has two parts: to provide support resources to every woman or girl impacted by sexual abuse or violence; and to spread awareness, initiate change and eliminate harmful behaviours and cultural norms which contribute to gender inequality or encourage gender-based violence. My goal is to make an impactful change so that no one ever feels like they can’t speak out, and to get people to start having awkward conversations with their children. If I’m successful, maybe less people will grow up to be abusers and more will grow up believing in treating others with respect so we can finally obtain true gender equality for everyone.

Is activism or advocacy the answer to healing? For me, yes it seems to be. I find a solace that I cannot find elsewhere by doing this work. Is it for everyone? Absolutely not. Just because you are a victim of a horrible injustice, it doesn’t mean that it’s up to you to fix that problem in society. But in my case, I will keep fighting and working towards a world with true gender equality and without gender based violence, because it’s in this work that I can make peace with what happened to me. 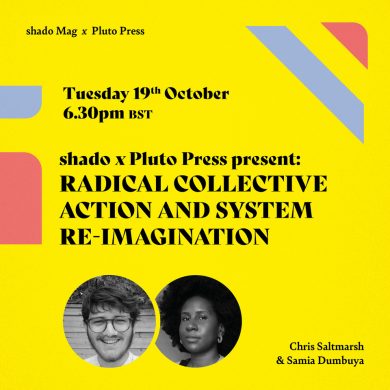