The Nakibembe Xylophone troupe on memory, ancestry and the transportive power of music

Music has power. Whether this is due to the release of dopamine that our favourite melodies can inspire, or by some other innate and mysterious response, music can drastically impact our moods.

Rarely however, do I find myself fully transported by music. But, standing in a tent at Roskilde festival, watching the six-person Nakibembe Xylophone Troupe simultaneously weave together polyrhythmic phrases that invoke 700-year-old traditions, I was far closer to meditating than I was merely listening.

The Nakibembe play a specially designed type of xylophone or embaire, which was created by troupe leader Ngobi Rashid to accommodate more people playing at once. The keys are made from ensambiya wood and are struck with sticks made from a heavier wood called enzo. Unbelievably, I was only treated to a fraction of the whole performance at Roskilde – normally the group encompasses 27 people, an ensemble made up of fiddle players, dancers, singers and shakers.

Even though the troupe were performing in their reduced capacity, the show was still a frenzy. The embaire is an instrument that demands a whole combination of body movements, so when I meet with the troupe after what can only be described as a percussive workout the night before, I’m surprised to see them looking so rested and up for chatting. In the blazing Danish sun, I sit down with Ngobi Rashid (56), Kapado Faizdo (35) and Don Zilla (30) to discuss their mesmerising performance and their hopes for the future of the troupe.

I ask them if they’re tired and Zilla, a producer who often plays with the troupe and acts as translator for our interview, laughs. “For them, it’s like drinking water. It takes a lot of love and sacrifice to get to that point, but they wake up ready to play embaire.”

After the performance, instead of immediately falling asleep as I would have assumed, Zilla tells me the troupe stayed up to chat about the love they had felt radiating from the crowd. “For us, it’s about the experience,” says Zilla. “We’re creating memories in people’s heads. There’s a lot going on in people’s lives, but there is a moment of healing and forgetting what is troubling you with our music. We help you find happiness and peace. So, while we cannot reach out to everyone verbally, the sound of our music touches everyone differently. I call them magicians because I know personally what impact it has on people’s lives.”

Originating in Busoga, Eastern Uganda, the Nakibembe Xylophone Troupe are some of the last of their kind. Despite a history of playing in palaces and to state dignitaries, as foreign music saturates the market amongst the younger generation, this communal and powerful cultural aspect is in danger of becoming lost.

However, the troupe aren’t willing to fade into the past without a fight. “You can’t know where you’re going unless you remember where you’re from. And that’s what people have forgotten,” says Zilla.

Discussing the cultural importance of the group, Zilla continues: “My prayer is that the young generation of today embrace where they’re from, because that’s where their source of power is. And that’s their identity, if you deny it, you’re denying yourself.”

The Nakibembe don’t just help the younger generation connect with their past – they also guide people through the present. “Our songs teach people how to live, how to cooperate, how to respect elders and women,” Zilla asserts. “They’re educational songs. They’re so meaningful and when you’re attentive, you can learn more from these songs than you can in school.”

With precisely this in mind, the troupe have now set up an academy to teach the next generation of players. I ask them if it’s hard to find new recruits, and translating Rashid’s words Zilla tells me, “in Africa, things are more communal – your neighbour is your sister, so you would never bypass them without checking in. So, everyone comes to support us when we play embaire. Even people on their way to work will spend a few minutes. In this way, new players aren’t hard to come by. The trick is paying attention to the kids who stick around once the performance is over.”

While the troupe is intergenerational, with 30-year-old Zilla’s membership a testament to that fact, they still face challenges garnering mainstream attention. However, this may not be such a bad thing. Rashid tells me that due to the fact they play embaire differently to other traditional musicians, they’ve attracted more alternative interest which has allowed them to travel all over the world. The latest outcome is their signing to Nyege Nyege tapes, East Africa’s experimental electronic music label, and their subsequent booking for Roskilde Festival.

Explaining how he feels about this niche success Rashid continues: “It’s like when you start farming. You plant your seeds, and you have some hope they’ll be able to produce a good harvest. When we started Nakibembe we never thought it would grow to this point. But it’s proof – whatever you plant has to come to harvest. This is just a very very good harvest.”

The response from the previous night’s show proves just how good this harvest is. “I see a very bright future now for the Nakibembe,” says Rashid. “There’s potential for a million more people to discover us, I think we’ll be bigger than the big bang. I know I’m going to go to the other side one day, so that’s why I’m working as hard as possible to ensure that we’re leaving a foundation of divine ancestral knowledge to the younger generation.”

Faizdo reflects on the older man’s words, and concludes: “When we come here and see all this love, it’s so inspiring. So please go and support us so we can come back and perform more. We want the whole world to know about us, so that even when we are gone, we will be remembered in the books of life.” 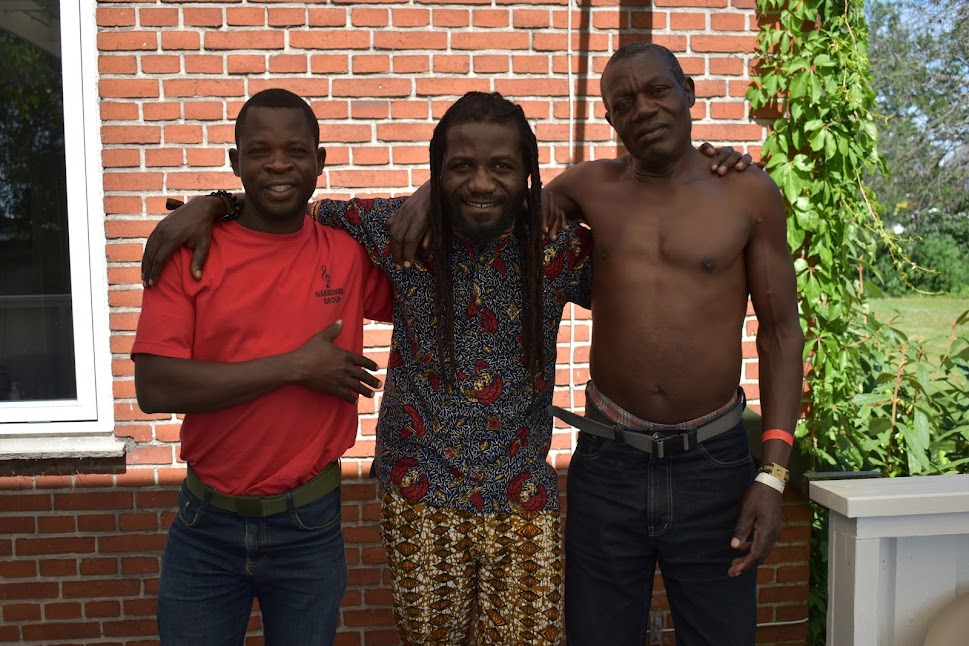 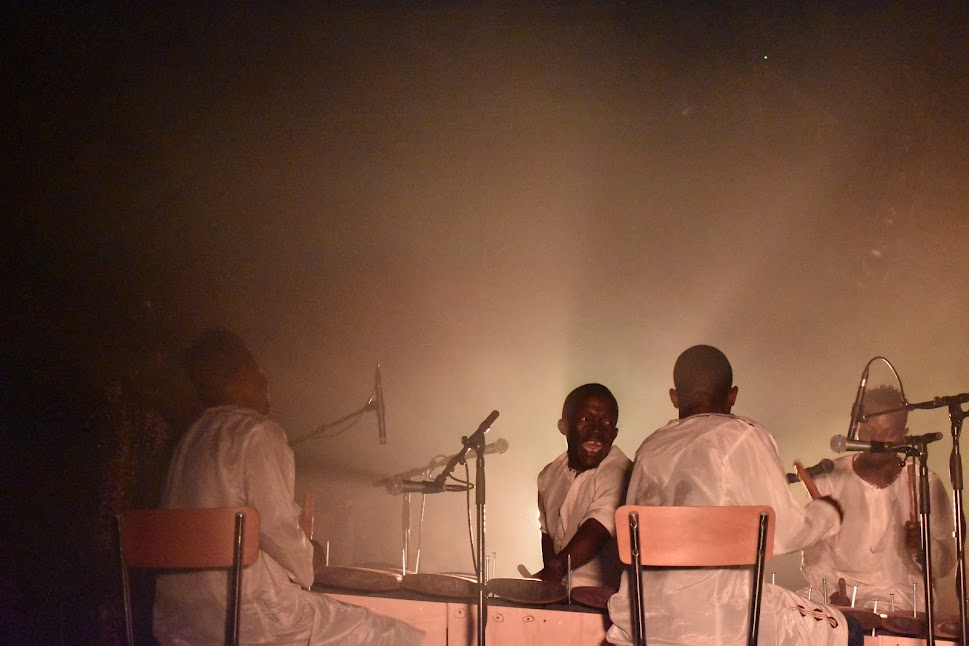