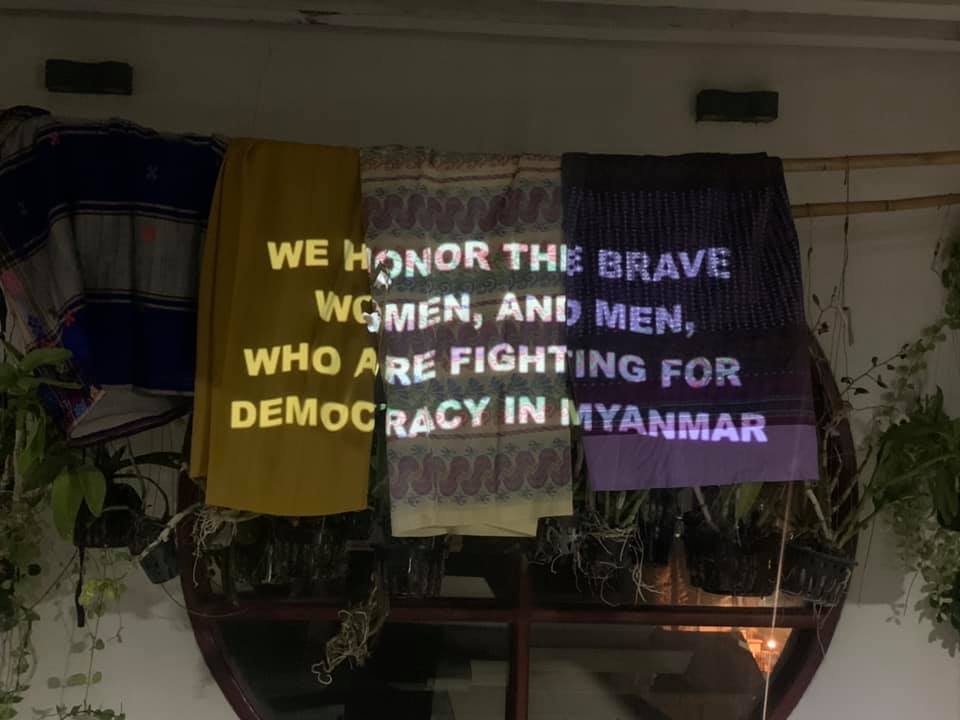 The revolutionary artists fighting for democracy in Myanmar

The 100 Projector Project is a group of Myanmar revolutionaries using visual art to rebel against the violent military coup. Zoe Rasbash speaks to a member of the movement – Lori* – a filmmaker putting her life on the line each day to bring hope to the movement. Since this interview, Lori has been detained by military forces.**

On February 1st 2020, Myanmar’s military instigated a violent coup to seize leadership after the National League of Democracy (NLD) won the November general election in a landslide.

An almighty civic movement calling themselves Myanmar’s Spring Revolution rose to oppose the dictatorship, holding mass protests across Myanmar. Grassroots minority groups, such as the LGBTQI+ community, joined teachers, lawyers, students, government workers have taken to the streets, with the protests escalating in size due to the power of factory labourers. Security forces employed violent tactics to oppress the swell, arresting and murdering civilians and protestors. Democratic leaders were abducted, and their tortured bodies returned to their families. Despite internet blackouts, protestors on the ground inform international allies that armed soldiers wander the streets of cities at night, shooting at random to terrorise the residents.

While NLD members who escaped arrest urge protestors to continue fighting, many fear their lives. Now, artists, directors, poets, and filmmakers have united to lend their talents to bring hope to the movement in unusual and impactful ways. One group of likeminded artists, calling themselves the 100 Projector Project, are using guerrilla tactics to project videos of pro-democracy art in public spaces to spread a message of solidarity across Myanmar.

“The military terrorist groups are conquering street by street systematically by pointing guns and threatening civilians every day,” says Lori, a filmmaker and leader of the 100 Projector Project. “They know their advantage is having guns and fear has taken the people.”

“We needed a positive message, so we decided to spread it.” Lori and her comrades, a group of 40 artists and revolutionaries across Myanmar calling themselves projector fighters, work in secret. Using projectors, they broadcast defiant and hopeful messages through paintings, graphic art, performance art, film and photography in public spaces, onto buildings, roads, trees, flat surfaces, bridges and cars.

“We want to protest every 24 hours until we win. We will use every tool to do so.” Lori tells me after a few days of radio silence, as she had attended a protest that turned violent and saw many of her friends detained. “We use guerrilla tactics to light up the energy of the people. We project positive and victorious work.”.

I asked Lori what it is like being an artist in Myanmar right now. “We grow up very oppressed in terms of education and politics. So we find a way to express our voice. We find a way to dare to dream. Art is one of the ways we can express ourselves.”

Artists across the country are the vanguard of this revolution, creating essential spaces for rebellion, reflection and experimentation. “We don’t have ready-made solutions for our country. The process of creativity is very important. There are lots of creative ways of protesting across Myanmar. All the leaders and citizens are experimenting with every possibility of what could win – this is very abstract.”

“The 100 Projector Project is one of our experiments. We use it to spread our voice.”

But many artistic leaders are facing brutal and violent treatment at the hands of the police. A poet, Kayza Win, was shot dead at a protest in Monywa on March 3rd. Writers Maung Thar Cho, Htin Lin Oo and Than Myint Aung have been detained, alongside musicians Saw Phoe Kwar and U Kyi Win. Further, award-winning actor Lu Min and filmmaker Min Htin Ko Ko Gyi have been arrested alongside another fifteen prominent poets. Kyaw Thu, a well known actor, and his wife are on the run after their humanitarian clinic in Yangon was raided and destroyed by the military.

It is like we are creating one painting. We know what we would like to paint. We will finish this painting. But we paint with our blood.”

Lori shares with me a call for solidarity from Myanmar artists to the global creative community. “We put the video clips in multiple languages so you all can understand our emotions: how hungry we are to escape from this shit and how we continue to resist.”

A growing movement of international allies has taken up the mantle of projector fighters, broadcasting their videos in other countries across the globe such as Finland, Thailand and the Philippines. Activists on the ground in Myanmar ask all of us to take up this mantle and share the message, using projectors to broadcast their videos in public spaces and send photos back in Myanmar to bolster morale. “It helps us emotionally, we feel supported” says Lori. Instructions on how to download and share their videos can be found on their Facebook page.

The last words Lori sent to me before her arrest were “THE REVOLUTION MUST WIN!”.  As many across the world face an authoritarian crackdown on the essential right to protest, international allies must stand in solidarity with our siblings in Myanmar. Currently in my hometown of Bristol, UK, citizens are mobilising on mass to oppose the new Police, Crime, Sentencing and Court Bill which gives more powers to the police to criminalise public protest. The fight for fundamental democratic rights is a global one, and recognising this only makes our movements stronger.

*Name has been changed to protect interviewee.

** Lori has since been released 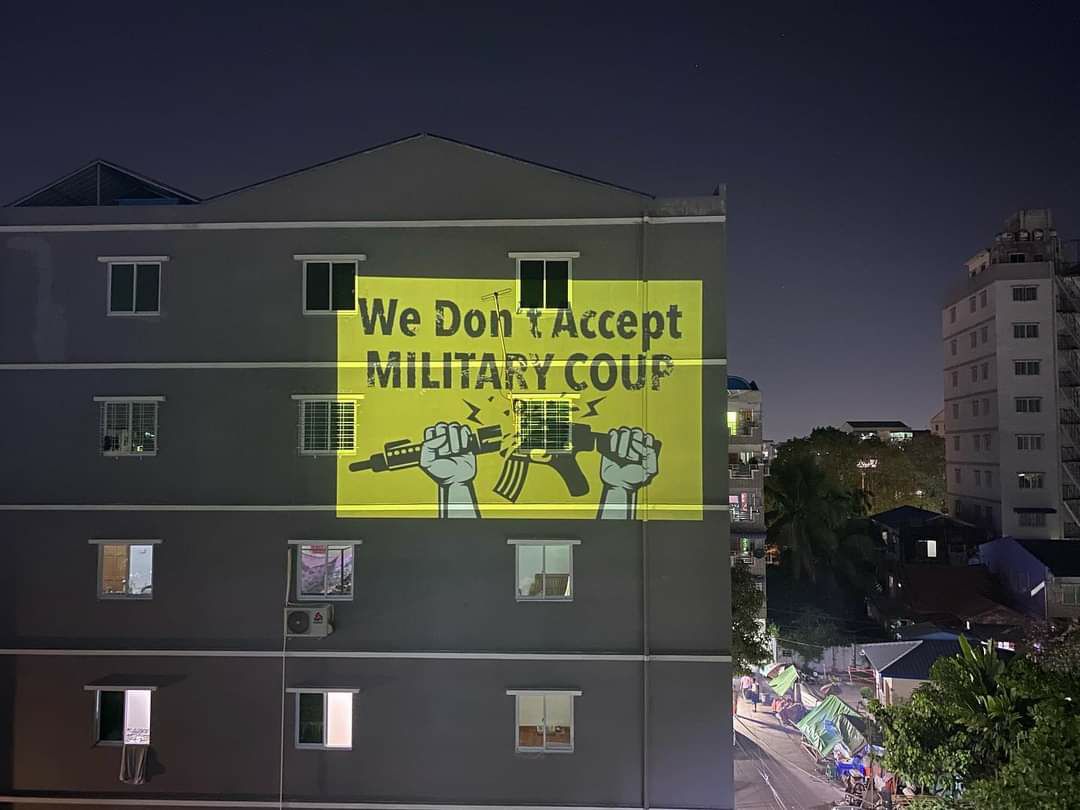 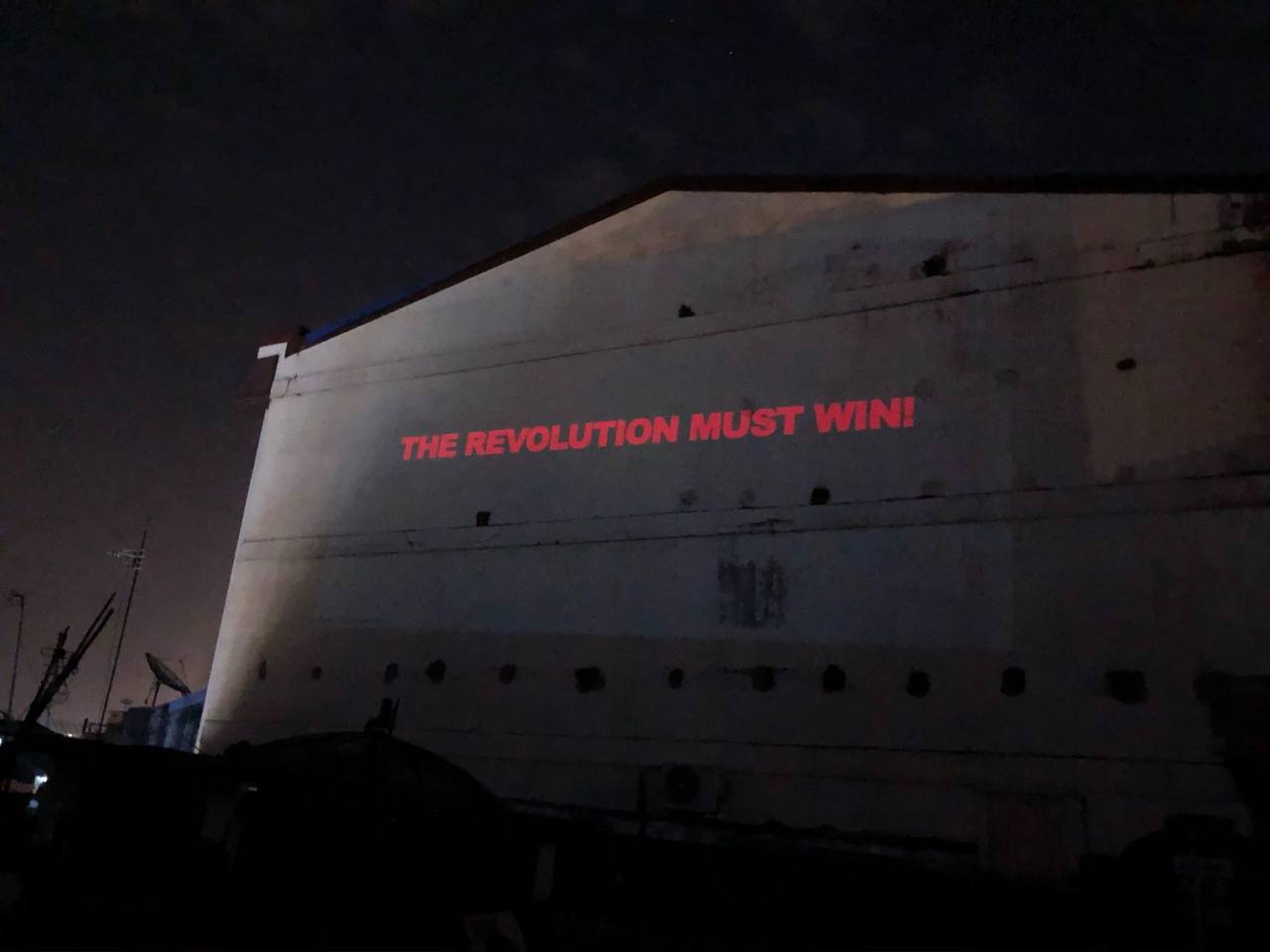 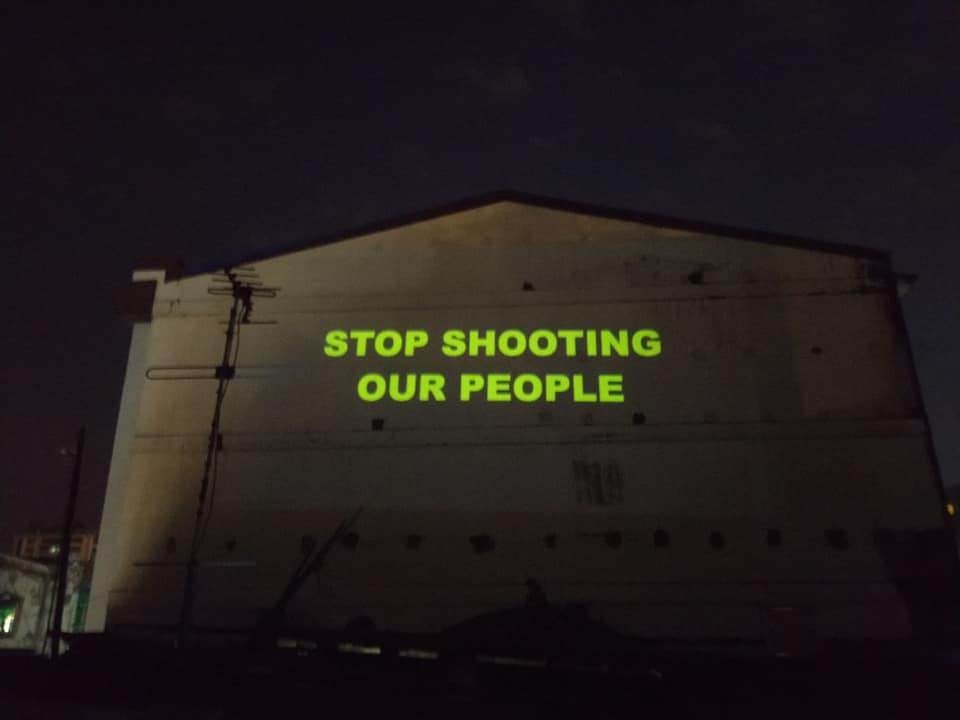 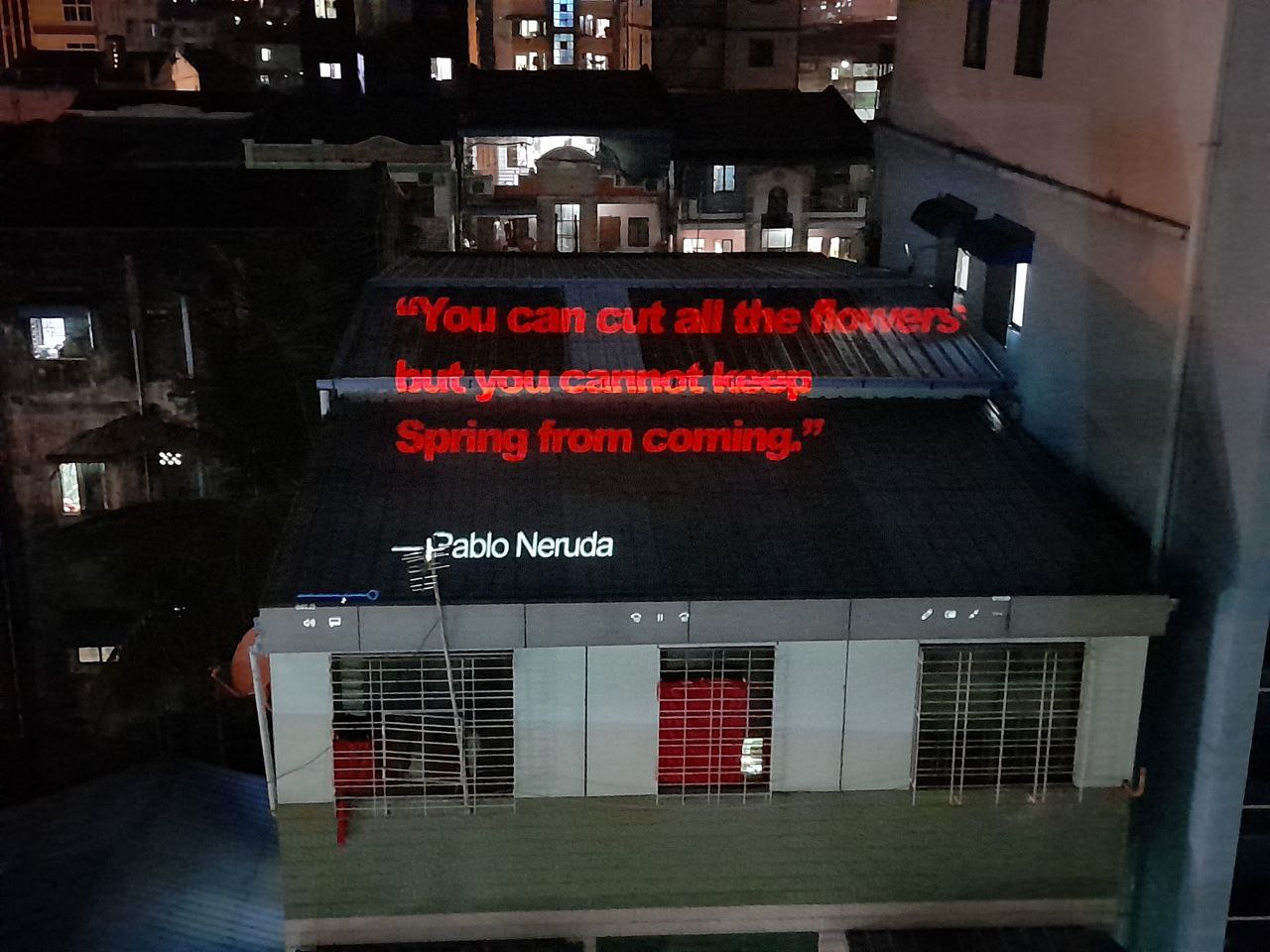