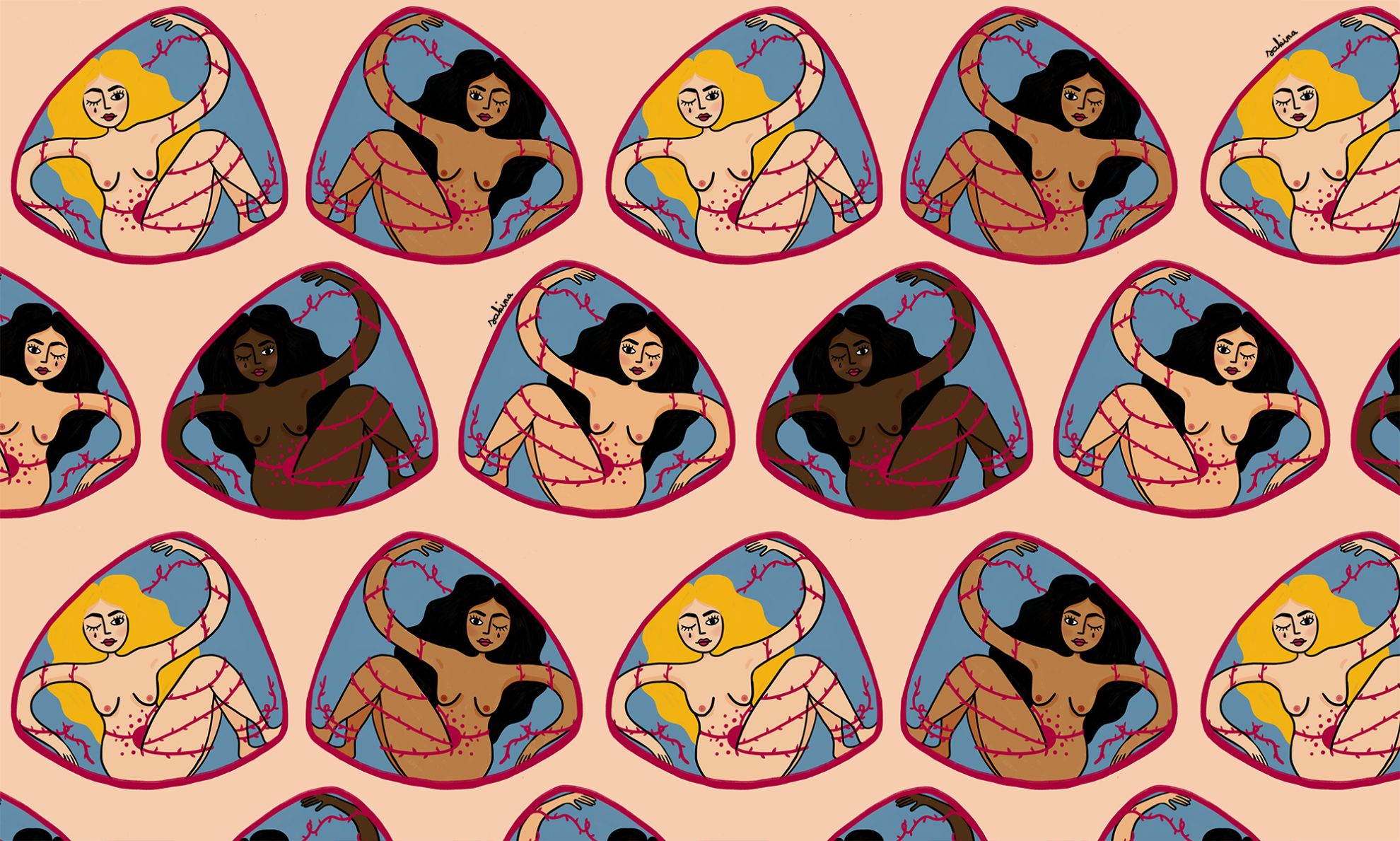 One in ten: the pain of living with a hidden illness

For me, it feels like I have been stabbed in the stomach, and for eight to fourteen hours, someone is slowly turning the knife around and pushing it deeper and deeper. Imagine scar tissue and adhesions that usually cover your organs bleeding, ripping and tearing. It often causes me to be sick and pass out. For up to three days, I am unable to eat and can barely drink water. My period is debilitating and leaves me unable to move.

This experience is common. One in 10 women worldwide have endometriosis. It takes more than seven years on average to be diagnosed, meaning there are still women suffering without knowing why.

We have no cure and no answer as to why it develops. Most women find the treatment ineffective. Due to a lack of funding and resources, it is a black hole.

The most common reaction when I say I have it?

The simple answer is that endometriosis is when the lining of the womb is growing in the wrong place – outside rather than inside – which interferes with other organs and creates scar tissue. The list of possible symptoms is endless, but for me the most relentless is the pain.

The world closes in and becomes very, very small. There is no escape from it. It is completely isolating. There is no-one who can help, and it is up to me to face those fourteen hours alone.

When the pain is over, I have to go out into the world and make the most of the three-week grace period before it comes again.

It is an illness exclusive to female bodies, and it is largely overlooked. Aside from the suffering it causes the 176 million women diagnosed worldwide, it costs the UK economy £8.2bn a year in treatment, loss of work and healthcare costs. It was Google’s most searched women’s health issue in 2018. People are desperate for answers and solutions.

Diagnosis needs to happen earlier – seven years of suffering is unacceptable – and health care providers need to provide treatment. Currently, the system is allowing women to suffer and branding it as ‘normal’.

If you have an infection, you take an antibiotic. If your appendix bursts, you have an operation. There are solutions carried out by professionals who know what they are doing. People with endometriosis and other under-researched illnesses are without that luxury.

I have tried every painkiller suggested to me. My brother introduced me to a former bare-hand fighter who taught me to mentally control the pain. I tried to apply his methods, but when it comes on so intensely your mind is taken over and you are helpless.

It is a constant setback when you are in relentless pain and those who are meant to help you can do nothing for you. When professionals cannot offer solutions, the support and awareness of those around you is important. The most difficult thing to come to terms with emotionally is how much it is left on your shoulders to find relief and treatment. It impacts your time, money and energy.

I have been to six gynaecologists – three NHS and three private. I have undergone every alternative treatment you can name, but to no avail.

A Buddhist monk told me it is karma from a past life. A Harley Street doctor told me it is because I have not had children yet and do not do enough yoga. I discussed getting a hysterectomy only to be told there could still be problems and growths after the procedure. I spent a month waking up at 5am to use a special machine from Switzerland for two hours. I have changed my diet. I have read every book on the subject.

No illness should be this hard to understand.

I tried the pill, which did not work, and was advised against the mirena coil. These are the only two treatment options available on the NHS other than an operation, and they often do not work. From acupuncture to energetic healing, I have explored all other options out of my own pocket. The lack of research around the cause of endometriosis means nothing is effective and it leaves me feeling like I am shooting in the dark.

In desperation, I got in touch with a leading endometriosis specialist. On the phone, she suggested that having children helps and I should consider having them now. I flatly explained that I am 23, happily single, in a full-time job and had no intention of swiping through Tinder to find a man who would give me babies to fix my periods. My frustration could only come out in tears. The resources and knowledge – even amongst professionals – were so scarce that I did not know what else to do.

I originally tried to avoid an operation, not wanting to miss time off work. After accepting that I would need to get one, I was told by one of the top endometriosis surgeons in the UK that they would not do it until “I had completed my family”. I had plaques (which means it is stuck onto other organs) rather than nodules (which are independent and easier to cut out) and he said he could not do it without damaging my womb. Another surgeon said the same.

In other countries they successfully use cancer surgeons and it is not seen as a gynaecological issue. I have learnt that our country, and our society, lacks serious common sense when it comes to the female body.

How two Kenyan designers are disrupting the fashion industry through sustainability

Countless women who have endometriosis have spoken to me. The overwhelming link is how isolating it is. To have such an intrusive and relentless illness with no support from healthcare providers – in this day and age – is unacceptable. The courage and resilience needed to get through years of suffering with no help is immense.

People you know could be suffering in silence with no solution. Society needs to recognise the endometriosis pandemic and the millions of people it affects. The problem will only continue whilst women and transgender men are marginalised in their suffering.

I don’t know what it will take to get professionals to act. But it is in our hands as a society to take action and to think about what it is like for someone to suffer in silence without help. Small offers of support and awareness are the difference between making someone feel alone and making someone feel strengthened.

One thing my journey has given me, other than resilience, is the depth of research to say with authority that this issue needs addressing. Whilst I can accept that I have this problem and get on with it – I cannot accept the way it is overlooked. Periods are still a taboo despite causing many people suffering.

The millions who have been through this battle have their stories. Some are heart-breaking. Some are hopeful. But we all agree.

No-one should put up with such poor treatment.

Sakina is a French Moroccan illustrator living in London. Her work focuses on the beauty of womanhood. She loves to represent the world around her using a cheerful palette with a positive and motivational message.