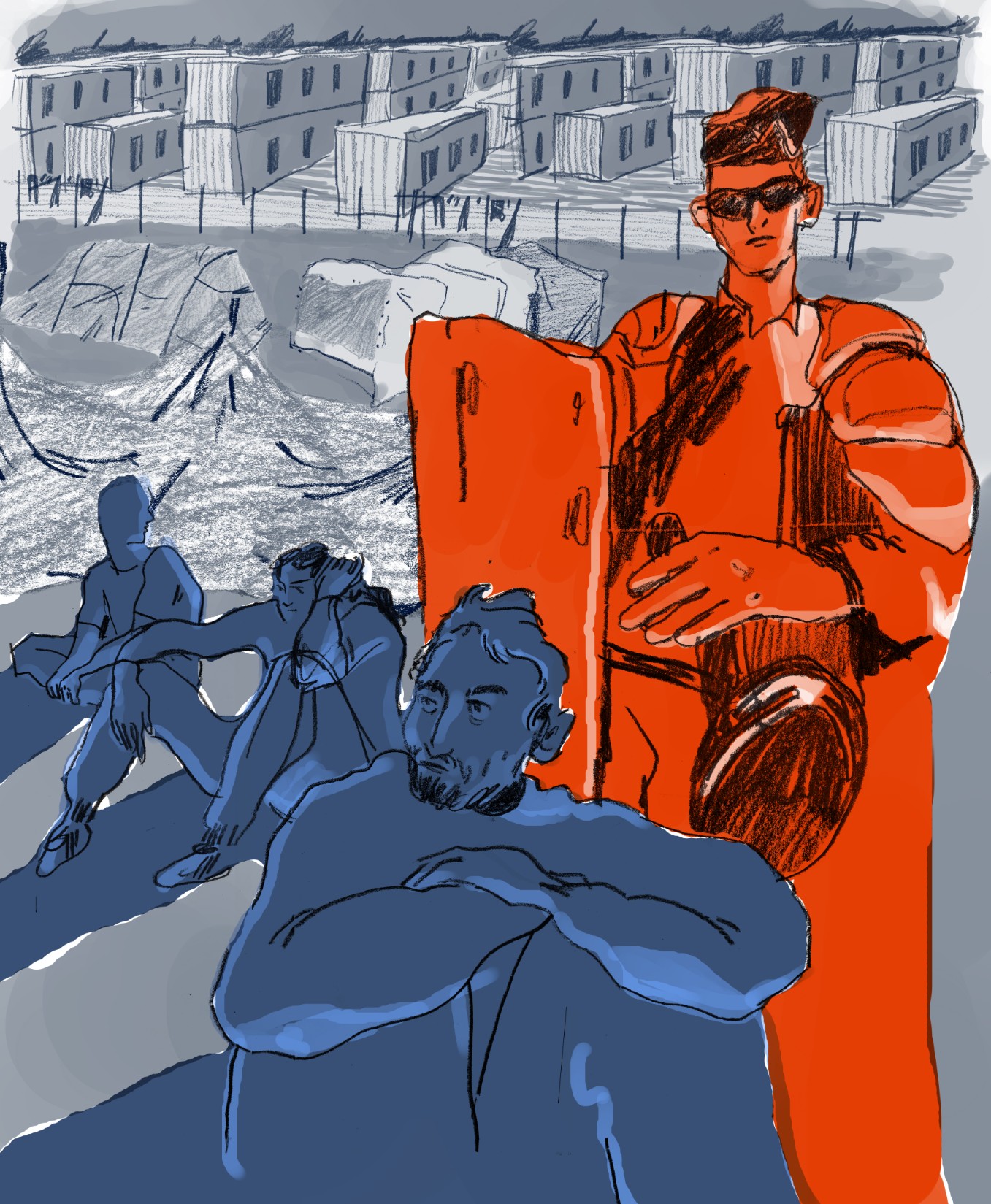 A balancing act of solidarity and power

‘Yes, I am an aid worker, but it will not take away that I am their friend,’ a volunteer in the pre-demolition Calais camp in Northern France tells me, and it is quite a precise description of the dynamics between the volunteers and the migrants residing the camp. How do volunteers strike this balance, I wondered. When first visiting one of the warehouses where the volunteers in Calais are preparing the humanitarian aid they provide in the camp, I was struck by how big and organised it was: incredible amounts of donations; administration teams, chefs and construction workers; and food prepared for 15,000 people a week with daily distributions in the camp. In some ways, the volunteers were managing the camp. Provisions of basic humanitarian aid was – and still is – highly dependent on civilians volunteering their time – not least due to the lack of official responses to the situation by France, Britain, EU and international humanitarian organisations. Yet, little attention is paid towards the practices and effects of volunteers – neither in migration and border studies nor in humanitarianism.

Thus, instead of looking at how states try to manage migration or how migrants have agency, this piece explores the volunteers’ place in the struggle of politics and power unfolding around migration. I do not seek to judge whether the volunteer presence in Calais is good or bad. Rather, my aim is to better understand the practices of volunteers and possible dilemmas that these practices give rise to. Do the volunteers follow the governance of the states, or do they go against it? How do their practices influence dynamics in the camp; how do they view the people living there; and do they reflect on the effects of their actions? 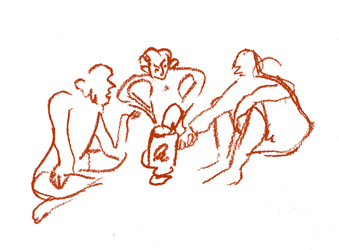 It is clear from my observations and interviews that the volunteers must navigate many struggles of power and politics while working in the camp. On the one hand, they are subject to governance by the French authorities, who exert control over them by prohibiting building materials, limiting distribution, and criminalising the volunteers and their efforts.* The volunteers also actively go against governance through actions of not following the rules of the French authorities or by actively acting upon and criticising the politics of Britain:

‘I didn’t elect the government who is making the decisions. UK is not allowing people to claim asylum, which is despicable. It’s a government failure.’

‘If politicians are not doing it, civilians have to.’

On the other hand, the volunteers themselves govern the residents, using their privileged position to decide whom to help, how and when. The governance they wield, however, attempts to be more collaborative than authoritarian by communicating with the residents and adjusting their work accordingly. Although I also found that privileges were given to some camp residents over others (residents working with the volunteer organisations and residents who were friends of the volunteers), which potentially agitated unintended dynamics in the camp – effects the volunteers seemed unaware of.

Striking the balance of how to best support the residents of the camp is not easy and even less so because the volunteers are a mixed group of individuals with limited experience of handling situations of aid distribution, traumas and violent police presence: some choose to stand back and stick to doing their jobs, while others participate in social activism; some give advice, others avoid it; some are involved for purely humanitarian reasons and simply responding to crisis, others see themselves as involved in the political struggle; the social activists criticise charities for upholding the hierarchic system of the state, whilst the charities criticise social activists for increasing police presence and oppression. My research shows that while the volunteers are in Calais of a good heart and with good intentions, wanting to make a positive difference, they also influence dynamics in the camp in ways that professional humanitarian aid organisations do not; the most difficult balance to strike being the one of being both an aid worker and a friend. 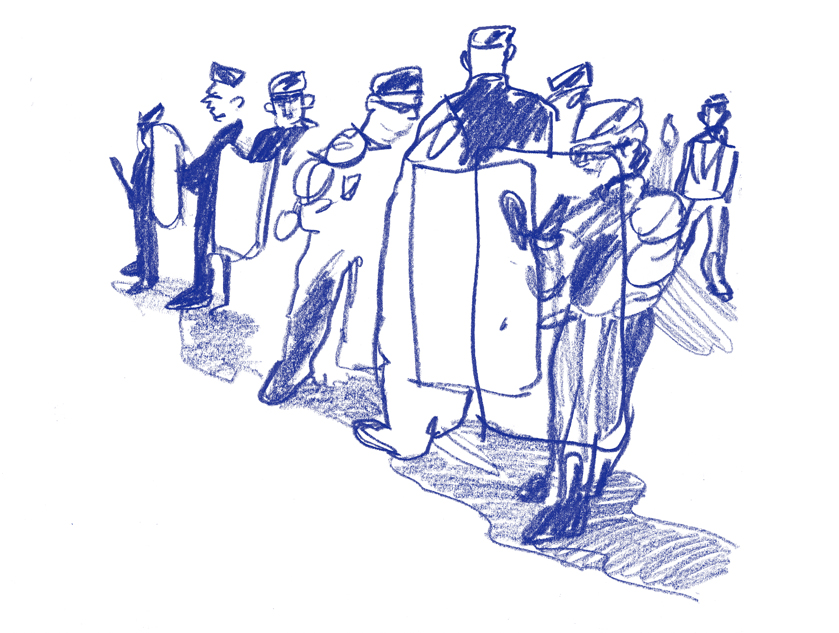 Even though most of the volunteers I talked to emphasise that the residents are their friends and that they are equal to each other, to provide humanitarian aid places the recipient of that service (the resident receiving aid) in a subordinate position to the volunteer whether the volunteer wants this or not. Furthermore, humanitarianism – ‘the vocabulary of suffering, compassion, assistance, and responsibility to protect’ – is itself a highly political mode of governance. Interestingly, most of the interviewed volunteers say that the balance is not difficult but then at the same time explain how it is hard to tell their friends in the camp that they are going to the UK for a break (a break the residents cannot take) or to start university or a new job (continue “normal” life, which arguably is on pause for the residents in the camp). Further, they insist that they are volunteers (someone privileged helping someone in need of help), but also friends (equals).

What this volunteer is saying is in direct contradiction to the humanitarian principles of treating everyone equally. This highlights how ‘humanity’ is a word perceived in many different ways. What is more humane: to treat everyone equally, as the humanitarian principles prescribe; or to be closer to some than to others, according to the basic human inclination towards friendship with some over others? If one believes the latter, then it is important to question whether it is possible to do humanitarian aid based on this understanding of humanity or if it will have too many negative consequences such as agitating internal dynamics. However, it might also have the positive consequences of upholding humanity exactly through social relations, considering how big a part of “normal” human life is based around recognition through other people. In this sense, the presence of the volunteers in the Calais camp, with all the social relations and friendships that result from it, might even present a more humanitarian way of supporting the residents of the camp compared to keeping social relations at a minimum and treating everyone as if they were the same. 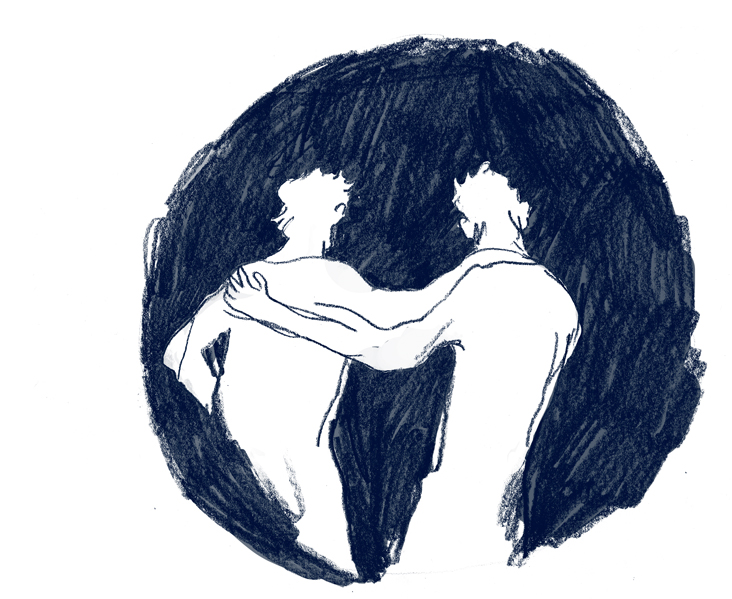 By shifting the gaze from state actors, NGOs and migrants to exploring the practices of volunteers adds nuances to the dynamics of the camp. It highlights how volunteers are placed right in the middle of the two dominating debates within migration studies: power over migrants and power of migrants, which in effect places the volunteers in an interesting position of power. Further, it pushes to the understanding of humanitarianism and solidarity. There is no easy answer to how to best navigate this difficult space, but it is a position that demands attention and thorough reflections of ones actions and the effects of them.

This piece is a condensed version of Signe’s MA dissertation at King’s College London. The dissertation in its whole can be found here.

*Criminalising the volunteers:
Article L622-1 of the French Penal code makes it illegal to assist, directly or indirectly, the arrival, movement or residence of persons irregularly present on the French territory. The offence is punishable by a €30,000 fine or up to 5 years in prison.