The Northern Irish justice system has one agenda: To keep Black people in line

Northern Ireland is a country built on conflict, division and hatred. So the over-policing of the Black Lives Matter protest on the 6th of June (now known throughout the country as ‘the 6th of June protest’) should not have come as a surprise.

My dad was one of the key speakers at the 6th of June protest in Belfast. When he was walking through the crowd the police stopped him and took his name and address. They said that by speaking at the protest, he was in breach of COVID-19 regulations. Soon after the protest he was interviewed under Section 44 of the Serious Crime Act and faced potential prosecution. This legislation is normally used in cases of serious organised crime, related to encouraging others to commit an offence. This therefore should not have applied to anyone at the 6th of June protest which was peaceful, socially distanced and with all the necessary COVID-19 regulations put in place. To date, no other large public gathering has had a similar police response. It was clear that the policing at the 6th of June protest was aggressive and highlighted just one of the ways in which our criminal justice system is institutionally racist. Experiencing the hostility and aggression from the police first-hand was something I still can’t quite shake and the near prosecution of my dad sits uncomfortably in my stomach every day.

Growing up in overwhelmingly white spaces it was hard for me to find my own identity in Northern Ireland, and often I didn’t question the anti-Blackness that surrounded me.As a 20-year-old Black woman, this was the first time I had ever attended a Black Lives Matter protest. It was also the first time I had been criminalised for simply peacefully protesting for basic human rights. After the protest, I found myself reflecting more and more on the past behaviours of those around me growing up. I looked back at the experiences of racism and discrimination I had faced at the hands of teachers and friends; the prevalence of which allowed me to reassess the extent that structural racism has always been upheld in Northern Ireland.

It would, however, be a lie to say the relationship between ethnic minority communities and our justice system has been ruined, as the relationship has never been anywhere near satisfactory. This can be traced through a history of individual and communal experiences. This isn’t the first time Black people have been criminalised and wrongfully treated by the police in this country. The actions against the 6th of June protestors is just one example. There are thousands of incidents of discrimination that go unnoticed, and this is why we must work harder in bringing to light all cases of racism, not just those that reach the news.

There are huge conversations to be had when it comes to addressing the more covert forms of racism.. I am still yet to hear conversations surrounding diversity and anti-racism training and decolonisation of our education system, which have at least managed to get on England’s radar (for now). Northern Ireland continues to keep both eyes on the past. Our society is scared to progress and move into more inclusive and representative spaces and ultimately it is ethnic minorities who are suffering the consequences.

A week after the 6th of June protest, Belfast was faced with a ‘protect our war memorials’ protest. Several hundred far-right protesters met outside Belfast city hall to protest with zero repercussions. Not only did this highlight the inconsistency of the Police Service of Northern Ireland (PSNI) but also confirmed the racial disparities in our society. The police issued a total of 68 fines at socially distanced peaceful anti-racism protests in Belfast and Derry in June. No fines were issued to the people protesting for the protection of the war memorials, despite the fact they flagrantly disobeyed social distancing rules. This made it very clear that public health was never at the top of the PSNI’s priorities.

The Northern Irish justice system seems to only have one agenda: to keep Black people in line. Although we have seen many protesters prosecuted across the globe, Northern Ireland is the only jurisdiction in the UK where Black Lives Matter has been criminalised by legislators. Alongside the racially motivated and inconsistent policing from the PSNI, we also saw the last minute amendment of regulations to allow fines against peaceful protests to go ahead. The Prime Minister Boris Johnson said that: “people have the right to protest peacefully while observing social distancing”. However, in Northern Ireland, that wasn’t the case. The PSNI had the opportunity to stand in solidarity and instead, they chose to criminalise peaceful protesters.

The protests allowed me to see the extremes of performative activism, from people close to me to the people who sit at the highest levels of government. The delayed and empty response from our politicians showcased the anti-Blackness that is deeply embedded into our government systems. What made headlines and dominated conversation for two weeks, has now become a blip in Northern Irish history.

Racial equality has never been characterised as an issue in our society and many of us, in the background, are trying to do the work politicians in this country should have been doing for the past 50+ years. Northern Ireland’s inability to move on from the past has allowed racism and discrimination to manifest. We socially distanced, spoke our truth and stood in solidarity and yet we were criminalised and met with hostility and riot gear. Northern Ireland needs to focus on implementing the Race Equality Act set out in 2010 and updated in 2015. The strategy has 11 key deliverables to achieve by 2025 and with over half the time gone, the strategy has yet to implement a single objective. It’s time our government commits to tackling racial injustice. We are at a crisis point. 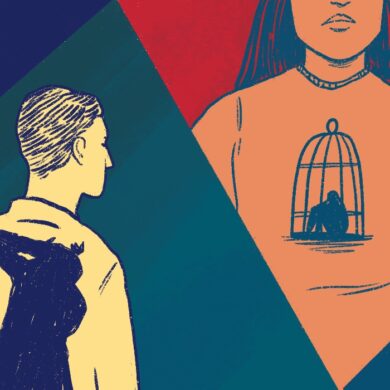