The murder of George Floyd has catalysed a wave of social media attention in support of the Black Lives Matter movement – a sobering moment in which non-Black people were confronted by the reality of racism which Black people live through daily. But with almost immediate backlash against the #BlackOutTuesday Instagram campaign – which was detrimental to the movement itself, as it hid crucial information for protestors under a blanket of black squares – and a frustratingly transient show of solidarity which saw social media feeds return to “normal” after a few days, this so-called online activism might have done more harm than good. It was fleeting at best; performative allyship at worst.

We sat down with founder of Naked Politics Banseka Kayembe to talk about how the Black Lives Matter movement has renewed its vigour in the past month and how to challenge non-Black people to look inwardly at meaningful changes that are required to offer true support to the movement moving forwards.

The Black Lives Matter movement feels like a potential watershed moment in discussions around racism and anti-Blackness. What are your thoughts on what’s happening right now?

This is the first time I’ve seen such huge media and organisational attention being given to the issue of racism, particularly racism specific to Black people. So in that sense it feels like it’s not an issue that people can just ignore and not say anything about. I’ve never experienced anything quite like that.

My core team at Naked Politics are all Black women and frankly found the racial trauma of this very draining. I do feel like Black people are tired of having to be the only ones talking about these issues, often with huge resistance or apathy from those with racial power. George Floyd isn’t the first Black man to be murdered by the state for his race, and frankly he won’t be the last.

My big worry is that the attention people and organisations are giving to this is temporary and performative.

One of the hardest days during the last few weeks was when suddenly everyone started posting those black squares with a hashtag, which quickly became a huge flop. I honestly thought I was going crazy, that people or brands who’ve never had anything to say about racism either publicly or in person thought that their first foray into these conversations should be giving a performance of being “a good white person/brand” rather than doing the hard graft of actually being anti-racist. Black people don’t need this kind of performance politics, I don’t want to buy tickets to that show.

Similarly, I want to veer away from this idea that people have to be vocal on social media about the anti-racism work they are doing. If you’re doing it, then you’ll know you’re doing it and you don’t need to post it on your Instagram stories just to prove it, if that’s not your style.

As a society, we (with an emphasis on white people) need to be putting our money where our mouth is and doing constructive, actionable things to eradicate white supremacy. 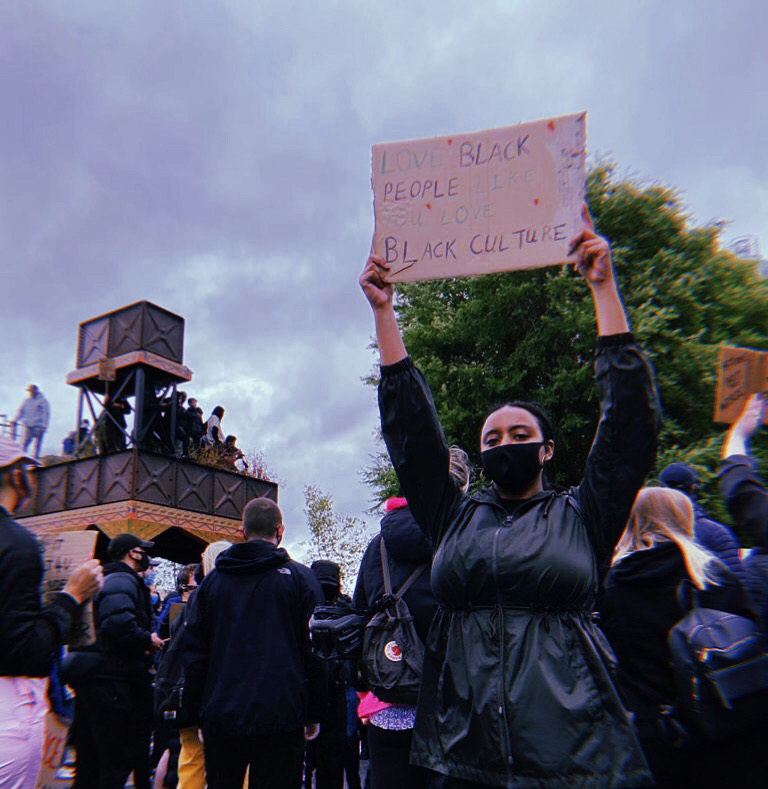 Your platform Naked Politics connects young people to political issues in a way that makes sense to them. What practical things can young people today be doing, to be the generation that seriously tackles white supremacy?

There’s lots of things we can be doing as individuals to be actively anti-racist. Because we’ve been totally failed in terms of education on these issues, I’d definitely recommend starting with some key books, films and documentaries to get to grips with what racism actually is. It’s important to understand that white supremacy is a power structure that operates far more deeply than just a few “bad apples” in society. Rennie Eddo-Lodge’s book “Why I’m No Longer Talking to White People About Race” is incredible. I’d also recommend Robin D’Angelo’s book “White Fragility”, which tackles the importance of understanding how difficult white people can make it to engage in these conversations and how they can be better.

I think it’s important to realise that beginning your anti-racist journey can be a painful one, as you’ll have to come terms with the fact that some people you associate with, or are close to say and do racially problematic things. You have to be willing to challenge them. You’ll also recognise anti-Blackness in yourself, either in present or past behaviour; and that a huge step forward is acknowledging that society has shaped you to be racist, whatever you think your conscious values are. Understanding this is important in then learning how to better hold yourself to account.

I also think supporting platforms doing work around decolonising education, universities and workspaces is key. Naked Politics will soon be doing some work with Queen Mary University in engaging young students who are apathetic about politics, and a lot of this stuff definitely needs to be a part of the conversations. As individuals, we need the pressure being put on organisations and brands to be continued, as ultimately if it doesn’t pay to uphold white supremacy they’ll soon change their minds.

Coronavirus has also been heavily impactful on young people, why do you think that is?

Young people are amongst the most vulnerable in our society, especially when you start to drill down into how young BME people and/or working class people are doing. Young people are far more likely to be reliant on low wage, much more precarious work. Young people’s education has been hugely disrupted, I can’t imagine studying for final university exams virtually. Naked Politics recently highlighted in a study from Sheffield University that young people’s mental health has taken an absolute battering as part of our Coronavirus Breakdown series looking into the impacts of the virus on young people.

Fundamentally, we have a democracy that doesn’t fully represent young people, or actively seeks to take into account young people’s views. Young people feel continually disengaged, as though politics has nothing to do with them- when actually it can and will have a serious impact on their livelihoods. Politicians, particularly those in government need to do more to engage with and incorporate young people’s views into politics, and do more to seek out their views.

I’m hoping Naked Politics can start to help bridge that gap, but it will take more than a few platforms telling young people to vote six weeks before an election. We’re intent on changing things for the long-term and making sure that young people know their opinions matter. 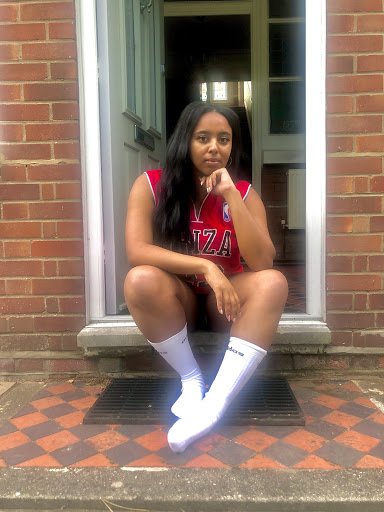 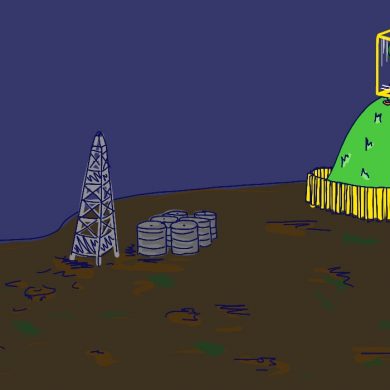 Getting cosy with the fossil fuel industry while the Earth is on fire? It is time to #StopCambo