How we can heal ourselves and our movements

What does it mean for our bodies to internalise systems of oppression, and how do we begin to heal from them? This is not just a question that concerns marginalised, oppressed, system-impacted communities: it affects us all.

“We all live within colonial patriarchal capitalism, and we are all affected by the system directly,” says Ilaj, a social activist and trainer who is passionate about working with body awareness as a radical means of deconstructing internalised systems of oppression.

Ilaj is the project lead for Ulex Project’s LGBTQI+ psychosocial resilience and holistic security programme, and works with grassroots groups and NGOs involved in social and environmental struggles. Ulex Project’s mission is about: “supporting our movements to contest our future – for social justice and ecological integrity.” They organise in-house residential and external training to build what they call “social movement capacity.”

Working mostly with activists across Europe, Ilaj can be found facilitating work concerning matters of the body and heart, to support and sustain social movements and groups.

Through this work Ilaj has seen the ways in which the systems of oppression show up within activist spaces.

As a trans person growing up in Poland where mainstream political and media discourse is very transphobic, Ilaj also speaks from personal experience of systemic injustice. They believe, and teach through their facilitation work, that adopting a holistic, psychosocial approach is imperative to healing from how we’ve all internalised systems of oppression.

Systems of oppression are woven into the foundations of our society and cultures. Examples include racism, sexism, ableism, classism, among many others. These systems manifest themselves in experiences of social oppression (such as social, economic and legal discrimination), which are borne the most by people who have minority and/or marginalised identities.

This much, many of us are familiar with.

But how are these systems then embodied, and internalised?

“I see it in the transphobia that I have internalised; all the transphobic thoughts I have in my head which impact how I treat myself,” Ilaj says. Experiences of discrimination, they explain, are mirrored as internalised narratives which further reinforce the system’s more direct impacts.

As their work with LGBTQI+ movements in Eastern Europe has revealed, systems of oppression also show up within marginalised communities in the way that they feel a deprived sense of safety and security.

The sociopolitical context and history, the social awareness and attitudes within Eastern Europe, together form a hostile external environment for many LGBTQI+ people.

The impacts of these systems on our bodies

“Living amongst this hostility has meant that when I go out on the street, my senses are heightened,” Ilaj says. “I’m always expecting something [bad] to happen. Even if I may not be in danger, my trauma response and hyper-vigilance are always being triggered and I perceive more threats than there actually are.” As such, they experience a high level of stress physically, emotionally and psychologically.

So, when systems of oppression are internalised and harmful, external environments are mirrored in our bodies,  this causes negative bodily experiences.

In activist spaces, we also end up actively reproducing these systems, therefore harming each other. As Ilaj explains, when we’re engaged in social and environmental change work, we often start to embody the systems of oppression we are trying to work against. It almost becomes inevitable that these systems begin to show up in the way we think and act.

While Ilaj’s work with Ulex Project now addresses these issues head-on, they did not always actively recognise how entrenched these internalised systems of oppressions were within activist space. In their early days of organising work, they were involved in different kinds of grassroots activism in Poland and Portugal mostly through direct action.

Ilaj explains that the community of activists seemed to be “really outwardly focused, on those ‘bad’ people out there doing ‘bad’ things, without realising that all of the ways we relate to ourselves, to our bodies, to other people, to the world, are all [steeped] in colonial, patriarchal capitalism. It’s difficult: because these systems are like the air we breathe, we don’t realise how consumed we are by them.”

Those of us who have entered activist spaces will likely resonate with Ilaj’s frustrations. “At some point I was intuiting or feeling a certain lack of depth in those movements. There was a sense that we were doing something wrong. We were losing people along the way; people would burn out, we failed to take care of each other, we failed at making meaningful change or even knowing what that change looks like.”

Ilaj explains that this failure is because colonial, patriarchal capitalism has found its way into social movements: rational economics, the drive towards efficiency all the time, profit-based outcomes, the productivity doctrine, the endless pitting of individuals and communities against each other, the turn away from visible care infrastructures, and above all, a system that is built on constant and carceral, explicit and insidious harm, and immediate and slow violence.

The system of capitalism is one that breaks to build. So, no wonder our movements can become so internally destructive.

At one point, Ilaj was deeply burnt out by their activism. They came across a timely, and in their words, “life-changing” course on regenerative activism and burnout, which eventually led them to leading facilitation work with Ulex Project in Catalunya, Spain.

As Ilaj has seen from their day-to-day facilitation work, activist movements can be motivated by a (degenerative) desire to deconstruct and to fight.

In practice, this degeneration looks like prioritising destroying and breaking down things, and setting up binaries of “us” and “them” (within and external to movements). Focusing on outcomes, strategies, plans and campaigns, our movements have increasingly failed to sit with our complex emotions: the pain, anger, miscommunication and conflict, which have invariably affected how we create cultures and communities, how we relate to each other – and how we fall apart.

Where do we begin to heal from these internalised systems of oppression?

For Ilaj and Ulex Project, it is an invitation inwards. “The key thing that comes to mind is disconnection,” they explain. “What those systems of oppression thrive on is disconnection: from each other, from ourselves, and from nature.”

Awareness, then, is the first step to creating more connection. “Our bodies are so wise,” says Ilaj. “All the information we need about what’s happening, what’s good and bad for us; it’s all in here. We are just taught not to listen to it, to override it with ‘rational’ thoughts, ideas, and views.If we learned to read the information from our bodies, it would be revolutionary.”

Ilaj’s work is about noticing patterns within our bodies. If we start to do that, they explain, “we don’t fall into automatic responses that we are socialised into. We create a gap for choice where we notice what is happening, what judgements we are making and why we are doing it, so that we can choose the actions we take.” If we are able to do this, we don’t end up ultimately replicating these systems of oppression.

What happens when we begin to heal from these internalised systems?

Within marginalised, oppressed, and system-impacted communities, Ilaj believes that an increased sense of awareness will help reclaim “the agency we have over our own bodies, and nervous systems, so we can build our resilience up, increase our own wellbeing, and we can take care of each other.”

Similarly, within our activist movements, we can change our organising cultures, our group cultures and our movement cultures. We can engage in healthy, regenerative ways, not from “a place of hatred and destruction,” they explain, but rather in a way that “brings us joy and hope.”

The question is: what do we want our movements to look like? It’s not just about taking apart the world we live in, but rather about, simultaneously, creating a new one, which we can do, starting from the work to regenerate ourselves, and our movements from within.

When I ask Ilaj what they think activist movements look like now, and if anything has changed, they tell me: “I do think that it’s changed massively – movements are different now. We’re still figuring it out, but we are no longer denying that we are emotional beings, and we’re beginning to see that we need to construct, and not only deconstruct.” 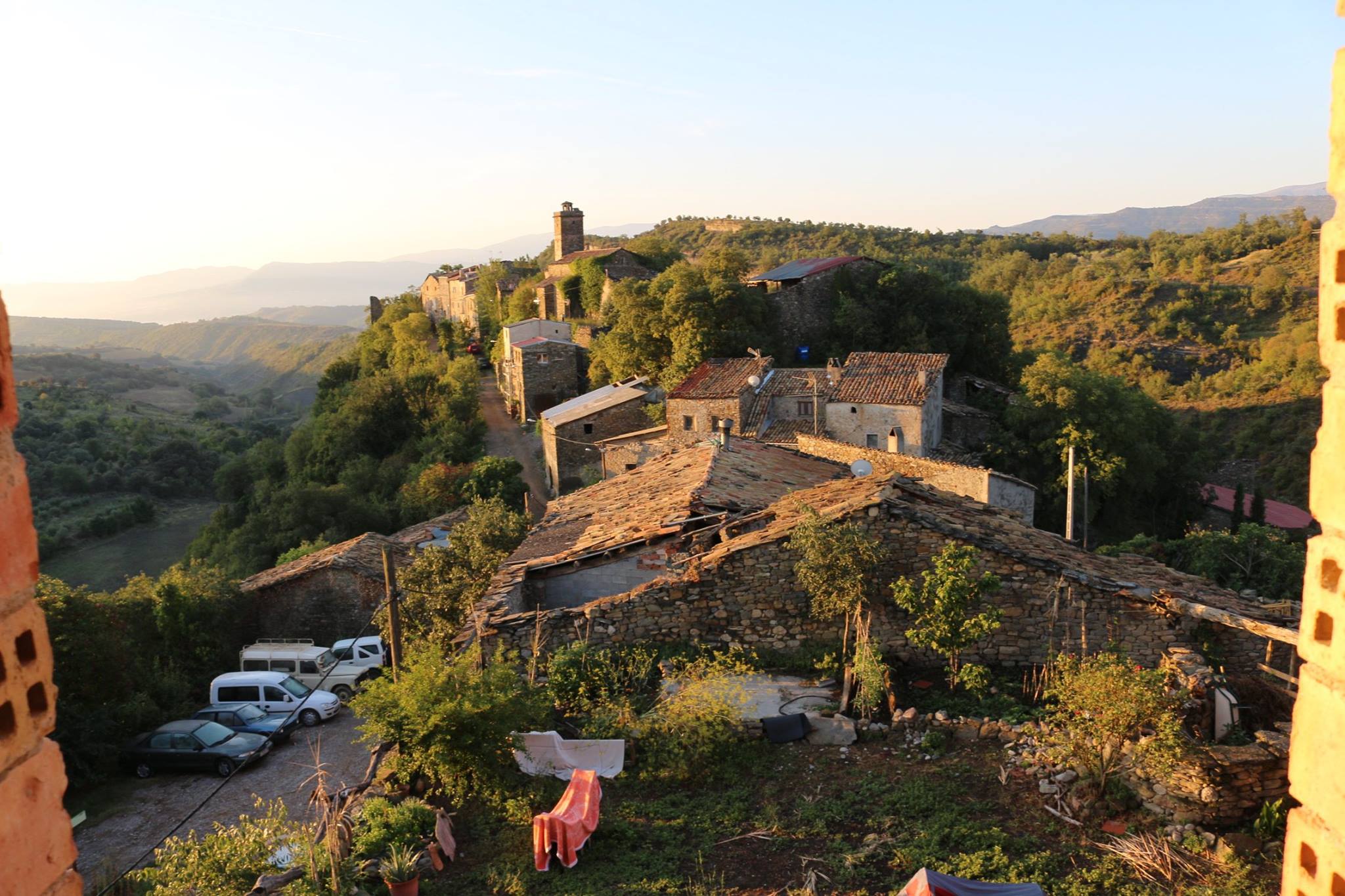