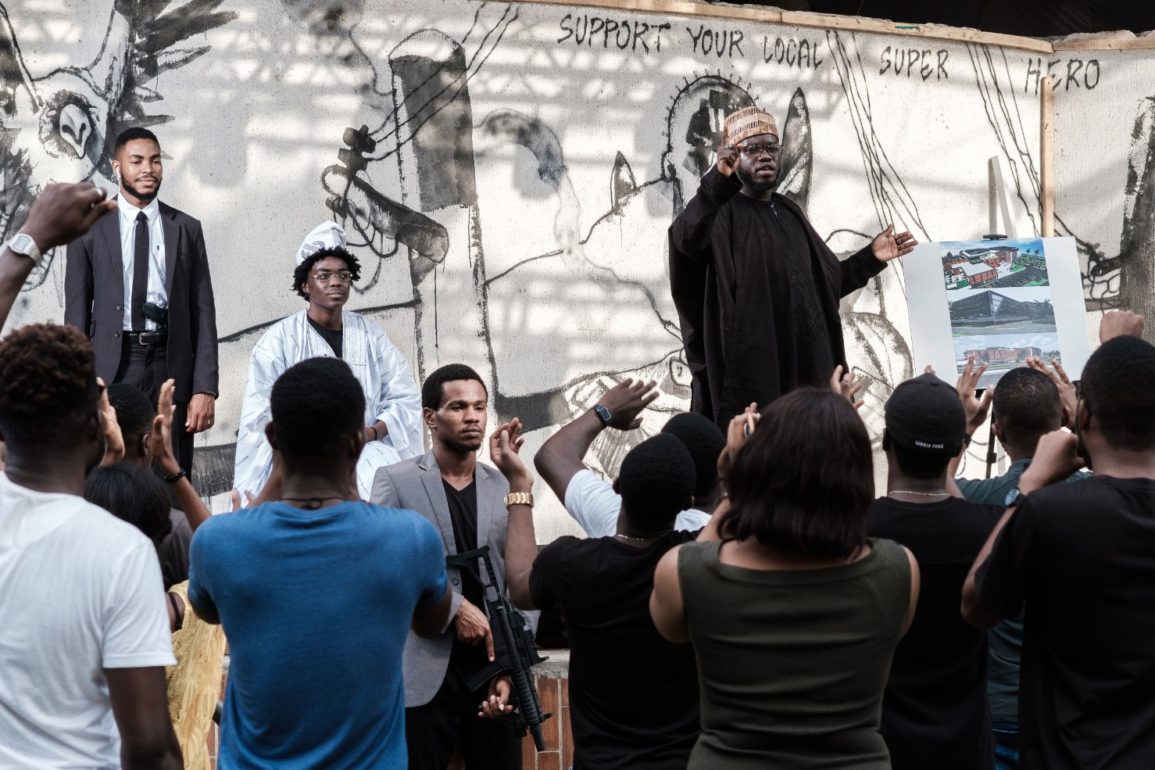 “No Place for Our Dreams”

As Nigeria’s entertainment capital, and a cultural hotspot on the continent, Lagos continues to thrive with artistic effervescence, particularly amongst the youth. Coupled with the forthcoming presidential elections, poignant political artworks, exhibitions, and projects have taken to the fore, and in a number of cases launching direct condemnations of the state of the nation. It is at once progressive that artists are able to parody, mock, and challenge issues pertaining to the governance of the country, especially since one only has to look back to as recently in the 90s, under Abacha’s dictatorship, when any form of free speech was accompanied with the risk of death – as, famously, was the case for the writer Ken Saro-Wiwa, amongst others. Yet the necessity for such pressing criticism of Nigerian politics serves to underline the failure of the nation to cleanse itself of its most self-corroding vice: corruption.

One such attention-grabbing project to respark this conversation, in particular amongst the youth, has come from a fast-emerging Nigerian photographer based in Lagos, Ifebusola Shotunde (@ifebusola_s). His most recent project, “No Place For our Dreams”, is a highly politically charged body of work, combining photography and augmented reality, inspired by Femi Kuti’s studio album, “No Place for My Dream”. The photo series narrates a story that shows the adverse consequences of immoral acts by the political elite on average citizens.

The series chronicles a political aspirant who seeks a top position in government. Shotunde engages characters from different demographics, demonstrating how aspirants connive with various levels of society, all in the pursuit of power. All the characters in the series are acted out by young Nigerians who share Shotunde’s belief that the masses have the power to change the state of the nation.

The story parodies and challenges behavioural patterns in Nigeria’s politics, as the aspirant seeks support from a “Godfather” figure, bribes a religious leader, and commissions political thugs to terrorise regular citizens upon his commands. Shotunde further interrogates the ills of Nigerian politics as the story takes a darker turn, involving kidnappings, riots, and ultimately the tragic death of a student. Predictably, the political aspirant emerges as a hero, despite having instigated the chaos.

“I decided to show the work on the streets.”

To increase poignancy of the project, and to better spread his message, Shotunde opted to display his project outside of traditional viewing spaces. Instead, the work was exhibited on the streets of Lagos, in multiple locations, posted on top of current politicians’ campaign posters, as a direct form of mockery. 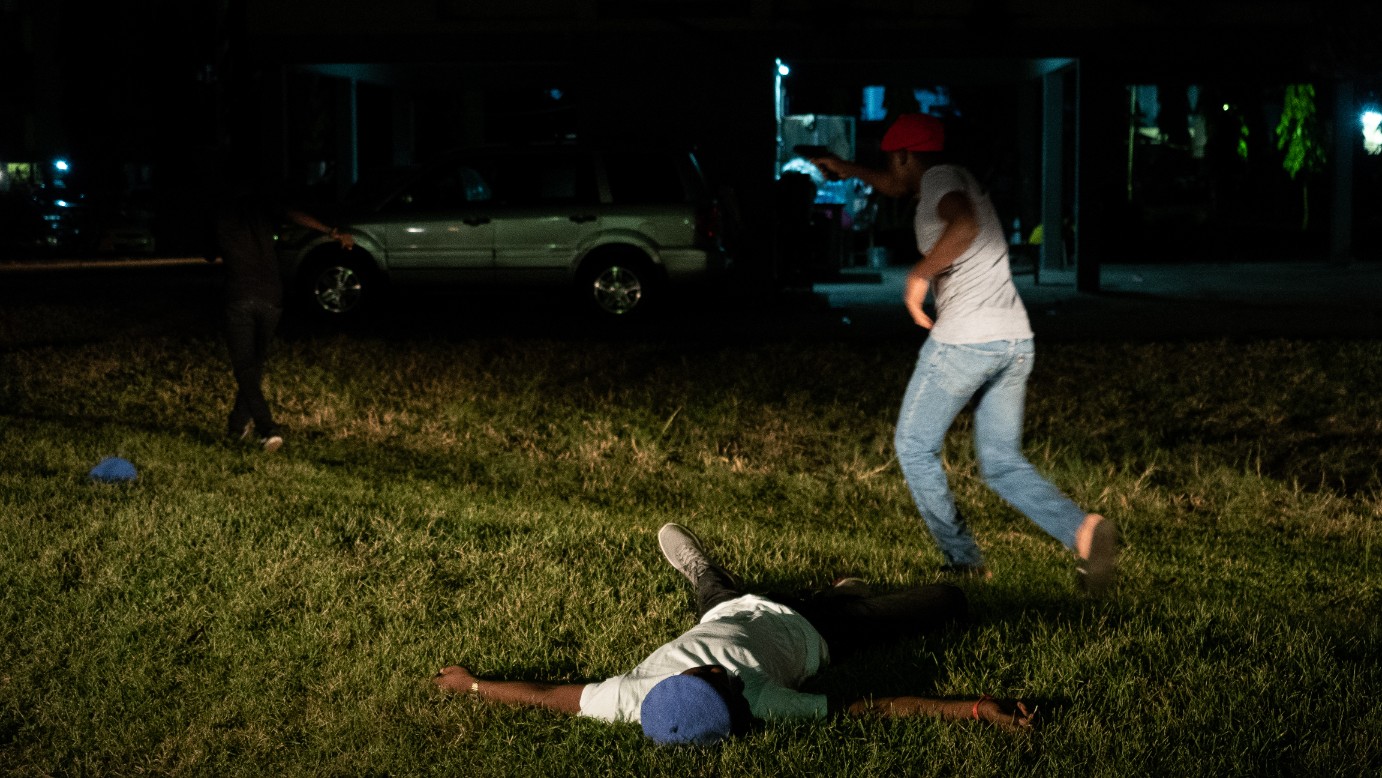 Commenting on the series, Shotunde expressed his frustration at the state of politics in Nigeria:

“My reason for going ahead with this project was to start a conversation on how we, as ordinary people, suffer from the incompetence of our so-called leaders. I decided to show the work on the streets because it gives a wider range of Nigerians a chance to see the work and discuss possible ways of making the country a better place, regardless of what “they” throw at us.” 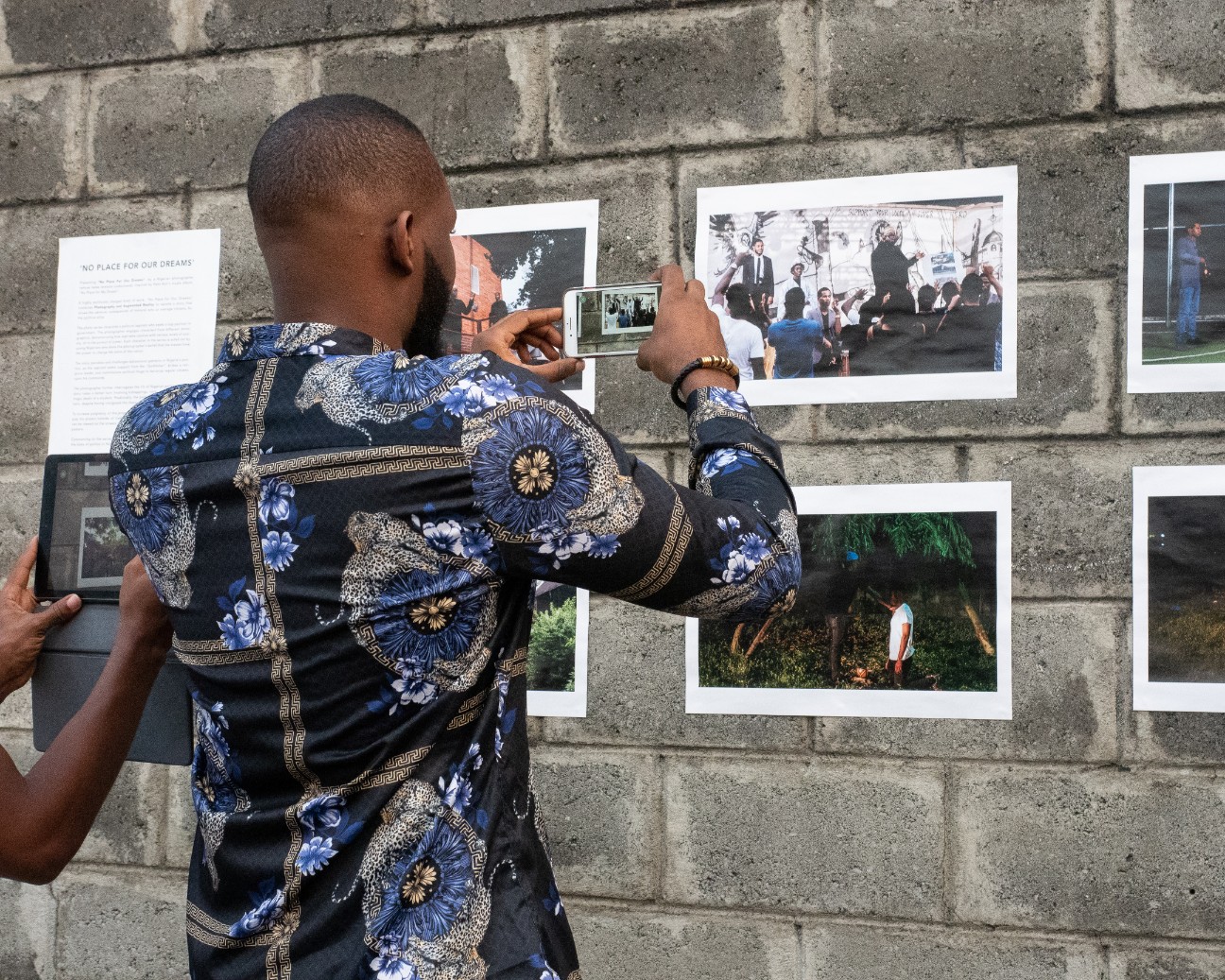 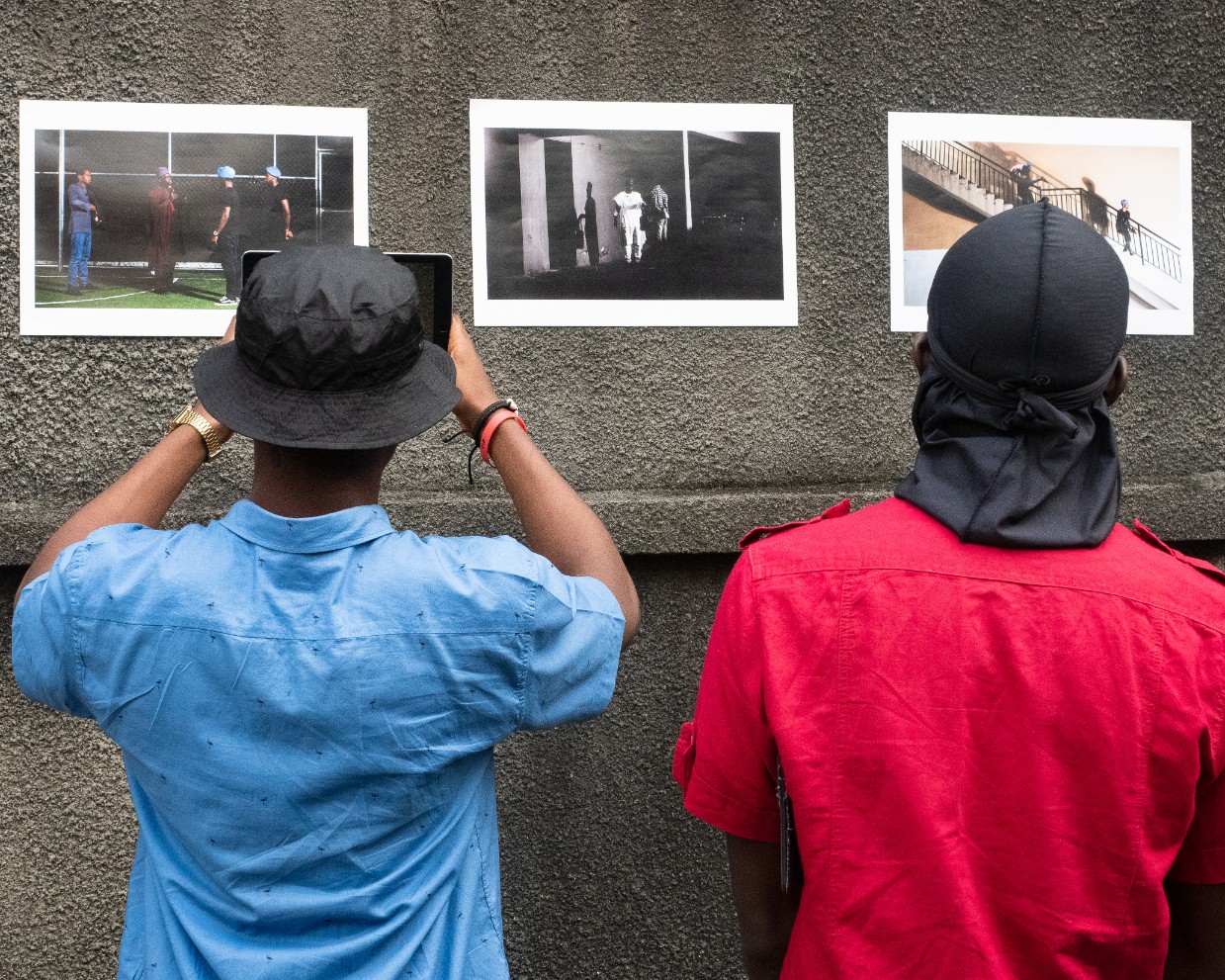 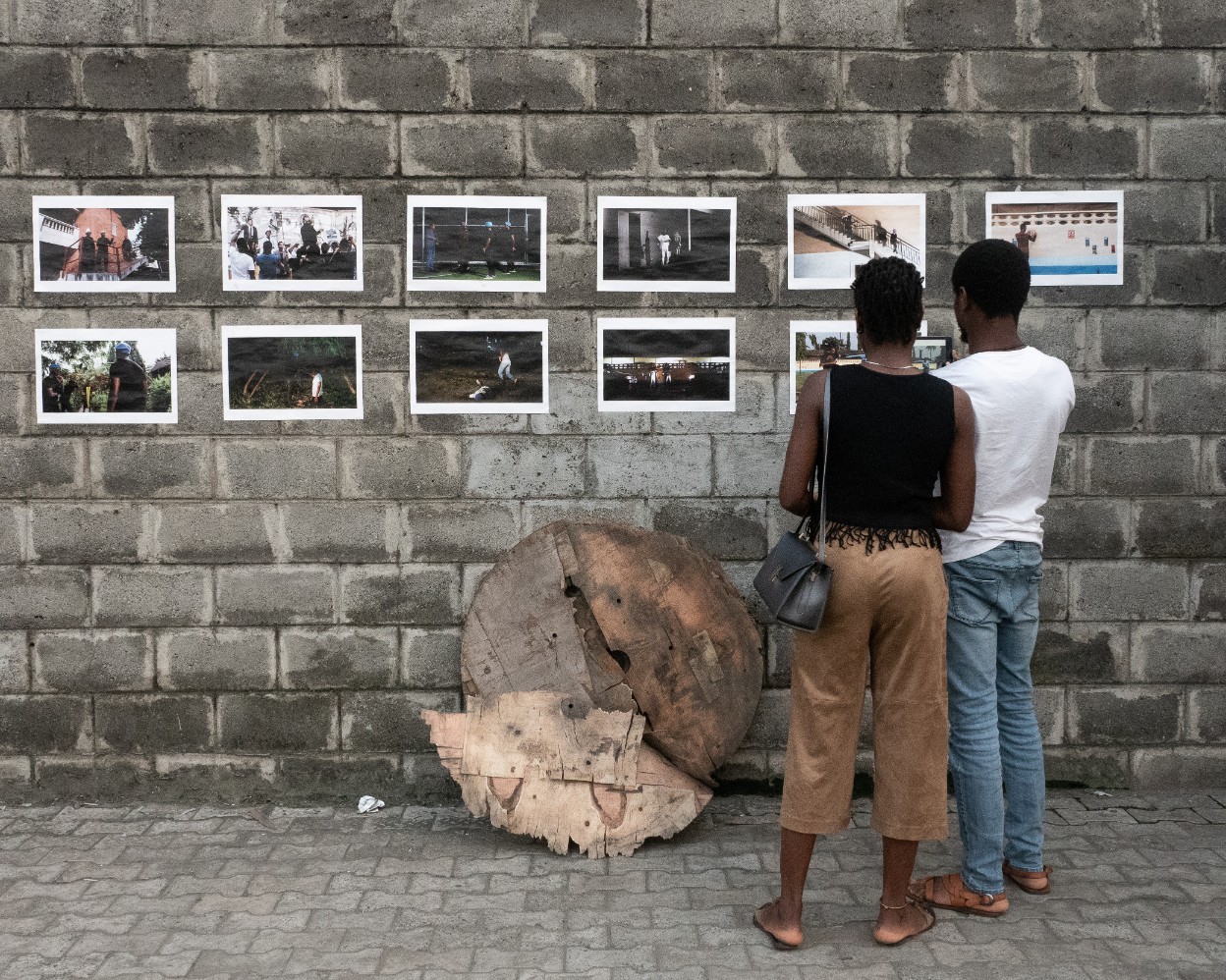 The project has received a high level of engagement, empowered by the anti-establishment stance taken by Shotunde. Furthermore, by using augmented reality for the project, spectators, after downloading the appropriate app, were able to hover their phones over the images to view moving images of each scene.

Freedom of speech in Nigeria is much improved from the brutal intolerance of the 90s, but the country still faces a plethora of challenges, which have been highlighted in the campaigning for this forthcoming election. Ultimately, Shotunde’s project is one of many paving the way to “provoke conversation around the state of politics in Nigeria in attempt to bring about this [necessary] change.”