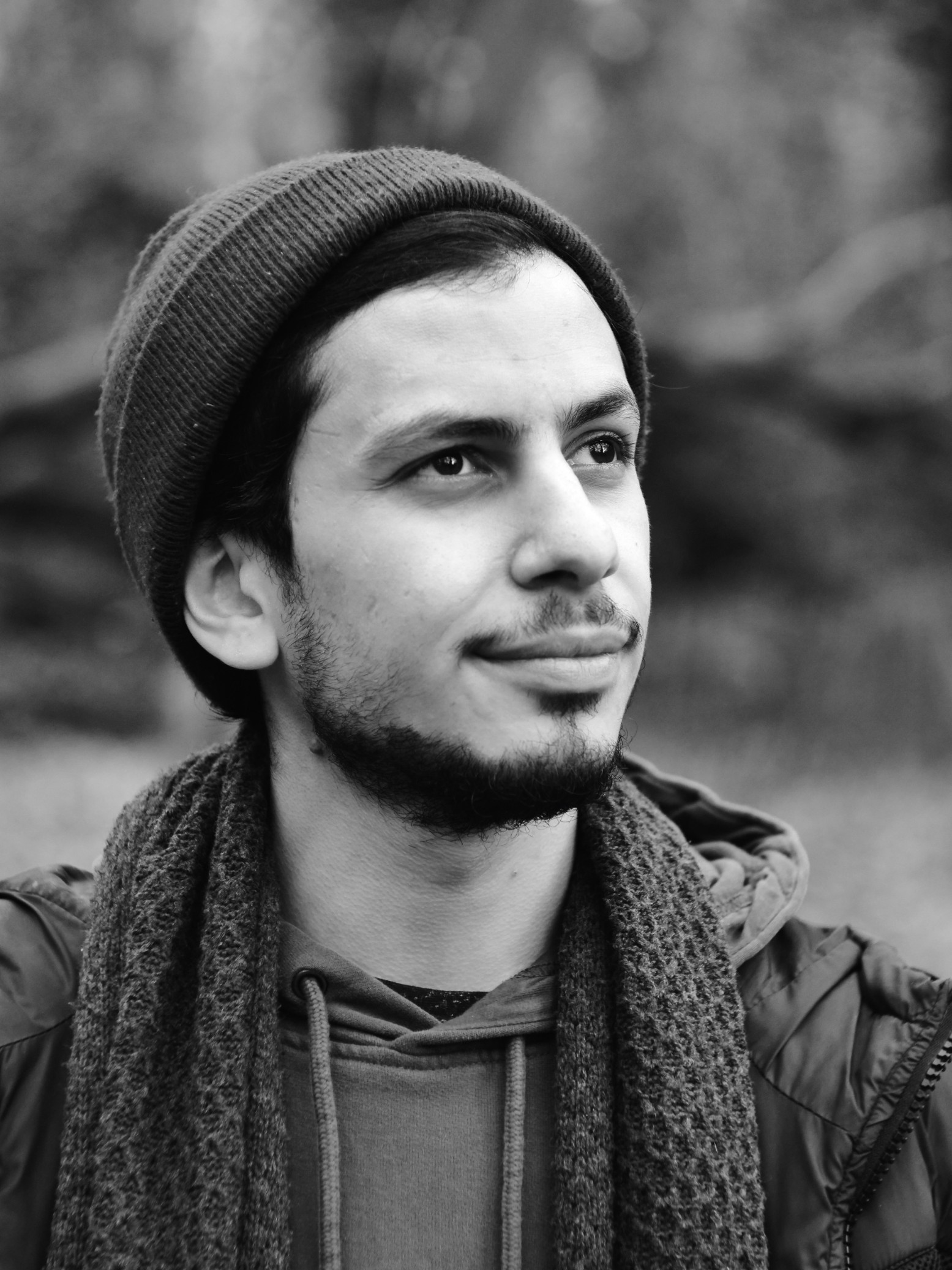 Life with PTSD: held hostage by my mind

It’s a feeling that you can’t really explain. It doesn’t look like an illness. You don’t notice it, and yet it’s always there.

I think I have had it for while now; probably since I left Syria in 2012. It’s numbing and frustrating. It’s familiar and unknown. It’s invasive and isolating. Relentless and distracting. Intense and haunting.

I didn’t even know it existed, this PTSD – post-traumatic stress disorder. Back home some people call that crazy, “majnun”. In fact, most people don’t know what it is or what it means and they don’t question it. They don’t try to understand it or fix it. Back home the solution for some is extra prayers and fasting. For others, it’s to blame it on the devil.

Refugees and asylum seekers flee from inherently dangerous countries and environments. Many of us are fleeing conflict zones or repressive and abusive societies. The odds of us experiencing trauma are therefore quite high. And the odds of us experiencing trauma on our journey to safety are even higher. Many of us were at the hands of traffickers, we slept rough, we were robbed and exploited. We were in such desperate situations that we took the risk of drowning or suffocating.

I use the past tense, but it’s still happening now.

Of the 25,000-odd asylum claims that are made in the UK each year, 60% experience depression, PTSD and other anxieties – though I wouldn’t be surprised if it affects more.

We all have nightmares and we all have bad memories, some more traumatic than others. You’ve had those too, right? Well this is what I thought for the past few years until it all started becoming a bit too much.

When I came to the UK, I was so happy in the first few months. I had achieved the dream of safety again; I had hopes for a good future after years of uncertainty, unrest, desperation and disappointment. But things started to change.

I was finally able to switch off my survival mode. That’s when my mental health issues got worse.

I started feeling increasingly stressed and wasn’t able to sleep. My nightmares were getting worse; they would take me back to Calais where the French riot police beat me and where fascists chased me with knives and baseballs bats. I thought this was normal and that with time these bad memories would gradually be wiped from my sub-conscious. But the French riot police still beat me and the fascists still chase me every night in my sleep, two years on.

I started having flashbacks too. When I walk in the rain, I am hit by a wave of desperation and anxiety – the same one I felt when I was homeless and helpless, cold and wet, not knowing where to go or what to do. Whenever I watch fireworks and hear them exploding, I remember the bombs of Assad’s regime dropping onto the houses of my hometown in Syria. When I hear an airplane, my heart starts to race. An afternoon on the Kentish coast – the sound of the waves crashing on the shore – takes me back to the panic of being in an over-crowded dinghy in the Mediterranean sea.

When I first experienced these so-called triggers, I didn’t understand why I was feeling these fears and feeling this guilt. Am I not supposed to enjoy fireworks? Why can’t I experience the seaside bliss like my friends?

As time passed, simple things like smells, winds, noises, the cold and heat started to increasingly trigger bad memories, anxiety and inner tension. It wore me out so much that I reached a point of apathy in social situations. I didn’t enjoy spending time with my friends. I felt like I didn’t deserve to have a good time. I still don’t. Why should I? Why me?

Why do I get to go for drinks and forget what happened to the people I love? How can I go out and have fun while so many of my people are still being treated like animals? Why am I here and not them?

Survivor’s guilt. That’s what they call it. Apparently it’s another symptom of PTSD.

It’s been two years since I claimed asylum in the UK and I still haven’t heard back from the Home Office or my designated legal aid solicitor. They neither pick up my calls, nor reply to my letters. I can’t work and I can’t study. I can’t travel and I can’t vote.

That makes it hard to rebuild a life and start over. I am still in a limbo, tied to the Home Office and stuck with my nightmares and flashbacks. Until they make a decision on my asylum claim, there isn’t much I can do except wait. Not being able to work or study is hard enough, so imagine adding PTSD to the mix.

When the Home Office processes our asylum claims, we are placed in accommodation where we must wait… And wait. And wait. These long periods of limbo and fear, the separation from family, difficulties with the asylum procedures and poor housing conditions will have further damaging impacts on our mental health and our chance to rebuild our lives properly.

As a general rule, I have never been a quitter. I have always tried to make things better and look on the bright side. But there is this shadow following me wherever I go and it makes me sad and it makes me stressed and it makes me scared and angry, confused and helpless. This is what PTSD is. All those feelings merged into one. And I didn’t know what it was until I read about it and identified with almost all of the symptoms.

As asylum seekers we are five times more likely than the average citizen to experience a mental health problem. And yet, ironically, we are much less likely to receive support.

So I decided to ask for a referral to see an NHS therapist.

It wasn’t easy for me to accept that I need to see a therapist. In Syria if people see one it sounds a bit extreme. People don’t do it unless they really hit rock bottom.

But I realised that it could really help me get rid of all of these strange feelings, of all this chaos and confusion in my head. I haven’t told my family about it because I don’t want them to worry more than they already do. But I am planning on telling them as soon as I start feeling better.

If we can identify our problems, it is a sign that we can solve them.

I have been living with PTSD for a very long time now but I didn’t recognise my condition as such until a few months ago. There are so many people out there who have it but they don’t even know. They are not supported, and even if they did have the available support, the stigma around mental health within many refugee communities prevents help from reaching those who need it. It often comes with judgment, shame and familial honour.

The first step to fixing any problem is to acknowledge it and this work must be done from both sides. Asylum seekers and refugee communities themselves need to unpack the shame and stigma around PTSD and recognise the complexities of coping with emotion; the UK too for that matter. But it can only go so far when the external day-to-day limitations we face make achieving a basic sense of balance, stability and wellbeing such an impossible task.

Mental health care for refugees and asylum seekers in the UK is in a state of invisible crisis.

We need to start these conversations. We need to draw attention to it. We need to help each other move forward. We can’t be left to deal with the psychological scars left by what made us flee, and what we endured whilst seeking safety, on our own.

Ayman Alhussein is a Syrian photographer and filmmaker based in London (instagram: @eymensy)

Juliette Lyons is French-British journalist and artist based in London whose work focuses on social affairs, migration and human rights (instagram: @julyons)