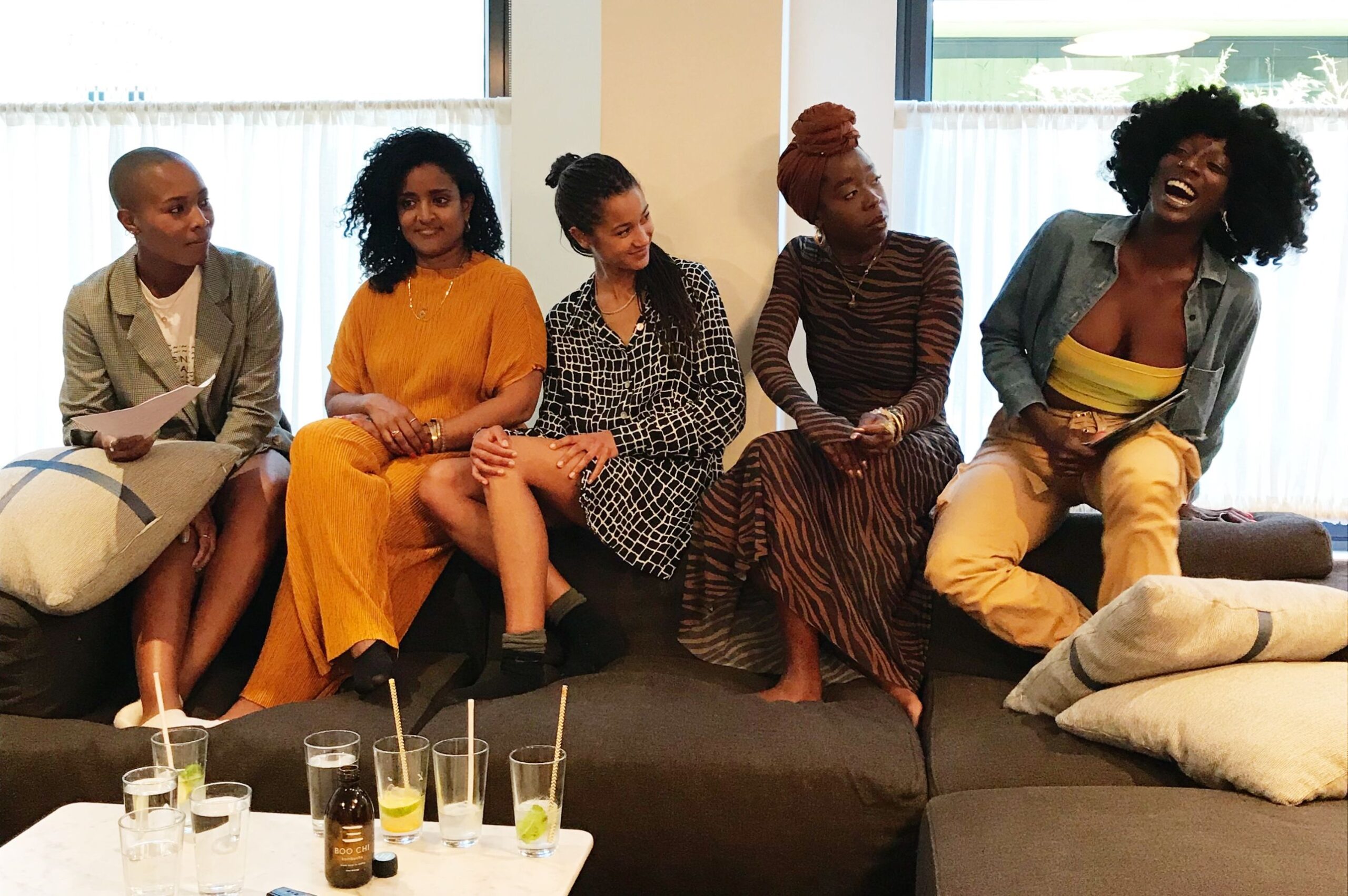 a review by Erin Cobby

Networks were being cultivated everywhere. In all corners of the Hoxton Hotel on Wednesday evening inspiring and aspiring young creatives were meeting with wonderful results. Unlike other panel discussions I’ve attended, which turn stale due to formulaic organisation, this event seemed to grow organically, keeping the idea of equal conversational exchange at its centre, rather than developing into didactic monologues.

This was the second ‘conversations’ event put on by Hanahana Beauty creator Abena Boamah, the first taking place in Brooklyn in June. Abena has singlehandedly created an institution: a skincare brand committed to empowering women of colour, with shea butter at its epicentre. She founded the company after realising the absence of transparency and sustainably minded products in the beauty industry. She now uses her 100% natural and hand-made products as tools for empowerment – providing financial stability and healthcare to women in Ghana who create the product. This has also spawned other projects, such as her journal, which includes interviews and photoseries from black creatives across the diaspora.

Co-hosting the event was Liv Little, founder of gal-dem, an online and print magazine dedicated to sharing perspectives from women and non-binary people of colour. Liv started the zine back at university in 2015 after feeling isolated amongst her predominantly white and middle-class peers. Since then gal-dem has grown into a media powerhouse, most recently releasing the book I Will Not Be Erased, a collection of stories from their writers about growing up in London.

Abeena and Liv created a hub in the heart of Shoreditch which simultaneously celebrated and uplifted young women of colour who are carving out spaces in creative industries. They were joined on the panel by Christina Nwabugo, Basma Khalifa and Fenn O’Meally, three creative trailblazers making serious waves across their fields, for an evening of laughter, openness and honest discussion.

The questions posed to the panel soon devolved into chatter with each woman asking as many questions as they were answering. Christina Nwabugo, a very successful arts director and photographer, offered a Robin Hood-esque approach to dealing with prejudice in the workplace. “You have to get the money to distribute the money”, she elaborates, stating she has found herself in some very unjust situations; however, she has felt it has been sometimes necessary to drown out the racism of her co-workers in order to attain the prize. She quoted Serena Williams famous words: “If I went on to the court with the world’s racism on my shoulders, I’d never win”. However, she also underlined the importance of pulling up co-workers and superiors on racist comments and micro-aggressions.

Basma Khalifa, influential stylist and filmmaker, who just released a documentary on BBC3 reporting her return to Saudi Arabia, also spoke about her experience of workplace racism. However, she stated that it was only when she stopped straightening her hair, thereby non-conforming to societal pressures, that she had realised she had made it as a creative. “As soon as I started understanding myself, my work came to me”.

Liv and Abena also offered their wisdom, with Liv highlighting the importance of self-care, creating clear boundaries and how you need to learn how to be comfortable with failure.

Fenn O’Meally, award-winning filmmaker and journalist, counselled patience to those feeling as though their projects were becoming stagnant. She revealed that it took popular UK TV show British Bake Off 10 years to get produced. This prompted Basma to exclaim, “I don’t want to wait that long!” Fenn and Basma, both mentored by the inimitable Reggie Yates, also stressed the importance of seeking guidance from those with experience, be it an old University professor or a well-established figure in the industry who you ask to shadow for a week – just make sure you brush up on your tea-making skills. Ultimately, don’t be afraid to ask. And if you don’t get a reply, you ask again.

Fenn offered another great anecdote to demonstrate the importance of creativity and perseverance when it comes to networking. She recalled that one of her guests on her BBC1Extra show Girl on the Ground was Nabil Elderkin who has directed many of Kanye West’s music videos. The pair met as Elderkin bought the rights to kanyewest.com when West was still an obscure rapper from Chicago. Years later when West’s lawyers offered Elderkin money for the domain he refused, stating that all he wanted to do was “shoot Kanye”. Now, he continues to take top production position as Kanye’s right-hand man. Fenn rounded her anecdote off poetically by stating that your career path can often feel like rock climbing: “you have to go this way to get that way”.

Aside from more general advice specific industry tips were also offered, with Christina stating that the best way to overcome personal barriers is to have email templates for different situations. She then asked the audience if they all had a media pack ready to go. The silence answered for us as she ran through the benefits of this kind of preparedness.

Basma’s advice concerning cultivating a circle of likeminded people was especially well received and already felt partially achieved by those in the room. This was the most apparent when the discussion was opened to audience questions. After the first audience member asked for advice concerning her next steps after a fine art degree, it was not only the panel that answered her. Each following speaker didn’t have questions for the panel but advice for the woman, building on the words of the person that had gone before. This created an incredibly supportive atmosphere, with everyone feeling like peers asking for a circle of friends for support. This was rounded off by the spokesperson for Hoxton Hotel offering the support of the global franchise to everyone’s creative endeavours, no matter how many followers on Instagram you had.

As I lined up to speak to some of the panellists I overheard the advice they were giving to the other patrons. Their words were full of genuine support, offering tailored advice and personal email addresses. This was not the only contact swapping that was going on, business cards flashed from hand to hand with countless collaborations being created in that single space. The energy in the room was palpable, showing how a supportive community can make everything seem that much more achievable. 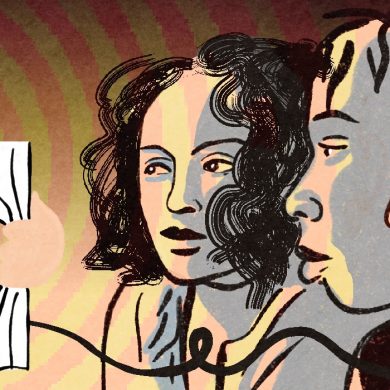