A Step Back: Women on trains in Japan

I’m going to start off by mentioning a word that’s probably going to make me lose a good portion of my audience, but bear with me. It’s those who feel irked by the word, offended by it even, who I want to reach most. So here goes. Privilege.

Now I know it’s a polarising topic, and understandably so. When people are told that they are privileged, it feels like their accomplishments are somehow less valuable. One may even think that their amazing feats are ruined, tainted by the fact that they have an advantage over others through their race, gender, sexual orientation, family lineage, physical attractiveness; basically any aspect of somebody’s life garnered outside of that individual’s power. But you worked so hard to get to your position, that if there was any privilege playing into it at all, it couldn’t have been much, you may think, which I completely understand. But please, for the sake of our discussion here, set that aside for a second, because right now I don’t want to talk about you, but how you see others.

Phew. Now that we’ve got that aside, we can start with an anecdote from my life as an undergraduate student at a university in Tokyo.

Most of my senior year at Sophia University was spent in the computer lab. During my daily routine of sitting in front of the computer for hours on end and thinking how long I could keep such a life up without going insane, I made it a habit to seek solace in the conversations taking place around me. First years’ complaining about all their classes being in the morning, the sophomores bragging about getting the hang of it all, and the juniors already too jaded to give one measly fuck about their GPA. It was among such conversations where one disappointing and infuriating discussion around privilege caught my ear, making me simmer in frustration.

“So we’re supposed to write about privilege, right?” said A.

“Then women’s privilege must be easier?” continued A.

“Women have more privilege than men do,” went on A. “Getting discounts every Wednesday on Lady’s Day at movie theaters sounds unfair — women-only train cars, too. You don’t have to power through crowded trains like men do. Those are just two examples.”

“Hmm.” B neither agreed nor disagreed.

And that’s where I couldn’t take it anymore and shoved my earbuds in to mute the two. If you noticed the absence of myself during the anecdote, bear in mind that it took an excruciating effort on my part to keep it that way. How I would’ve loved to jump into that conversation to go into an end-of-the-semester-stress fueled tirade of logic and more than the suggested daily dose of cursing, but I refrained, not wanting to make a scene.

Now, in retrospect, I can agree that what those two students were saying weren’t totally their fault. Their views are products of social conventions, and they can’t be held a hundred percent accountable for their ideas. The best we could do is to try to persuade them that there’s more to it than what they assume. I regret not giving them the chance they deserved, and by consequence letting them live onward with the misconception that Lady’s Day and women-only train cars are privileges that women have. So, in hope of them finding this zine and reading this article, I am going to dedicate the few pages given to me to articulate my thoughts on these issues. 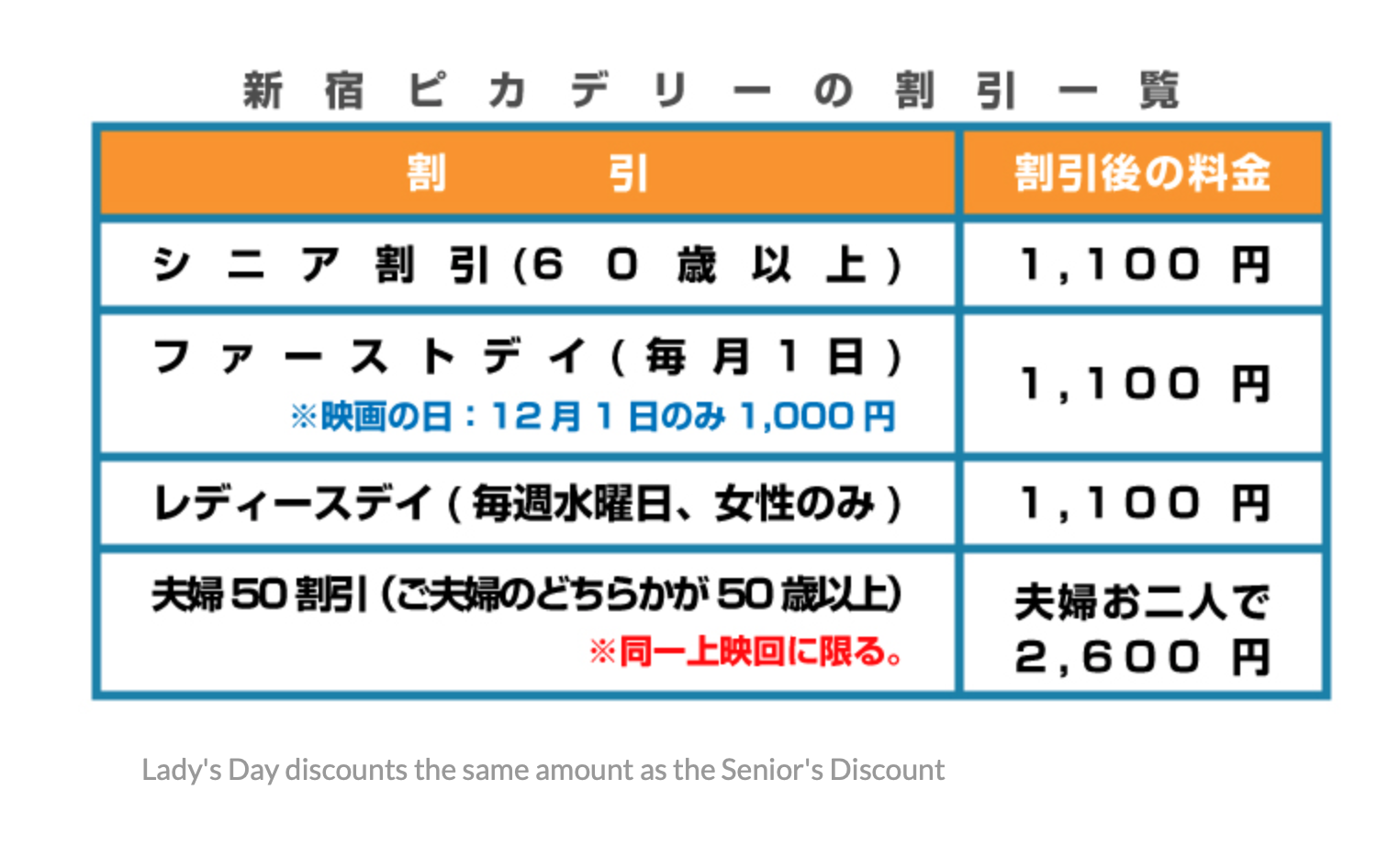 To begin the conversation, we must first discuss what ‘privilege’ is. A privilege is an advantage bestowed upon an individual or a group of individuals irrelevant to their intentions of receiving that advantage, through no actions of their own. Think of it as something like cracking open an egg to find that there were two yolks in it. You didn’t seek, ask for, or want it, but well, now you have a double sunny side up. Now, looking at this definition, one may assume how those two students came to the conclusion that Lady’s Day and women-only train cars could be considered as women’s privilege. No woman asked for them, and they seem to get benefits out of them through cheaper ticket prices or less crowded trains. But that doesn’t capture the whole picture.

Now, when we look at Lady’s Day, we have to think of it as a more materialistic thing. Movie theaters don’t hold Lady’s Day because they like women. It was a decision made to raise ticket sales, just like a bar would hold happy hour in the afternoon to entice customers to have that one sinful pint of beer in the afternoon. Lady’s Day is a deliberate marketing decision to gain profit based on their statistical analysis that women are more likely to bring their friends along with them when going to movie theaters, resulting in more sales. Moreover, let’s think of what implications Lady’s Day has of the theaters’ assumptions towards women. Lady’s Day is usually held on Wednesdays: a weekday, when most adults would be out working. Lady’s Day is built on the preconception that women are, on Wednesdays, available to go see a 2 hour long movie. The point is: women are assumed to not be at work on a Wednesday. Women don’t get employed like men do. Society nudges them towards getting married, staying at home, and tending their family, despite going through equal education with equal proficiency as their male counterparts. So it’s safe to say that Lady’s Day is a marketing decision made to capitalise on a product of a disadvantage given to women; which additionally perpetuates the idea that women are to be at home and not at work merely through its own existence. Doesn’t sound like privilege much, does it? 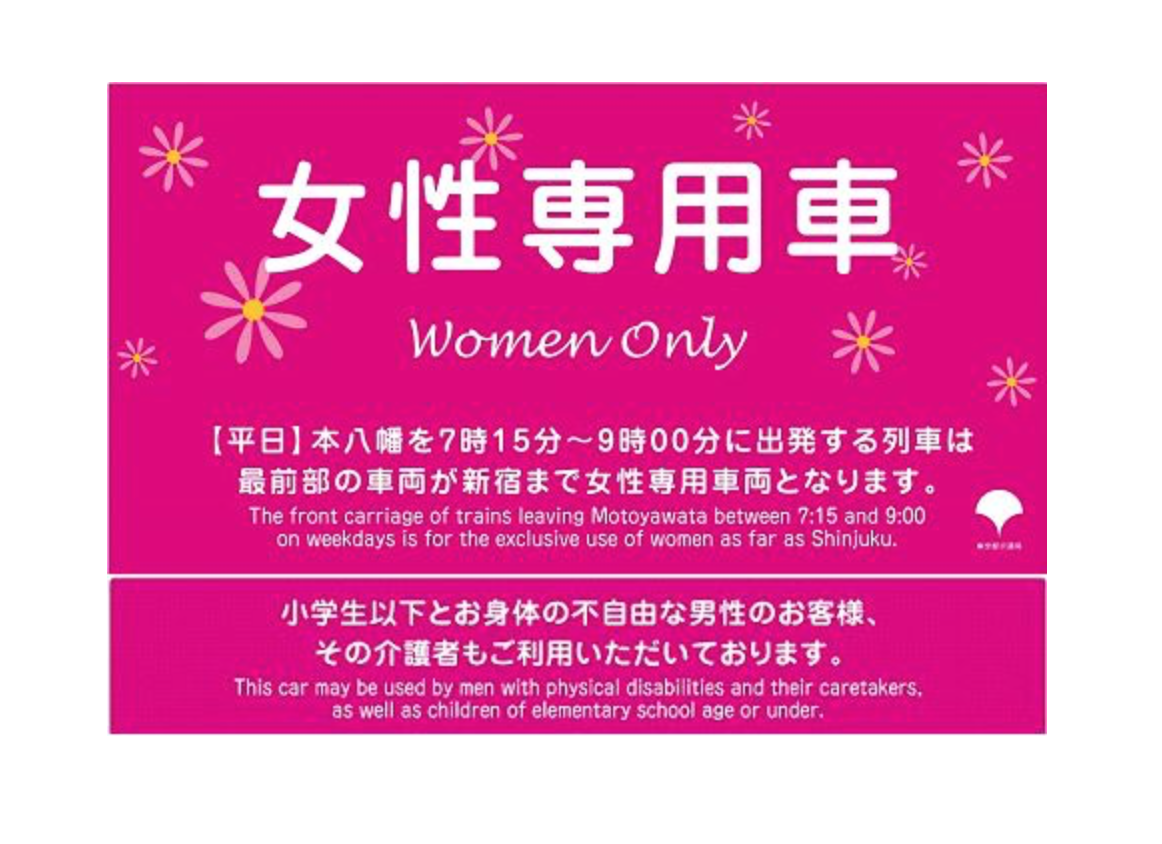 But that’s only half of what I want to get to. Calling women-only trains a privilege. I just what? Now to fully understand my frustration, you have to look back to the reason these exclusive cars were implemented. Women-only train cars were implemented in the first place as a response to the harassment of women on trains.A necessary move, albeit a first-aid-esque one, to keep women safe, and to let them feel safe while they commute like any human should be able to do. So men don’t like that women get their own special car? Well the answer is simple: just STOP MOLESTING WOMEN. “But men get molested too!” you may say. Yeah, to some degree. But, please. There’s this thing called proportionality, and it’s a really nice thing, so I really recommend you get accustomed to it. Women get molested to a far more alarming degree. A poll conducted by Wotopi in 2015 with 1563 women responding showed that 66% of those answering the poll had been molested in some way on the trains. How about men? I looked and looked and looked, and found no number. None. That’s how little there are, that nobody even documents them. Not to say that men don’t get molested, and not to undermine how terrible that is, but the proportionality just shows how much we need women-only train cars in comparison to a possible men-only train car. So considering all that, would it be fair, logical, or moral, to call a system that was implemented in order to grant women basic human rights, like commuting by train without being molested, a privilege? I beg, with all my heart and soul, to differ.

It’s natural for us to feel it unfair when others are getting something that we are being deprived of. Just, please, be aware of what you are being frustrated about, and where you direct that frustration. Before you write something off as being privilege, think of the implications and the intentions of why something is endowed upon a person or a group of people. If something seems outrageous and unfair, there might be a reason for it.. Take a step back from the canvas. The picture may be a lot bigger than you think.

We’re hugely excited to introduce our latest collaboration; a takeover from B.G.U zine, a Tokyo-based queer, feminist zine and collective, that empowers individuals and fights for change. This piece is the second in a four-part series which will see shado re-publish 3 articles from their archive with new accompanying imagery commissioned by us. Read previous article HERE