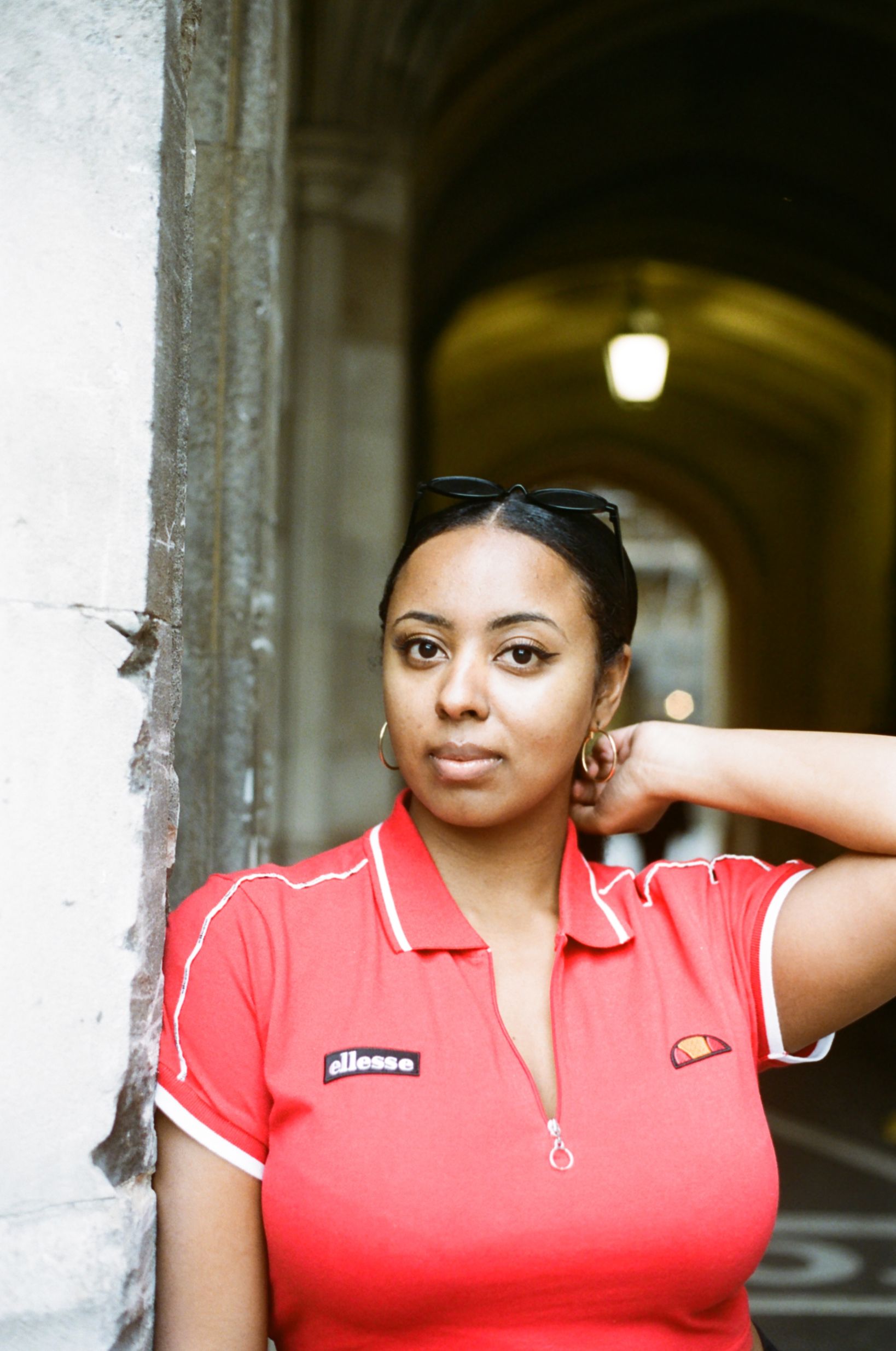 In conversation with Banseka Kayembe

Banseka Kayembe is a freelance writer, creator and Editor-in-Chief of Naked Politics, a website to engage young people in politics. shado met Banseka at the her place of work, the Houses of Parliament, to find out her platform and to delve deeper into some of the problems that exist within the political system – specifically, its current lack of accessibility and proper representation, which directly translates into disinterest and disenfranchise amongst young people. Naked Politics, by way of solution, is an important resource which carves out space for youth voices and, in turn, engages a new generation in U.K. politics.

Can you explain a bit more about the two projects you are involved with, and how they influence/inform each other?

I’ve ran my website Naked Politics since I left university in 2015. It’s a media platform aimed specifically at young people. I wanted to create unique online articles for our audience to inform, educate and create discussion about political/social issues- and more importantly in a way that isn’t patronising to young people. I didn’t want us to cover politics in a way that was stuffy and conventional. If the most engaging way for us to talk about an important issue is through sport, or something Cardi B had said recently, then that’s what I wanted us to do.

We proactively reach out to young writers, giving them a platform to voice their views and in turn help to empower those young people. ​We also have a specific youth perspective which is often missing from mainstream media platforms. The language, style and tone of our content is very deliberately suited for a younger audience​. We’ll be launching a new student campaign soon, trying to work more with universities to empower young people and create spaces for them where they feel like their opinion matters.

The second project I’m involved in is with a platform called Mixedracefaces. Their aim is to uncover the hidden experiences of people who identify as mixed heritage- by taking their portrait and allowing them to tell their story. Each participant’s story is then published on their website and on their social media channels.

I’m half congolese African, half Indian so I took part at the beginning of the year and found it an unbelievably amazing experience. I’d buried so much about my identity and who I was when I was younger- it was weird enough being a person of colour growing up in a tiny seaside town without having to deal with the fact I was mixed as well. After taking part I decided it would be a great idea to bring the organisation into Parliament and uncover the hidden stories of mixed people working in what is a very traditional, old school institution. This collaboration with MP’s in Parliament is launching on the 17th November on our website.

Ultimately, both projects are both about giving people often overlooked a voice. Young people are often made to feel like politics is not for them, whether that’s because of politicians, the media or a poor education system that does little to enthuse and equip young people to be political. It is assumed that young people are uninterested in politics which is totally untrue- many young people are very political but feel that their ability to be listened to or influence politics is any meaningful way is extremely limited.

Similarly, mixed-race people are often misunderstood. Black and minority ethnic people all sort of get lumped together, which on one level I understand. However to be of mixed heritage is a different experience in many ways. The unique challenge mixed people face felt important to highlight in an old institution like Parliament- giving them a voice and enabling other people working in the organisation an opportunity to listen to and understand them is extremely important.

Your project Naked Politics seems to really speak to the growing politicisation of youth. We have seen growing political interest and political mobilisation from youth in protests, petitions and social media awareness – but this isn’t necessarily translating into electoral participation. What do you think are some of the barriers that still exist in terms of political accessibility for youth, and why is it important to be providing spaces/knowledge/education on how youth can mobilise their political voices at higher level?

Naked Politics is properly grassroots- I started it on a really basic website builder, a terrible logo and with zero experience in the media or running a website. It’s really an example of what you can create with a lot of love and passion I think.

We undertook some research this summer surveying over 300 young people to ask them what they thought about politics- and the results weren’t good! Young people are really interested in political issues, but felt extremely distant from actual politicians and the formal institutions they occupy. Many of them thought politicians were untrustworthy and unlikely to fulfil their promises. They view politics as massively inaccessible and not tailored to young people’s issues. Which all made for pretty sad reading.

Other previous research done by other groups has also shown some young people feel they haven’t been given a good enough education to know enough about how politics actually works, like what each party’s values are etc. So they feel let down by their education system.

It’s so important because young people have as much a stake in our society as anyone else- and will be dealing with the consequences of political decisions the longest. But a lot of work needs to be done to prove that it’s worth them having their say- voting being the obvious one.

It’s also extremely important as now more than ever, we can’t be complacent about the value of democracy. If we don’t teach people how important it is, it is not unthinkable that we could drift into an undemocratic system. Democracy only works when most people think it’s a good thing.

What was your own experiences growing up – was the birth of naked politics by gaps/ lack of access to accessible political discussion you experienced?

I had the total opposite experience- my family is pretty political and having conversations about politics was very normal for me. The news was always on TV and a newspaper was always sitting on the coffee table. I’m pretty nerdy as well and read a lot as a kid, so much of my views of the world were informed by the books, poems and plays I read. But I think I lucked out- most young people aren’t anywhere near as exposed to the issues as I was.

It wasn’t until I was at university that I fully realised how inaccessible the world of politics really is- for many people not just young people. By the time I graduated it painfully obvious that there was no platform successfully reaching out to young people to talk about politics in a way that is tailored and suited for them. So I created Naked Politics to fill that gap.

Can you tell us a bit more about your latest project with Mixed Race Faces, which includes MPs? Why is it important to not only create spaces but also to bring politicians into these spaces?

When you break Parliament down as an organisation, MPs are at the centre of it. So it felt extremely important that we find mixed race people in those positions of power as well. It was a really interesting experience because through interviewing them, I could really understand who they were as human beings, as opposed to the often pre-scripted content we’re used to seeing. I’d like to think they also got a lot out of taking a moment to reflect on their identity.

Over the last year, Parliament has been deemed to have a significant bullying and harassment problem- some of which has had a racial element to it. To counteract this, I wanted the institution to better understand the many different experiences and the amazing diversity that contributes makes it so great. That diversity is a strength and by highlighting the variety of mixed-heritage experiences in a small handful of staff and MPs I hope we can start a dialogue leading to a better understanding and appreciation of our differences. MPs have a lot of power, both internally in Parliament but also publicly, so it is incredibly important that they help to lead the way.

There often becomes a disconnect between politicians and grassroots social movements when in reality there needs to be more cohesion to help nurture a ‘trickle-up effect’ from the those on-the-ground. Why is it so important to be engaging with politicians in these discussions and what do you hope this cross-connection creates?

They’re the ones with the power, so proper change is pretty hard to effect without them. As our representatives, we need them.

I hope that a greater cross-connection should mean that in the long run we are restoring people’s faith in these systems and institutions that many are increasingly fed up or apathetic about. People want to feel like our institutions are fair and generally a positive thing. It’s a two-way street, all politicians have to want to engage as well- but I’m hopeful we’ll get there.

Interview carried out by Hannah Robathan and Isabella Pearce, co-founders of shado