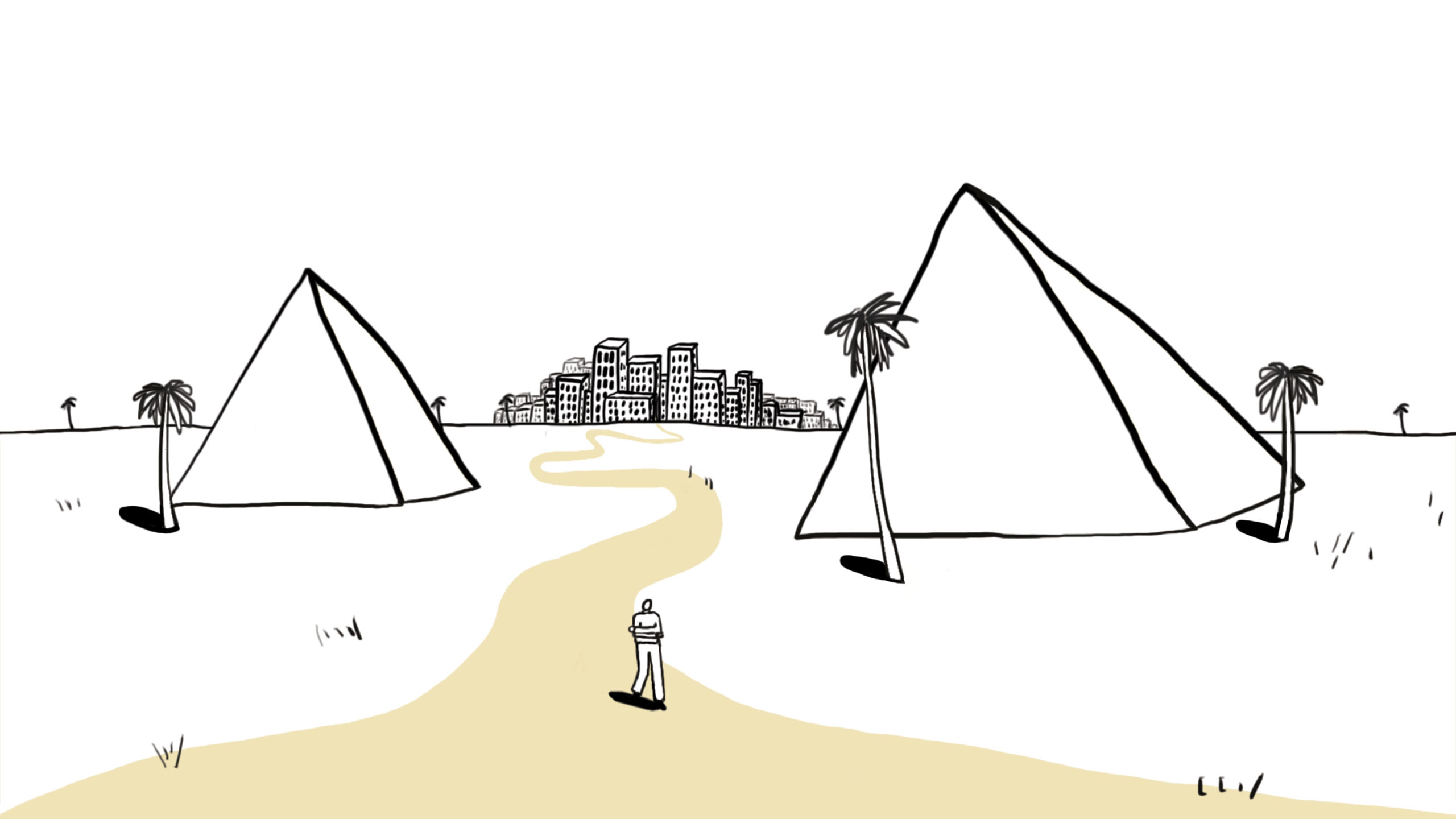 Imagine that being yourself could get you killed.

Adam is a play written by Frances Poet and directed by Cora Bissett based on the real-life experiences of Adam Kashmiry, an Egyptian man forced to leave his country for being transgender.

A two-person play, Adam is played in his two physicalities. Rehanna Macdonald plays a part of Adam that is reserved: insecure, afraid of change and very attached to his home country of Egypt. Kashmiry plays the lead in his own reassignment story: the part of Adam who is willing to let go; to take a chance even if it means death; to do whatever is needed to become the person he really is.

After its successful run, initially at the Edinburgh Fringe in 2017 and later at London’s Battersea Arts Centre in 2018, Adam will go on tour in the US this year.

Was there a point when the play became less about you, and you could detach from the character of Adam?

Yeah, totally. When I first spoke with Cora, and she told me about her vision of making my story, I agreed to it, because it wasn’t just about my personal experience. She wanted to represent the whole LGBTQI community, which really appealed to me. At this point in time, my story was just going to be donated but I was never going to be in it. But then, after I got the part and we started rehearsals, and I was just acting as myself…it didn’t go very well. We were opening up a lot of memories that I hadn’t thought about for a really long time, so I was getting deeper and deeper into the past and into the connections with these memories. I was getting closer to these feelings, and halfway through rehearsals I started to get into a really dark place, and I knew I couldn’t allow that to happen. That was, I think, the moment I decided that the Adam in the script was not me. He was a character, and although we had similar experiences – which meant that I could act the part well – we were not the same. I should feel the emotions during the play, but I shouldn’t carry any of them with me.

Well, your story stopped being exclusively about you, and became a mouthpiece for the experiences of the wider community. That removal from your personal life must have been really important.

Absolutely – that’s what I liked about Frances’ writing. She took the spirit from my story, but she added a lot of things that would also include the larger community. I’ve had bad things happen to me, but I wouldn’t say every bad thing in the world has happened to me. But her adding things into the writing helped me to disconnect, as it gives the audience an impression of the overall realness of any trans life.

Why do you think theatre is such an important tool for advocacy, and spotlighting issues that people may otherwise not understand or have experience of?

I never really believed in the power of theatre until I took part in it. It’s really strong. It’s not a screen: it is human beings. I’m a person that believes in energy and energy in the room and I believe we can affect each other.
At some point in theatre, you place yourselves in someone else’s shoes: you begin to feel that same emotion, and that becomes powerful. I think theatre is an extremely powerful tool to make people sympathise with an issue, or a person’s life, as it makes you really see it from the other side. It is powerful and useful – and Adam actually did change people’s minds! People were like, “I never knew anything about this, and thank you, because now I know”. It completely changed some people’s outlook.

Performing in Adam was really powerful for me. Often, people would wait and speak to me after the play. There were people I would actually end up crying with; people who had been through the same experience.

I think the fact that the play – and my story – is positive in the end is really important to a lot of trans people. Not many people know that a happy ending even exists for trans people. Someone told me, it’s one thing to see the play, but because I’m the real guy, who has gone through it, they thought that it was achievable. This is exactly my motivation.

I wanted people to be like, “Wow, if this guy can do it, then bloody hell, I can do it too – nothing is stopping me.”

Olivia Domingos is an artist and illustrator based in the UK. Her work consists of installation art and drawing; exploring subjects from celebrity culture, societal norms and wellbeing, to human rights and the environment.