Is the UK ready to build its own intersectional movement for change?

On Saturday 18 June, thousands of people from across the UK took to the streets of London to protest the cost of living crisis. Overseen by the current Conservative government in the UK, energy bills and transport costs are rising, inflation rates have doubled, yet wages are systematically kept down.

On the streets of the capital, workers, pensioners and students, facing bills we simply cannot pay, rallied together to demand a different future. The march, which left from the BBC headquarters in central London, was one of the biggest demonstrations organised by the Trade Union Congress (TUC)  in recent years. It showed the enduring power of unions and marked the beginning of a fight against the Tories’ reign of austerity. 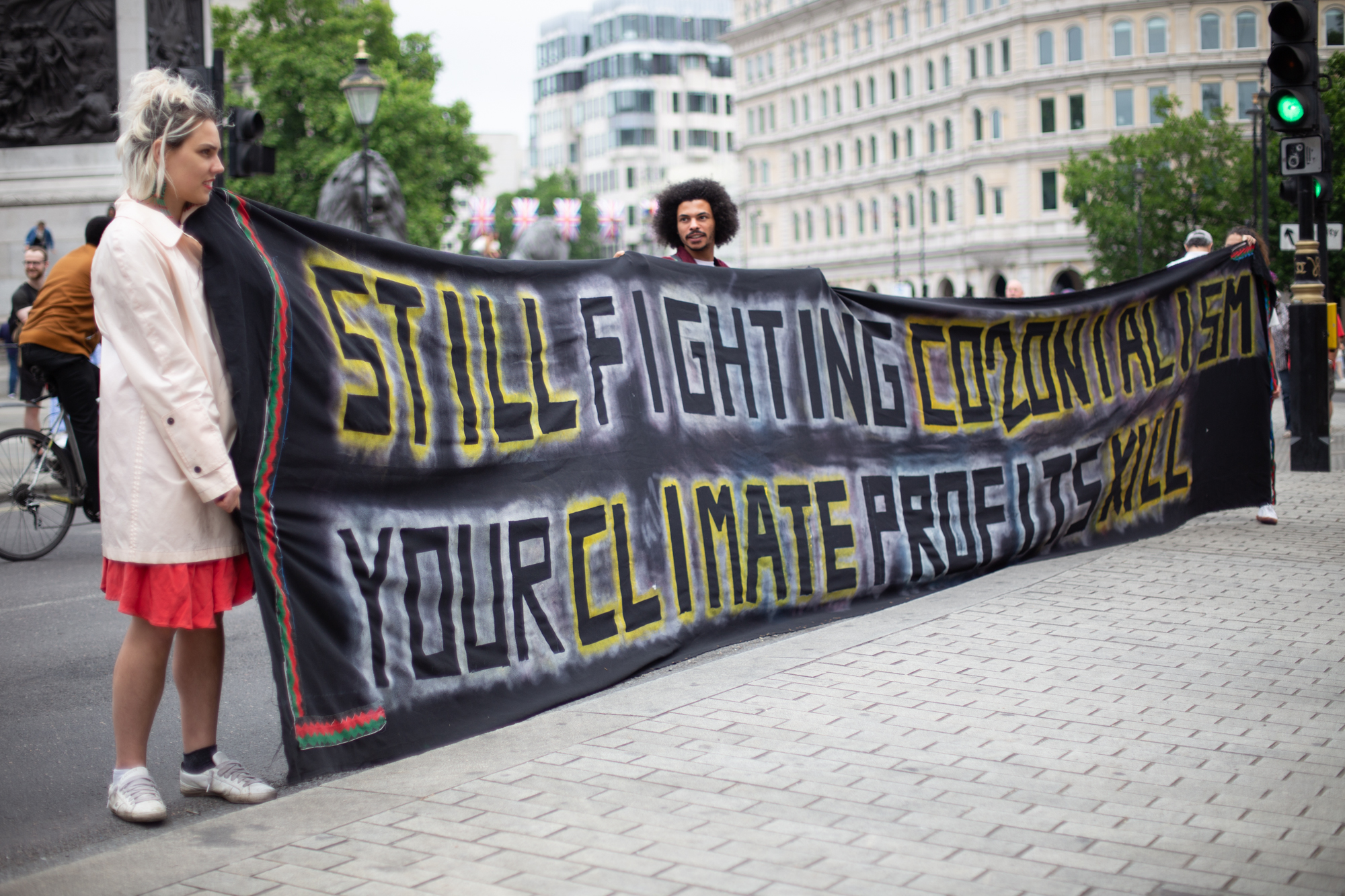 Chile and the fare hike that broke the camel’s back

This type of public outcry has been gaining momentum around the world. In Chile, a cost of living crisis similar to the one we are facing in the UK sparked one of the biggest unrests in decades during the autumn of 2019. A public transport fare hike prompted 12 days of mass protests which transformed into a nationwide uprising, with protestors demanding dramatic changes to the country’s economic and political system.

In response, Chile’s billionaire president Sebastián Piñera was forced to replace eight ministers and announce a string of emergency measures, including a small increase in the minimum wage and higher taxes on wealthy Chileans. But the impact of this unrest did not end there: this March, Sebastián Piñera was replaced by Gabriel Boric, Chile’s youngest ever president, who won on the promise of large-scale political and social transition.

Chile provides us with an inspiring example of how a crisis can be turned into a movement for transformational change. Are we in the UK finally ready to build a sustainable movement that can force a change too?

A history of austerity and racism in the UK

The cost of living crisis in the UK is not new. Twelve years of Tory government has left poorer, predominantly working class POC in the UK hit the hardest, as public services they rely on to live are decimated by austerity.  And this is inextricably linked to the intersection of health, climate and class; a tangible example being that these communities are often exposed to higher levels of air pollution, causing extreme health risks.

The enforced borders of documentation

This year also marks the 10 year anniversary of the Hostile Environment policy, first introduced in 2012 by then Home Secretary Theresa May. The policy literally seeks to make the UK a more unwelcoming place to live and work, by requiring employers, healthcare workers, landlords and university staff to check a person’s paperwork before treating them, renting to them, employing them or giving them a place to study. It cuts off undocumented people’s access to all these services, forcing them into poverty and precarity.

The UK government’s Nationality and Borders Act further punishes asylum seekers  by criminalising migrants for crossing the Channel, and sending some people who are seeking asylum to offshoring facilities in Rwanda.

How the climate crisis exacerbates the hostile environment

It might feel like a stretch to link the cost of living, the hostile environment and the climate crisis – but it’s not, as those who are victims to these policies are one and the same

The government recently approved the Jackdaw gas field in Scotland, in what they partially frame as an attempt to combat the rising cost of fuel. However, what it will actually do is exacerbate the devastating impacts of climate change in climate-vulnerable countries, forcing more people to leave their homes for safer territory.

The UN’s International Organisation for Migration estimates that there could be between 25 million and 1 billion environmental migrants by 2050, who are moving either within their own countries or across borders.

Climate justice, class justice and migrant justice are all intimately linked. The hostile environment and this cost of living in the UK might be relatively recent developments, but the people affected are those who have been facing oppression for centuries: migrants, workers, women, gender diverse people and other marginalised people.

Around the world, people and communities who live in countries that are indebted to banks from the Global North can’t invest in most of the mechanisms they desperately need in order to respond to the climate crisis – such as health, care, flood defences, housing and community-owned renewable energy. Meanwhile, the biggest polluters – the fossil fuel and agribusiness industries – are essentially being paid to pollute through UK government subsidies and tax breaks. This is money and power that could be supporting people’s livelihoods during crises like the pandemic, and redistributed to address precarity and climate breakdown.

So it’s not a trade-off between climate, class, and migrant justice. We have the power to end austerity, fossil fuels, and the hostile environment if we connect our struggles and act in solidarity.

But recognising that doesn’t mean ignoring the different ways people are impacted by crises. The poorest countries, for instance, are often the least responsible for the climate crisis but have to bear the brunt of flash foods, raging fires, drought and crop failure. People around the world are being subjected to the climate breakdown in distinct ways, to varying degrees, some immediately and some slowly but still insidiously. But, if you start looking closely, they all have a common cause.

All systems of oppression share a common cause and common solutions

The elites have done everything to create a narrative and environment that pits us against each other, and they have won many times. But in the same way that Chile did not have a single issue movement that took it to the streets in 2019, we in the UK must build a powerful movement with the conviction that our struggles against climate change, the cost of living, and the hostile environment all share a common cause: the system of domination, exploitation and violence that has haunted our communities for generations.

Building from this place would help us understand that all our struggles also require similar systems of care and repair. We envision a world in which communities have what they need to determine their own futures. A world without colonial borders and racist migration policies, where we support and welcome migrants regardless of why or how they’ve arrived. A world where polluting fossil fuels are replaced by community-owned renewable energy, where countries and communities affected by climate change receive the finance and repair they need to prepare and recover from disaster. 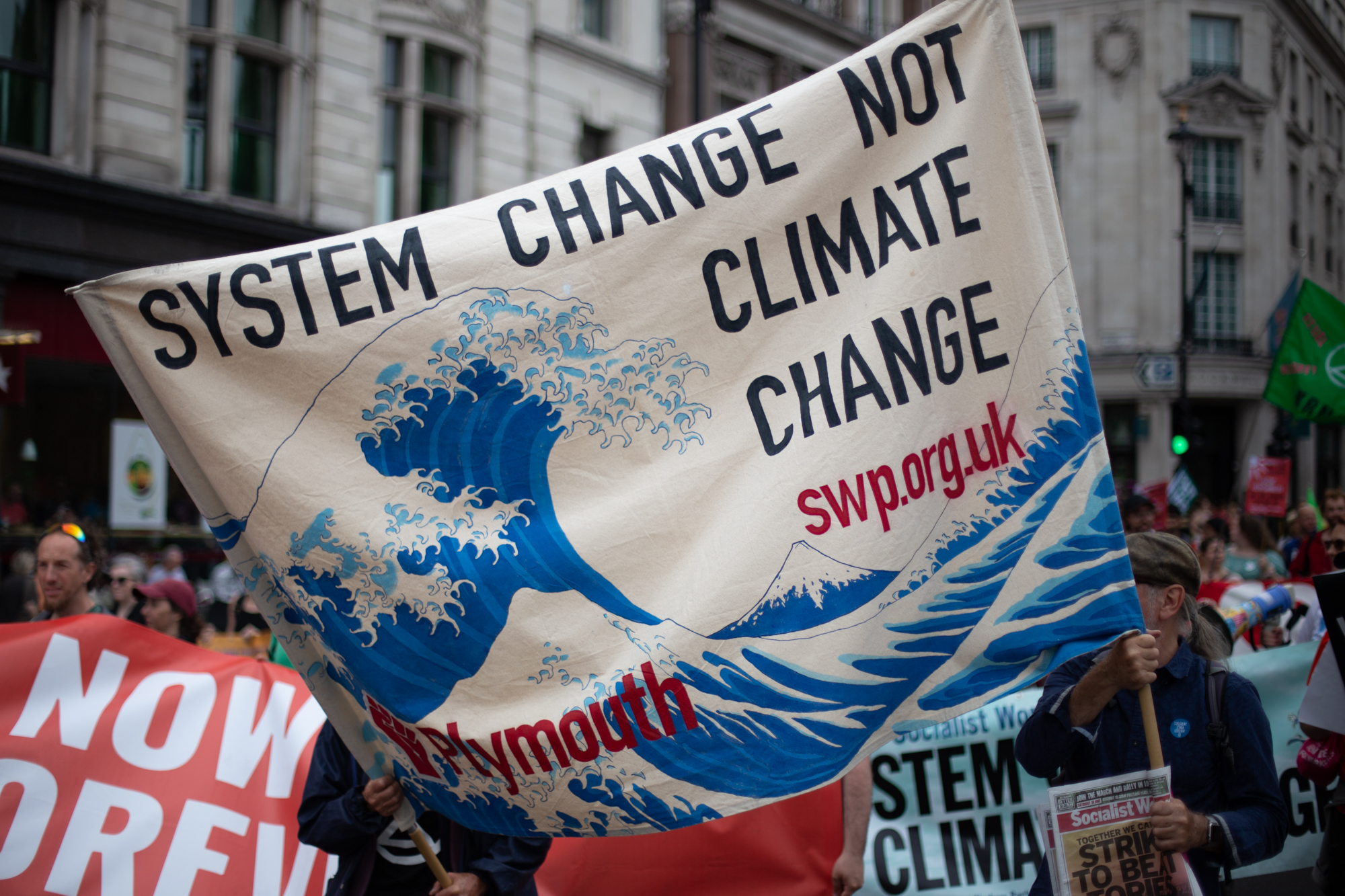 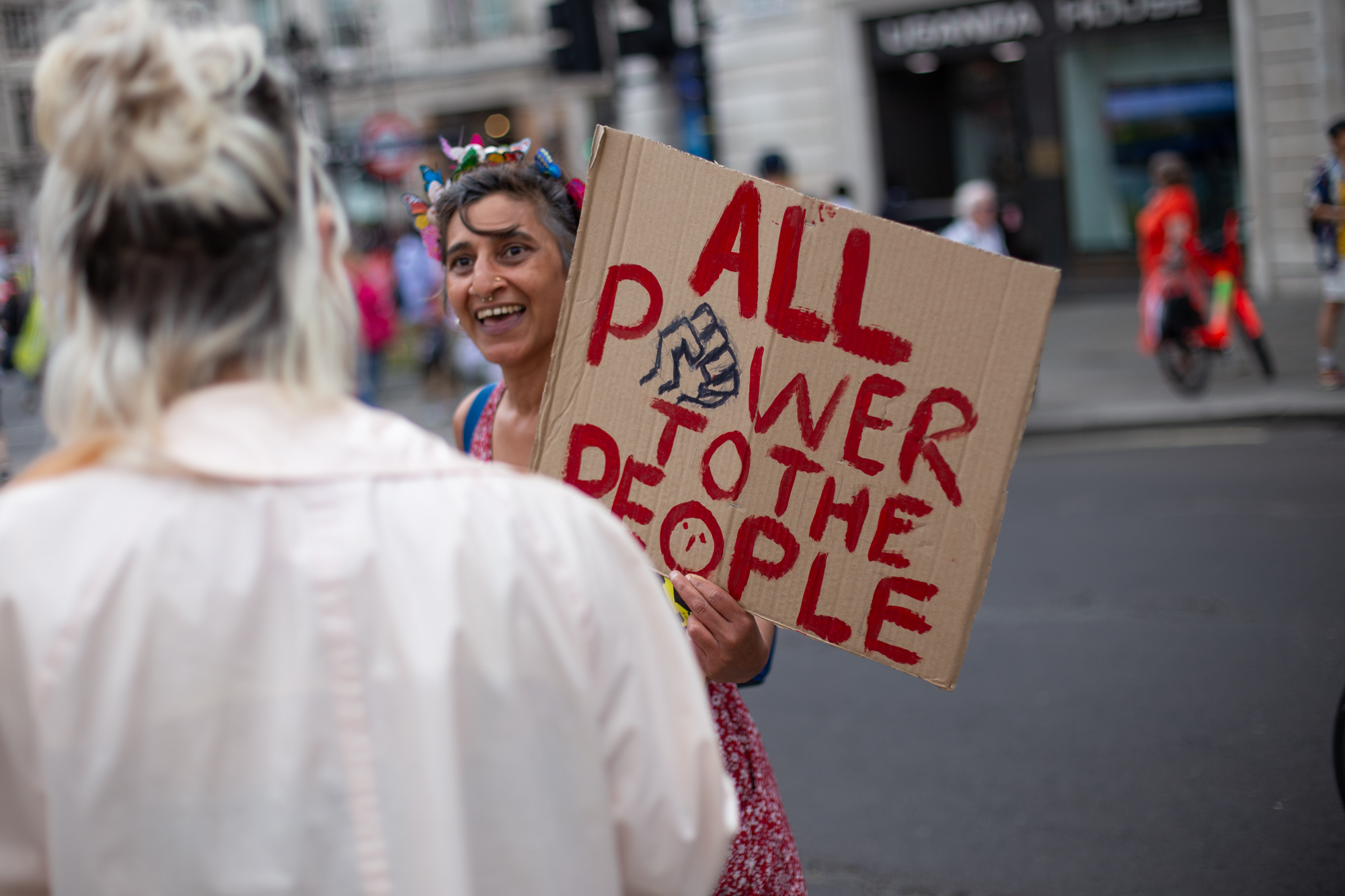