The smell of fresh cheese surrounds Anahit Danelyan’s house. Anahit lives there with her husband, Karen, their two youngest children – Mariam and Andranik, aged seven and five along with the family’s dairy cows. It’s the summer of 2021, and the family is busy creating their new home in the small village of Bernakot, in the Southern region of Armenia, close to the border with Azerbaijan.

Eight months prior, Anahit and her family were forced to flee from their home in Nagorno-Karabakh – a de facto state historically disputed between Armenia and Azerbaijan – following the upheaval of the second Karabakh war, which broke out on 27th September 2020. The conflict lasted for 44 days, ending in November following a trilateral agreement between the two nation states, and Russia.

Anahit describes the psychological toll of conflict on Karen who helped the family escape from Nagorno-Karabakh to Armenia. “When he came to take us, his mental state was very bad. He said that we needed to run away. When we left, we were in the same car as the body parts of dead soldiers. He went mad that day. He wouldn’t eat, and he couldn’t stop crying.”

After helping them to escape to Armenia, Karen (a veteran of past conflicts in Karabakh)  returned to fight in the territory. He was out of contact for four days, while Azerbaijan forces blockaded the area. On the fourth day, he managed to escape, and was eventually able to re-join his family.

Anahit’s youngest son, Andranik, suffers from liver cancer; her fear of losing him, she says, has given her perspective on losing her former homes. “When the government officials came to check our property documents, we had a house in Lernahovit [Nagorno-Karabakh] and another one in the neighbouring village. They thought that we’d go crazy for losing that much, but honestly, because I see what other people have lost, I didn’t care about it.”

The process of moving wasn’t simple, however. As a 16 year-old boy, the family’s eldest son Spartak is due to be enlisted into the Karabakh military in two years time. Spartak initially moved to Armenia with them, but after the conflict ended on 10th November, he decided to move back to the region because he was missing his friends and high school in Stepanakert – the capital of Nagorno Karabakh. Not wanting to be separated from each other, in July the family briefly attempted to return to their former home. “We tried to stay, but it was terrible,” Anahit says. “Karen had nightmares and our youngest son’s health condition worsened.” She explains how keeping the family together was no longer possible, and so the rest moved back to Armenia, while their eldest son stayed in school in the region.

“We prefer to live badly in Armenia, rather than always feeling in danger in Karabakh,” says Anahit. But life in exile is still hard for the family. “We don’t feel at our place here. [In Nagorno-Karabakh] both of us had work, we had a big farm, I was an elementary teacher, my husband was a school manager, we had everything.” A year on, the family still lacks running water, and their only source of income is from selling the cheese they produce from the few cows they own which they bought with government subsidies provided to new refugees.

The International Crisis Group estimates that at least 6,000 people, including 150 civilians, have been killed in the war. According to Nagorno-Karabakh authorities, about 90,000 of the 150,000 inhabitants fled the region. While it is uncertain how many of those have returned, it is believed to be between 25,000 and 50,000. Today, thousands of displaced people are still sheltered in hotels, schools or apartments of private citizens – mostly in the Armenian capital, Yerevan.

The family is currently living rent-free in a house given to them by a local man whose son died during the war. “When we came to this house, I was praying for the owner’s son”, Anahit says. “Every day, he was lost, and I hoped that he would be found safe. It’s okay if we lack food but let there be peace. Let nobody lose a child, not a neighbour, not a stranger, nobody.”

A year after the end of the war the situation in the region remains tense and likewise Anahit’s family, thousands of Armenian and Azerbaijani soldiers and civilians are still coping with the war trauma. In September 2021, Eurasianet – an independent news organisation that covers South Caucasus and Central Asia – published a co-authored piece by an Azerbaijani and Armenian journalists on the psychological toll of the conflict on both societies. They point out the rise of suicides rates and the lack of specialists and systemic psychological support in both countries, despite being for 30 years in a conflict-like situation. 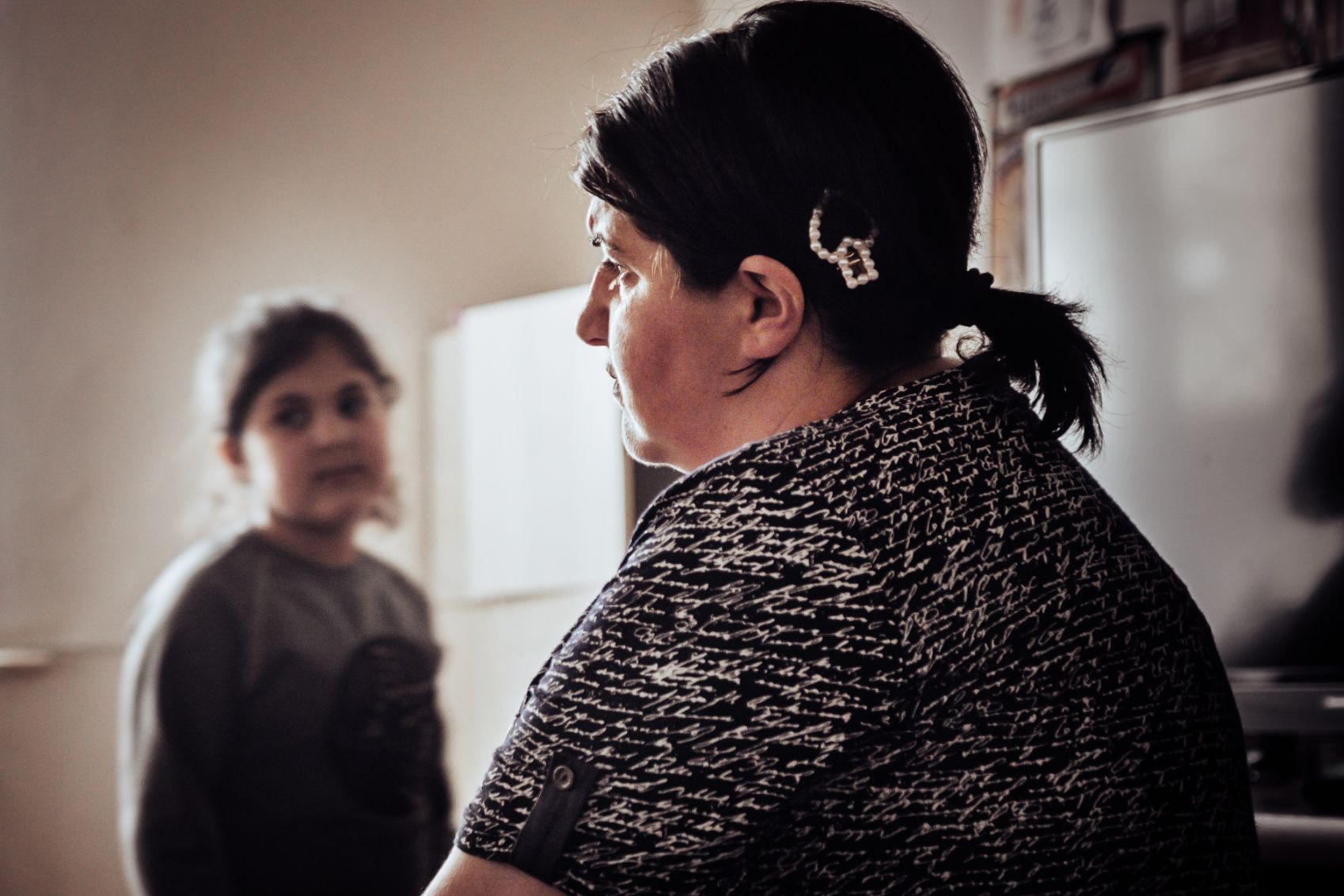 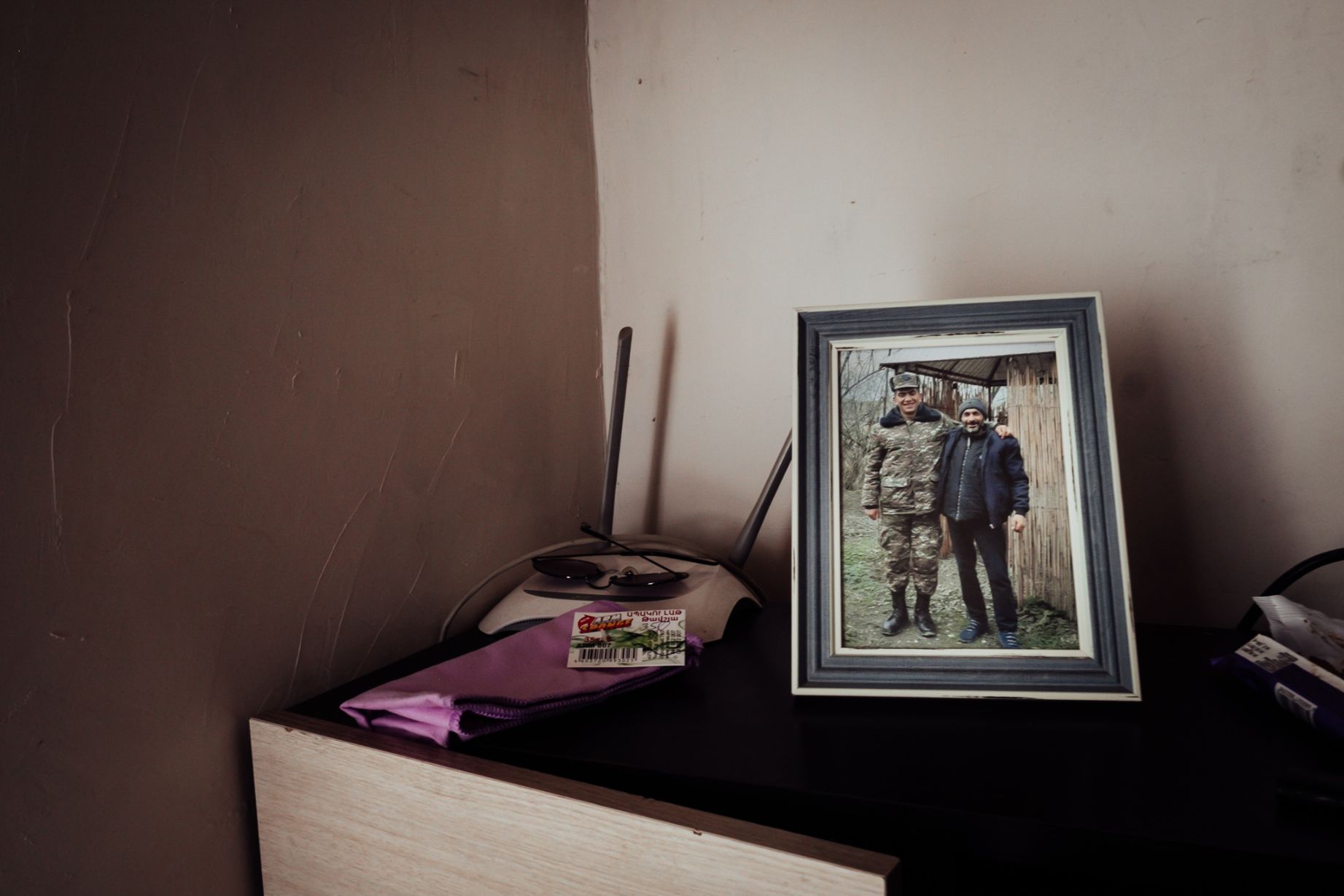 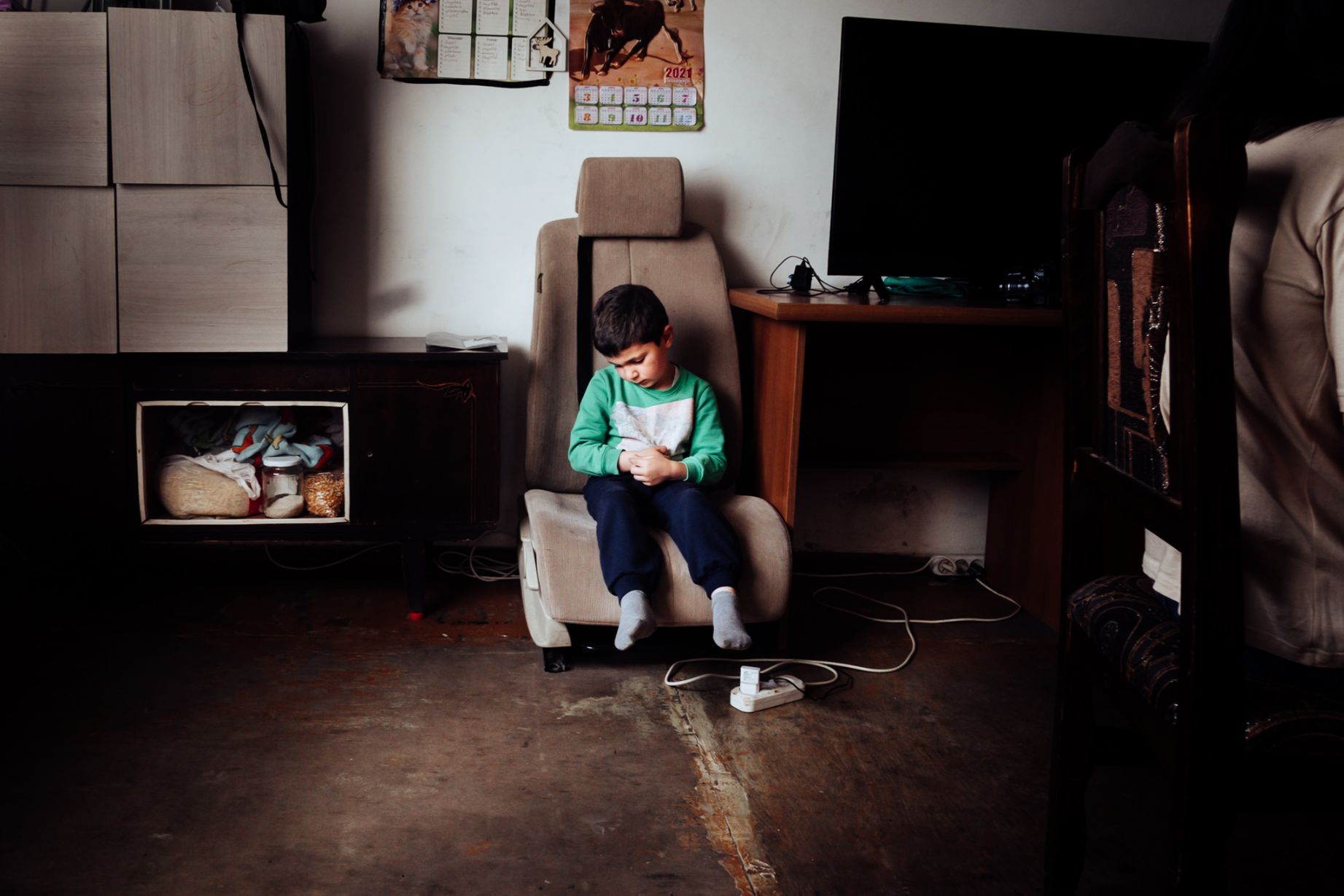 To learn more about the situation, visit: