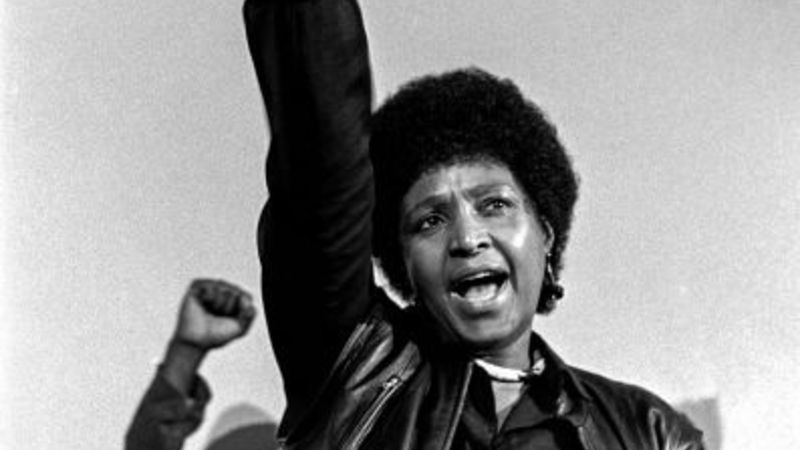 The Location of Theory: on ‘Nego-Feminism’

The Location of Theory

Whilst theory holds value in its ability to suggest practices and guides for how humans should act, one of the major critiques of theory is its dislocation from reality. The dialogue between theory and reality is one which must remain continuous, to ensure reality is informing theory. Furthermore, reality is non-temporal, and varies between locations, thus it becomes important that theory acts like a malleable object, rather than a fixed entity. Considering the variables of time and location, with theory we are implored to investigate whose reality, at which point in time, has informed the theory. That is to question, for example, how applicable rural Peruvian theory of education from the 1950s, is on Nairobi based students in 2019. It is certainly possible that such theory is applicable, but it would be unrigorous, not to question its relevance.

I know next to nothing about agriculture, but humour me with an example. Let us suggest that apples require chalky soil, sun, and water to grow well. A farmer who grows apples therefore has experience of the terrain, which contributes to her theory on how best to grow apples. However, in a totally different location, where pears are grown, would it be correct to suggest that these same elements, of chalky soil, sun, and water, are equally necessary? We know both apples and pears are fruit, and for the sake of this illustrated point, let us even suggest that they share 50% of the same biological qualities. However, that still does not necessarily merit the application of the former farmer’s theory in the terrain of pears, not least for fruit in general. Perhaps the theory may be partially applicable, but not wholly.

Therefore what I seek to interrogate and deconstruct is exactly the location of theory, that is, from where theories originate. I have briefly touched on time which is also an essential variable in the construction of theory; perhaps a later piece will be titled the Temporality of Theory, but in this article I seek to focus solely on location as a variable.

In her piece on Nego-Feminism, Obioma Nnaemeka expertly articulates and challenges the location of theory, and its consequent application in feminist discourse. Simply put,

Nnameka argues that Western feminists’ lived experiences should not dictate the narrative around feminism, and not necessarily inform how feminism should be applied in other parts of the world, namely Africa.

Nnaemeka describes Nego-Feminism as both no-ego feminism, and negotiation feminism:

Nnaemeka explores this notion of feminism in direct contrast to her experiences of how feminism has been practiced in the West. Further still, she offers heavy criticism of the imposition of these “flawed” Western practices, on African communities. In the production of feminist theory, certain locations have dominated the discourse, creating a one way conversation between the developed and underdeveloped and developing worlds. Through colonial and imperialist legacies, an active and passive relationship is maintained, where one location is established as an authority on the conversation, refusing to invite intersectionalities and variations. Nnaemeka argues that feminism practiced in the West is not necessarily and wholly applicable in Africa. Indeed she argues,

What is clear, is that it is insufficient to consider a singular location as the sole informer of theory, and that theory cannot afford to be so rigid. The result of this imbalanced approach, tying in with continued Post-colonial imperialism, is an unhelpful case of development programs attempting to “save” helpless African women from the ills of patriarchy. However, in the process of their sanctimonious rescue missions, “Western feminists have brought to the fore intense debates about the conception of good, social justice, and moral responsibility from which, unfortunately, the humanity of those to be rescued is relegated to the background” (2004: 371). This one way conversation is further exacerbated to increased detriment, as these development programs fail to collaborate with African women, but rather the African women are at best, recognised as “informants”, instead of co-authors or legitimate collaborators.

This unidirectional approach to feminist intervention is at odds with notions of “global feminism” and crudely mimics imperialist behaviours. As Nnaemeka argues, “imperialists and colonialists never learn from the colonized: they teach them. They do not ask questions; they manufacture answers” (Nnaemeka, 2004: 374). Nnaemeka probes at the glaring issues with the failure for theory to be localised, merely that it is forced into the realities of passive subjects.

However, in her piece, Nnaemeka does not stop at the clear power imbalance of theory production and application, but continues to even criticise Western feminism, particularly in its inefficacy of removing egos from the discourse, and its failure to negotiate.

Nnaemeka critiques Western feminism for the fact that it is often “judged more by its sophistication than by the contribution it might make toward social change” (2004: 363), as well as the fact that “it is also caught up in its ambivalence: fighting for inclusion, it installs exclusions; advocating change, it resists change; laying claims to movement, it resists moving” (2004: 363). In contrast to the lopsided contribution to theory from the West, which she finds flawed, Nnaemeka provides examples of successful application of nego-feminism. She argues that feminist engagement in Africa focuses on collaboration, negotiation, and comprise, at odds with Western feminism which seeks to challenge, disrupt, and deconstruct, which is evident for example in Amy Allen’s book on feminist theory, “in which the author states that feminists are interested in “criticizing, challenging, subverting, and ultimately overturning the multiple axes of stratification affecting women” (Allen: 1999, 2)” (2004: 380).

A recent story that came to my attention where nego-feminism seemed to have been effectively and appropriately deployed. A recently married woman in Nigeria due to give birth, was informed that her husband had slept with another woman in London just a few months before their wedding. The woman in London was due to give birth prior to the married woman. Despite the deeply unfortunate circumstances, and the flagrant abuse of trust from the husband, the married woman remained in the marriage, and was receptive to her “step-child”. I do not seek to suggest that triggering a divorce would be a bad option, nor do I promote the idea of allowing husbands to “get off the hook”. However, I can see how the woman needed to deploy nego-feminism to necessary effect in the circumstances.

From both non-egotistical and negotiation perspectives, that the woman was due to have a child, her decision making was not limited to just herself, but also her child. Nigerian society and the law disfavours divorced women, and a family unit counts as strong social currency, thus from the outset the child would seem to have a better life with married parents. The woman here has to brush aside ego, and also negotiate within her environment. Within a heavily patriarchal society, what comes next is how she negotiates within her private sphere so as to protect herself from the husband’s misbehaviour and to yield the best possible outcomes from the marriage. Referring to Nnameka’s analysis, having bypassed one patriarchal landmine, the next step for the married woman will be to determine, when to detonate the next patriarchal landmine. With the example I provided, I do not seek to advocate infidelity, nor suggest that victims of infidelity should withstand it, but rather demonstrate alternative deployments of feminism, that are perhaps overlooked by articulations of Western feminism.

However, it could easily be argued that the approach of negotiation panders to male hegemony and fails to dismantle a heavily patriarchal society. It would be interesting to gauge Nnaemeka’s position on how feminism in such environments can successfully overturn male dominance and achieve gender equality.

The success of Nnaemeka’s piece however lies in its ability to provoke us to re-evaluate who and where is controlling the narrative around feminism.

By looking at how feminism is practiced within Africa, Nnaemeka challenges the location and production of theory.

“In other words, theory making should not permanently be a unidirectional enterprise— always emanating from a specific location and applicable to every location—in effect allowing a localized construct to impose a universal validity and application. I argue instead for the possibilities, desirability, and pertinence of a space clearing that allows a multiplicity of different but related frameworks from different locations to touch, intersect, and feed off of each other in a way that accommodates different realities and histories” (2004: 362 – 363).

It is when we allow lived experience to give birth to theory that we can develop more robust guides to negotiating within our environments.

The strength of feminism lies in its accomodation of its intersections and multiple lived experiences; not from the dominating monologue of one voice.