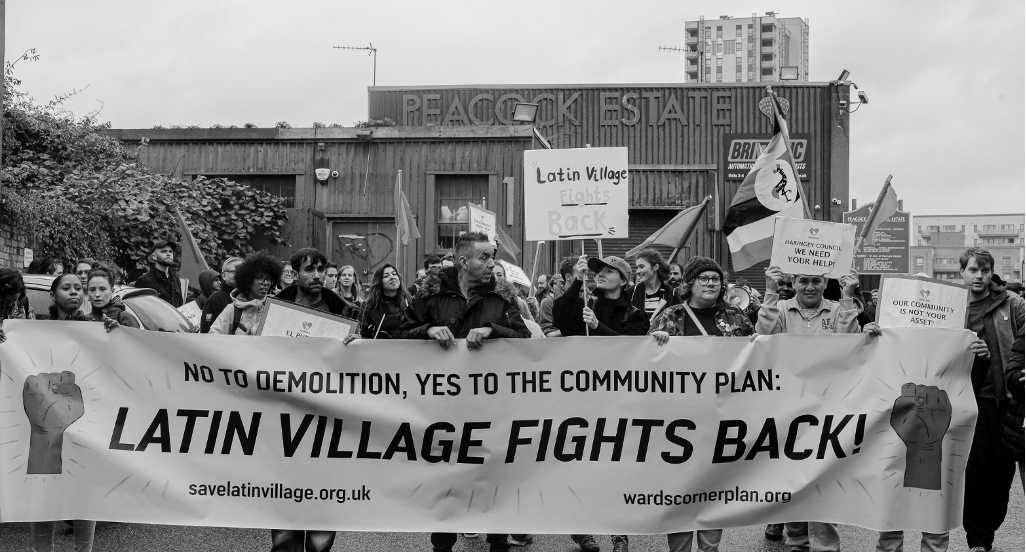 “Our place is your place”: Reflections on Seven Sisters’ indoor market

a photoessay by Mario Washington-Ihieme

A space filled with sentiment and potent memories has closed its doors for possibly the last time as plans to redevelop Wards Corner become a reality. The community traders and beneficiaries of Seven Sisters’ Indoor market – all from minority ethnic backgrounds – have surmounted obstacles unfamiliar to most urban cities, where redevelopment projects in local areas have resultantly found working class groups priced out and displaced from the very grounds where their roots had been anchored. In the last few years leading up to this point, I found refuge in this place as a fellow Londoner and could not help but reminisce over the moments that led up to where we are today.

Hidden behind the facade outside Seven Sisters station lies an indoor market which for the last three decades has housed North London’s South American, African and Caribbean communities. Emerging from what was once an old Edwardian department store in the 70s, Seven Sisters market (also known publicly as the Latin Village due to the majority of traders hailing from Latin America), has been a mutual hub for London’s minority ethnic community. 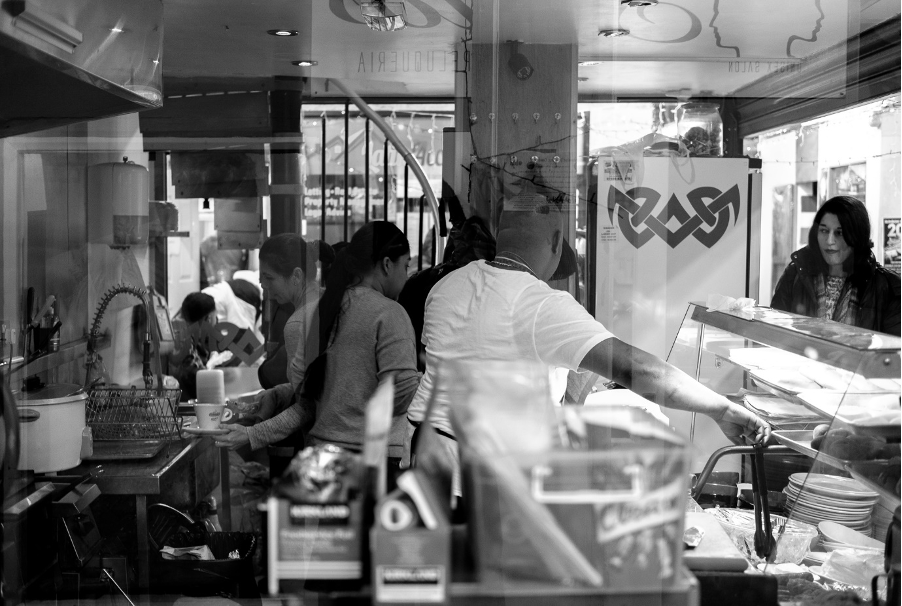 As of 2020, the market housed 60 independent businesses, employing roughly 150 people from a plethora of countries: Colombia, Guyana, Peru, the Dominican Republic, Venezuela, Ghana, Jamaica and Iran amongst others. Businesses ranging from hair and nail salons, estate agents, music stores and supermarkets, the traders have made this place their own and have cultivated what sociologist Ray Oldenburg calls a “Third Place”, a home away from your actual home (the first place) and where you work (the second place). 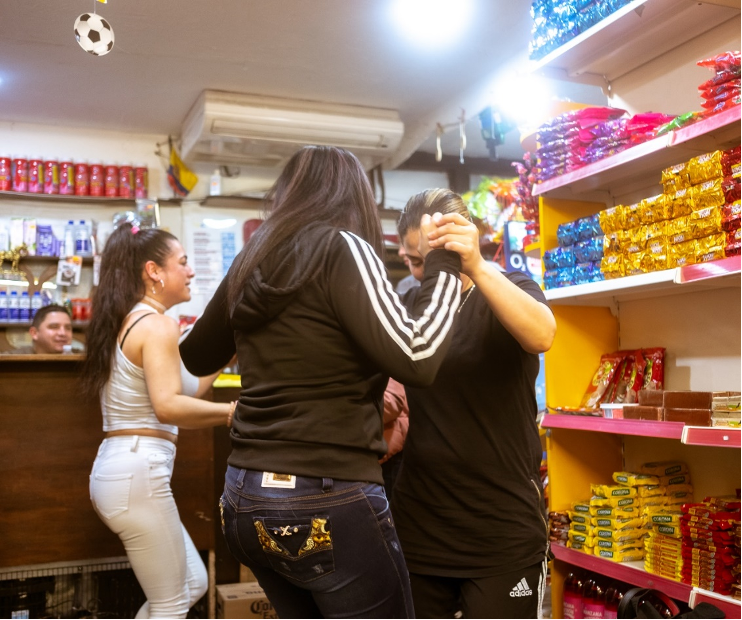 For non-Latinx Londoners, the market was, without a doubt. a deep dive into a community and a culture bursting with exuberance. Upon arrival you’d find yourself inhaling plates of Bandeja Paisa, getting nail re-touch ups and snacking on an empanada or five, whilst at the same time engaging in informal intercambio Spanish-English language exchanges with café con leches and cervezas gifted in return. Moreover, its multifaceted function as a convenience store, daytime coffee shop and night time entertainment spot made it a place where locals and traders could relax after a long day of work. The famous salsa sounds of Oscar De Leon or Joe Arroyo would blare through the speakers, or on rare occasions there would be guest appearances from local Latin musicians who would play for their audience, emulating an atmosphere authentic enough to allow your mind to escape London – at least until closing time.

Whilst eating, conversation and relationship-building are examples of activities that occurred here, the market also lends itself to the role of a mutual aid hub, where members of the community would go to others for informal support and advice on matters that may be inaccessible to obtain from the outside. Additionally, the market also doubles up as a space for 2nd and 3rd generation Latinxs in London to reconnect with their familial roots, an aspect all too relatable to the general diaspora experience in the UK. A space for younger generations to freely be themselves, years prior to today saw young people collating here and embarking on cultural activities inside and outside the confines of the market.

“We don’t hang out anymore, I haven’t seen most of them since January and some of them I only see after church,” Dolores tells me. She reminisces over the times where, after school and on the weekends, the parents of traders and regulars of the building would bring their children to the Latin Villageas an alternative to childcare. She recalls a time one of the community organisers took a group of young people from London’s Latinx community to Oxford University as part of an outreach programme and they, along with a few others from the market, were invited to participate. In aiding to uplift their talents and signal them to the endless possibilities that life may have for them, the old saying “it takes a village to raise a child” rang true.

This village, however, is on the brink of displacement. Since 2006, the community traders and locals in the surrounding areas have been battling with the local council and developers in an attempt to stop the demolition of the market in replacement of market rent flats and new retail space. As what is currently the case across the river in Elephant and Castle, South London, the livelihoods of London’s BAME communities – the majority of which are of Latinx backgrounds in these cases – have become severely disrupted, whilst plans to regenerate areas of London press ahead.

The fight has seen traders, architects, lawyers, local residents and subsequent allies play their part to enhance the awareness of the community’s struggle over the years. An alternative community plan was unveiled in 2019, making a case for a different development that benefits the community, against what was proposed by developers. The right to exercise community consultation and legal appeals against a Compulsory Purchase Order (permission from the council for developers to demolish the market) have also been tried and tested.

In the last year, the protests have been endless with members from the young Latinx community raising their voices to new lengths . “¡Si se puede!” (Translation: “Yes, it can be done!”) a phrase stemmed from the struggle of the working class Latinx Community in the US in the 1970s, has been the chant of hope fused with wrath and perseverance for the community here in London. 40 years after it was coined, we hear the phrase again representing the story of struggle, hope and perseverance.

Voices were heard and support from the masses ensued, ranging from local political leaders to the United Nations, but the struggle continued. COVID-19 sped up the closure of the market back in March, as indoor markets across the city were forced to close during the lockdown. Despite most UK indoor markets being back up and running, the Seven Sisters’ market shows no sign of reopening in the near future after it was announced earlier this month that plans to resurrect what was left of the interior have been abandoned. Its deteriorating state – a legacy left by external market managers Quarterbridge over the years – has rendered the market unfit for purpose and a safety hazard to work in. 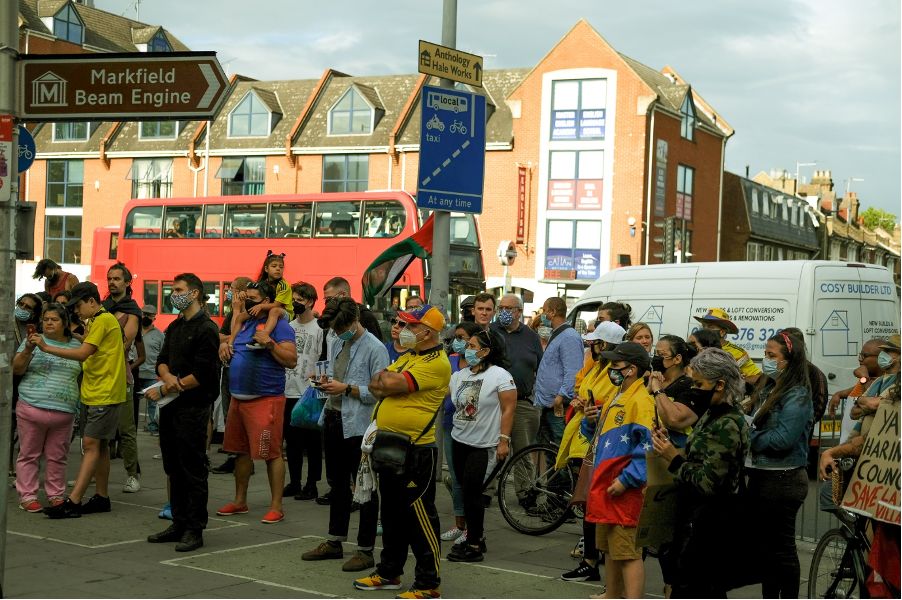 Whilst temporary space has been provided for traders with promises of three month rent-free space during the redevelopment phase, what was once a cultural, economic and social hub at the heart of the community has been subject to urban redevelopment – supposedly for the ‘betterment’ of the affected neighbourhood. However this comes at an opportunity cost in the short term. Economic livelihoods are in jeopardy, and the physical mutual aid hub has been dissolved. The essence of this third place, what it stood for, and most importantly the cultural connection it had for BAME residents and visitors from across London, is a vibe that is slowly disintegrating, making way for the unknown that is yet to materialise.