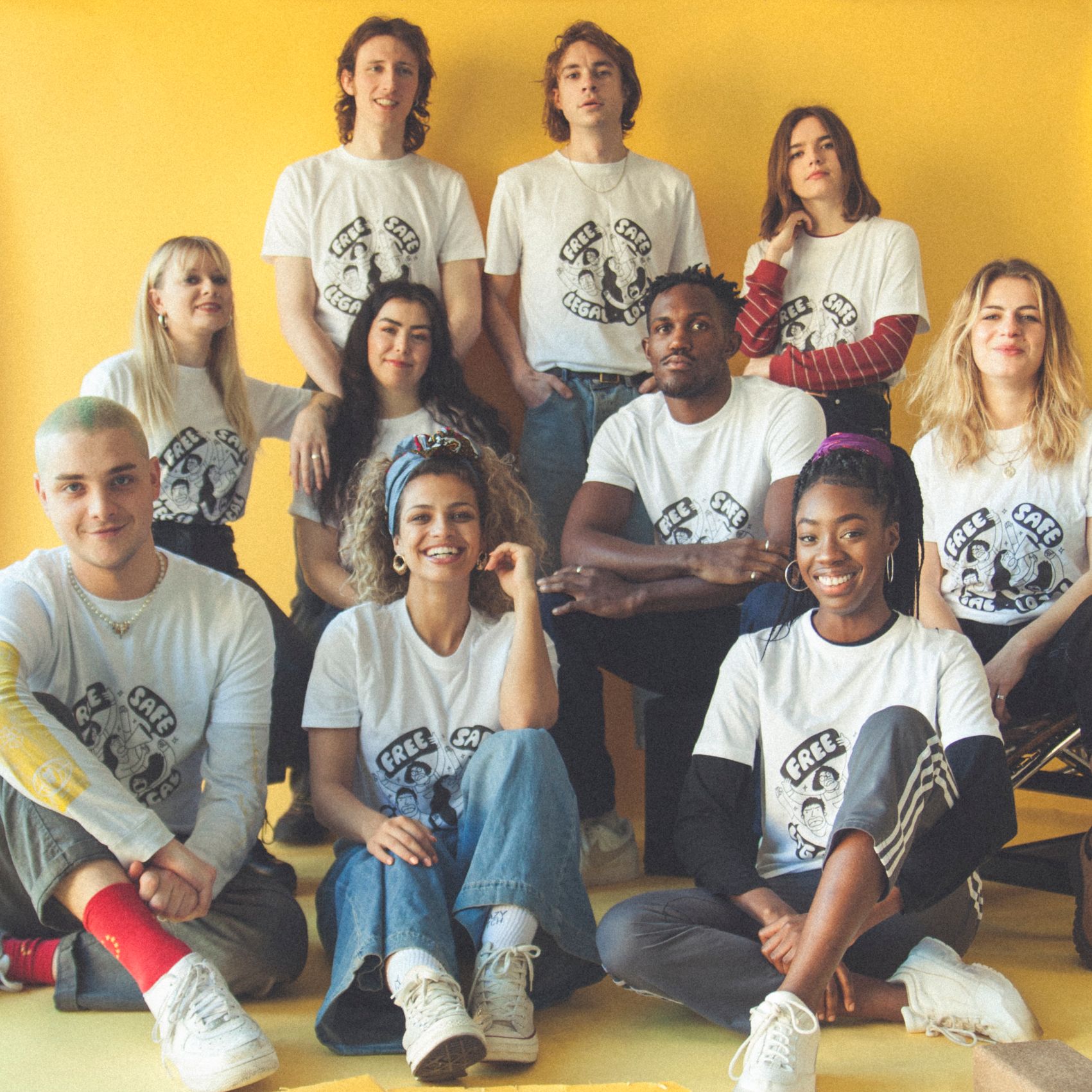 In October 2019, there was a landmark ruling in Northern Ireland: after a lengthy battle, abortion was decriminalised. However, there is still a way to go, both in the country and further afield, before the fight is over.

Free, Safe, Legal, Local: this is the byline of Alliance for Choice, a grassroots feminist organisation in Northern Ireland which campaigns for the rights of pregnant people to choice; free from stigma or danger.

shado talked to experts working in the sector to find out what the biggest challenges are in the movement and what lies ahead for pro-choice movements in 2020.

One of the main things that continues to come up within the pro-choice movement is the need for continued pressure, both at society level and at government, to ensure free, safe, legal and local access for all pregnant people.

Speaking within the specific context of Northern Ireland, Emma Campbell of Alliance for Choice had this to say:

“Post decriminalisation, we still exist in a culture where the public conversation is dominated by a minority anti-choice backlash. The local media have been publishing anti-choice articles daily, both radio and television misguidedly ‘balance’ their coverage by continuing to invite the most fundamentalist views on air. The media pit Alliance for Choice against dogmatic and extremist positions, creating an environment of hostility, consequently pro-choice healthcare professionals and civic society leaders are afraid to speak publicly about supporting the changes for access to abortion. Our cultural projects are a vital part of creating community and belonging, allowing activists and potential activists to understand the issues at a hearts and minds level, as well as legal and legislative levels.”

A problem of complacency, though not specific to the pro-abortion case, exists within movements and public consciousness: the idea that, once a bill is passed and laws are changed, the fight is won. However, this is rarely the case. The question of abortion rights (or lack thereof) for people in Northern Ireland is rooted in more than parliamentary decision-making.

“We cannot ignore that we are still struggling to emerge from decades of sectarian conflict fuelled by colonialism and deep poverty,” explains Campbell. “Those issues haven’t gone away and the restrictive laws we had here until October 2019 were directly attributable to the same colonialism that drove our other social problems.”

More specifically to the day-to-day operations of Alliance for Choice, Campbell noted that there were still high numbers of people contacting the organisation to find out more about the black market abortion pills which are available online. The stigmas around seeking an abortion still exist within NI society, and feed into this culture of secrecy.

So, although the law has been changed, it is important to understand the need that still exists in supporting groups within Northern Ireland without access to free, safe, local and legal abortions.

Wallis Grant of London-Irish Abortion Rights Campaign explains the core focus as being:

“To improve access and tackling stigma towards abortion in Ireland and Northern Ireland. Marginalised groups, including those in rural areas, those from the traveller communities and refugees/people seeking asylum, are particularly at risk of not being able to access abortion. Furthermore, Abortion Support Network last year reported that some womxn were still having to travel to Britain for abortions due to issues with the mandatory waiting times or being given incorrect or confusing information. In addition, we will be campaigning for legislation to establish buffer zones to ensure that those who seek abortion are able to do so without fear of facing protesters as they seek abortion services.”

A similar need for continued pressure must also be viewed in the context of other pro-choice movements and for the rights of womxn globally, with specific acknoweldgement of the rise of conservative, right wing movements around the world. Grant discusses precisely this point:

“As we see the rise of populism and right wing, we also see a regression in policies that protect the right to bodily autonomy for womxn, including in countries such as Macedonia, Slovakia and Italy. It is important that we stand in solidarity with these countries not only in voice but in resources, which includes donating money to organisations who are fighting against these regressive policies. There are many out there but two I admire are Abortion Support Network and Women on Web.”

In terms of messaging, we wanted to find out more about Alliance for Choice’s slogan: Free, Safe, Legal and Local. We wanted to know what this meant in practical terms within pro-choice movements and for the rights of womxn on thre ground. Emma Campbell explains;

“Free is because we know that fees for any medical services means those who are most marginalised will be less able to access the services quickly or without having to reach out to others they might not otherwise wish to get involved.

Abortion is an incredibly time-sensitive medical issue and delaying treatment due to financial pressure is in no-one’s interest.

Safe is about a few things; safety to access the services in the first place – so no running the gamut of abusive protestors on your way into the clinic! Safety is about scientifically accurate and non-directive counselling services as we know of many who mislead and frighten womxn in order to try and prevent them accessing abortion.

Legal is because criminality – even rarely used but latent criminal sanctions such as the 1861 Act in England and Wales, means vulnerable people end up criminalised instead of accessing the health services they need more easily. It is still illegal to access abortion pills online in England and Wales, but instead of trying to punish the people that do, we should be asking why they aren’t getting the healthcare they need and deserve from the NHS.

Local is about ensuring ease of access, knowing that gaps in provision for example from doctors unwilling to provide services can lead to delays in treatment and further barriers to timely care. Local is also about acknowledging that travel is a barrier, both physically and also the extra financial pressure, the childcare and time off work required, or the compounded barriers for disabled women”

In response to the need for continued pressure, shado decided to collaborate with Alliance for Choice to create a campaign to raise public awareness and encourage individual action. The topic of abortion is firmly situated within the public sphere (ironically, mainly due to anti-choice voices shouting the loudest) – so it was important to make this a public campaign, which fostered on-the-ground action and allyship. Considering that 1 in 3 people will have at least one abortion in their lifetime, it was important for us to create a campaign where people across genders and contexts could come together to acknowledge that abortion is a frequent and exists as part of everyday life.

Our stance is this: abortion is healthcare. It needs to be free and safe; inclusive and intersectional – and we need to give people autonomy over their bodies and decisions.

Therefore, in collaboration with artist Natalie Byrne and individuals across the UK and Ireland, shado has created a unique T-shirt campaign so people know that changing the law isn’t enough. shado is standing in solidarity with Alliance For Choice and pro-choice movements across the world, to publicly and proudly play a role in supporting the right to choose.

Support the campaign and by a T-shirt here

Find out about Alliance for Choice here