in conversation with Natalie Byrne

Unashamedly honest and delightfully unapologetic, Natalie’s distinct brand of artivism uses humour and pastel-hued illustrations to comment on the experiences of womxn across the globe. After following her work for a while, we were thrilled to finally meet Natalie at the launch of our second Global Womxnhood issue in collaboration with anti-FGM charity The Vavengers this summer. Firmly situated in the cartoon activist canon, Natalie is a force for change – be it her book, Period, or her more recent advocacy work on behalf of Chileans at home and in the diaspora, she is a powerful example of a woman using the power of social media, illustration and publishing to create ripples of change.

What does change look like in your industry and what changes need to be made?

The first thing that I feel still needs to change is the prevalence of events that have a whole white, male line-up. I also think among creative industries and agencies there needs to be more questioning around why more women aren’t in those spaces and the potential to rejig business structures to include flexible hours. My old company had started to do this and it was really exciting to see.

Being self-employed is really scary. I’d like to generally see more protection of freelancers… a lot of people still want everyone to work for free and it’s ridiculous.

There are also bigger walls and barriers; especially for people like me, or for people from minority groups, where it’s harder to get your foot in the door. What I love that about the internet, and in my case – is that it has really democratised information and anyone can create an audience. It’s less about who you know, now.

I really like the changes I’ve seen in the last three years – even just with Free Periods – these movements calling for change which are then implemented. That’s becoming really exciting.

I think the main thing I keep repeating is the importance of information – it’s becoming more accessible because people are sharing it.

This era of Trump that we are currently burdened with – I think it has made people wake up. It has made a lot of people who thought we had “solved” racism really realise that we hadn’t. It’s shitty that it had to take Trump to create that earthquake, but I think things always have to get worse before they get better.

I’ve seen so much shifts in the last three years and I’ve met so many people now who are reading and are caring and educating themselves. I think it’s really exciting to see how things are changing. I’m seeing such a huge shift in people’s perspectives – and changing people’s minds; that’s the hardest thing, isn’t it?

What change do you see yourself contributing to?

It’s interesting. When I was studying graphic design at uni, I thought so much about being “successful” and thinking about how I could make a lot of money – and I was really asking the wrong questions.

As soon as I let go; had fun, let my own core drive what topics I wanted to talk about, that I really started to succeed in what I wanted to do.

For me, Instagram is like a diary. Politics comes into it, but it’s really me being authentic. I talk about things that I’ve been speaking about since I was eight years old – and as soon as I let go of asking very strategic and business-minded questions, that was when I found my style. That’s when everything started to fall into place.

There are definitely more books I want to write. I’m currently working on my second book, and there are other, huge projects that I want to do, too. But, what I’ve noticed is, I’m just filling my gap a lot. I think a lot of the stuff I do is a result of letting my own vulnerability lead me: because I’m a woman; because of the experiences I’ve had; because of being Latina… all of these things make me inherently very activist. So, I’m letting that lead my actions.

I don’t really put pressure on myself. I always remember that Period – and all of the things that have ended up doing really well – have just been me, sharing what I would write in my diary. There were actual pages in Period which are things that I’ve written in my diary! So, it’s important to reflect and remember the power of that; of being a woman and and of sharing my thoughts and feelings.

What is the importance of grassroots activism in implicating wider change?

I think that every time society, or the law, or anything has progressed, it’s always come from a grassroots movement. Take Martin Luther King – he was an ordinary pastor in the community.

Change isn’t going to come from someone who’s comfortable.

Right now in Chile, there have been lots of protests – mass protests in the streets. Historically, politicians would try and get everyone on their side to vote them in, promising fairer wages and working on behalf of the people – but, as soon as they get into politics (because a politician’s wage is 33 times the minimum wage in Chile) they then start going back on all the things they’ve said. So change is always going to come from people who aren’t in government, and this has always been the case.

Going back to you, what are some of your biggest successes in 2019?

I guess for me, it’s been more about the success I feel I’ve achieved in finding a community.

Two weeks before the deadline came for Period, my long-term relationship ended and then two weeks after my book launched a friend from school killed himself. So, the end of last year was so emotional and so strange. I think when you end a long-term relationship. there are so many people who you go their separate ways, and I felt really lonely as an artist.

Living with my parents at the time, it was almost like I had to start afresh. I didn’t have the comfort of going into a workplace where I got to see a group of people, and I’ve learned this year that you can still have that, but you have to make the effort. You can find other pockets of community.

I’ve made a really good friend Venus, who is another illustrator. We launched a podcast together called The Loneliness Collaboration, because we both felt really lonely and both connected with that.

I think this year has been about learning that I need to live my life – and that when I do that, my work is much better. At the beginning of my career, I was full-time working, doing illustration on the side, working in retail on the weekends – there were a good few years where I was really hustling. Now, I almost have to undo those things – for example, working on the weekends. I want to be an example of someone who has more fun, and I think that’s been a success for me.

I’ve also found an amazing creative community this year where we are all so there for each other. It’s just so nice. I’ve always been the creative one in my friendship group, and I’ve had this thing which is mine and I’ve been really lonely in it. So, to be able to have those experiences where none of us have an ego in the room and we’re all each other’s fans – finding this pure friendship and creative community we’ve cultivated feels like such a success. Either I’ve gravitated towards them or they’ve gravitated towards me, and I believe that I can set that example to future creative people. You are stronger together in every sense of the word.

I’m working on my second book which will be out next year. I’m also part of a huge campaign with a big international beauty brand.

I love that I know everything I’ve made – which I may have had to work a little bit harder for – but it’s mine, and no one can take that away from me. That is something I wish someone had told me, because I always used to be so envious of people who had so much. However, I don’t think I’ve never expected anyone to give me anything, so I know what I want to do and I know the projects I want to make. I have so many ideas, but I know that everything I want to do, I can do on my own.

Interview carried out by Hannah Robathan and Isabella Pearce, co-founders of shado 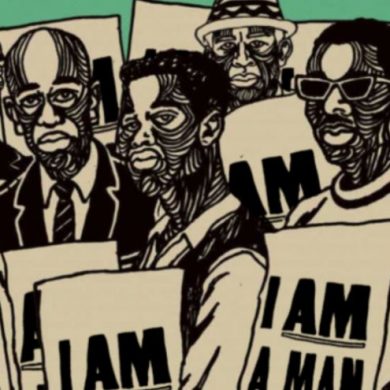