“The understanding the UK has of Latin Music is very Ricky Martin, very ‘Livin la vida loca’. When people think of our music they imagine this 90’s stuff which was great for that time but now we’re past that and we’re ready to evolve”.

These are the words of JSCA, a Colombian singer-songwriter who is making waves through mixing R&B and the sounds of Latin Folk music. 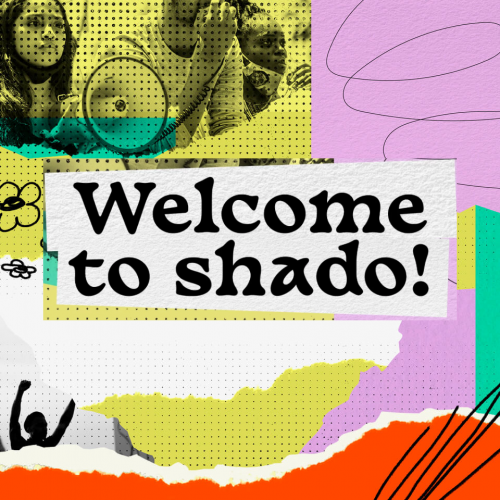 See. Hear. Act. Do.
We are a lived-experience led community of artists, activists and journalists united in the fight for social justice.
At the core of our work is a belief that all issues are interconnected – if you’re new here, why not explore some of the amazing work being done around the world to create change?
What to read:
Body Dialogues

We catch up on one of London’s rare sunny days, JSCA lounging in the park, me, annoyed I decided to do the interview indoors, to discuss how she came to reclaim her Colombian heritage and the thriving creative community of Latin Americans in London.

For JSCA, connecting to her Colombian heritage wasn’t easy at first. Despite living in Colombia for a while when she was younger and then going to a Colombian nursery in London, like many belonging to a diaspora, she grew up feeling alienated from her Latin American roots.

“When I was younger I refused to speak Spanish; I would be like, ‘I’m English, not Colombian’. And my family would make fun of me for it.” She explains that this even went as far as not really listening to Latin music, but by 14, she found that the music she was listening to was leaving her with a sense of longing.

“I started growing really bored with the same R&B and pop that I was listening to. For me, music is all about feeling. If it doesn’t inspire me, I don’t want to listen to it, ” This all changed however, when JSCA went back to Colombia when she was 16. “I was like, this is the music that really fills me. The moment I hear it, my energy is up, my serotonin is up and I’m ready for the world.” 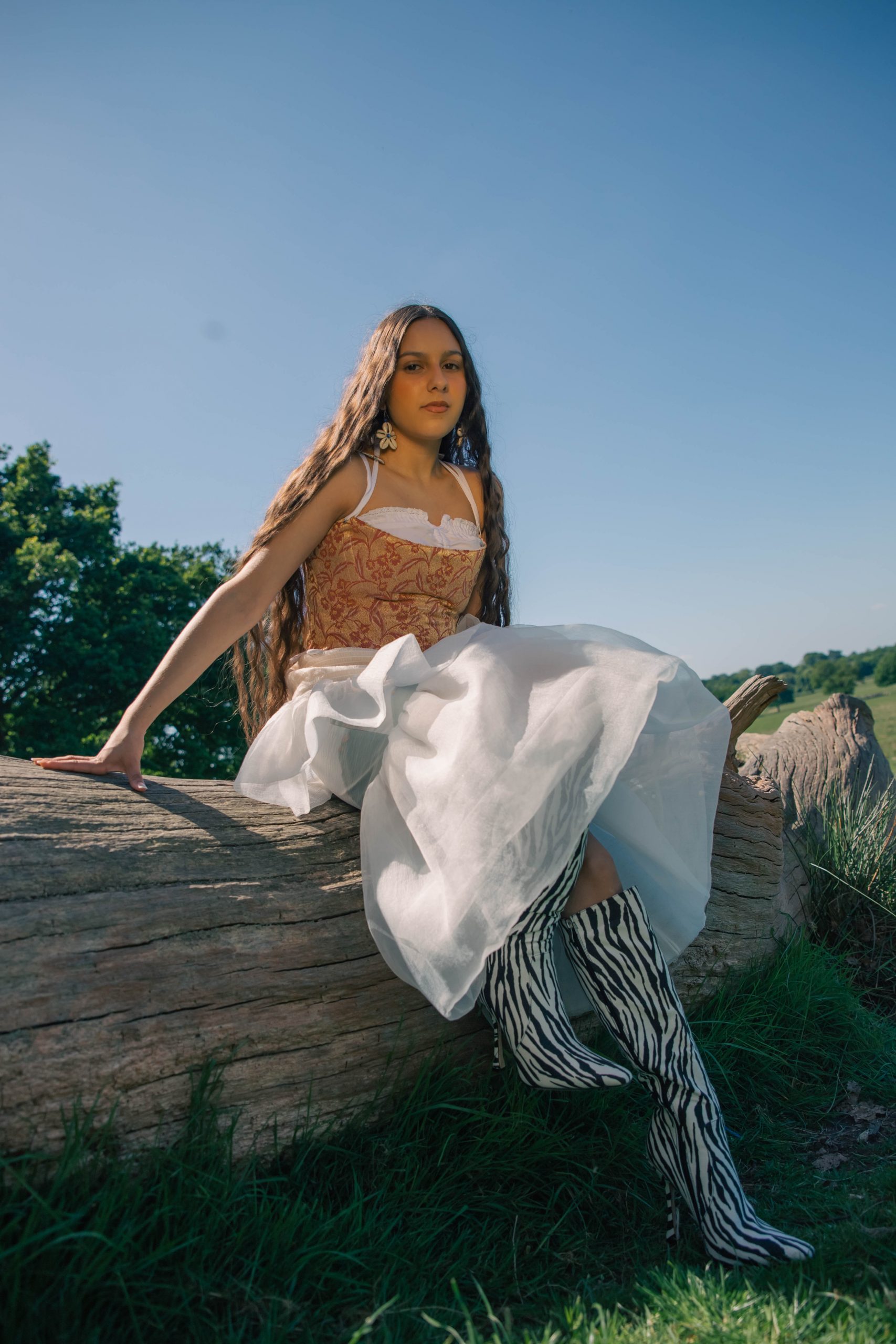 After immersing herself in many different Latin genres, JSCA knew that she wanted to incorporate her new found passion with the R&B and pop from her youth. The motivation was clear: “I wanted to make something that blended this together as otherwise I was never going to have music that I was 100% happy listening to.”

Aided by the education she received at Brit school, JSCA bypassed university and started working towards a massive EP launch in 2020. The pandemic then hit, but JSCA took it in her stride, stating that: “doing everything DIY was actually a good thing. I did everything myself , from the videos to the production to the promotion and logistics. This process allowed my vision as an artist to become really clear.”

I’m awed by JSCA’s self-reliance. When I ask her if this means she shys away from collaborations she replies simply: “If you want something done right you have to do it yourself”.

However, it’s not just JSCA’s proficiency that has encouraged this attitude, but also the reality that it can be hard to collaborate when you’re trying to play with genres that aren’t really in the mainstream yet.

“No one really understands the sounds I’m trying to go for,” she explains. “I’ve found that I always need to make a blueprint for producers which they can then sub in higher quality sounds and polish it up. I can’t quite get people to understand what I’m doing unless I bring an example in.”

Despite the challenges, JSCA hasn’t given up on the idea of collaboration completely. When I ask her about idols she’d love to work with she says: “I guess like the big celebrities, there’s people like Kali Uchis and Lido Pimienta, she’s Colombian and her music is crazy. And then sonically I love FKA Twigs. There’s also some smaller artists like La Doña, she does Latin music like Reggaeton and Cumbia, and then there’s a lot of Latin musicians in the UK in my circles who are doing really cool stuff.”

We start discussing this relatively new rise of Latin creatives in London. “In the UK, especially in London, the Latin communities are quite young. We really only have two generations here, not like in America where there’s multiple decades. But here, the Latin people mostly came in the 80s and the 90s. They came here to survive. They weren’t here to prosper, they were here to make a living and better the lives of themselves and their families”, she explains. “So as the children of this generation, we’re now grown up and looking to prosper; we’re looking to revive our culture and find ourselves”.

However, the aim to revive Latin culture in the UK also presents its own set of obstacles. Namely, in London we have a very limited mainstream exposure tof Latin music, with Reggaeton being the main Latin export played at clubs. This means that a lot of Latin artists have been stereotyped, which has an adverse affect on their careers. “If someone from the UK hears some kind of Latin guitar or piano, the listener immediately gets an image in their head,” says JSCA. “It means that a track might not get playlisted somewhere for being too Latin.”

Another problem, JSCA explains, is the homogenisation of ‘Latin music’. She continues exasperatedly: “Latin is not a genre. There’s a million different genres within it. So I feel like the UK scene would really benefit from opening up their ears a bit. These “Latin” musicians are just trying to merge their cultures with London sounds. It is marketable and there is an audience for it, people just need to be much more open to integrating them into mainstream music. That way people get used to new sounds, they like it, and it grows from there.”

Despite these barriers, the scene is really growing. From the people making a name for themselves in the Urban Latin scene, rapping in both Spanish and English, to the people bringing authentic Latin sounds by exploring Latin folk music. “It’s great because everyone across these scenes intermingles,” explains JSCA. “Everyone shares ideas, there’s always this toxicity which comes with the music scene, but all in all, everyone is so ready to say your name in an important room”.

JSCA continues to say that it’s this intersection which is at the heart of the Latin creative scene, this willingness to propel each other forward and prioritise supporting other Latin creatives. She laughs: “There’s a plethora of people doing creative things, anything you want, I can guarantee I can find you someone Latin who can do it.”

For her upcoming project JSCA has decided to focus on a topic which is close to the hearts and experiences of all belonging to the Latin community in London: immigration. “I’ve always been surrounded by it,” she explains. “But it really came to the forefront of my life when I met my partner in Colombia and had to bring him here”.

Describing the process she says: “It was just a nightmare. The way that we were treated by the Home Office was horrible, it was a terrible experience. During the process you are put under a microscope and treated like specimens in need of dissecting. You have to show your personal text messages to each other, your photos together and provide evidence that you love each other. Despite all of this, our case was rejected and we had to appeal it in court – the whole thing was so dehumanising.”

Unfortunately, the negative experience didn’t stop there. JSCA explains: “My partner then started work but it was horrendous because I had to watch him get treated like crap. To see that was heartbreaking, that’s what propelled me to be like, I need to tell this story in more depth.”

So she started writing Tregua, a track which focuses on how hard the immigrants in this country work, drawing from her parents’ and partner’s experience as well as her own as a Deliveroo driver.

Embedded in the track are percussion beats using traditional Cumbian instruments, which alongside stunning visuals of JSCA on the back of a Deliveroo bike, dressed in a black version of Colombian traditional dress, strongly reference her roots and the fact that they’re “not quite seen and respected”. She goes on to explain that the song was designed to be impactful, to tell “the underdog story – the rebellion story, to be the fire that keeps us going.”

This story makes up episode three in JSCA’s five track EP which will be released over the coming months. Exploring the cycle of immigration, the first track focuses on leaving your country behind which was inspired by her own difficult experience of moving out of her parents’ home in the UK.

She describes the feelings in the song as being “melancholic and nostalgic, but also full of excitement and nervous anticipation for the future.” The second song moves forward to discuss arriving in the UK. “It’s getting your feet on the ground and realising it’s not as amazing as you were told.”

She continues: “Back home in Colombia, if you say you’re from the UK people imagine the most majestic things and think your life must be amazing. But the reality is that all the Latin people here are just constantly saving to go back home.”

Her last two songs focus on more of the uphill part of the journey. “It’s kind of about where I am at the moment,” she explains. “I’ve got family here, roots here and the big struggle of establishing myself here is over with. The final song aims to bring everything full circle. It’s a thank you song, recognising the sacrifice my parents made, me going through the same journey but hopefully with an advantage because of what my parents did”.

From this project alone it’s easy to see that Latin music in the UK is moving far beyond the Ricky Martin effect. And with JSCA and other incredible musicians leading the charge by authentically telling their own stories, there’s no limit to this movement. 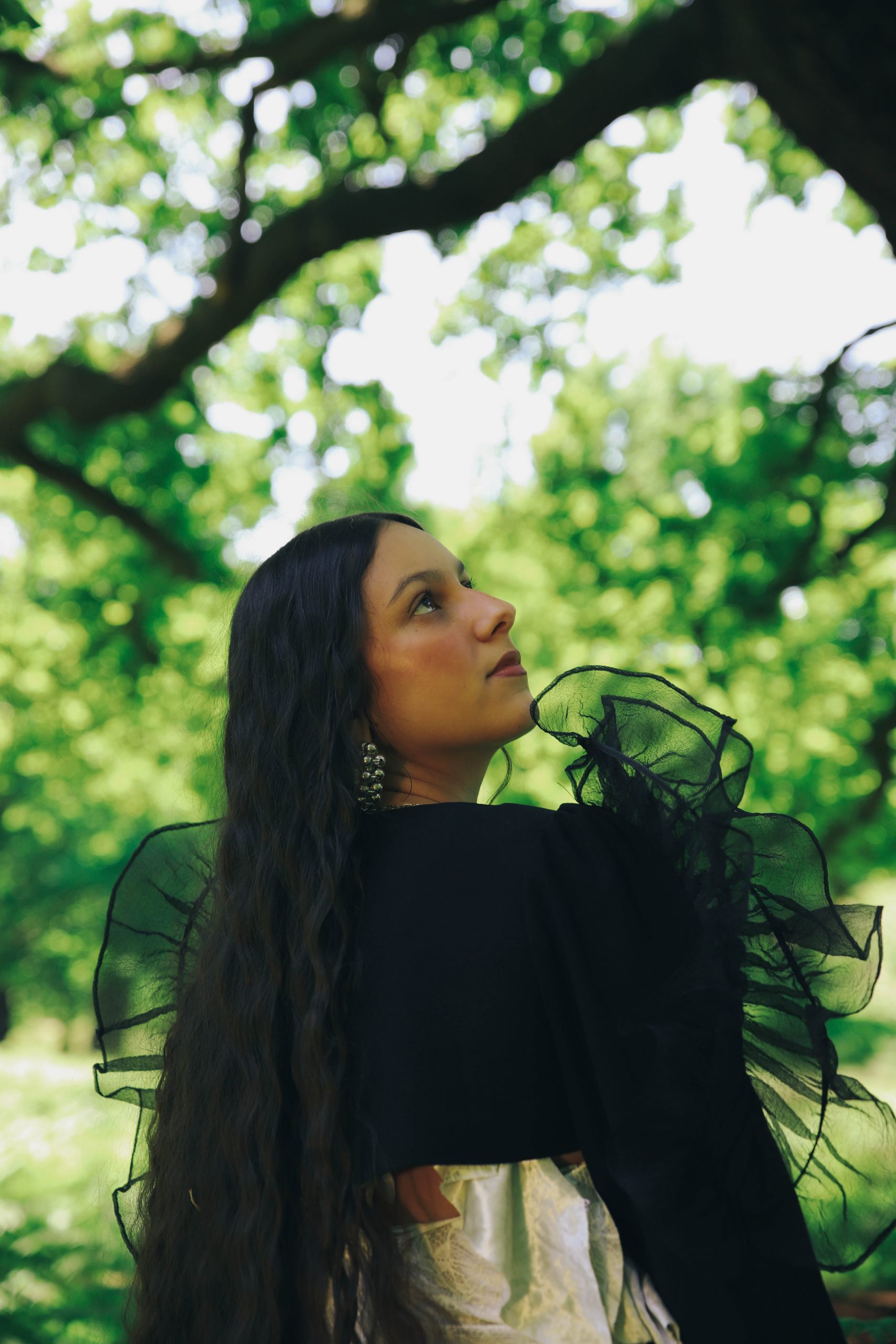 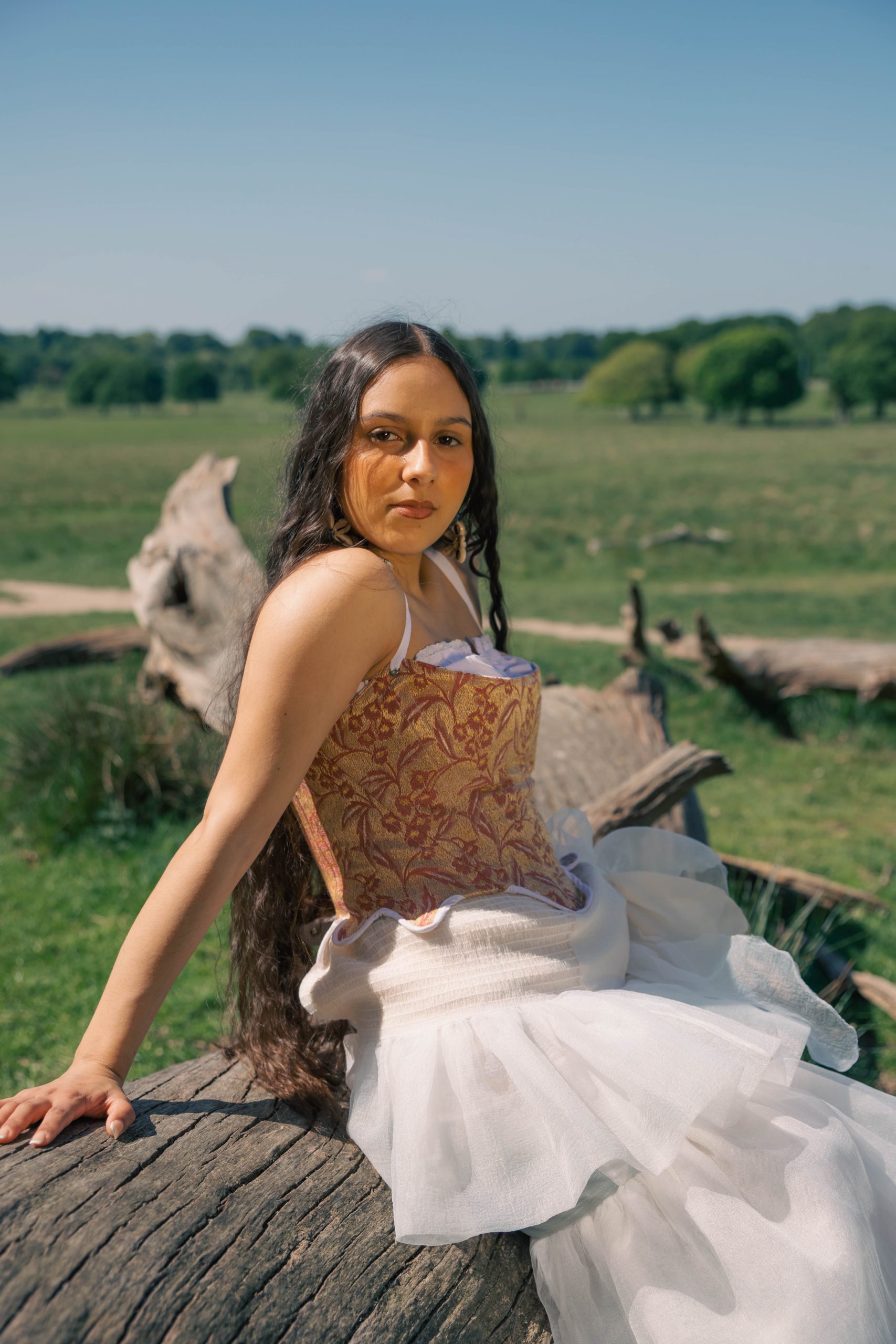 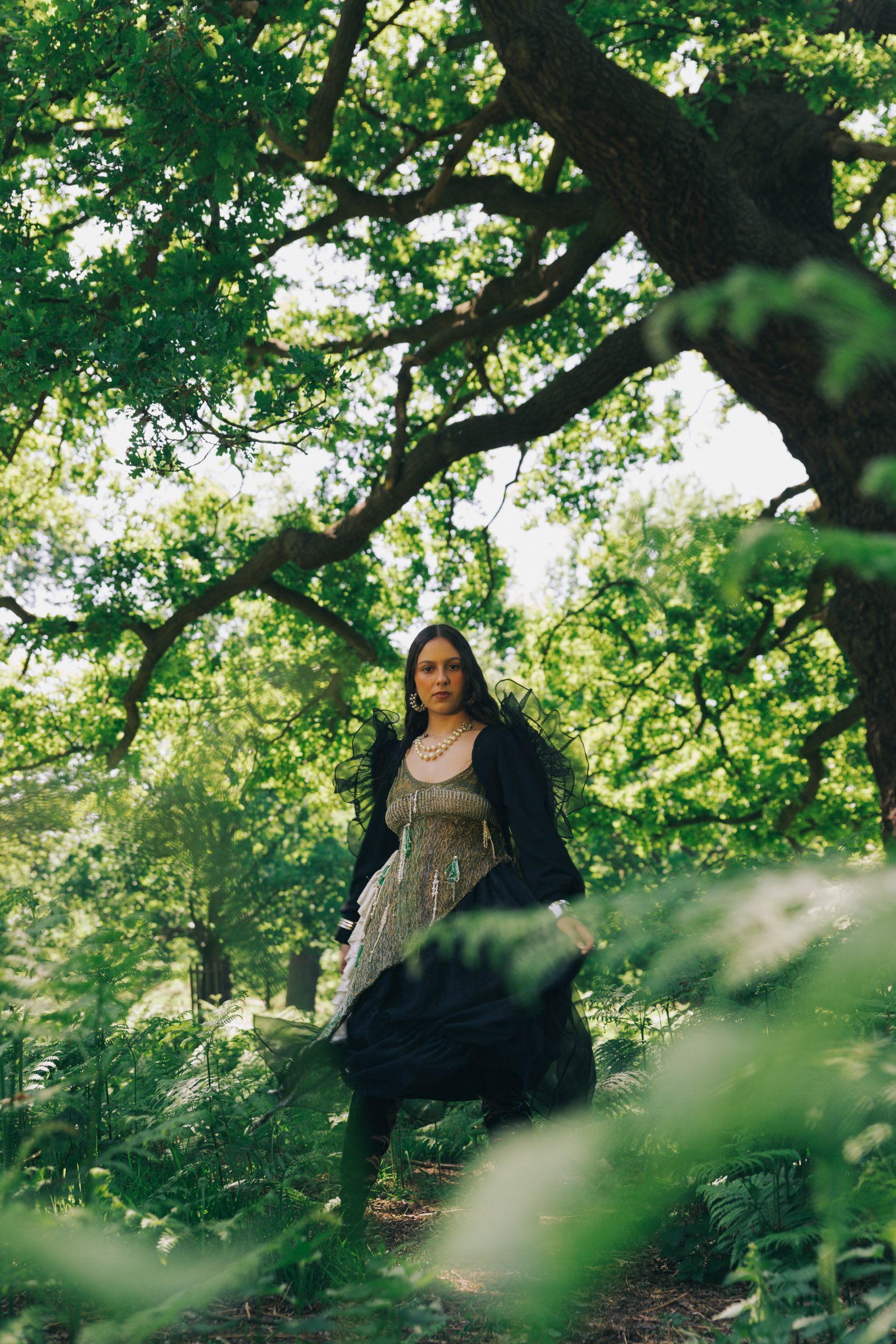 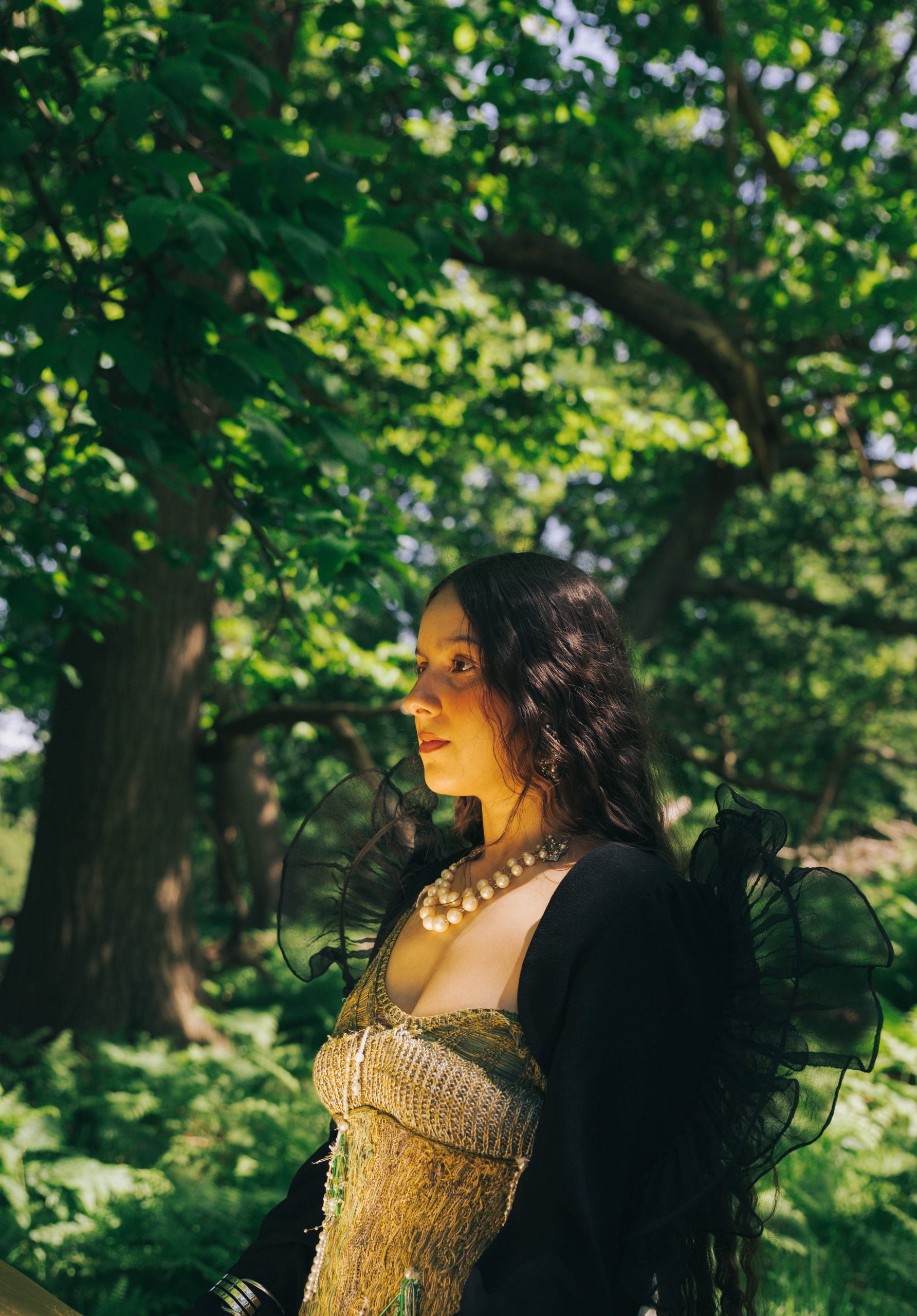 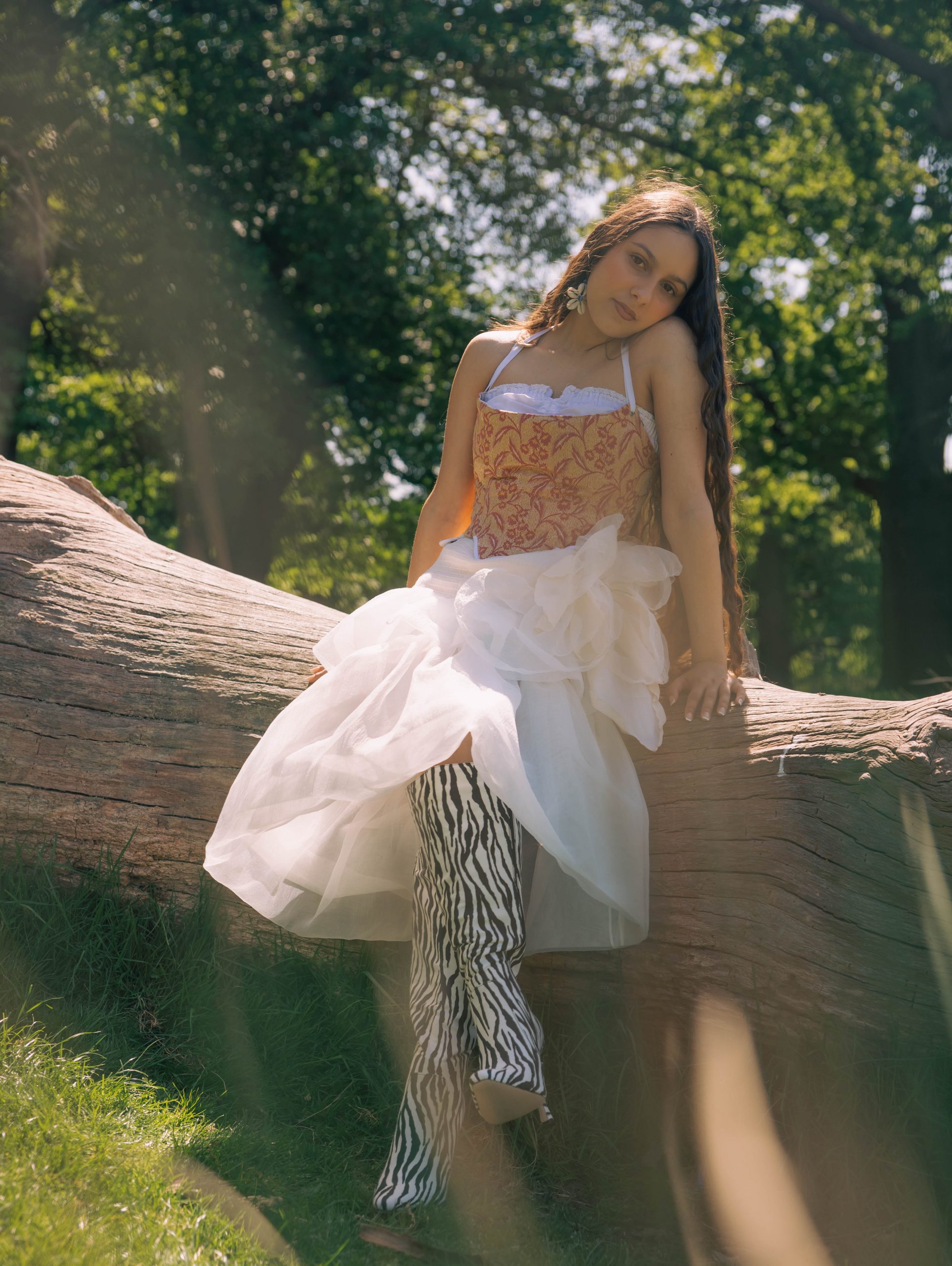