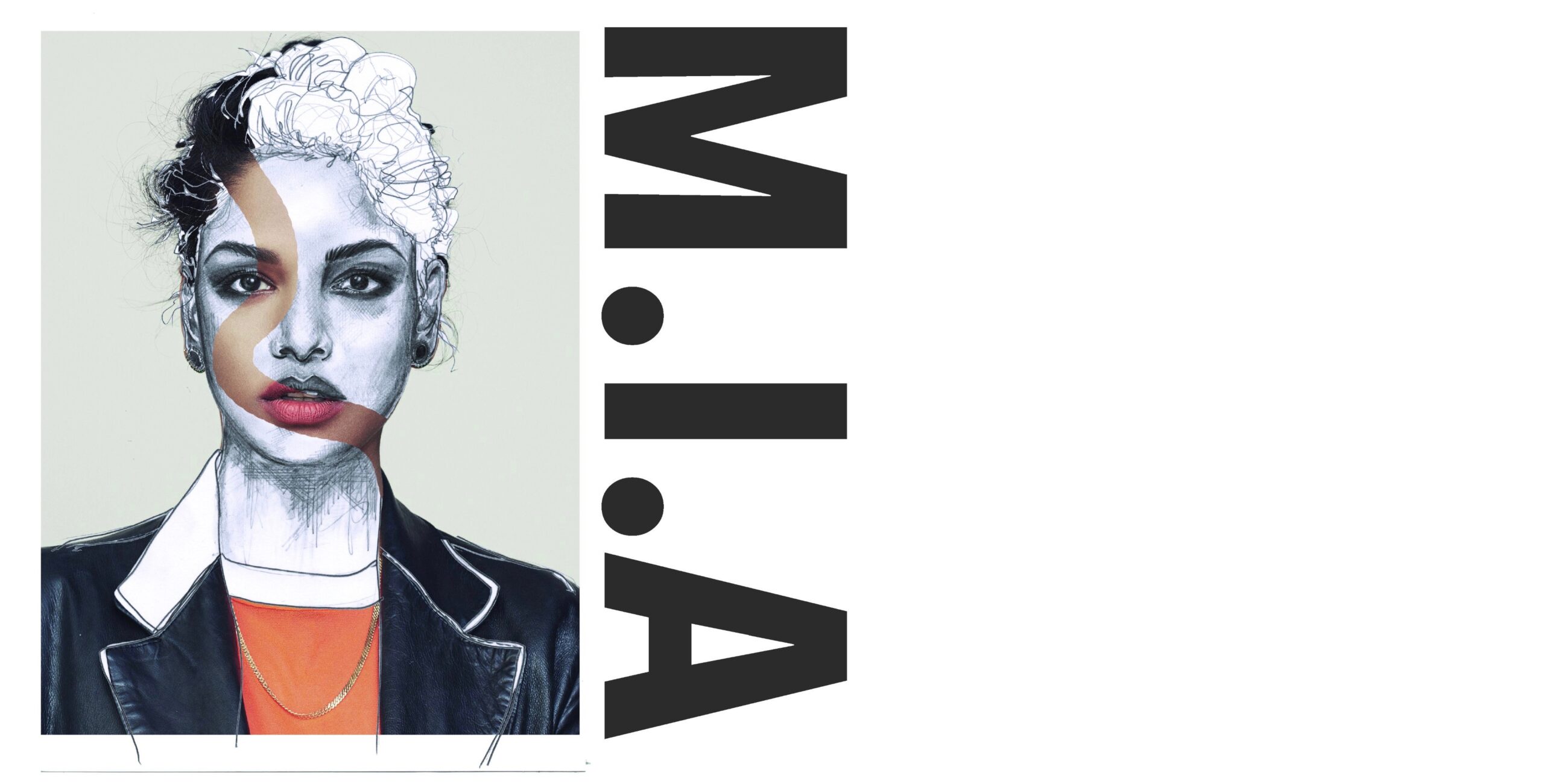 by Amna Shaddad, head of the campaign office

The Don’t Extradite Assange Campaign has been established in the UK by WikiLeaks in order to focus campaigning efforts on preventing the extradition of journalist and publisher Julian Assange to the United States where he faces 175 years in jail.

Many of Assange’s friends come forward to try to help in whatever way they can. These friends include artists MIA and Lowkey, who will be performing in front of the Home Office on 5th November at 6pm to encourage protest and to help build the movement.

MIA made a statement ahead of tomorrow’s protest.

The basic bottom-line is that [Assange] is in prison because he exposed war crimes; campaigned for peace. This cannot be the example…

shado sat down with Amna Shaddad and John Rees of Stop The War Coalition* ahead of the campaign protest on Tuesday, 5th November to find out more about the campaign’s aims, and take a deeper dive into what the Assange case represents for the future of democracy in the UK.

Can you tell us more about the motivation around the protest on 5th November?

Julian Assange, founder of Wikileaks, was forcibly removed from the Ecuadorian embassy on 11th April of this year. He was moved to Belmarsh prison, whereafter the UN working group on arbitrary detention issued a statement saying that “[t]his treatment appears to contravene the principles of necessity and proportionality envisaged by the human rights standards”.

Following Assange’s expulsion, Roger Waters wanted to perform in front of Belmarsh prison in protest. The decision was made to move it to the Home Office, an institution which has the power to override the court’s decisions. With minimal publicity, 1,000 people turned up.

We need to mobilise as many people to the streets and making enough fuss about Assange’s case that it becomes un-ignorable.

Within the court, whilst Assange has some of the best legal representatives, it was shown at his hearing on Monday 21st October at Westminster Magistrates court that he may not have the fairest judge or treatment. Craig Murray (historian, former ambassador, whistle-blower, and human rights activist) who was inside the court during that hearing said there was a “blatant lack of fair process” where “[e]very decision was railroaded through over the scarcely heard arguments and objections of Assange’s legal team, by a magistrate who barely pretended to be listening.”

Therefore we need as large a people’s movement as possible.

What are the some of the biggest problem with extradition and how is it being used more largely to silence those speaking out?

Txema Guijarro who was advisor to Ricadro Patino has said that the new Ecuadorian government has broken international and constitutional laws by handing Assange over.

Assange faces 175 years’ imprisonment if extradited to the US.

Massimo Moratti of Amnesty International has publicly stated on their website that, “Were Julian Assange to be extradited or subjected to any other transfer to the USA, Britain would be in breach of its obligations under international law.”

The espionage charge against Julian Assange speculates that he helped Chelsea Manning hack into US government files. However, the evidence for this is purely circumstantial. Chelsea Manning published, through Wikileaks, a lot of evidence showing the war crimes committed in Iraq, Afghanistan etc including the now famous video ‘Collateral Murder’ which shows the targeted killing of unarmed civilians and journalists in Iraq.

This hacking charge wouldn’t usually lead to any more than 5 years’ imprisonment.

And what he is being charged for are methods commonly used by journalists to procure classified information. Therefore, if extradited and charged this means that journalists will not be allowed to do their jobs.

As Brooklyn lawyer Tor Ekeland, who represents people accused of computer crimes in federal and state courts nationally, has put it: “the Assange prosecution looks more like an attack on core political speech protected by the First Amendment than a proper exercise of prosecutorial discretion”.

Human Rights Watch published an article saying, “The only thing standing between an Assange prosecution and a major threat to global media freedom is Britain. It is urgent that it defend the principles at risk.”

The NUJ has stated “US charges against Assange pose a huge threat, one that could criminalise the critical work of investigative journalists & their ability to protect their sources”

Can you tell us a bit more about the organisations involved in supporting the campaign?

The Don’t Extradite Assange Campaign was started by Wikileaks. It is the brainchild of Wikileaks and the Stop the War Coalition.

Politically-motivated musicians like Lowkey and MIA are worth their weight in gold. In this time in which our rights are further and further threatened by the Bush administration, Tory government, and the global rise of fascism, people need to use their platforms and profiles to push back. Musicians have some of the largest global followings and can therefore reach far more people than anyone else. Their fans listen to them and that is what we need.

Lowkey is a British-Iraqi Hip-hop artist, campaigner and playwright. He has always written and performed politically charged hip hop, rapping about issues other artists wouldn’t go anywhere near for fear of losing fans.

MIA has carried the ‘woke pop musician’ brand since the beginning of her career. She’s the daughter of a founder of the Tamil Tigers, her and the rest of her family moved to the UK as refugees. Her famous song ‘paper planes’ is about the racism faced in the UK by refugees.

It seems massively important when talking about the protests – and the case in general – to root the conversation within a larger narrative on the threats to human rights and the role that state is playing in silencing those who are going against the grain. Can you go into a bit more detail on this with regard to some of the more sinister patterns we are seeing – of those speaking out against corruption being silenced?

Edward Snowden and Chelsea Manning are the most famous whistle-blowers and they are still being punished for it.

Edward Snowden learnt from whistle-blowers before him to be prepared. Thomas Drake followed the official lines for whistleblowing within the NSA two years before Edward Snowden and suffered years of enforced economic and professional deterioration by the NSA. Edward Snowden also took all the incriminating files with him so that when the NSA dismisses all the accusations as nothing but paranoid delusion etc he had the evidence to back himself up.

Edward Snowden has been on the run since he decided to contact journalists to leak the documents he had. He currently lives in exile in Russia.

Chelsea Manning was imprisoned from 2010 until 2017 when her sentence was commuted. This includes extended periods in solitary confinement. Manning is currently in jail for her continued refusal to testify before a grand jury against Julian Assange.

Robert Fisk, one of the most lauded journalists of all time celebrates Wikileaks’ work and pursuit for truth which he insists should be the main focus of any journalist, he wrote in the Independent:

“The worst of the material exposed by Chelsea Manning and Wikileaks was secret not because it accidentally slipped into a military administration file marked “confidential” or “for your eyes only”, but because it represented the cover-up of state crime on a massive scale. For what these hundreds of thousands of documents represented was the shaming of America, its politicians, its soldiers, its torturers, its diplomats.”

So, we can see through the eyes of the US administration why shutting down such leaks, and making an example of those who already have, is a priority.

Of course, whistleblowing is a world-wide phenomenon and that have exposed bad practise in all areas of industry, not just warfare and surveillance. Wikipedia has a page ‘List of Whistle-blowers’ that includes all the whistle-blowers whose identity is known. A 2009 study found that up to 38% of whistle-blowers experienced professional retaliation in some form, including wrongful termination. And according to Wikipedia, “many whistle-blowers report there exists a widespread “shoot the messenger” mentality by corporations or government agencies accused of misconduct and in some cases whistle-blowers have been subjected to criminal prosecution in reprisal for reporting wrongdoing.”

How do you define WikiLeaks’ role in protecting democracy and upholding political accountability?

Sarah Harrison, a Wikileaks section editor, wrote in the New York Times, “There is a desperate need for our work: The world is connected by largely unaccountable networks of power that span industries and countries, political parties, corporations and institutions; WikiLeaks shines a light on these by revealing not just individual incidents, but information about entire structures of power.”

Harrison continues, “We publish without fear or favor, bringing transparency to powerful factions and secretive institutions, not taking any sides except that of the truth. We believe in the democratisation of information and the power that knowledge gives to people to further peace, accountability and self-determination.”

*NB this piece is not an endorsement of all of Stop The War activities; instead, a document of the motivations behind November’s protest.