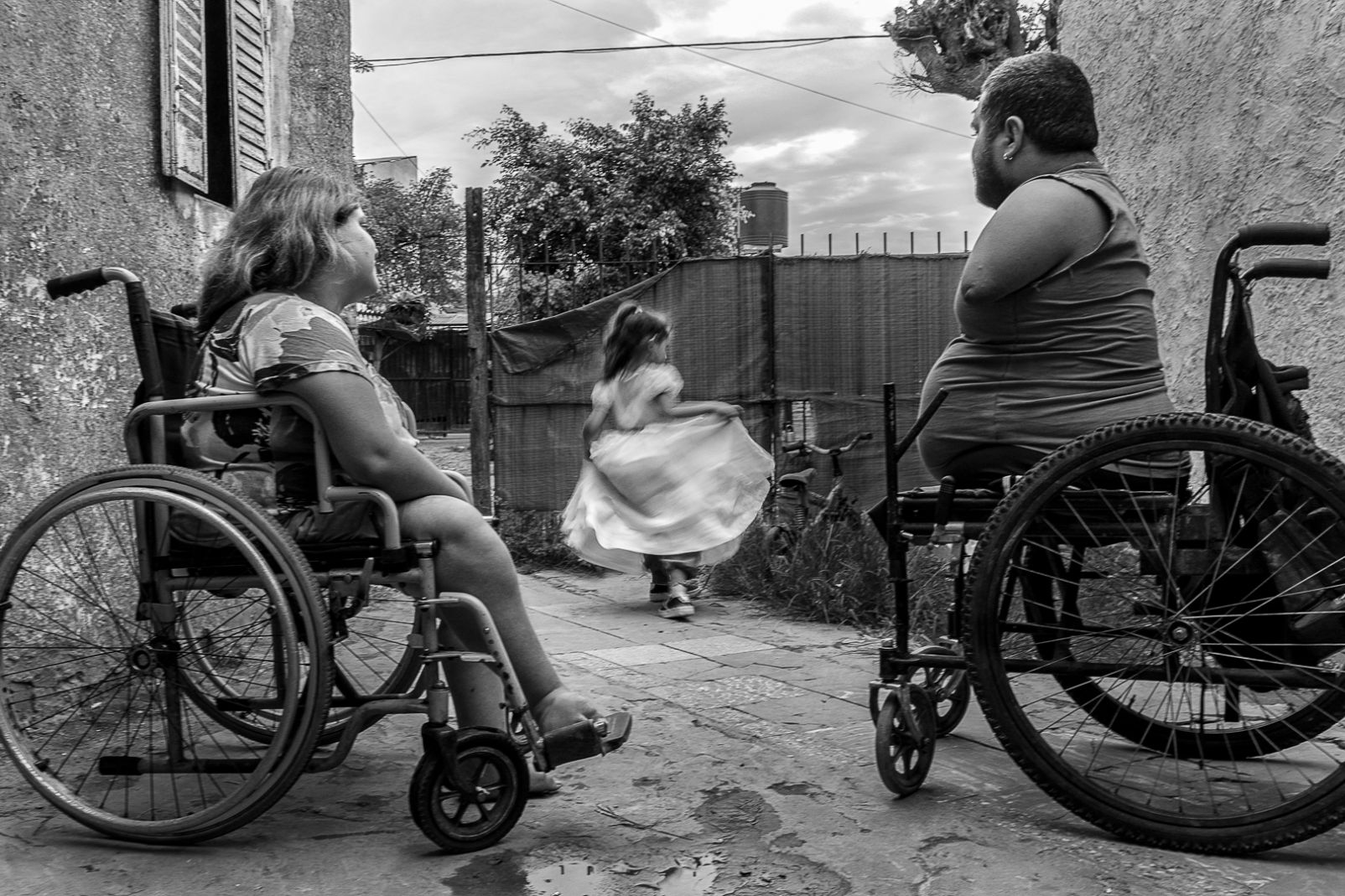 a photography project by Slideluck Editorial

Ahead of the screening of Slideluck Editorial’s photography exhibition at Lagos Photo Festival next week, shado sat down with their founder and editor-in-chief Maria Teresa Salvati to discuss the aims of the project and to preview some of the work included.

Can you tell us a bit more about the title ‘Love Me Tender’ and the messages you were hoping to convey?

Love Me Tender was the second international call launched by Slideluck Editorial. What we wanted to do was to find photographic projects and films, that talked about love as an opposed narrative to the current wave of hate we’ve been listening, seeing and experimenting with in the past years, via mass media and in real life.

The concept originates from an established belief: all of us have an intense need to be loved and nurtured. Love, as John Bowlby (British psychologist and psychiatrist) and others’ experiments have shown, could be considered one of our most basic and fundamental human needs. One of the forms that the need to be loved takes, is contact comfort, the desire to be held and touched. Research has proven that babies who are deprived from contact comfort, particularly during the first six months after they are born, grow up to be psychologically damaged. The primary caregiver acts as a prototype for future relationships and has three main implications: others as being trustworthy, the self being valuable, and the self as being effective when interacting with others.

Love and other affections are forms of social relations and the result of historical processes, of which Nietzsche would call “genealogy”. Due to its particular intensity, love acquires a dimension of identity: we are what we love. There is a double movement of loving and being loved, which is very important in making us define who we are, and making us feel life as something worth living.

Although the canonical place for love to be practiced would be the family and the so-called “maternal love”, society has gone through multiple transformations over time. These changes have implications on the way love is expressed, but haven’t changed the need for love, on a basic, essential level. By assuming the importance of love in our lives, we’d like also, on the other side of the spectrum, to reflect on the ramifications of the deprivation of this fundamental human need and the consequences of it in many areas of our lives, privately and collectively.

The meaning of ‘tender’ in this case, refers in general to the condition of being vulnerable. So, if love really drives many decisions and affects deeply our lives, either from a personal or a social and collective standpoint, ours wanted to be an invitation to take care of the unprotected and fragile, physically or emotionally, which need protection, attention and affection, as a way to generate circular love. Ours wanted also to be an attempt to stimulate a reflection on the application of the universal basic need for love, in the context of the fast-transforming society.

For Slideluck Editorial, why is it so important to be so globally focused – not only in the opening up submissions to a global audience of photographers but also in the commitment to showcasing the work around the world? What do you think this adds to the project?

There are two main reasons, and from two different perspectives: the photographers and the public.

Looking at it from the point of view of those who create visual stories, we are interested in different views and gazes that come from multiple experiences, cultures and perspectives in relation to the main themes and global contemporary issues. The risk of being focused on one area of the world is that the view is limited, but also that it’s easy to show and talk about stereotyped stories. So, the plurality of views, in a way, guarantees a more (or closer to) comprehensive vision of the world.
Also, travelling around and taking the projections in different places, it’s for us a real mission: to reach as many eyes as possible as a way to help show stories that differ from what mainstream media portray. Alongside going to festivals and institutionalised spaces dedicated to contemporary photography, we like to go to public spaces.

What has the response been to the Love Me Tender project? What were some of the main conversations you were hoping to open up?

For this project, we received an unprecedented number of submissions from all around the world, and precisely from 48 different countries, touching all continents. This was already a very positive response. With the help of an international jury – Ângela Ferreira, Carol Körting, Maria Pia Bernardoni, Sara Terry, Veronica Sanchis Bencomo and I – we selected the ten photographers that are now part of the global tour: Toni Amengual, Ciro Battiloro, Francesca Cesari, Maria Contreras Coll, Tara Fallaux, Lena Kunz, Margaret Mitchell, Constanza Portnoy, Tatiana Sardà and Stephanie Taiber.

One of our jury members, after seeing the works said: “So, love and compassion do exist”. It was incredible to see it, in fact.

So far the multimedia has been shown during the opening weekend of the DocField Documentary festival in Barcelona; in Fortaleza (Brazil), during the Fotofestival Solar; and we are really glad to go to Africa for the first time for the jubilee edition of the 10thyear anniversary of LagosPhoto Festival, at the end of October.

It’s difficult to say what to expect from a project like this. I think that the result and the effect on someone’s opinion that is shaped by the multiple stimulus he/she’s undergone by, is something you see in the long-term. I think by travelling a lot, meeting curious eyes, touching the heart and making you see the many shades of love, it’s already something to be really grateful for. If we manage to do that, even just for one person, I think we’ve already achieved our mission.

Of course, the more, the better. And to do so, we need partners that help us reach more and different publics. So, I really want to thank the partners that have joined us so far, and the ten authors that generously support our mission, trusting us completely in taking their works everywhere.

The “Rione Sanità” in Naples, is solitude and love, irony and tragedy, faith and sin. The contrasts generate surreal existences. The street and the house merge together, the private becomes public and the public hides the secrets of the private. Silence is a rare gift for these alleys, but in its revelation you rediscover the naked and immense soul of a forgotten humanity.

Constanza Portnoy, LiFe Force: What Love can Save

Oblivion can become a silent weapon of contempt and discrimination. All human beings needs bonds of love and support to develop in a healthy way. However, society has often shown that stigma, prejudice and disregard are the most common ways to make a person with a disability become invisible.

Despite everything, they have been able to build a world to live in and not just to survive. The bonds of love, the building of resilience and the unconditional support they have forged between them, are the pillars that allow them to stay strong and keep on going.

Francesca Cesari, In the room

A suspended time of devotion and tenderness that coexists with the alienating repetitiveness of a daily routine. A journey in the intimate space of a mother lulling her child to sleep with breastmilk. Despite this gentle act being every day and universal, it still is often considered to be private, taking place only behind closed doors.

The project focuses on individuals, mostly women, who own life-like baby dolls. The photographs show the bounds and possibilities of affection and unanswered love. The artificiality and authenticity of the dolls make the women feel loving and caring, even as the babies are not able to respond to emotion. Owning a so-called “reborn baby” is an opportunity for the owner to regain control of their feelings, wishes, and needs.

Margaret Mitchell, In This Place

This is a story with social inequality in its heart, but it’s also a story of love and family. The photographer began to document her nieces and nephews: while the outside world has changed, their lives appear remarkably still, immobile even. This is a personal, yet universal, story of family, loss and love.

Ethel; seen and shaped by the perception of others, defined by the needs and desires of others, tethered to the reality and history of others. The temporal nature of our time clearly articulated by her presence. Now, inside the stillness of her absence there is subtle evidence of life persevering where it seems most unlikely to survive. Her surroundings quickly settle as she dissolves into them. There is a period of having lived, that when you look back as if it was a thing, it remains, here, still, a life.

Wild Poppy’ is a poetic, multimedia project about love, the “picture perfect” ideal image and future dreams.
What do young modern Chinese women like Poppy think about their destiny? Against the ‘picture perfect’ backdrop of the dreamy coastal city of Xiamen, Wild Poppy tells the story of this young generation of Chinese girls who are surrounded by old traditions and modern ideas.

These representations speak about the author’s emotional world, love, loneliness, tenderness, absence and melancholy of change. Boys and girls become innocent protagonists of that socio, affective and political learning. Organic comes to reflect, through an intimate and poetic look, at those processes of life.
Exposes the body and the fictitious nature of the garden as a symbol of maternity and childhood

The first menstruation is a turning point for every young woman in the world. In Nepal, this entry into adulthood is tied to a loss of purity. According to the Hindu faith, is seen as a punishment for all women. In rural areas, menstrual women are exiled for a week, a practice known as Chhaupadi Partha.

In Kathmandu, a new generation of young people is reinventing traditions, making them their own. Some women from the rural areas have started to question these practices and becoming activists.

Toni Amengual, Androids in the woods

This is the result of a month playing texting game in the middle of the cold Finish forests. From a personal experience, in this audio-visual work, different layers and ways of relationship weave. On one side the photographer’s own photographs of the place and persons which personally met. On the other side, screenshots of people found in Tinder, and a series of photographs of families living near the place Amengual stayed. This is a personal report about love and relationships in a country as icy as dark.