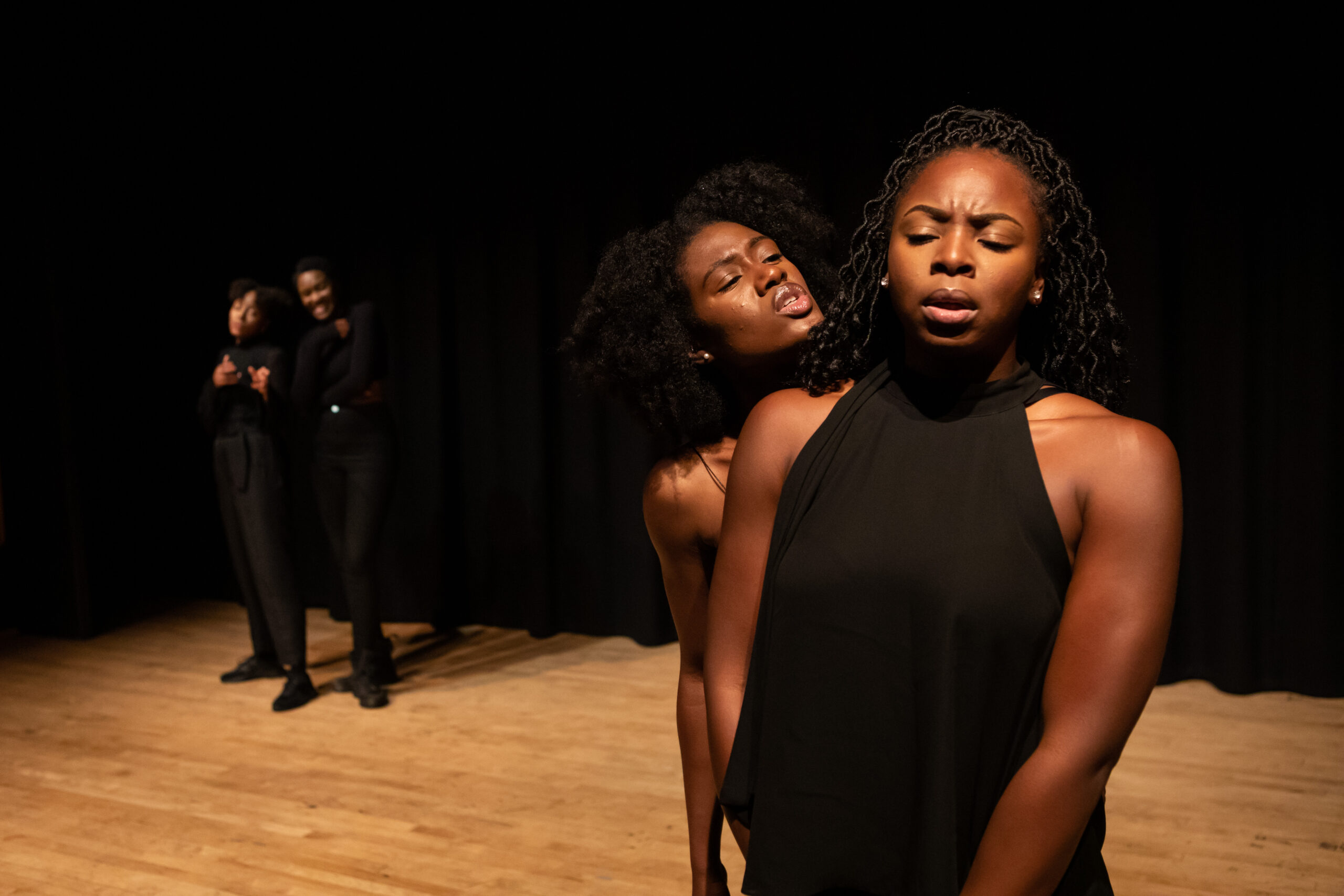 Erin Cobby sits down with Jessica Kaliisa, director of award-winning play Queens of Sheba to discuss the play’s conception, misogynoir, and UK race relations in 2019.

The audience erupted, standing and cheering wildly as the last words of the girls on stage were lost to the uproar.

The Queens of Sheba had entertained at Battersea Arts Centre for the past hour – however, it was not just the four multi-talented women that I had heard from. Never before had I been at a performance where the audience had made so much noise – although this never verged on disrespectful. Rather, it was a testament to the relatability of the production, and a collective sigh of relief on the part of the audience to finally be met by women of colour on the stage.

It was this absence which inspired Jessica Kaliisa, the play’s director, to approach Ryan Cameron Artistic Director of Nouveau Riche theatre company with the idea in the first place, she tells me when we sit down to chat about the tour.

“I had never even seen a stage full of Black women before”, she exclaims, explaining that it was after she saw Ryan’s play Timbuktu, which focused on the experience of four Black males, she decided a female version also needed to be created. “We have experiences too”, she laughs.

This experience is rooted in misogynoir. A term coined by queer Black feminist Moya Bailey, it refers explicitly to the lived experience of Black women, who deal with both racism and sexism simultaneously from a large cross section of society.

This intersection is uniquely felt, as was experienced by Ryan when he tried to start writing a female version of Timbuktu. “He just couldn’t because he wasn’t a black woman – and he realised there was so much he didn’t understand” Jessica explains.

This led Ryan to approach Jessica Hagan, a young spoken word artist from London who came up with three poems based around the Black female experience. The three of them then organised focus groups, inviting Black women of all ages and backgrounds to share stories. The rest of the play was then developed with the original queens, Jessica tells me. “It was very much a lot of playing, a lot of seeing like what comes out of how they use the words … it was a very collaborative process”.

It is perhaps this organic creation which encourages such an incredible audience reaction. The stories, although ultimately personal are representative of a shared experience brought together by multiple testimonies. As unfortunately, most women of colour have experienced some sort of misogynoir, whether workplace prejudice or racism while trying to enjoy themselves in a club.

This representation is potentially exacerbated by the style of the performance. The four women are dressed in black on a bare stage, there is no lighting, music or scene changes. This choice, alongside multi-roling, allows the women to abandon a singular character identity and instead become a voice for many in an entire intersection of society.
Jessica explains that this decision was also made to keep the audience’s attention on the girls:

you just get to focus on how talented they are without being distracted by the set or anything. You can’t really give the praise to anything else but them which is great.

The aim of telling underrepresented stories is one which Nouveau Riche has championed since its inception two years ago. Jessica explains that the company ensures that people of colour have a space to make work of a professional standard. They don’t just produce plays however, “they focus on building up other creatives, they constantly have schemes going for building up directors or moving up producers”.

This was something Jessica got to experience first-hand when Nouveau Riche decided to run workshops in schools based around Queens of Sheba. The idea behind this, Jessica explains, was to walk the kids through the play’s development process, to show them that “it is very simple to have an idea and that from that idea a play can come about”.

The play’s influence on school kids hasn’t stopped there. Jessica Hagan was tagged in a tweet from girls who had used Queens of Sheba for their GCSE drama performance, and received an A. Jessica underlined the prevalence of this: “The fact that this play is even allowed into the curriculum now means that there are young 15-year-old Black girls who can find plays that are relatable to them”.

This leads us on to talking about if race relations have changed since 2015, when four women were refused entry into DSTRKT, a central London club due to their size and the colour of their skin, an experience which features centrally in the play.

I think things actually have gotten worse”, she explains. “particularly with the rise of Brexit, because it means that people feel a bit more entitled to say things to people who don’t have a heritage in this country.

She admits that organisations like DSTRKT do have more accountability now and that “more people speak up about things they’re not happy about”, however, she believes that this has not transferred over into race relations themselves.

Despite this she remains hopeful for the future and tells me that she has decided to start writing plays for women of colour.

“I think writing is so powerful and I think I’ve underestimated the power of writing for a long time as an actor. We can’t always wait around for opportunities. It’s been such an inspiration working with Ryan and Jessica, learning that you can just make things happen by just doing something. So rather than being passive now, I want to be more active in my industry. That’s what I’m trying to do.”

It seems that the influence of Queens won’t be short-lived, and with people like Jessica writing more plays with a similar ethos, it won’t be long until women of colour won’t have to carve out a space for themselves in theatre – they’ll be reigning.

The Queens of Sheba has just been nominated for an Offie and will be playing at the Battersea Arts Centre until November 23rd.