On decolonisation, mutual aid and resistance through community building in Mexico

‘To be different’ means walking through a crowd facing the future with your eyes on the horizon. With bare feet moving with firm steps on the Earth’s soil, all the while clinging to the path trodden by the footsteps of a brave few, who walk without the fear of being struck down by the weight of thousands.

Afrontera Cimarrona is a social collective which strives to overthrow a world governed by the coloniality of knowledge, power, perspectives, and beings. The collective is committed to the decolonisation of bodies subject to the imprisonment of white and Western values.

Regardless, Afrontera Cimarrona transcends the essentialist idea of a social collective. It is a timeless force of articulated narratives, resisting the normativity of fragmented and dysfunctional political systems, through the creation of spaces within which to exercise self-existence.

Spaces which do not represent themselves through a single face, are not defined through a single rhetoric, and do not fit within a single identity; but spaces which are rooted in the racialised, non-binary, non-hegemonic, neurodivergent self, who for a long time knocked on doors to reach the dignified life that they were denied.

In their extensive journey throughout numerous organisations, collectives and social movements in Mexico, Mikaelah Drullard and Brenda Nava – members of Afrontera Cimarrona – spent several stages of their lives trying to fit into initiatives camouflaged by ideals of prosperity; a prosperity whose fruits never materialised, and whose emptiness prompted them to work in a social collective with its own ‘voice and existence’.

In this interview, they share a reimagined vision of social collectivism, reflected in their perspectives and their experiences, living in a world in which ‘to be different’ means so much more than just the conjunction of three words. 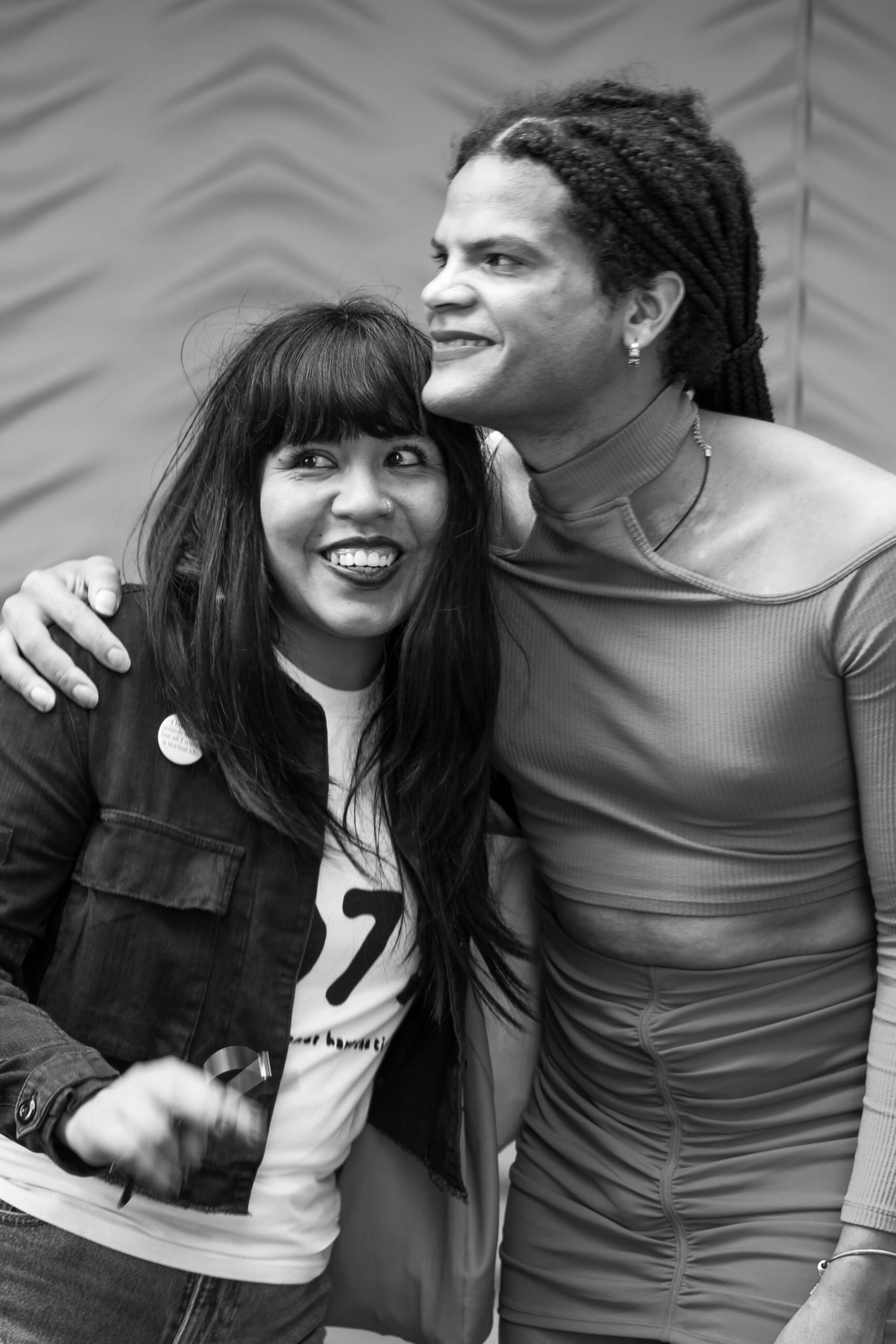 [Mikaelah and Brenda pictured above]

The problem of “radicality” in defining non-normative narratives

The word “radical” has been largely decontextualised in the current exercise of social collectivism. “It seems that ‘being radical’ today means following a separatist logic, which Afrontera Cimarrona has never strived to use as a banner,” Brenda tells me as we sit outside a local café on a crowded avenue of Mexico City’s Historic Centre.

In several social collectives that identify as radical, the influence of discourse is often undermined through forms of discrimination such as colourism; rather than in the ability of such discourses to trigger conversations that promote the abolition of the separatist logic.

From Brenda’s personal experience, “within several collectives, the discussion laid on measuring how ‘negra’, how ‘prieta’, or how oppressed I was; and depending on that, my voice within the collective either had an impact or not.”

As Mikaelah also points out, “it seems that the radicality of certain social collectives lies in the extent to which your own oppression can be measurable to the one being experienced by your peers.”

This, she believes, represents “a form of separatism that lies in the construction of barriers between the subalternalised subjects themselves.” But a separatism that does not belong to Afrontera Cimarrona, and a radicality for which it does not advocate for.

A violent state as the main enemy

Afrontera Cimarrona self-determines through its resistance efforts towards the oppression being exercised by the state: a political figure composed of a system of structures, that has historically oppressed non-normative narratives through the disproportionality and abuse of power; the appropriation of their identities; and the exercise of marginalisation in its procedures.

Examples of state oppression include the criminalisation of land reclamation from Indigenous groups, the militarisation of the country and the increase in unofficial executions targeting racialised people, the negligence and irregularities in the legal journeys of political prisoners, and the lack of solid law enforcement procedures in the face of hate crimes against the LGBTQI+ community, among others.

“Unlike other collectives, in Afrontera Cimarrona we know who the enemy is. We are against the state, against its institutions such as the police, the military, and its prisons; we are against its racist control devices, which perpetuate a whole system of oppression, criminalisation and violence against non-white and non-hegemonic bodies, denying fundamental freedoms,” says Mikaelah.

“We are enemies of the state because we do not believe in what it implies. There is no liberation in the state because, by definition, it embodies patriarchy, coloniality, racism, and classism.”

In addition to working at Afrontera Cimarrona, Mikaelah is a trans woman who, on a daily basis, experiences the collateral effects of living in the country with the second most cases of non-prosecuted violence against transgender people worldwide.

The difference between social collectives and social entrepreneurships

Afrontera Cimarrona is not looking out for audiences to listen to their voices, as these already resonate and echo in their own flesh. However, the influences of the state are also reflected in the instrumentalisation of discourses; in processes that emanate false constructs of visibility and representation.

Through the manipulation of mainstream media and in order to satisfy its own interests, the state has historically appropriated the discourses of non-normative narratives, while creating smokescreens that divert the public’s attention from the root causes of structural issues. “Representation that seeks visibility is a strategy of a modern society captured by the state itself, in order to appear re-actualised. Although, in reality, the ‘strategy of inclusion’ ends up becoming yet another form of oppression,” says Mikaelah. Both she and Brenda have experienced first-hand the violence from institutions, organisations, and media regulated by the state, whose sole aim is to exploit their narratives to generate profits and cover up long-term damages.

This becomes a double-edged sword when questioning the power capabilities of the state actors that provide the ‘spaces of inclusion’, and the use of that same sense of disproportionality to twist dissident discourses while re-victimising and tokenising those who deliver them.

“It is dehumanising to attend state-led spaces only to reaffirm that being racialised is not my identity, but my political positioning in the face of their systems,” says Brenda. “And yet, my inherencies continue to be used as labels that stand out for very specific instances. Instances since which I’ve learnt not to ever again expect any further alliances from their behalf”

The negative repercussions of social entrepreneurship reach a point in which marginalised people start becoming the focus of media circuses, while the structural causes that have led them to experience marginalisation remain unnoticed.

“At the same time that state-owned media strive to provide ‘representation’ and ‘visibility’ to racialised and marginalised groups, there are also thousands of migrants dying on our side of the border; a result of the lack of responsibility of the state in itself. For Afrotera Cimarrona, the most important thing is to address those structural needs that deprive many  of their living,” Brenda says.

In fact, it is the Mexican state’s border-crossing authorities themselves who have exercised direct and indirect violence against Mexican and Latin American migrants. Due to an evident failure to prosecute crimes such as kidnapping, human trafficking, and sexual abuse, in mid-2021, it was revealed that around 6,356 violent attacks were unlawfully committed against migrants expelled across the border in Mexico.

To this day, the state’s inability to effectively deal with the ongoing migration crisis continues, while threatening the lives of innocent people in the search for adequate standards of living.

Afrontera Cimarrona, in the search of a sense of collectivity

“We do not envision ourselves as part of a movement in which there is a single, central identity,” explains Mikaelah. “In fact, we are against those identity politics that separate us, and we stand for the creation and strengthening of community ties. For us, a true sense of community does not mean that you have to be within a traditional community, since we also build ties from other coordinates like social networks.”

Afrontera Cimarrona strives to actively organise with collectives, groups, and communities in resistance who, like them, are seeking to dismantle the white, colonial system that oppresses them.

The members of Afrontera Cimarrona are actively anti-colonial, anti-racist, anti-transphobic, and seek to generate collective spaces and actions that crack the normativity of the current political system. As Mikaelah declares:  “with oppressive states, lies nothing. But with communities in resistance, there lies everything.”

It is inevitable not to emphasise the collective’s focus on building spaces that work only through unity as echoed in both Mikaelah and Brenda who in each other have found “a voice, an ally, a friend and a whole community.” 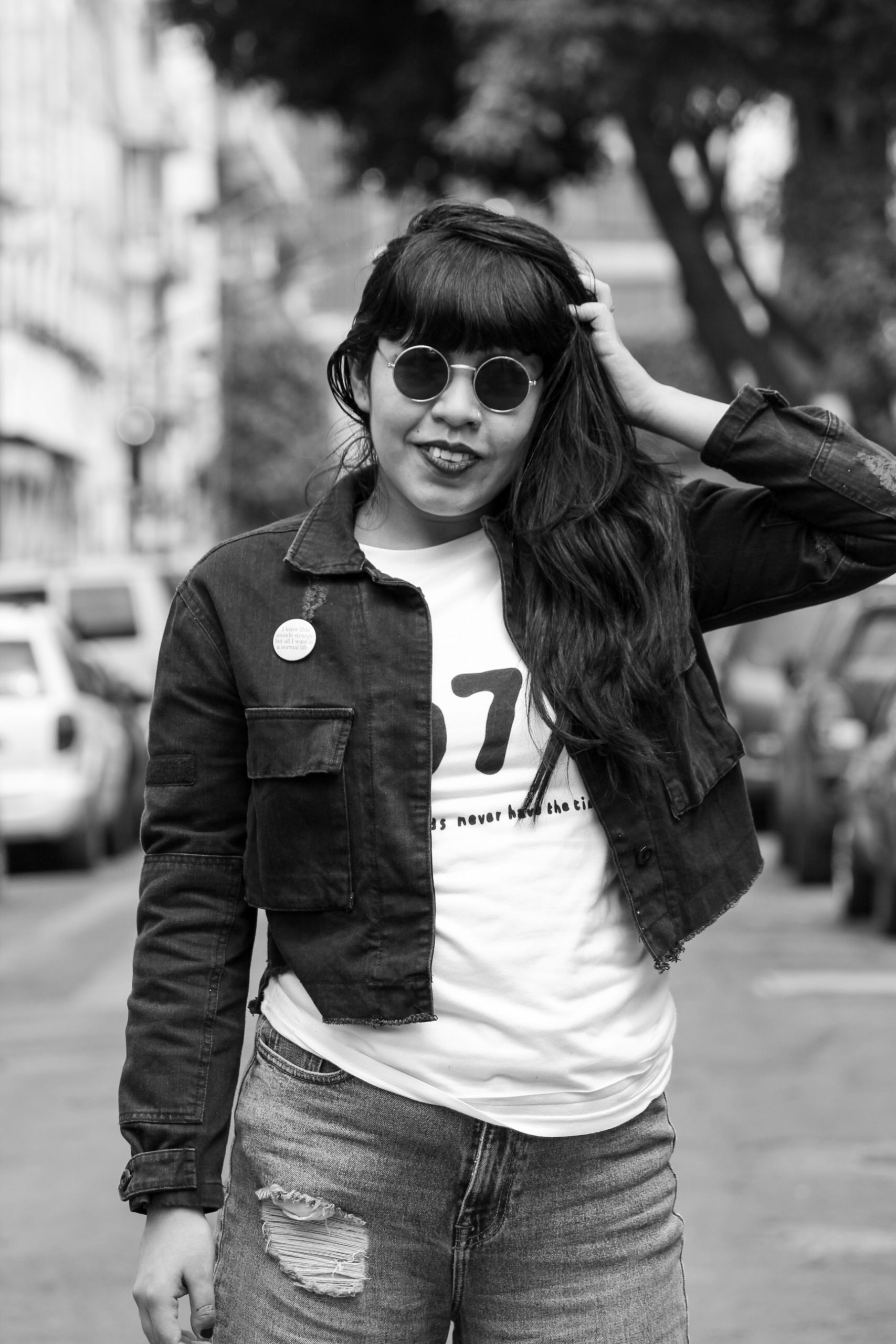 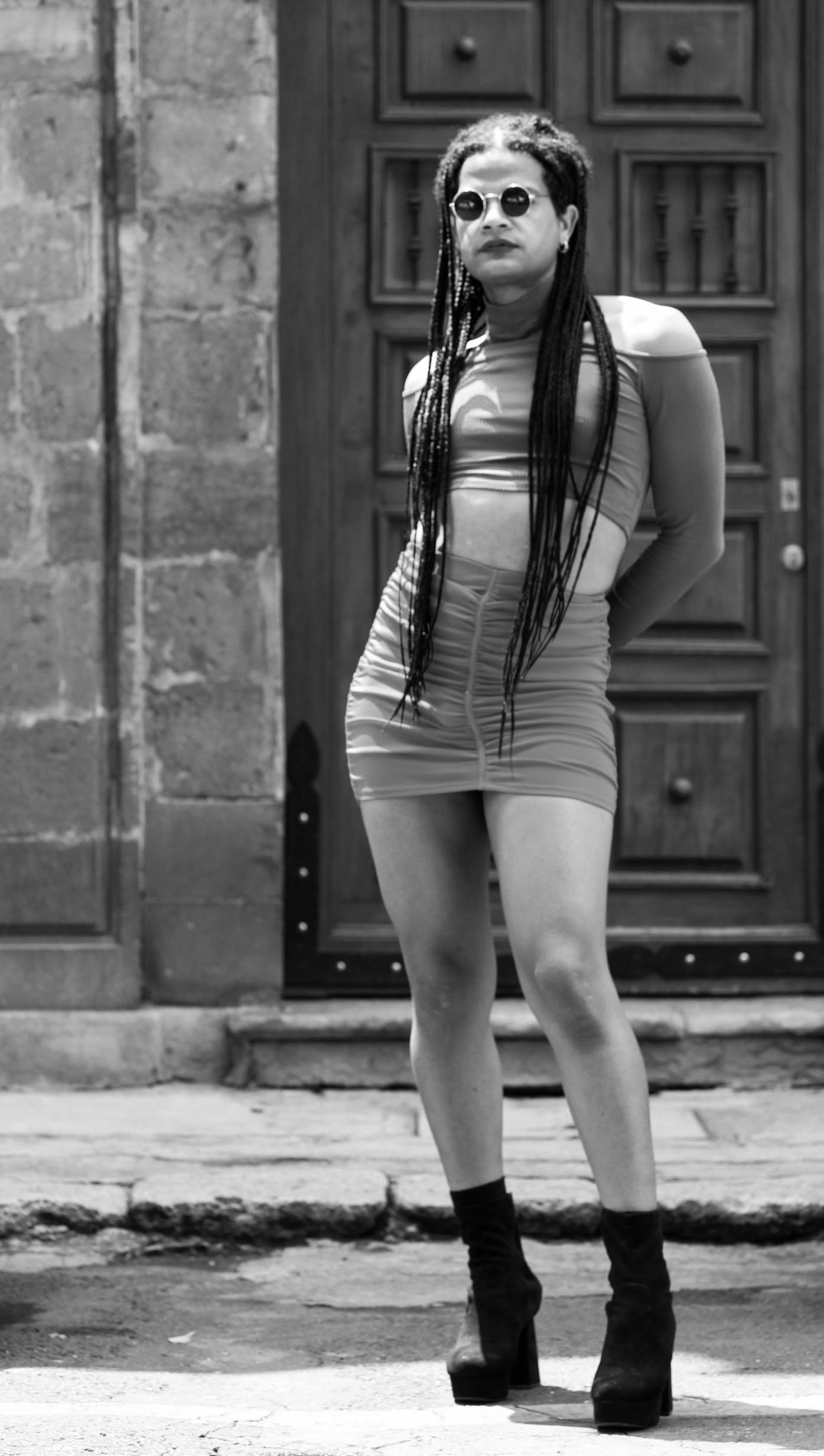