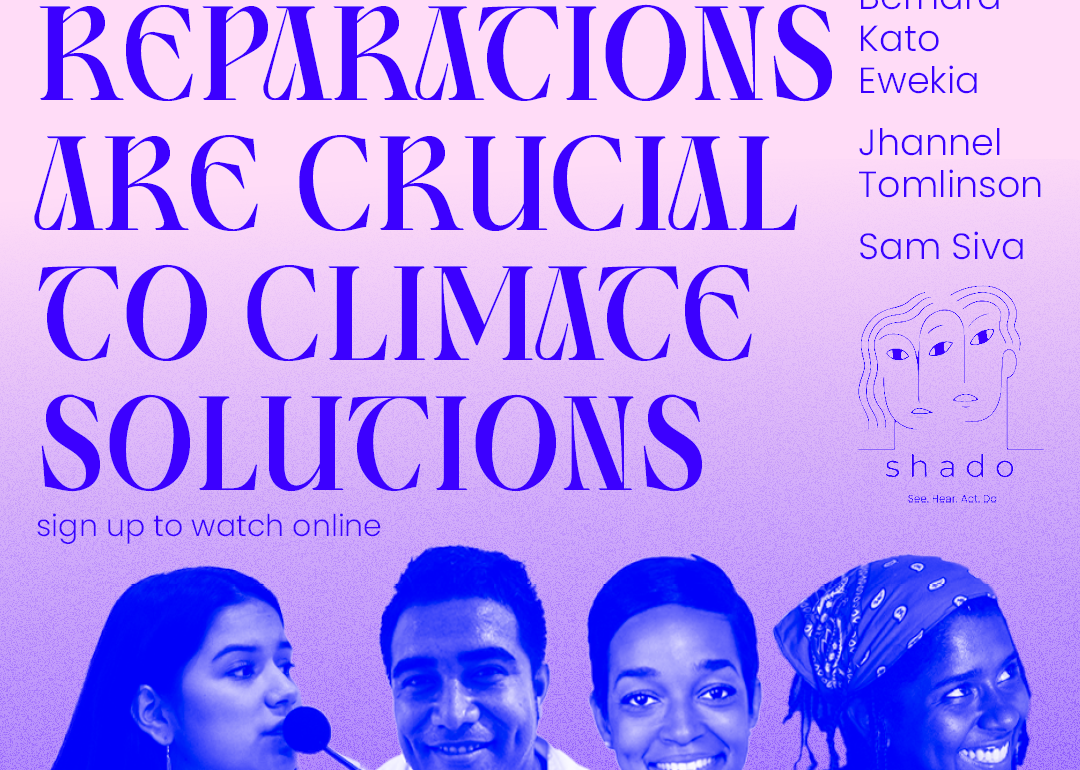 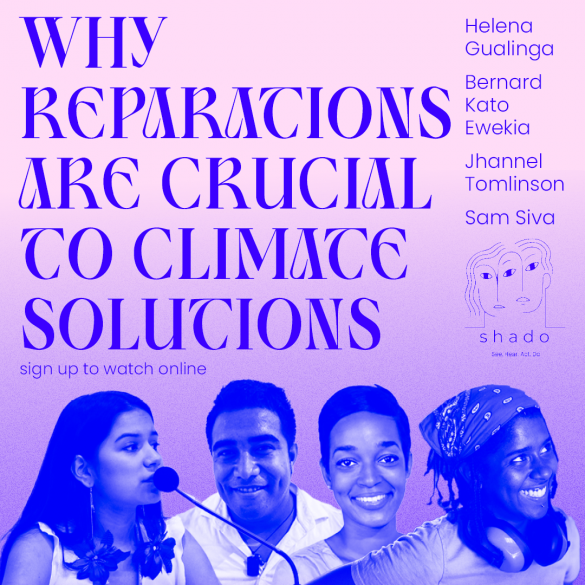 Join shado, Helena Gualinga, Bernard Kato Ewekia, Jhannel Tomlinson and Sam Siva as we delve into the debt owed by the Global North to the Global South and how reparations are a crucial measure to end the legacies of colonialism and extraction which have caused the acceleration of the climate crisis.

* What are reparations? What do they look like in practice?

* What is the link between colonialism, capitalism and reparations?

* Who should be held responsible?

* What do they tangibly look like for different communities?

* How do they feed into reimagining and achieving a climate just future?

Helena Gualinga is a 19 -year-old enviromental and human rights advocate. Gualinga grew up in the Indigenous community of Sarayaku in the Ecuadorian Amazon, known for its historic battle against the oil industry.

She is one of the co-founders of the global coalition Polluters Out. Currently she is The Women’s Earth and Climate Action Network’s young women’s lead in Ecuador.

Bernard Kato Ewekia Taomia is a youth climate activist from Tuvalu, who made history as the first youth Tuvaluan delegate to participate in COP26. Currently, he is the national leader of the non-governmental organisation Saving Tuvalu Global Campaign, focused on amplifying the voices and demands of the collective society, and planning sustainable strategies to address his country’s environmental and humanitarian crisis. Ewekia is active in the Fridays for Future International movement, promoting inclusive and intersectional representation of activists from underrepresented and marginalised communities.

Jhannel Tomlinson is a scholar activist based in Jamaica who is finalising her PhD on community based adaptation to climate change. She is the secretary and sustainability lead for Jamaican Women in Coffee (JaWIC), cofounder of Young People for Action Climate Change, Jamaica and GirlsCARE Jamaica and is the Caribbean Advisor for the Next Generation Climate Board. She has represented her country globally as a youth climate ambassador and has further undertaken research working with multidisciplinary teams across Jamaica and the wider Caribbean, publishing in varying academic journals on the findings of her work.

Sam Siva is a writer, organiser and grower. Working with Land In Our Names and on the Right to Roam campaign, Sam is interested in reparative justice through land and connecting to nature as a form of healing and liberation. They enjoy reading, writing, daydreaming, going on long walks in nature as well as deepening their practice in growing food, flowers and meditation. 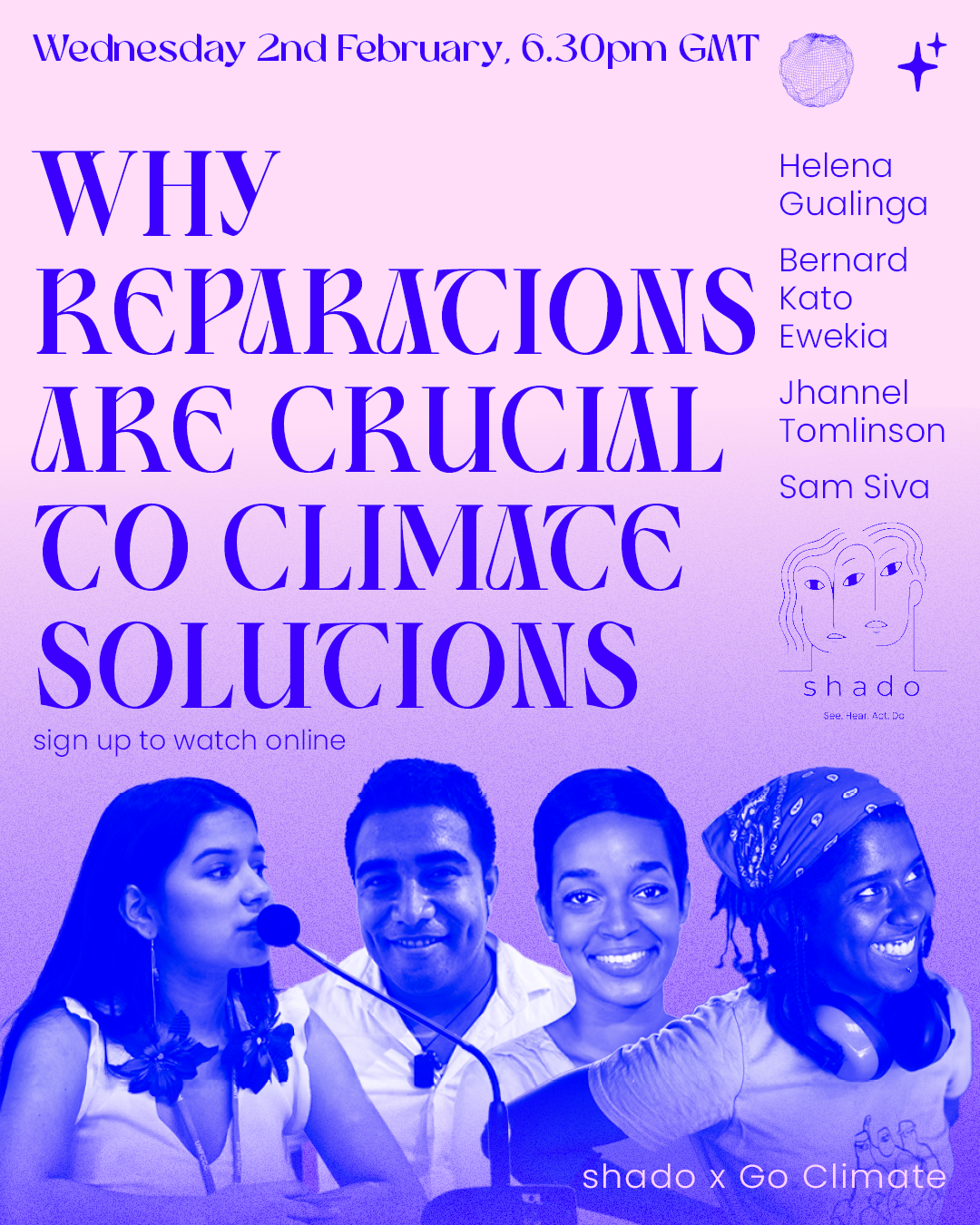