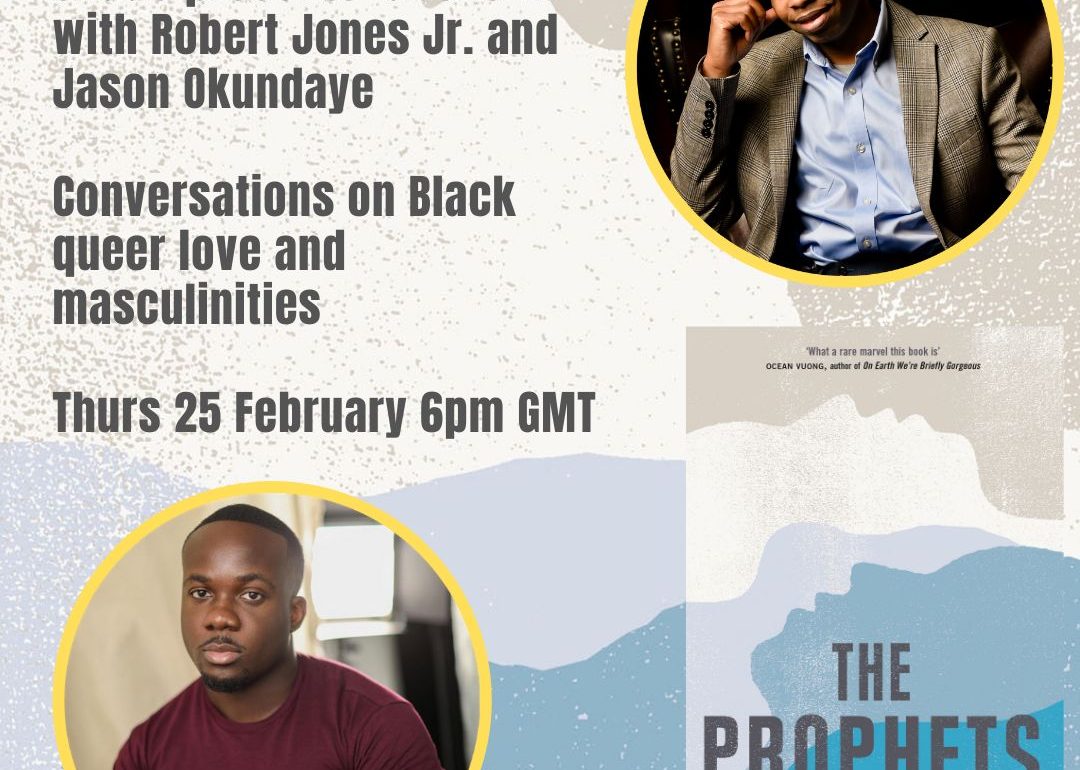 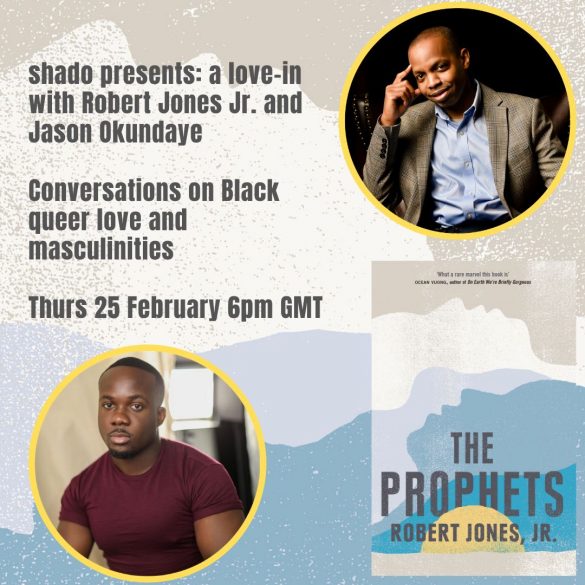 The Prophets, Robert Jones Jr debut novel, tells an unflinching story of a forbidden union between two enslaved men, Isaiah and Samuel. Set on a plantation in the Deep South, Jones Jr masterfully reveals the power of love, hope and friendship against the backdrop of brutality and violence.

In this event, writer Jason Okundaye will be speaking to Robert Jones Jr. about the novel and more widely about the lessons we can learn from Isaiah and Samuel’s relationship. Through both a wide and microscopic lens, they will delve into the characters and their world, looking at how the power of love can transcend time and place to reverberate through to the modern queer experience.

Though there is no shortage of books set in the time of slavery, The Prophets shines a rare spotlight on the forceful endurance of queer relationships in the face of inhumane cruelty.

Join us online on February 25th at 6pm GMT for an unforgettable evening, including a reading and an opportunity to pose your own questions to this groundbreaking author. 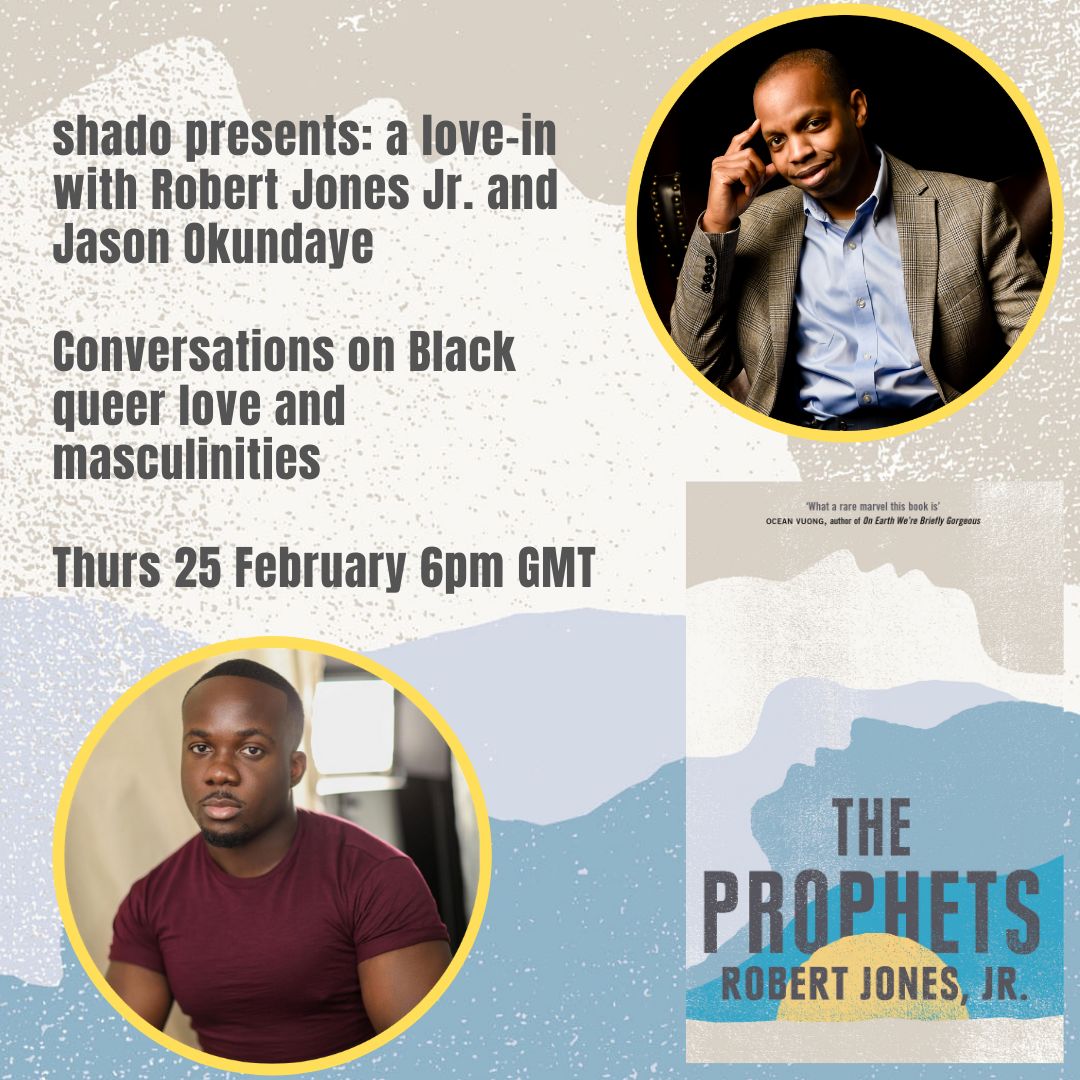 About shado:
shado mag CIC is a multimedia platform using culture and lived experience to create system change. You can see more on their instagram here.
Through a commitment to grassroots journalism, self-narration and arts as advocacy, shado uses the power of combined mediums to deliver a new culture of storytelling with a fresh perspective on global topics. They bring voices together which otherwise might have operated in silo in order to create greater impact.
Robert Jones Jr:
Robert Jones, Jr. is a writer from Brooklyn, N.Y. He earned both his B.F.A. in creative writing and M.F.A. in fiction from Brooklyn College. His work has been featured in The New York Times, Essence and The Paris Review. He is the creator of the social justice social media community, Son of Baldwin. The Prophets is his debut novel.

Jason Okundaye is a culture and politics writer from South London, and columnist at Tribune Magazine.

‘Rarely is a book this finely wrought, the lives and histories it holds so tenderly felt, and rendered unforgettably true’  — Ocean Vuong, author of On Earth We’re Briefly Gorgeous

‘May this book cast its spell on all of us, restore to us some memory of our most warrior and softest selves.’ —The New York Times Book Review