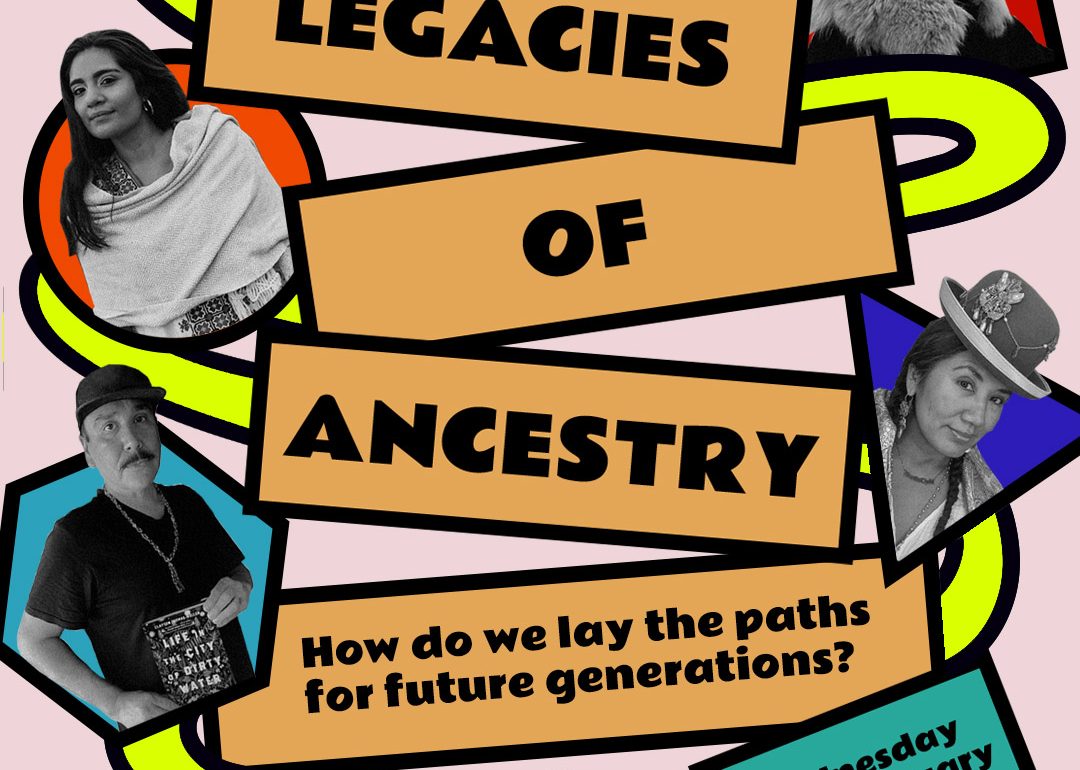 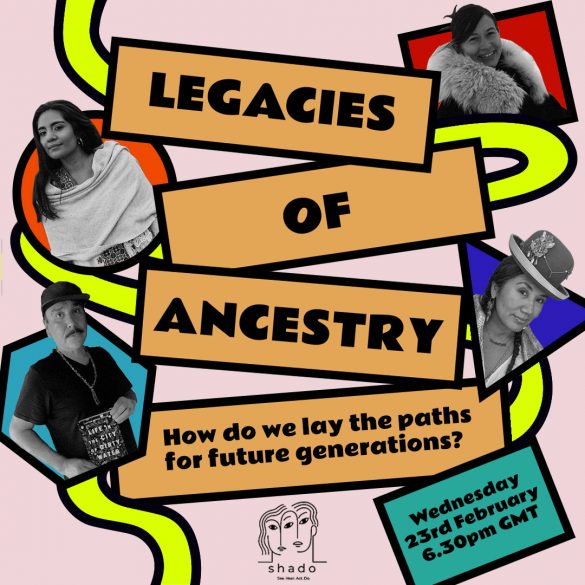 Legacies of ancestry – how do we lay the paths for future generations?

On Wednesday 23rd February shado will be speaking with four Indigenous activists on the topic of ancestry and about how we can lay the paths for future generations.

Clayton Thomas-Müller: Clayton is a member of the Treaty #6 based Mathias Colomb Cree Nation also known as Pukatawagan located in Northern Manitoba, Canada. Based in Winnipeg, Clayton is a senior campaign specialist with 350.org. Clayton is involved in many initiatives to support the building of an inclusive global movement for energy and climate justice

The Bonita Chola, Angela Camacho: Angela is an Indigenous decedent, creative, Bruja, community organiser and ancestor in the making, whose work is rooted in the need to take back a sense of space and a place of origin, moving away from colonialism

Samara Almonte: Samara is part of the Michoacan diaspora, raised between the lakes and tierra caliente regions of Michoacan and occupied Coast Salish territory or the Pacific Northwest in so-called the United States. Samara identifies as a P’urhepecha descendant reconnecting with her ancestors, which has greatly influenced her work as storyteller and urban planner.

BSL interpreter will be provided for the event

[ID:There is pale pink image. over laid in the middle are four rectangle boxes with black borders which read ‘Legacies of Ancestry, How do we lay the paths for future generations?’. In the bottom right hand corner there is a blue box which reads “wednesday 23rrd February 6.30pm GMT”. Behind the orange boxes is a bright yellow squigggly line. On the right hand top corner is Rachel Edwardson’s headshoht. in black and white overlaid a red square. Below is Angela Camacho’s headshot in black and white overlaid onto a dark blue triangle. On the left hand side is an orange circle with Samara Almonte’s headshot overlaid. Below Is Clayton Thomas-Müller’s headshot over a pale blue hexagon]