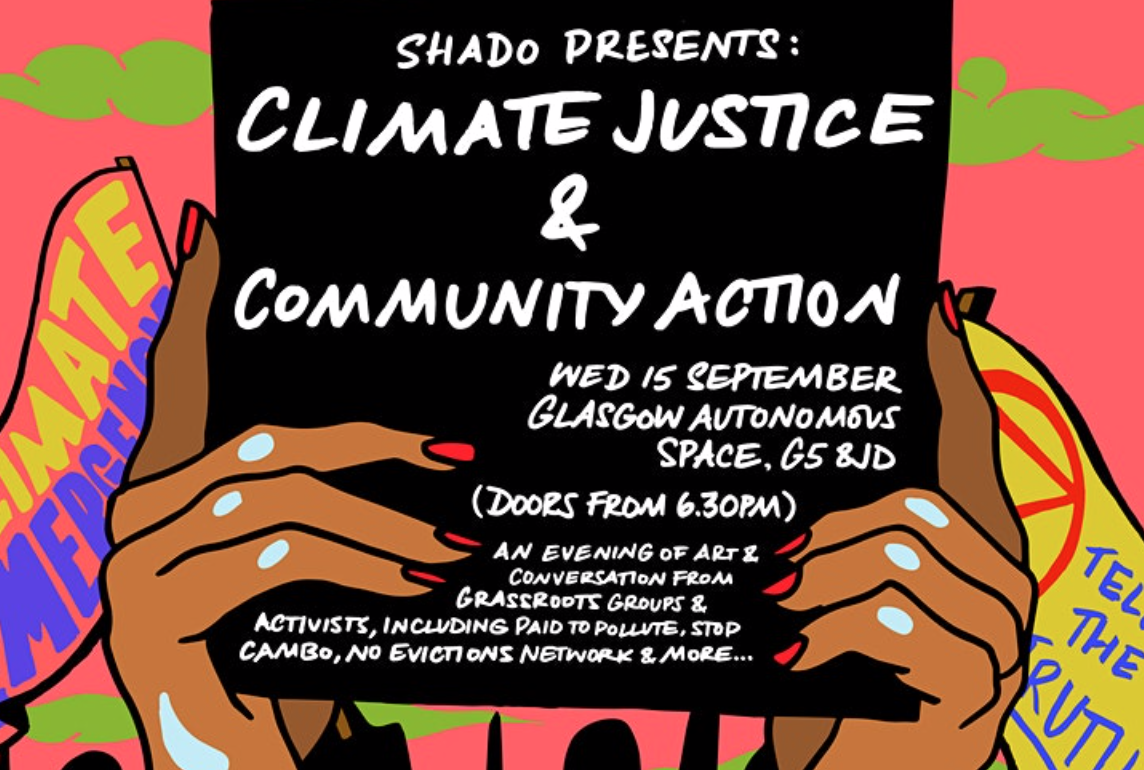 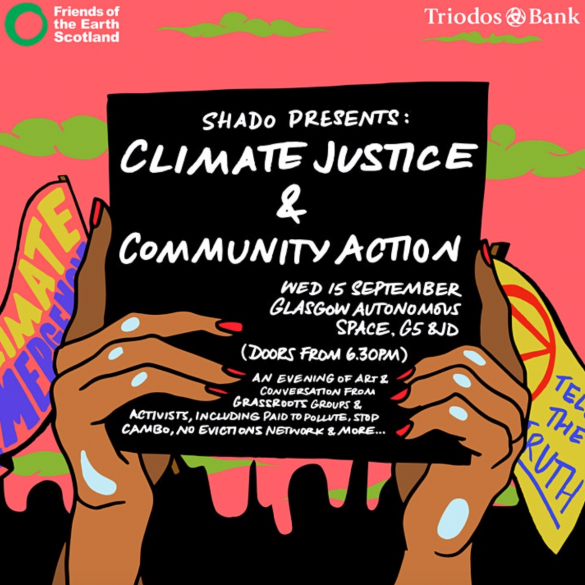 Join shado for an evening of art and conversation from grassroots groups and activists uniting around fighting climate injustice!

We’re hosting our first EVER in-person event in Glasgow!

shado’s partnering with Triodos to celebrate an evening on the theme of climate justice and community action! We’re honoured to be co-hosting the event with MORE (Migrants Organising for Rights and Empowerment) on the evening.

As warnings of “code red for humanity” are announced, the need to turn towards hope and action rather than fear is urgent. This event will celebrate the grassroots community action which is focused on making the changes that the world needs to see including holding those in power to account.

Join us for an evening of art and conversation from grassroots groups and activists where we will be bringing Glasgow’s network of community groups together. We will be exhibiting the works of 13 Glasgow based artists and there will also be talks from Stop Cambo, Fridays for Future, Glasgow’s local working group and of course Migrants Organising for Rights and Empowerment (MORE). The event has also been supported by Friends of the Earth Scotland.

The aim of the event is to offer an accessible space for activists, organisations and artists to unite around the issue of climate justice. The focus will be on the reframing of climate change as an intersectional issue which impacts different groups differently.

Importantly, it will offer an introduction to those who want to find out more about current climate movements and ways to get involved.

Doors will open from 6.30pm and talks will start from 7pm

NB. All attendees will be asked to show proof of a negative lateral flow test on entry

Founded in 1980, Triodos Bank has become a frontrunner in sustainable banking globally. As an independent bank that promotes responsible and transparent banking, it does not see any conflict between a focus on people and the planet and a good financial return. Instead it believes that they reinforce each other in the long-term. It offers current accounts, savings and investments for personal customers, as well as business accounts and lending. 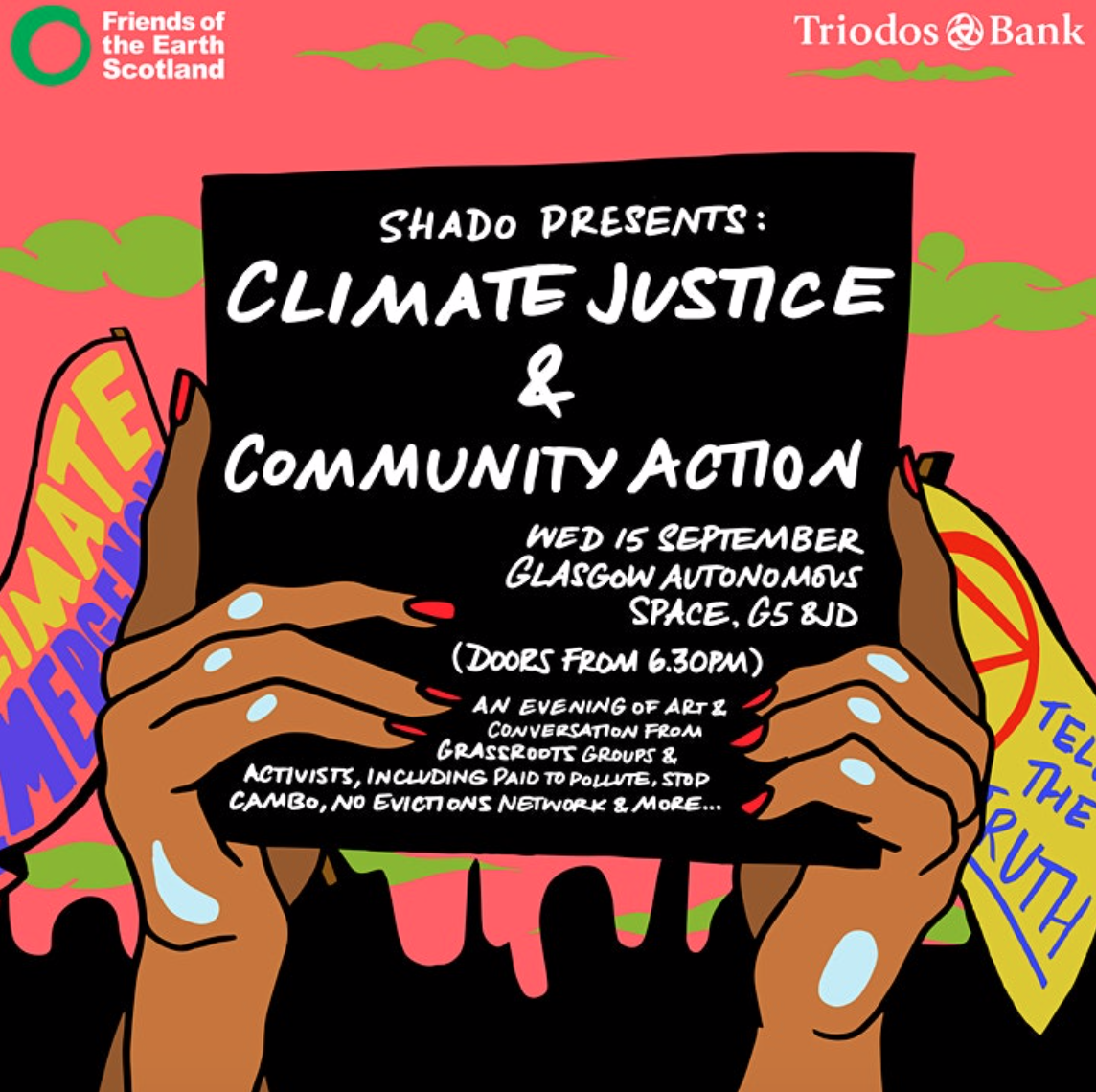