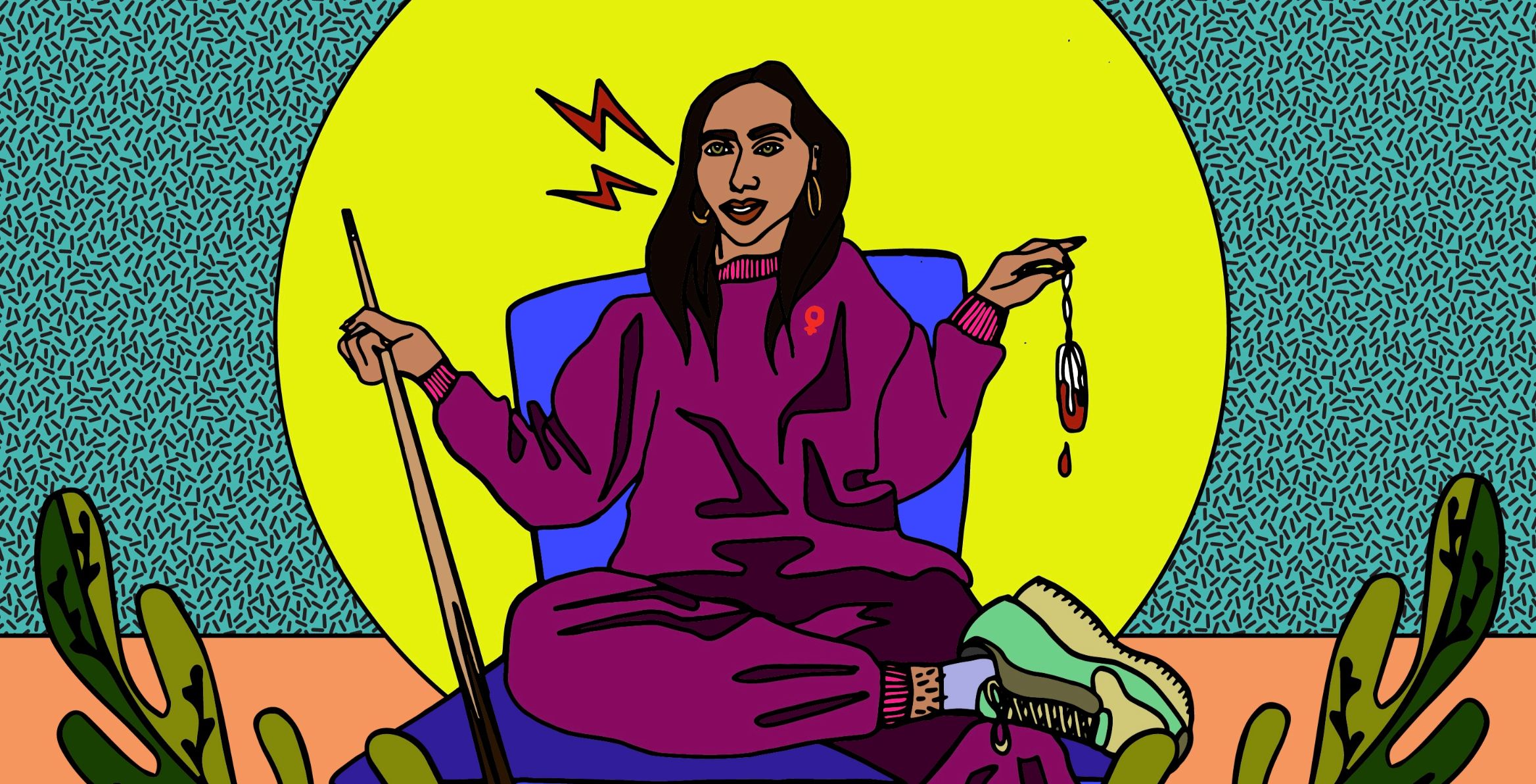 Picture the scene. It’s pouring with rain in East London. I’m cycling down Dalston Kingsland to meet my best friend and her family at the local mosque for Friday prayers. Full disclosure before you settle in to read this story – my visits to the mosque are a rarity, so I don’t want to say the following story is representative of all mosques in the UK.

On arrival, we face the first hurdle of what should be a simple trip. The women’s section is closed and after a few very dodgy looks thrown our way, a man rushes over and shows us to space we can go. We follow him through a door, to find ourselves in a stairwell. An actual dingy, dark fire escape. Call me fussy but I didn’t picture myself cycling 20 minutes in the rain to pray in a space like this.

After the prayer, we forgive what was probably just a mix-up and head back into the foyer to wait for my friend’s male cousins who are praying in the main room.

Cue the second hurdle: we’re standing in the foyer for a good two minutes before the same man rushes back over to say: “Sorry sisters, I’ve received a few complaints. Please, can you wait outside as you’re making some of the men feel uncomfortable.”

After some initial anger, this reaction to my presence got me thinking. This is just one circumstance, but many women from all backgrounds can feel their existence has the power to make men feel uncomfortable in many scenarios – which can lead to the policing of our actions, speech and movement. To continue this thought, I struck up conversations with some of my family and friends to see how else our existence can cause discomfort around men in different situations. In no particular order, I give you: The beginner’s guide to making men feel uncomfortable – five easy steps.

If you want to talk about your period – please talk about your period
Not all women have periods, and not everyone who has a period is a woman, but this was something that couldn’t be ignored and was raised with almost everyone I spoke to. From being asked to move tampons from an office desk to making up unnecessary excuses to our bosses as to why we might need a morning off once a month, the completely natural cycle that many women experience monthly still gives some men the heeby jeebies. I guess it’s not too surprising when our ten-year-old selves are separated in primary school for exclusively girls to be given the “period talk” and boys are… actually, to this day I’m still not too sure what it was they discussed.

Wear whatever you want
Clothing is another classic way to police women’s bodies. Wear too much and we’re oppressed, don’t wear enough and we’re asking for sex. Fashion is a minefield! Growing up in a Muslim family, I’ve had many disputes with my mother about what outfits are suitable for visiting my conservative grandparents and this is a problem that stretches to many other spaces. Chatting to my cousin, she told me about how leggings were banned from her non-uniformed sixth-form because it made her men teachers (you guessed it) uncomfortable.

Challenging gender norms
I’ve been told off for not sitting “ladylike”, been told by my grandma that women should be seen and not heard (I really wish I was joking) and that polite men should offer to pay for the first date. Do anything that wasn’t appropriate in the 1950s and it seems you’ll probably still offend at least one male in a one-mile radius. From women proudly owning their unshaved armpits to sons wearing princess dresses instead of Spiderman outfits, anything that challenges traditional gender norms can trigger a whole lot of discomfort from all the men who would really like to keep things as they are, thank you very much.

Be better than men
I have recently been a regular on the pool table – a space that, in my experience, has normally been dominated by men. Call me smug, but my talent has definitely improved from worst in all of history to a bit below average, so I jumped at the chance of suggesting a date at my local pool bar – and won! Relaying my successful date to friends later, a man in the group looks confused and says, “but boys don’t like it when girls are better than them.”… Perhaps a helpful explanation into why the CEOs of 93 of the 100 most powerful companies are men.

Call cat-callers out
After I was cat-called twice in the space of a few minutes, I decided my next tactic would not be my usual (ignore them and continue my day slightly disgruntled and self-conscious). Instead, I was going to call them out. Not with anger but by taking a leaf out of Deborah Frances White’s book, who on the Guilty Feminist podcast said she simply stopped, looked down at the offender and said pityingly: “that’s not cool.” Why did she say this worked? Simple, everyone wants to be cool. On trying this, the response from said cat-caller was a bumbling apology and awkward side shuffle away.

So, in conclusion, people of the world. Follow these simple steps to make men feel slightly uncomfortable. Walk into spaces women aren’t welcome, talk about your periods among your peers and wear whatever you like. Nothing I’m saying is revolutionary, but these small everyday steps of creating some initial awkwardness from some of your less-woke male peers will hopefully mean you’ll be chipping away at some long-standing sexist norms – and that can only be a good thing.