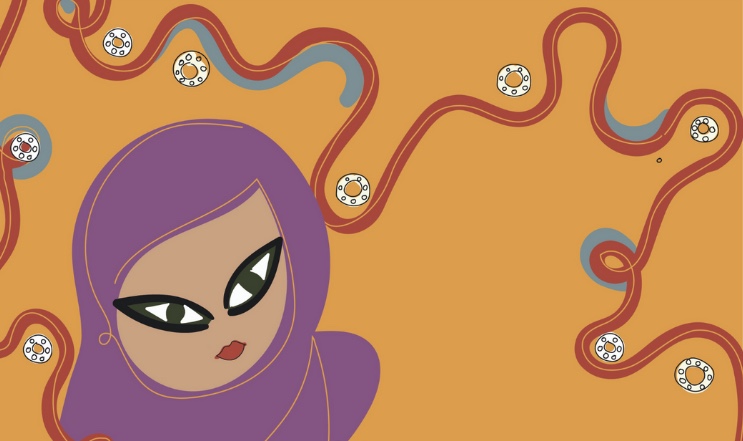 Democratising the stage: an introduction to Lemon House Theatre

Willow and Different Sand, two new plays not to miss

shado sat down with Jennifer Cerys and Samia Djilli, the Founders and Artistic Directors of Lemon House Theatre, to find out more about their upcoming shows, Willow and Different Sand and interrogate why it is so important to be using theatre as a tool to platform untold and often unrepresented stories. The shows open this weekend at The Bunker Theatre.

Can you explain the meaning behind the name ‘Lemon House’ Theatre?

J + S: We choose to have ‘House’ in the name as we want the company to be a community hub where creatives feel free to take risks and experiment, with development & support of artists being a key part of what we do. And ‘Lemon’ is because we wanted something vibrant, as theatre shouldn’t be stagnant or passive. Instead, we want to create work that’s experimental in its form, involving the audience and continuing the conversation off stage.

Do you believe that more work needs to be done to democratise theatre and to make it more representative, both on and off stage?

J + S: Definitely! We’ve found that theatre can take itself too seriously sometimes and that creates the impression that it’s only for a certain type of person – typically male, white, middle class and able bodied (and that goes for both on and off stage). But we’re starting to see new theatre companies being formed that are creating work that challenges this. We’re not asking for permission anymore, we’re just taking up the space.

How did you both get into theatre?

J: I have always loved writing, but it was usually prose. I didn’t realise that you could write plays without having gone to drama school and studied it. But I have a disability and got quite ill a few years ago that meant I couldn’t work for a little while. I moved back home and in between health appointments, I wrote to distract myself. I came across the BBC Writers’ Room and saw that the theatre company Writers’ Avenue were calling out for short plays. I had always loved watching plays but didn’t know how scripts were formatted, so I just read a load and then had a go myself. I ended up getting a short piece included and I’ve just kept on writing and producing theatre since then.

S: I always loved stories, but didn’t really know you could make a career out of it. It was only after dropping out of my Psychology course to study creative writing that I realised I wanted to work in theatre. My dad, being like most immigrant parents, wanted me to take the more practical route and wasn’t the happiest when I went to study an arts degree, so I felt like I needed to prove to him that I could have a career this way. So it was really through a love of story and perseverance.

Samia – as the writer of Different Sand, a drama centred on two sisters with very different ways of life, could you tell us a bit more about your motivation to address what it means to come from two cultures within the same family dynamic?

S: Growing up mixed English-Algerian, I always felt a little out of sorts. I never really knew where I fit in, and didn’t particularly feel I had a community. It left me with a lot of cultural loneliness. Coming from two cultures within the same family, means having two identities. It’s like code-switching, accept with your own parents. Getting into writing allowed me space to voice this and really explore myself and my heritage.

Different Sand is a play about Amira and Linda two British-Algerian sisters who have different outlooks on life, with Amira feeling much more attached to her Algerian heritage, whilst Linda mainly identifies with being a Londoner, but craves acceptance from her Algerian side. It’s a comedy/drama about sisters at its core, that will hopefully allow the audience a clearer understanding of what it’s like to grow up mixed race Algerian. My motivation was really wanting to see this kind of story on stage. Never in my life have I see a British play about Algerian women, and I thought it was about time! 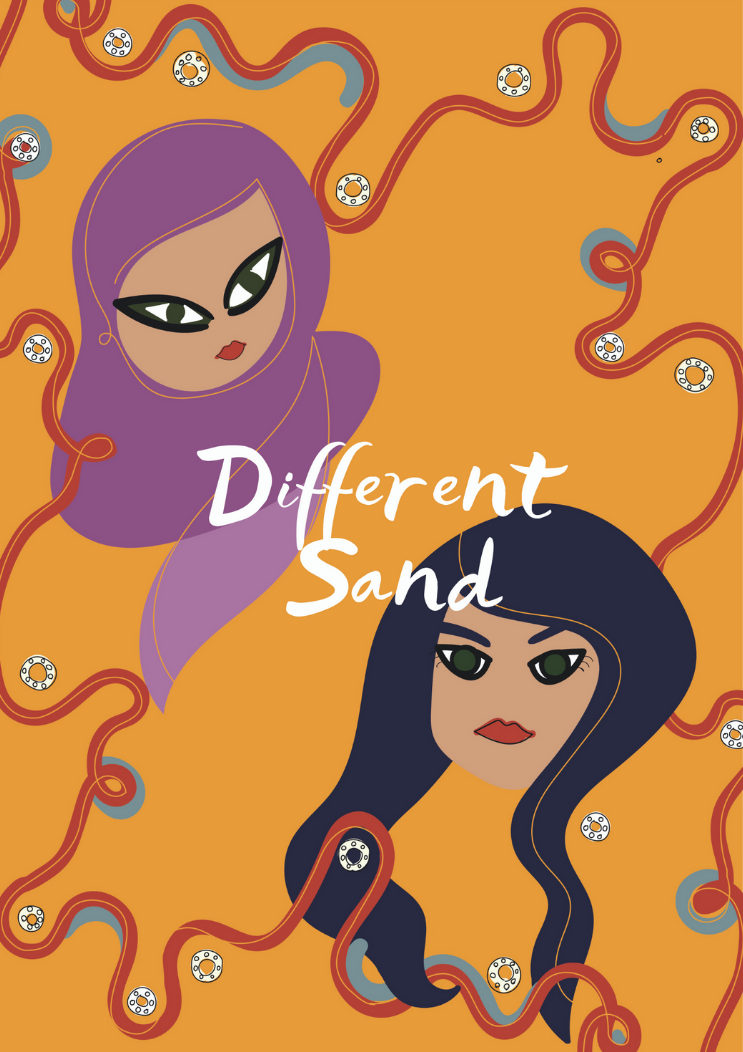 Rather than waiting for theatre to open its doors to more progressive and representative shows, you carved out your own space within the industry. Do you hope that mainstream theatre will catch up and how does this get achieved?

J + S: You can definitely tell that the change is coming from fringe theatre and theatre companies, and this is starting to put pressure on bigger West End spaces to change – though progress is still slow. We need to look at who’s programming work, as if the people working in theatres all come from the same background, all the shows they’re programming will be the same.

Bringing more voices into theatre has to happen at every stage, from writing to tech to the actors on stage.

It creates much better, and much more varied, stories.

Jennifer, as the writer of Willow, a play which explores the relationship between two women, Gabi and Lottie, – can you tell us a bit more about the themes you are hoping to address and what you hope the audience takes away from the plotline?

J: Queer theatre typically involves a lot of struggle – queer people facing abuse, struggling to come out, and it can actually be quite traumatic to watch as a queer person.

I definitely still want these stories staged, as they’re part of queer experience, but with Willow I wanted to bring in more themes to queer theatre – themes of love, heartbreak and friendship.

The play doesn’t ever make a point of saying that these are two women and therefore it’s queer theatre – I didn’t want to have to justify it. So I hope that when the audience leave the show, the fact that the play involves two queer women won’t be the main thing from the plotline they take away – it will hopefully instead make them look back on past relationships and how they judged them, and whether there really is two sides to every story. 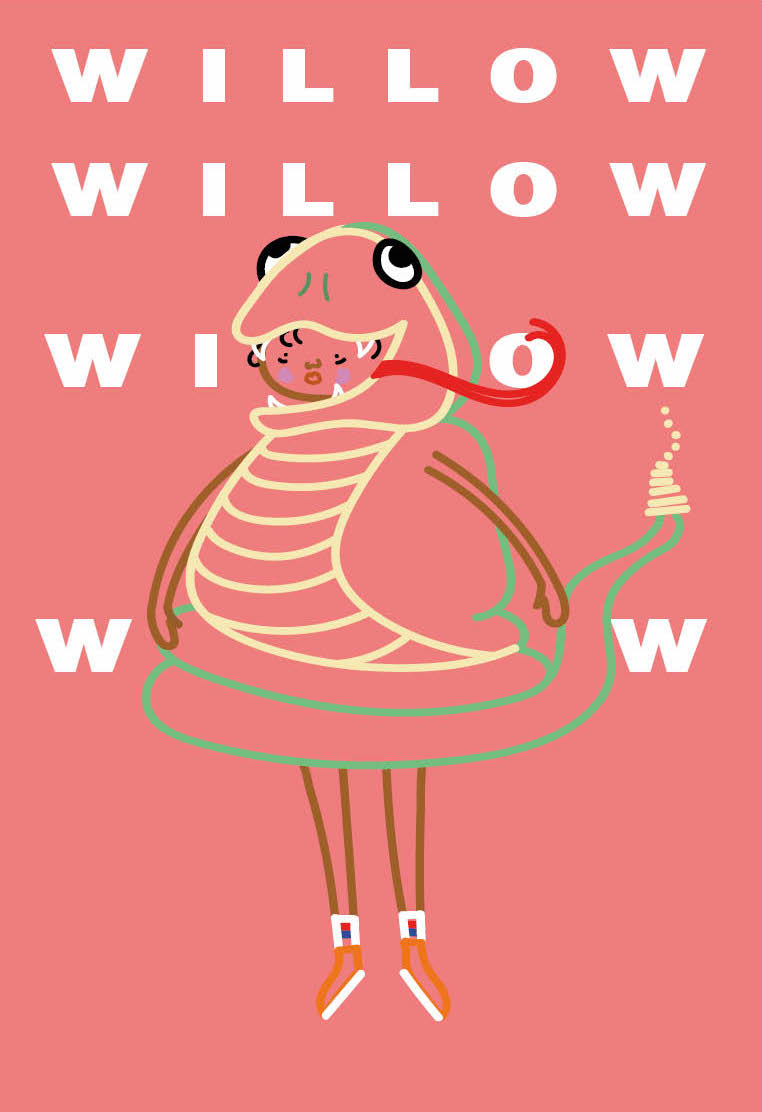 As a platform that is rooted in self-narration we think it is so important that you have been committed to an all queer cast for Willow – is this something you feel is largely missing from other forms of mainstream theatre?

J: There’s been a lot of debate around straight actors playing queer characters, and I do think that straight actors should be able to play queer characters – but only when the playing field is equal. 25 actors have been nominated for playing queer roles, but none of these actors are openly queer. My community’s been fighting for so long (and continues to fight) to get our voices heard, and it’s great people are finally listening to our stories, but they don’t seem to want us to tell them. Getting to work with a queer cast has been amazing, and made the story so much more authentic – it’d be great to see more of it.

The idea of home is a central theme in both plays – can you explain a bit more about this focus, and in particular what conversations around home you aim to open up?

J + S: When women in the home are shown in mainstream media, it’s usually in a very patronising way. We wanted to celebrate women in the home for how funny they are. Some of both of our best memories are with female friends or relatives on our sofas, telling stories and having a laugh – we wanted to bring this atmosphere into the theatre.

There’s also often a pressure that theatre has to tell huge stories with a thousand plot twists and giving some comment on our political system. But both of these are quiet stories about relationships (one a sister relationship, and the other a romantic one). We want to show that the domestic has just as much a place on the stage as a big political thriller.

In each of your opinions, why was theatre such a powerful and important medium for expressing some of the themes you hoped to address?

J: Theatre’s unique in the relationship you get with the audience – it means the show changes every night. As a theatre company, we want to celebrate this conversation between the artist and audience. That makes theatre an amazing art form to use to build connection, which is a vital part of both of these shows.

S: I really struggled with how to narrow down the story, I had the characters straight away, but also had so much to say about them. With theatre, there’s this ability to cover 6 months of someone’s life in 60 minutes. I want people to watch Different Sand and understand the characters and the real people they represent a little bit more, and how better to do that than having two Algerian women act it out right in front of your eyes. 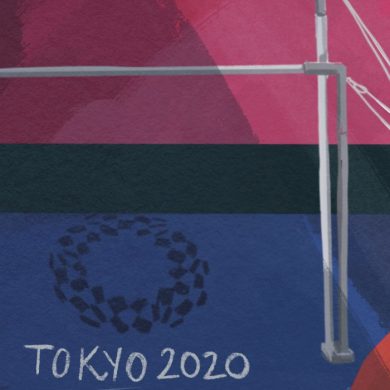