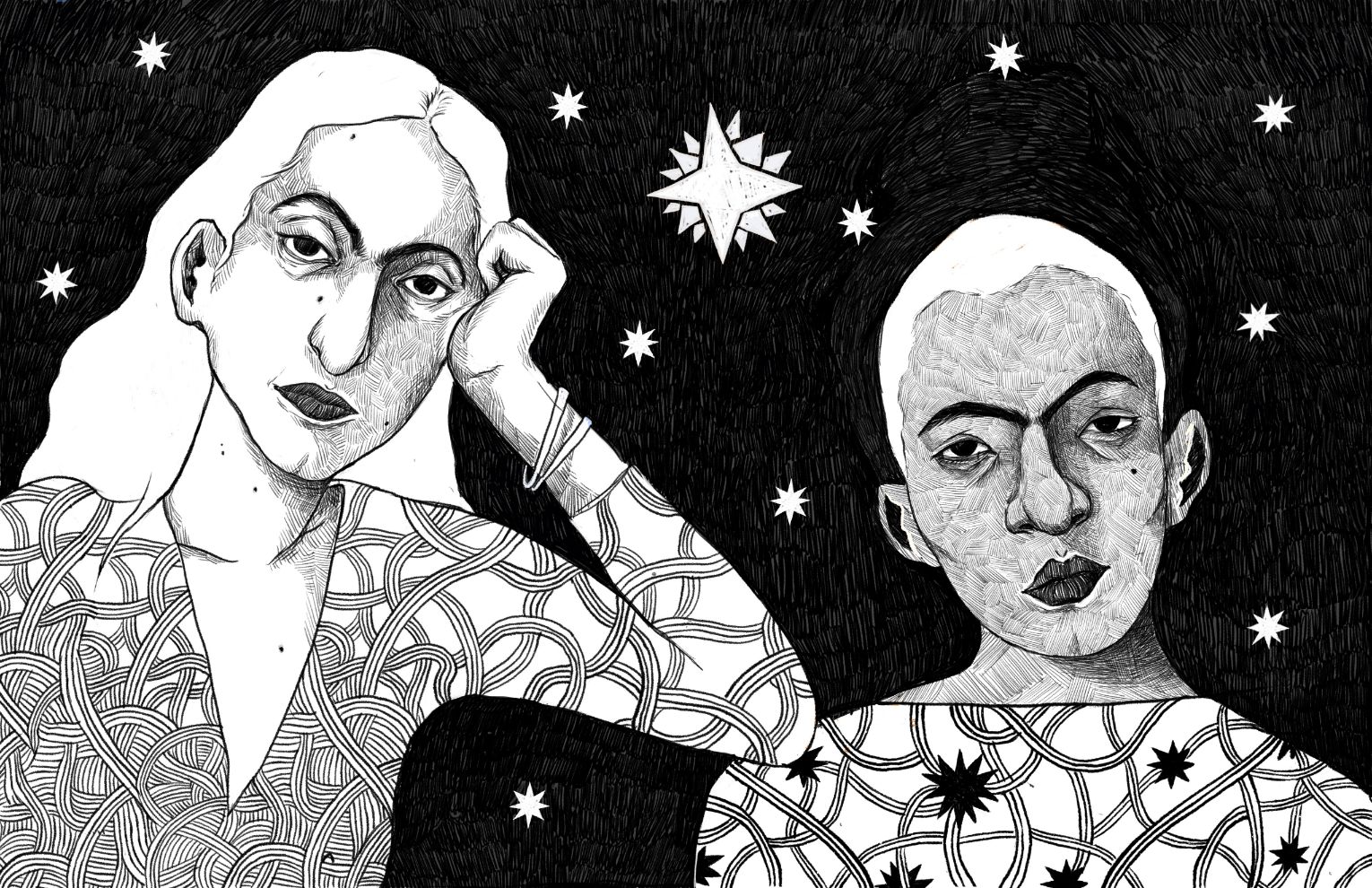 In conversation with Rama Duwaji

In this interview, shado speaks to Syrian illustrator and designer, Rama Duwaji about her aims as an artist. From the topic of mental health to the problems of misogyny and beauty standards, Rama talks openly about some of the key motivations in her work and the issues she feels strongly about addressing.

How have your own experiences and identity influenced your work and approach as an illustrator?

My sense of identity is ever evolving and changing, and along with it my art. The content of my work is always heavily influenced by the different stages in my life, the people I meet, the things I’m learning, and the things I’m either going through or have gone through, mostly as a way to process it all.

Does your experience of living in the US influence your work?

Definitely. I started taking my art making seriously around the time I moved to the US, which was 3 years ago. I went through a lot of changes around that time, so you can see huge variations in my art since then. I was living in the GCC for 10 years as the Amreekiya, the American (I’m fully Syrian, but I had lighter hair at the time, had ‘western’ ideas, and couldn’t speak Arabic as fluently), but when I got to America I
realized I definitely was not really American in the typical sense either, I just couldn’t relate.

My sense of identity took a hit so I think I kind of clung to my Middle Eastern identity, whatever that is. It’s not inherently Syrian nor Emirati, but whatever it is, it definitely influenced my work in a major way. I started exploring themes of nostalgia, and things that symbolize what it is to be Arab. I went through some cliches and definitely veered on self orientalism as I explored different visual motifs, but eventually it led to my work today. The radical acceptance of my culture stayed the same, now in the form of exploring body acceptance, embracing features that don’t comply with Eurocentric, conventional beauty standards and unpacking the stigmas of mental health in our communities.

There is arguably a white-centrism to the topic of mental health. How do you address the disadvantage this causes for women of colour through your art?

There are so many setbacks for specifically women of colour in wellness and mental health space; from not having access to as many resources, to not always having a community to openly discuss mental health. There’s also the very real issue of actually finding a therapist that best suits them. Many women of colour I know prefer to speak to a therapist who is also a fellow woman of colour, one that can truly understand/unpack their experiences and not have them explain themselves. Unfortunately, such therapists are hard to find in a very white washed industry such as mental wellness.

So far, in my own art, I’ve been illustrating things I’ve experienced/learned as a way of processing. I’ve done a few comics on the topic like Razor Burn, about body dysmorphia and body hair, and like Small Wins, a comic on learning to cope on low functioning days, but I’m definitely looking to expand on the topic of mental wellness through my body of work. At the moment, I’m trying to find a balance between talking about my personal experiences vs having a range of perspectives/experiences shown through my art without telling other people’s stories for them.

What are the biggest stigmas still surrounding mental health and how to you hope to address these in your work?

Mental health and talking depression and anxiety is still pretty taboo, especially in Middle Eastern communities, which I say based off of my own personal experiences. Unfortunately, many people brush off mental health issues are either fake or just a phase, and so many people don’t get access to help. I think there is also definitely a need for people to unlearn the shame and guilt that is associated with the word ‘therapy’. Its actually a privilege to be able to afford time and money to finding a good therapist to help you. Yet I
know a lot of people who fear the stigma attached and wave off therapy saying, “I’m not that bad”, so there’s a clear need for a change in the discourse around mental health. The perception is slowly changing, but mental wellness is definitely undervalued/underrated as a necessary type of wellness
to focus on.

So yeah, to answer your question the goal is definitely to normalize it and to try to open up conversations about mental health through my art. I think I’ve only just begun to explore this subject, its something that has a lot of layers to it, so I have a lot more in store. I’m looking to take a course on mental health to learn in depth about the ins and outs of it, and how to help unlearn the stigmas around it. I also want to create more easily digestible content on mental health awareness, especially for a younger audience.

Your work tackles other social issues such as beauty standards and misogyny – what do you think are some of the biggest problems faced by women, and especially women of colour, in relation to these issues?

I think there has become more awareness about misogyny and beauty standards to some extent, but the issue that women of colour are facing is not having the platform to actually be a part of this conversation, despite facing different if not harsher setbacks of not only misogyny but racism and classism as well. I think the discussions going on have been primarily in white spaces online or IRL, so there’s definitely the need for passing the mic to women from different races and socioeconomic backgrounds.

What do you hope the viewer gains from your work?

As a young Ghanaian LGBTQI+ rights activist, this is why I’m against Pride in my country

I think I’m done pinpointing exactly what I want people get from my illustrations. I hope my illustrations make people feel good. I hope my illustrations make women of colour send them to their friends and say “hey cute she has the same nose as you” or “look, it’s us”. The goal is to dismantle beauty conventions, but also its more about the individuals who interact with my work, and their slow but steady growth as they see more unapologetic women of colour in media. I think as more artists/designers/filmmakers aim to represent a diverse range of people in their work we’ll hopefully normalise unconventional beauty standards for children and women alike.

Can you tell us a bit more about a) Razor Burn, your upcoming graphic novel and b) More Than, your recent solo exhibition?

So Razor Burn is a comic I worked on last year, its a 32- page silent comic I illustrated about a girl struggling with body dysmorphia as she goes through high school. She’s insecure about things like arm hair, her nose and acne and the comic shows her journey of trying to accept herself for who she is. More recently, I had a solo exhibition in the US called “More Than”, it was a small space where I exhibited some of my more recent pieces, including my Inktober series, of which I drew 30 women over the 30 days of October. It was a really great experience, and a little surreal seeing my pieces up as physical pieces on
a wall rather than through my iPad screen, as I work primarily digitally.

Who are some of your biggest female influences at the moment who are using their voices/talents to switch up narratives around social justice issues?

Recently I’ve been following Greta Thunberg and what she’s been doing. She’s 16 years old, and is making great strides about awareness about climate change and its urgencies. I’m really inspired by how unapologetic she is in letting people know the hard truths, despite the amount of people who don’t take her seriously because of how young she is. Someone else who’s been an amazing influence, specifically in unlearning and decolonizing our mind-sets about mental health has been Lauren Ash. She’s one of the co founders of a page and podcast called Black Girl in Om, where she starts conversations about mental health in the black community, the setbacks they face, whether it is internally or externally. Lastly, Ashley Lukashevsky, an amazing illustrator and designer. She’s killing it at the moment with how she uses her vivid illustrations to shed light on important issues like equal pay, incarceration and immigrant rights. 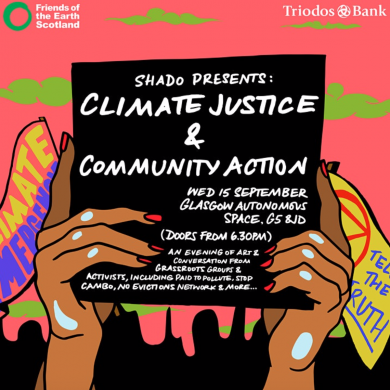