Fortitude: The documentary providing an open dialogue of the Black British experience

Mario Washington-Ihieme in conversation with Andrea Thompson and Ron Timehin

“I’m not alone, and that’s one of the biggest things that Fortitude (and the impact it’s caused) has taught me. It’s for people of colour, to acknowledge that we’re not alone and that it’s not all in our heads. This stuff is real, and we’re in this together.”

Ron Timehin, a professional photographer, director and producer based in London, is still turning heads months after his documentary short Fortitude was released to the public on WaterBear, a free streaming platform dedicated to the future of our planet. Featuring a range of Black voices including Andrea Thompson, Editor-in-Chief of Marie Claire magazine, the film takes a personal dive into the experiences of 20 Black Britons. I interviewed them both, to discuss the inspiration behind the documentary and its implications as we enter into ‘post-pandemic’ life.

First of all, how have you been and how have the last two years (going on three) been for you?

Andrea: I think the pandemic has intensified a lot of what’s being going on at every level of society. What’s essentially come out from this period is a conversation. I think that people began to really talk about race more openly, and Black people began to share some of their experiences in ways they hadn’t before, and many people are forced to confront just the extent to which prejudice exists in all areas of life. This documentary highlights the added stress that Black people face simply by being Black in the UK, and light was really shone on this during the pandemic.

Ron: I’ve generally not been too bad. I think what I didn’t expect was this aftermath we’re experiencing in the transition out of COVID-19. I hadn’t given myself the time to process what we’ve all been through, with the pandemic and then with the Black Lives Matter protests and everything that was happening simultaneously.

So, it’s taking me a bit longer to get back to normality. I think just taking that time to breathe and assess what’s happened has helped mentally. And I’ve definitely learnt a lot about myself during this time.

If you could talk to your younger self about what you know now about navigating Blackness in the UK, what advice would you give them?

Andrea: Have the confidence to be yourself. When I was climbing the career ladder in my 20s, I spent a lot of time pretending I was somebody else and trying to fit in – and I think that works only to a certain extent. It’s very common for people to do this in the workplace, but I think internally it causes a lot of stress. If I could speak to my younger self, I’d say: find allies in the industry, follow your own voice and your own path.

Ron: I’m a massive advocate of education. Ignorance causes a lot of racism. And so I would say: just try and educate people who don’t understand. The second piece of advice I would give is that some people don’t want to learn, which is something I’ve learned through Fortitude.

I’ve learned to just be patient and to not get angry. At the end of the day, they are the ones who are losing out because they’re missing out on a wealth of culture and meeting incredible people. So yes, I’d say surround yourself with like-minded people who are willing to learn. And be proud of your heritage, you should be.

Ron, what motivated you to produce this documentary and to set it up in a conversational format?

Ron: It happened really randomly. I immediately wanted to go to the London protests that were sparked by the murder of George Floyd in the US, not only to show my support but also to document it as a photographer.

I wanted to capture this moment in history, and it was while I was there thatI bumped into quite a lot of people that I knew. One was Misan Harriman, and another was Matt Rendell, a videographer who I’ve worked on numerous projects with.

And so right there we said, look, we don’t want this just to be a fleeting moment – we want the conversation to continue and to expand. So we decided to make a documentary and Matt was co executive producer – and that was literally how it happened. The planning process was fairly quick. I think we had a clear vision in mind. We just wanted to give people of colour a space to speak. It wasn’t agenda-led.

Andrea, why did you agree to take part in the documentary?

Andrea: I said yes because I really thought that Ron and the teams’ approach was so sensitive. They were a mixed team with lots of different types of people; folks of different ages and races. They were all really good listeners and had a very sensitive way of tackling the topic. Perhaps most importantly, the team all approached the documentary without an agenda..It wasn’t set up with a particular storyline. It was just, “we want to hear your voice, we want to give 20 Londoners a mic and hear from you” – and I think that’s what really came through.

The experiences mentioned in the documentary are shared amongst many Black people in the UK, and are sensitive topics that can leave mental scars. How important is it for these stories to stay in the ether?

Ron: I think that the truth hurts, but healing can only happen through honest conversation.

With Fortitude it was strange, because the focus of the BLM protests was on race in America. There’s this ideology that the British aren’t racist. But it’s a very different type of racism here. It’s insidious and it’s undercurrent, right?

And so, Fortitude was meant to highlight this. Essentially, the documentary is aimed at two different demographics: it’s for Black people, to show them that we’re not alone, you’re not going crazy, this is real. And the other is people who might not know anything about race, to educate them on how it affects people. How racism isn’t just about overly aggressive things like calling somebody the n-word or attacking a Black person on the street.

Andrea: What’s really important is that people outside our community are given the opportunity to see just how much their colleagues and their friends have been up against on a daily basis. That’s what films like this are about.

You might not realise exactly the internal struggles that Black people go through as part of just climbing the ladder or going about their daily business. I decided to open up about a lot of things that I hadn’t before, and colleagues and people who I’ve been friends with for years said to me, “oh my god, I never realised that was going on.”

Andrea, in your segment of the documentary, you and another interviewee highlight the experiences of being a Black woman in the workplace. They highlight the glass ceiling effect that Black women reach in their career. Given that this particular issue has become even more prominent than ever before, have you noticed any responses to this in the cultural and creative industries? Is this something that can or has been addressed?

Andrea: From my point of view, definitely in the media industry, there’s been a bit of a shift. You can now see more Black talent getting to the top.

However, there is so much work to be done, because the machinery of the media industry and the bulk of media roles are still filled by the same people. Progression in this area is too slow. There needs to be more involvement in the recruitment process, outreach to schools and colleges in getting people through the door. But then once people are in their roles, we need to actually help Black talent progress and feel part of the framework of the company, rather than the anomalies.

One of the interviewees in the documentary talked about how he’s perceived on the street and talks about the experience of a woman crossing the street as soon as she sees him. Clearly the media still plays a significant part in how Black people are represented and consequently perceived by others. Given your experience as a photographer, do you think these perceptions are changing? How, and at what rate?

Ron: I definitely do see the change happening, but I also think there’s a problem with this happening in a fake way.

I’ve seen a lot of brands jump on trends to show that there is ‘representation’ of ethnic minorities, but it’s short lived. One campaign, and then they go back to their old ways.

More encouragingly though, I’m also seeing a lot of brands, companies and publications using people of colour a lot more, not just in mood boards, but actually using them behind the lens as well. This is where representation actually starts.

I would still like to see some more change and I think over time that will happen. What I would love to see is people of colour higher up in organisations.

I’d love to give a shout out to Sheeraz Gulsher. He’s built a platform called People Like Us and he’s amazing. He’s built this platform which hosts sessions within which they bring in people of colour who are doing really well in their field. These individuals do a presentation to a room full of about 100 CEOs, from different sectors. And people are getting hired on the spot off the back of those talks. It’s amazing.

What do you hope for the documentary to achieve as we begin to enter a new era of the pandemic, especially one where conversations like this are in the ether more so than ever before?

Andrea: I hope it keeps a conversation going. If it’s the first time that some people may have even thought about those things, I hope they now think about it when they’re hiring someone new. I also want them to pass that on to friends, sharing the word of what they’ve seen and really taking it upon themselves to do the work.

What do you hope for this documentary in the future to add to documentaries that highlight similar issues?

Ron: We’re in partnership with The Black Curriculum who are looking to bring more education about Black History into schools. So we’ve been talking to them about showing Fortitude to school pupils.

We also want to make sure we’re teaching that racism doesn’t just affect Black people. There are so many different nationalities and races out here that have their own struggles as well. And so my dream is to continue building a sort of video database of stories and information that can be shown in schools to educate young people on these topics.

That’s the hope and the dream: to have that conversation with people and to show the truth of our experiences.

Efforts to progress the conversation surrounding racial inequality and social injustices are becoming increasingly desired, and the only way to do this is through continuous dialogue. As these conversations remain prominent in British Society, interview-led documentaries such as Fortitude will be vital in amplifying, storing, and translating narratives into accessible and visually stimulating formats for all to see, learn from, and to refer back to.

And as creatives continue to pave the way to self-expression, consumers must follow through in cultivating understanding and moving the agenda forward through their own spheres of influence. At the end of the day, it’s a collective effort.

Fortitude is available for viewing on Waterbear 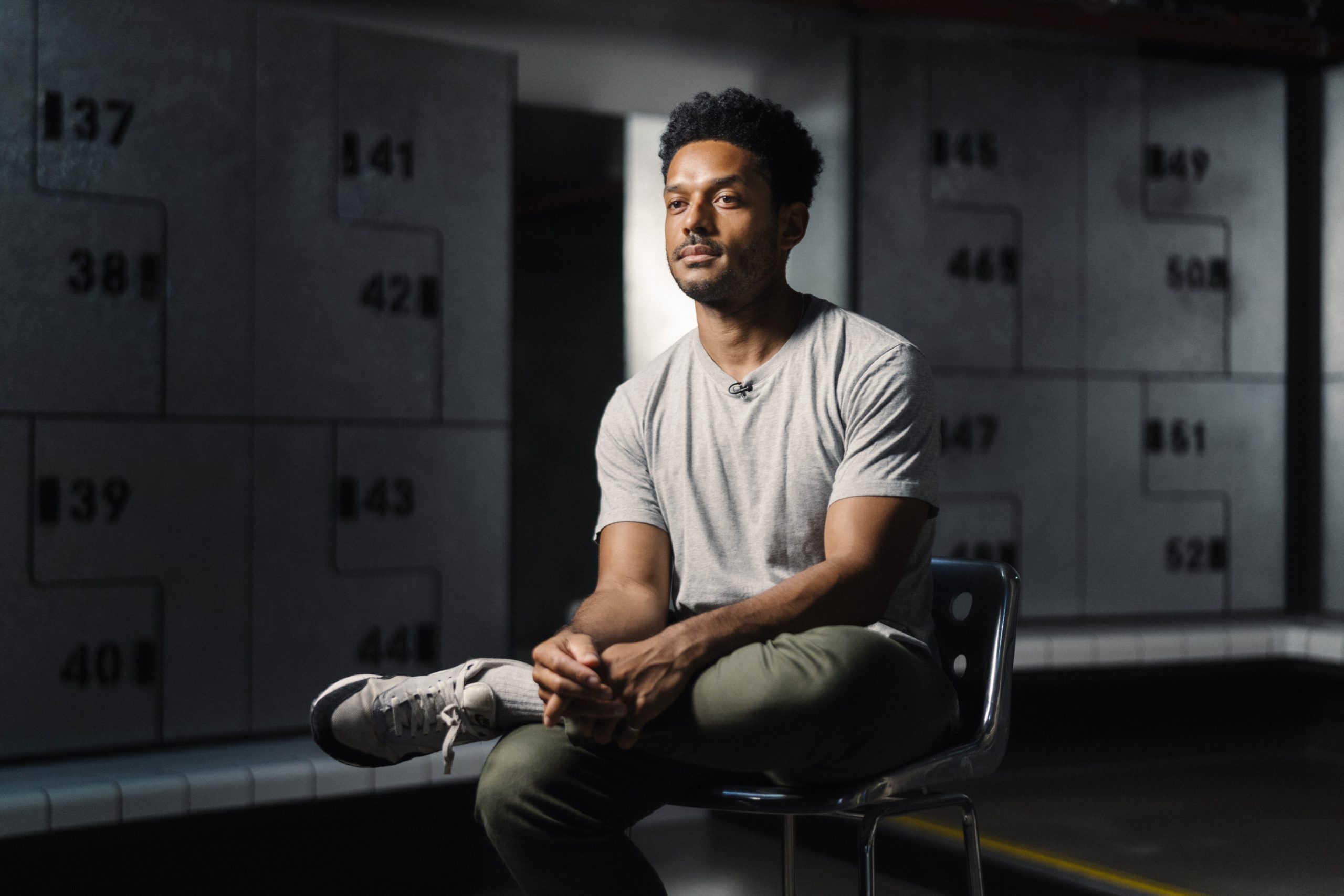 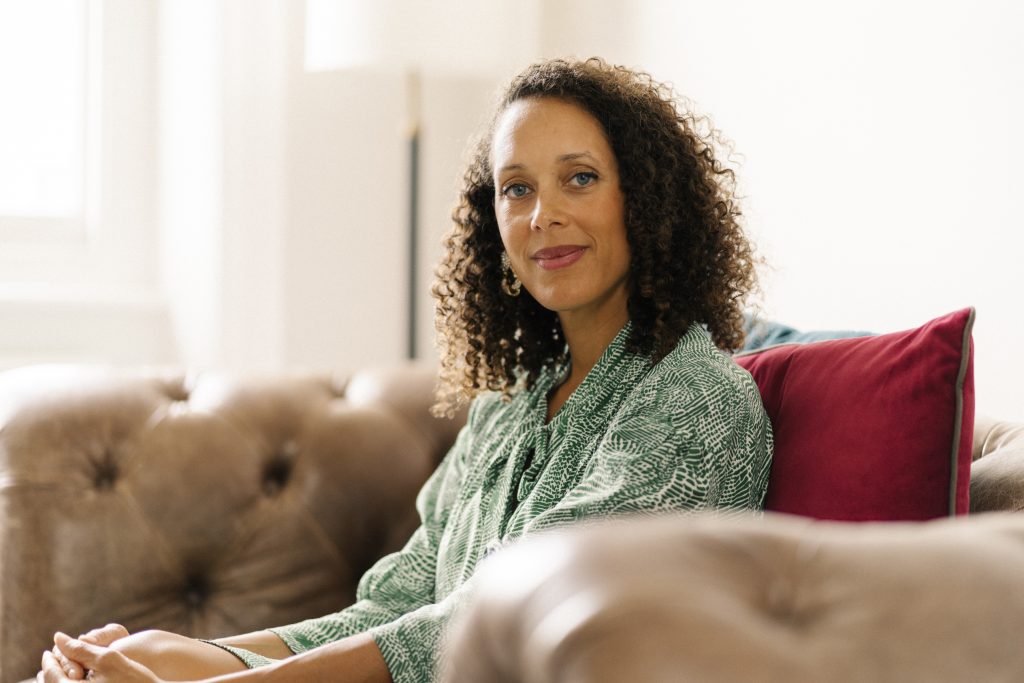 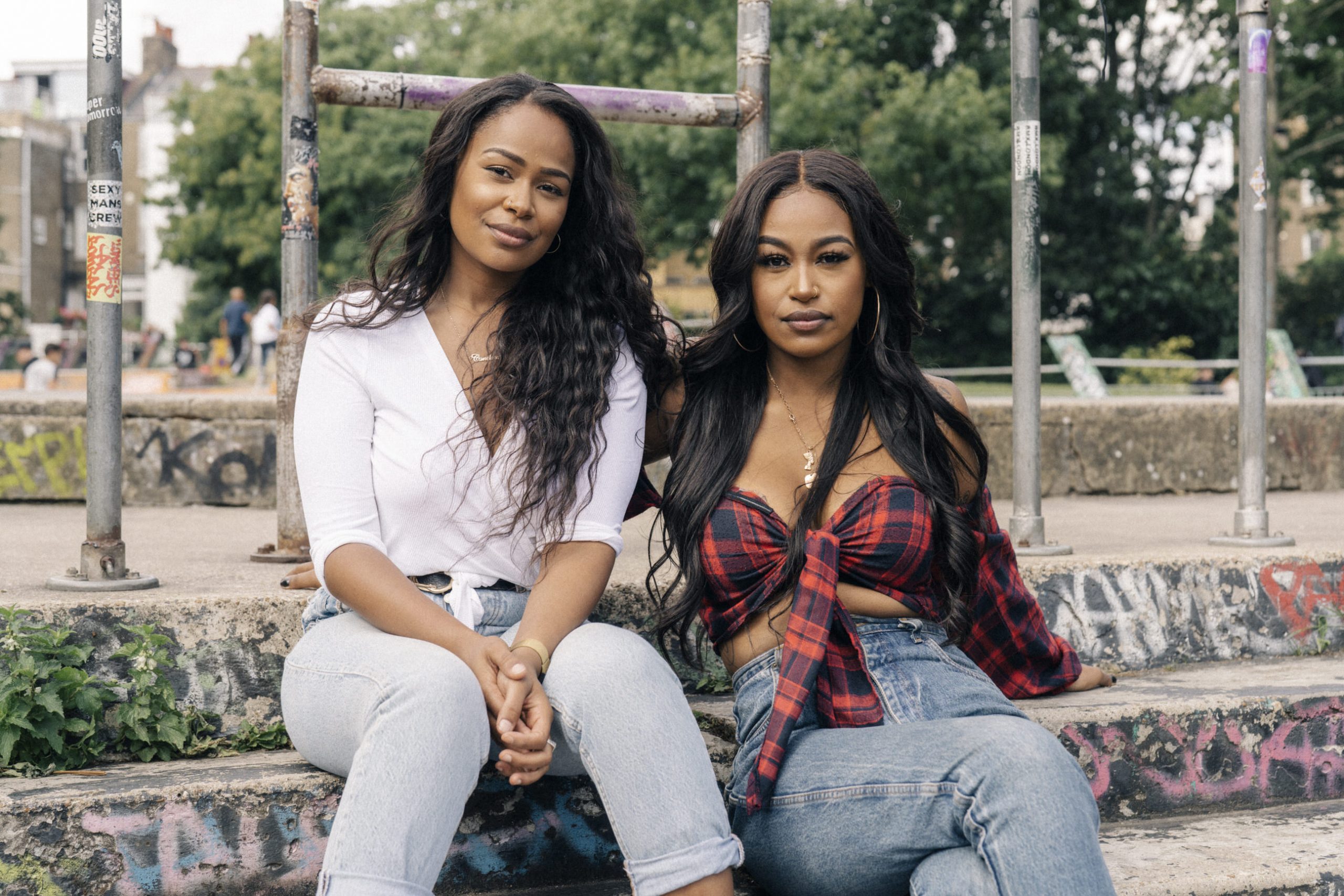 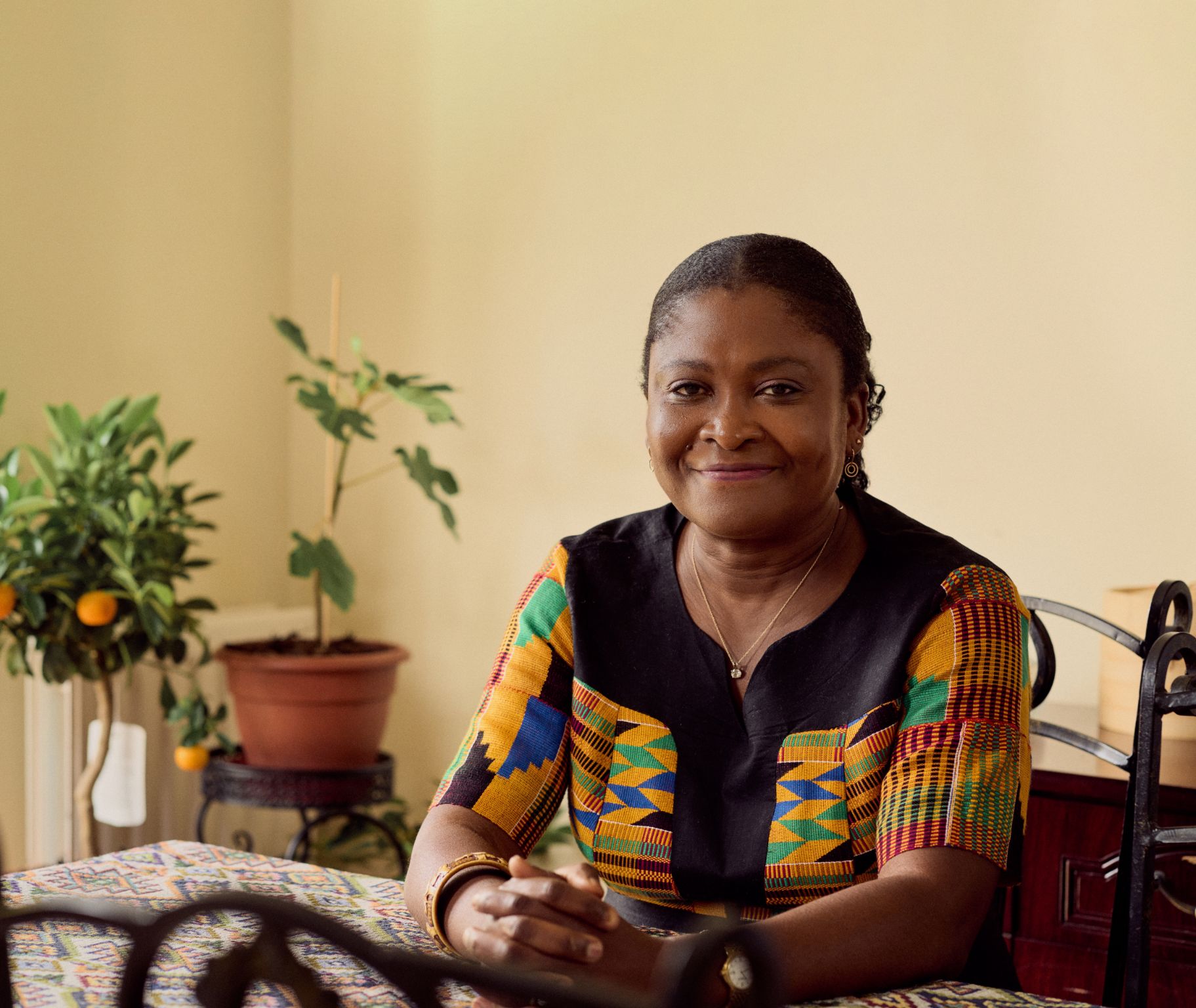 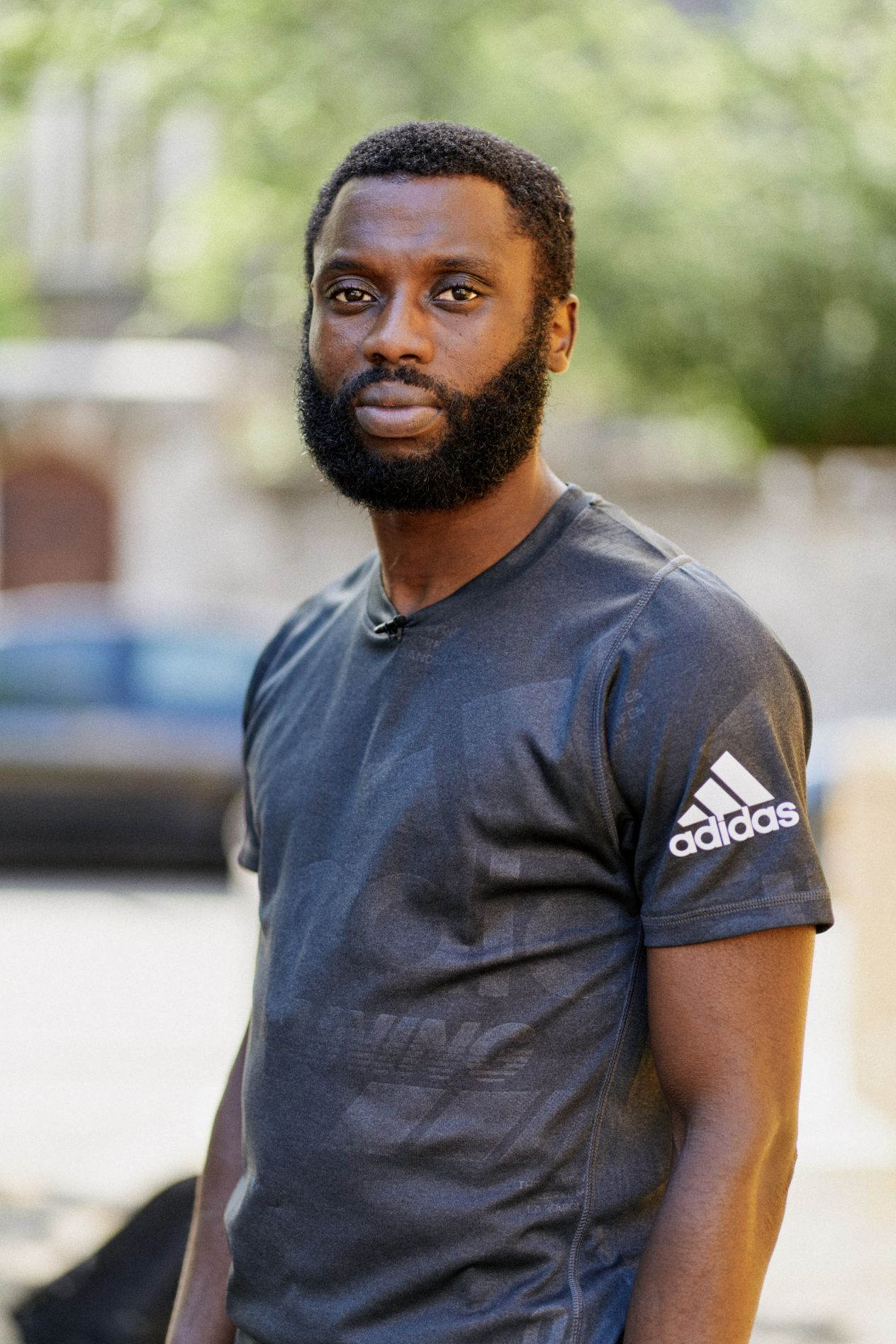 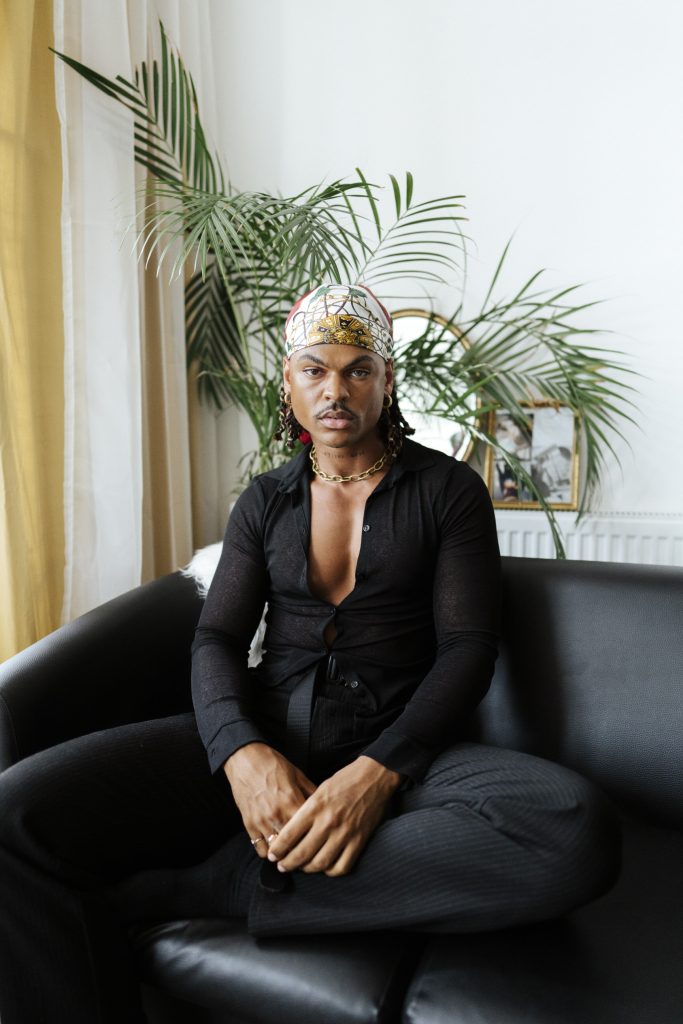 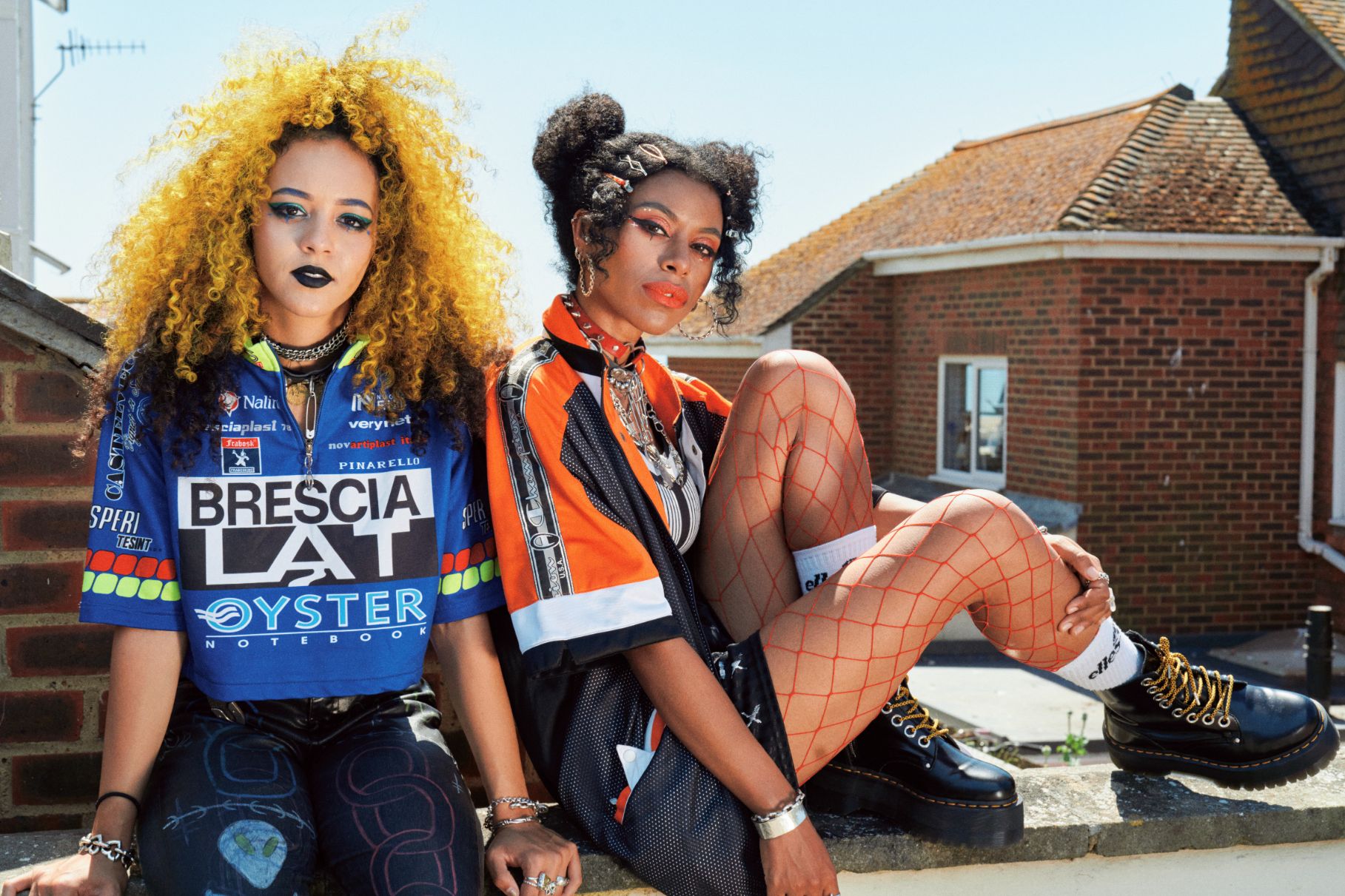 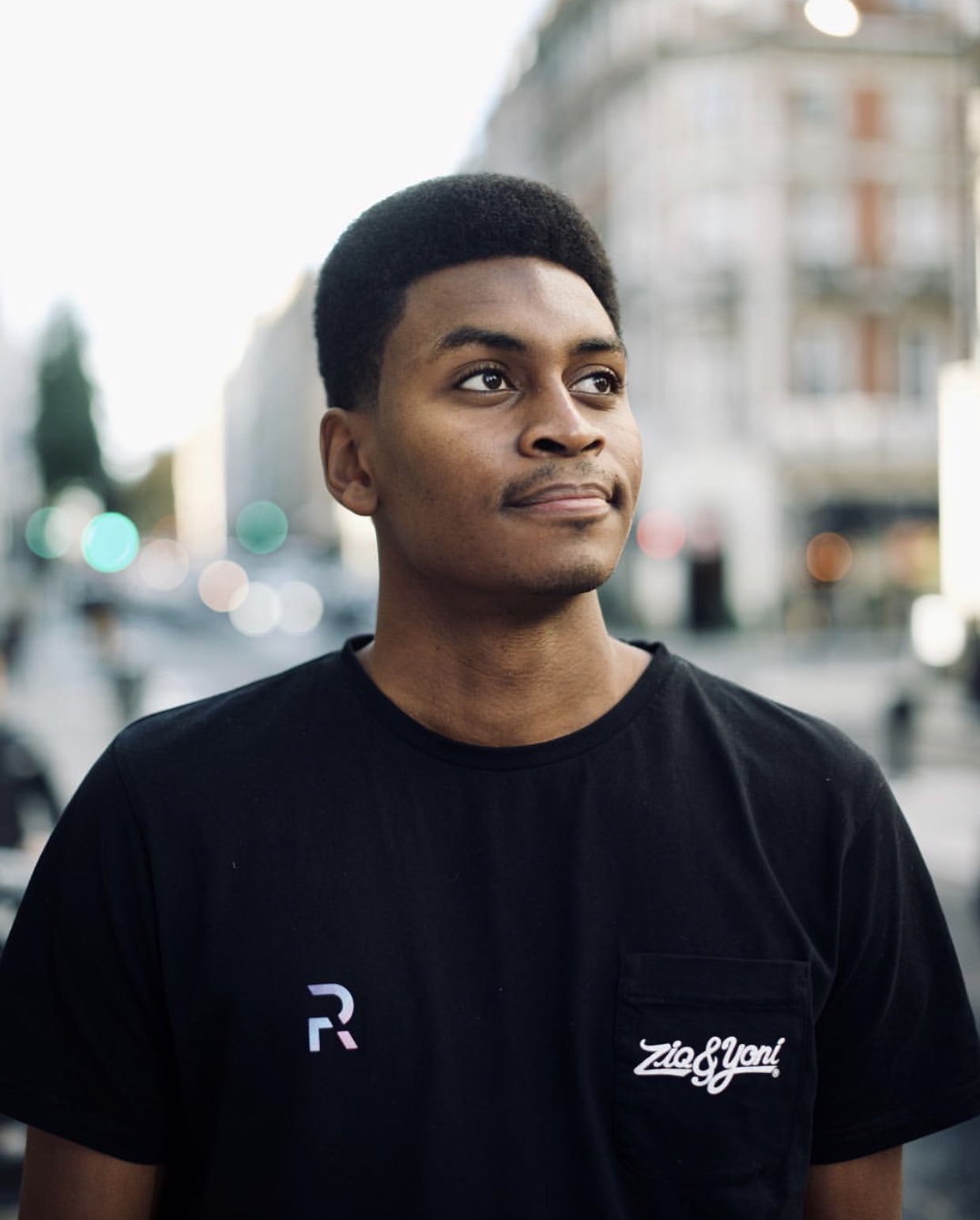