Moria is hell. Imagine fleeing prison in your country and arriving in a place that is worse than you fled.”

There is no denying that the Moria refugee camp in Greece was ever anything but hospitable. With an originally intended capacity of 3,000 people, the number of people living there reached over 20,000 people by December 2019, with increasingly unsanitary conditions and the spread of COVID-19 acting as a powerful reminder of the world’s inequalities. It still, however, represented a temporary home – but following the devastating fire which engulfed the camp last month, Moria camp lies in ashes and the lives of its residents have once again been thrown into turmoil.

The fire was catastrophic. But the question is, how did a place like Moria come to exist in the first place?

The answer lies in the EU’s deeply flawed response to forced migration. In 2016, the EU struck a deal with Turkey (known as the EU-Turkey Deal).

With the overarching aim of reducing the number of people arriving to Europe, the EU-Turkey Deal stipulated that Turkey controls its borders and takes back people that crossed over to the Greek islands. To implement this and facilitate their potential return to Turkey, Greece created a containment policy which meant people seeking asylum were unable to leave the islands before their asylum claims were processed.

It was out of this political settlement that Moria was born. Originally established as a temporary solution in 2015, Moria Reception Centre was soon to become a permanent fixture of the island’s landscape. And now, thousands of people have had their lives uprooted once again. 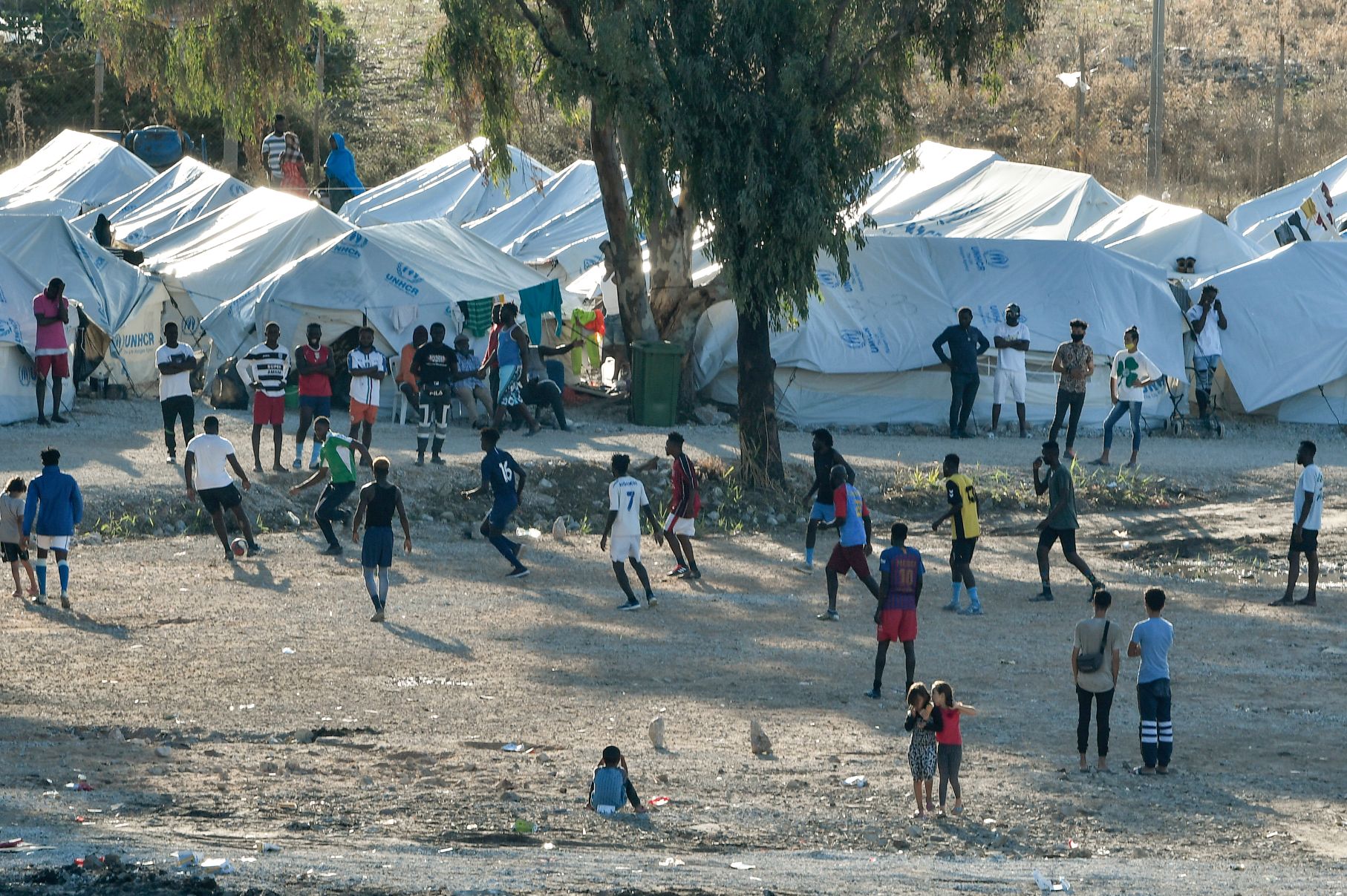 Whilst it was no surprise that residents of Moria were forsaken by authorities, the growing concerns amongst local people were equally ignored. At the time of the fire, with no sustainable solutions in sight, social tensions rose and the island felt like a tinderbox.

The fire in Moria should have been the catalyst for change. A moment for European leaders to reflect on the decision-making which had led to this desperate situation. There were promising signs of solidarity from European neighbours, with pledges to relocate the most vulnerable people from the Greek islands.

Yet history is repeating itself once again. The majority of Moria’s former residents have now been relocated to a new camp and, whilst works are ongoing to improve living conditions, at the moment there are no showers and electricity, stripping residents of basic human rights. More importantly, winter is coming and there are concerns about how people are expected to survive with the colder weather looming.

We wait for food for hours. At the end, we stopped getting food from there because we couldn’t take it: the wait and the food was very bad. My mother would go to the food line at 5 in the morning and come back at 9 or 10: 1,500 people queue there. Sometimes the food is not enough for those at the end of the line.”

Earlier this month, the EU Commissioner for Home Affairs Ylva Johansson promised “no more Morias”. Yet, as thousands of people are forced into a new encampment, this is quickly looking like empty rhetoric. Words are not enough. We must have guarantees that inhumane ‘Moria-like’ camps will no longer be part of the EU’s response to forced migration.