words by Hannah Robathan and Isabella Pearce, co-founders of shado

The movement is, however, about giving us the tools and language to understand our own bodies and the confidence to vocalise (or even just know for ourselves) what we like and don’t like.

Misinformation or lack of understanding will – and has – naturally led to inequality with some sexual partners. Whether this be reflected in an ‘orgasm gap’ or lack of sexual fulfilment, for greater equality to be achieved there needs to be greater confidence and vocalisation around what pleasure looks like for each partner. For years, however, we have lacked the language and resources to access information surrounding the female anatomy, let alone female pleasure.

“Female sexual pleasure is a taboo topic, which you are not taught about and have to learn about through your own experiences. In school, women are taught that they have a ‘vagina’, but the female anatomy is never explored any further. Many people watch pornography in order to gain a better understanding of what sexual pleasure is, but this is misrepresented; women are often objectified and the main focus/end goal is for a guy to blow his load, leading to men and women having different expectations of what sexual pleasure is. I think that it’s important for women to pleasure themselves to gain a better understanding of how their body works and what they like. Toys such as vibrators are great because they do things that sexual partners can’t. I also think it’s important for more conversations about female sexual pleasure.”
– Tia, heterosexual, UK

A lack of understanding of confidence around your own pleasure can often lead to a culture of performativity and a need to fulfil a partner before thinking about your own pleasure – something that sex toys are here to change.

“Using sex toys helps me to climax – Every. Single. Time.

… something that I can’t really say about most guys I sleep with, since I find it really hard to reach my orgasm on a good day. I think it tends to stem from how uncomfortable I’ve felt, and how stressed I usually am in a sexual scenario. I’ve used vibrators during sex with my partners in the past – however, I couldn’t help but notice that it would make them slightly self-conscious every time I would bring up the idea of using a sex toy. I’ve held back by using them in the past for the sake of saving their pride but I think there just needs to be more communication about why I love sex toys and how much more enjoyable sex is for me with them in it. This reality check has definitely inspired me to be more vocal and honest about my needs and wants so that I can constantly have my ‘sensual Mimi experience’.”
– Jin, 20, bi-curious, Leeds but originally from Australia

However, it is important to also note that empowerment doesn’t imply that you need to ‘love your body’ – in fact, this would be a problematic assumption to make on anyone’s behalf, be it those identifying within the trans spectrum or anyone suffering from any level of body dysmorphia.

What sex toys can provide is a way to explore your body and find peace with what it desires in a way that promote body neutrality.

It’s most accurate to position sex positivity within wider movements of women’s liberation. It is one of the many ways we can reframe conversations and situations to allow for a more equal platform – which needs to be addressed in all aspects of society, including our private lives. This all feeds into the conversation around consent, too; knowing how to say ‘no’ in a private space as well as a public one. If you can be self-assured in your personal boundaries, it is easier to explain these to other people and instigate them within an intimate setting.

At the moment, womxn’s bodies remain a site of control, policed in many different ways. Sex toys and more open conversations around women’s sexual pleasure can help womxn to reclaim their bodies as autonomous. Internalised misogyny is a bitter pill that many womxn have swallowed, especially when it comes to sex, pleasure – and partnership.

As womxn, there are so many taboos around being single. Take, for example, Emma Watson’s relatively recent assertion in a V​ogue interview ​that she is “self-partnered”. As a womxn, being single is still shrouded in shame and stigma. Whether Watson was being tongue-in-cheek or not, is actually irrelevant – there still needs to be massive reframing and reshaping around acceptance over being single and in removing the pressures that still exist for women that, somehow, being single is ‘not enough.’

We are no longer reliant on anyone else to experience pleasure, nor do we need permission. We just need a Mimi Soft.

shado received a number of Je Joue ‘Mimi Soft’ clitoral vibrators for the purpose of this research article. Some of its recipients are quoted in this piece. 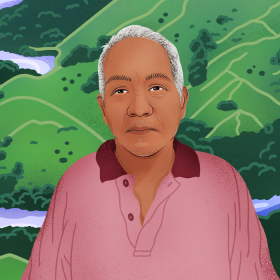 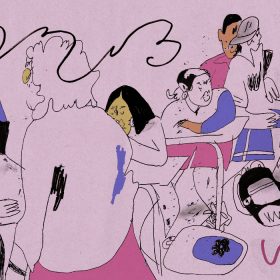