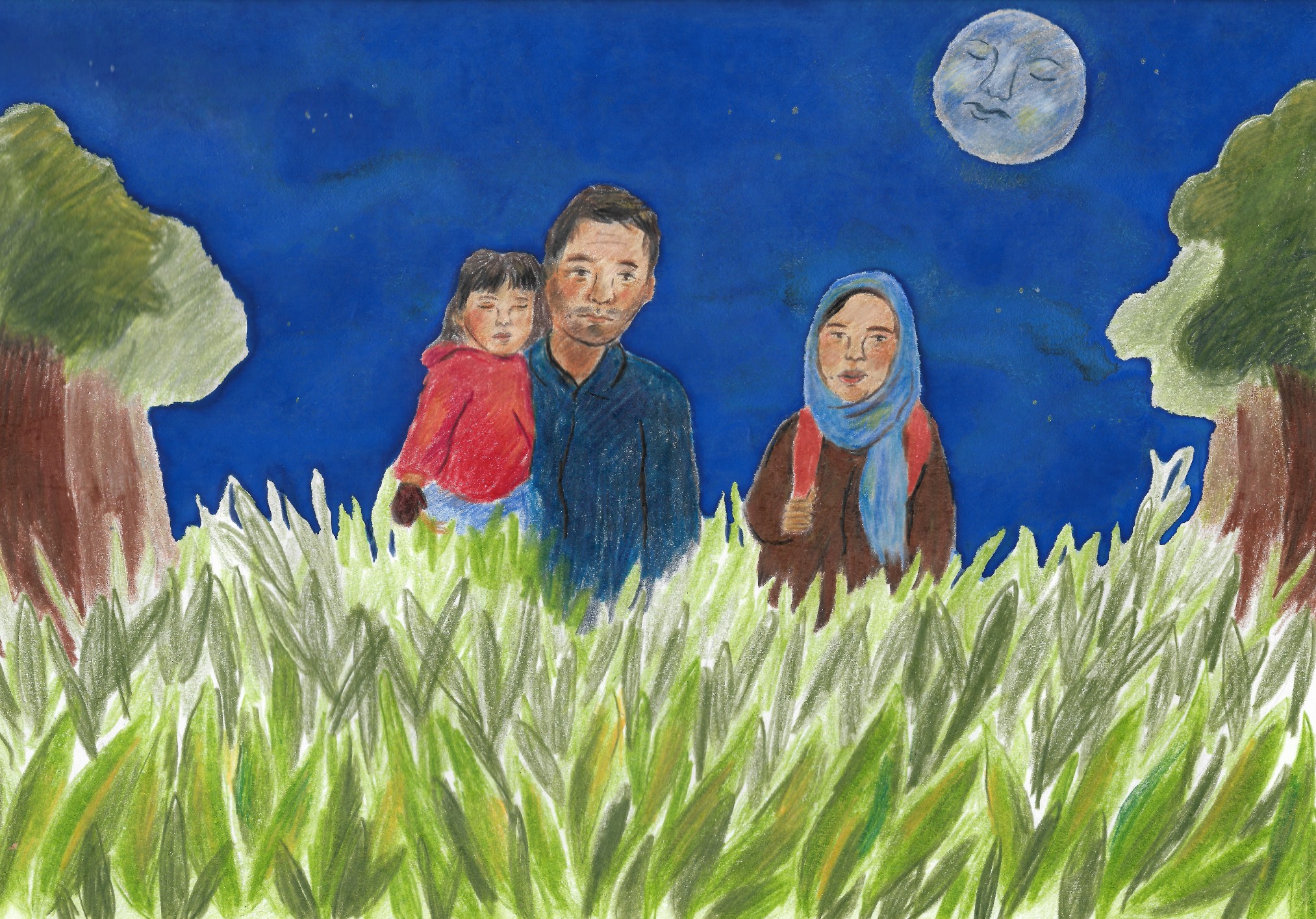 How I mixed with other cultures

Who is responsible for all these asylum seekers?

Kabul is a city in which hundreds of people are born every day. And about the same number of people die or kill themselves.

A baby is born at home and another baby comes to this world in traffic on the way to the hospital. A baby is born in a poor family and another baby in a beautiful palace. There is celebration for the birth of a baby in one family and in another family, there is mourning for the death of a man who has lost his life in a terrorist attack. And his poor old father cries not knowing how to provide food for his children. Yes, this is us. Who bring happiness and sorrow to this world by being born and dying.

I was born in this city 19 years ago on the 24th August in an open-minded family, and perhaps they celebrated my birth. My mother lovingly taught me how to sit, and my father taught me how to stand like him, until I was 6 years old when I started school. Days passed with all their beauty, and every day I was aware of changes in myself. I became older and I was in the 9th grade in school when I picked up a pen and wrote about the society and where I lived. I wrote short interesting articles for the big newspapers until I was 15 when I, with my family, left the country to emigrate. We walked through the mountains of Iran for 3 days and nights until we got to Turkey. And again for 8 days, with no certain future, we headed towards Greece by foot. We walked 10 hours until we got to the border. We got on a boat which had the capacity for 20 people but there was 75 of us asylum seekers who got on that boat. And after that we went through days of hunger walking through exactly 11 countries risking our lives until we got to Germany. We spent 2 years in camps that had no facilities for living. I learnt German and after spending 8 very difficult months, the government gave me permission to enroll on a German course. I went to school for two years to learn the language. With perseverance and by being active in school I became the school representative. In addition to the German language, I contributed to different community and political programs and I was chosen as a voluntary speaker on one of the radio stations in Munich. I was also very successful in karate and last month I joined the national karate team for the second time, coming in second place. And now I am working for a German company.

Translated from Farsi into English by Fariba Nassiri

How I mixed with other cultures: who is responsible for all these asylum seekers

While most countries in Europe used to welcome asylum seekers with freedom of movement and open borders, after 2016, the immigration policies of certain European countries were criticised, and these borders began to close. This is notable in Germany, one of the most important members of the European Union, whose government is now trying to expel the migrants it welcomed with its ‘open-door policy’ back in 2015.

The German government are in some cases forcibly deporting migrants back to their countries. This has been met with severe criticism from the institutions of human rights.

One thing is clear. Germany is a country that has been seen as more desirable by asylum seekers because of its strong economy and good working conditions. But some people have unrealistic expectations of illegal travel to Germany, which is mostly through land.

For many immigrants who manage to reach Germany, it will have taken a long time. The journey will have been done mainly in groups through the land borders of Iran, Turkey, Greece, Macedonia, Serbia, Hungary and Austria. This route of immigration to Germany is very turbulent, and most of the people who migrate to Germany or other European countries on the road suffer serious physical and psychological harm.

I would say that the trauma and harm suffered through illegal immigration works on many levels, and there are both physical and psychological damages faced by people on arrival to Germany. While travelling, migrants are seriously threatened with dangers. Asylum seekers usually travel at night, and often in adverse weather conditions. To go to Europe, immigrants often have to walk for more than 15 hours in cold forests, with the fear of wild animals attacking.

Human traffickers force a large amount of money out of refugees for illegal travel to European countries. Typically, these people who help move asylum seekers to Europe for their money do not care about the safety of their passengers and their companions. As a consequence, women and children are in greater danger. The property that asylum seekers carry with them are also at risk, and many people lose their belongings along the way.

There are further dangerous consequences for asylum seekers following their illegal move to their destination in Europe. According to the laws of European countries, illegal immigration is a matter of law, and each country’s border must be respected. People who have been trafficked, and other illegal immigrants, live in secret, without access to any human rights agreed upon by the international community. Often, they are forced to partake in illegal work, but in secret, so they stay out of the reach of police. They live below the radar in refugee camps. In Germany, there have been cases of these refugee camps being attacked by right-wing neo-Nazi groups.

There are many difficulties for illegal residents in Europe. A person who has been discovered arriving in Germany illegally, without legal documents, is required to go to the police department for legal residence. After legal proceedings, the police will send immigrants to centres, and they are kept there until their asylum process has been processed. They have to live there, and although these individuals are granted some basic human rights (such as low income, the right to travel and the right to a home), it should be noted that life as a refugee in Germany is not a simple task.

In fact, all around the world, where people are becoming illegal immigrants, they are offered little social and cultural acceptance by the countries they are hosted in. Refugees in Germany face serious difficulties even after their journey and arrival. An asylum seeker in Germany is not a citizen or legal resident of Germany and cannot enjoy the protection of the law. Immigration to Europe through smugglers means that refugees may fall prey to illegal groups mixed up in underground activities, and so an uncertain fate awaits them. Illegal immigration to Germany or any other country can come with the irreparable consequences of illness or physical and mental abuse. Refugees can easily get caught up in a crowd who partake in illegal activity, which weakens the likelihood of legal residency and even adds the risk of death.

Translated from Farsi to English by Masoud Sakhinia