With the commencement of the 2020 summer Olympics, we’ve seen history being made and records being set. And thanks to Simone Biles and other high-profile athletes in the Olympic space, changes aren’t just being made in the medal tables, but also in a new and much-needed conversation around mental health. But the fallout of the rising star withdrawing from the Olympic gymnastics finals has caused me to think critically about the superhuman expectation we place on our heroes.

We expect Olympians to be at the top of their game 24/7, pushing their bodies to the limit, overcoming boundaries which have been arbitrarily set by the pressures of the sport. And that’s where the problem begins – assuming that Olympians, in order to fulfil external expectations, need to be in perfect physical health – meaning their mental health, despite being pushed to its limits during competition times, falls by the wayside. Or worse still, it becomes an inconvenience for the fans themselves.

That’s certainly what it felt like when an internationally-acclaimed gymnast such as Biles made the decision to withdraw from the event finals for vault and the uneven bar. Rather than view this as an opportunity to rethink our stance on mental health, we had armchair critics, high-profile figures and television ‘personalities’ spewing discriminatory and sexist remarks about the athlete. Because, in their eyes, Biles somehow ‘failed’ by rightly removing herself from what was clearly a toxic environment. But this should not have been the case – especially in a country like the UK, which claims to be a leading voice in the mental health conversation. Perhaps the pundits reveal what many of us already knew about the mental health provision in Britain: with ever-growing waiting lists for counselling, psychological interventions and antidepressant prescriptions, the UK is far from successfully tackling its own mental health epidemic. And if the Biles case was a litmus test for compassion, we failed.

It could have been different – and perhaps this will be a turning point for that change. By prioritising her mental wellbeing, Biles has offered a springboard for us to rethink what true success looks like and how we should measure it. Viewing the responses to Biles’ decision has forced many to look at society more widely and ways that we not only measure success but how we react to so-called ‘failure’. It has shone a spotlight on the toxic binaries of success and failure and made me question and reflect on what societal influences and ideologies are driving this.

Whilst, in a backlash to the abuse she received, Biles has also been praised for her bravery in confronting her challenges with mental health, societal expectations are still prevalent. As viewers and fans, we will continue to expect the most decorated gymnast to succeed – no matter the length of her break. We have become acclimated to witnessing the ‘golden girl’ procure endless medals under her belt, and we’re all too used to measuring success as the amount of medals an Olympian has and how many records they can break.

For Olympians, expectations are quite literally as high as a pedestal, yet as Biles says, “At the end of the day, we’re not just entertainment. We’re humans and there are things going on behind the scenes that we’re also trying to juggle with as well on top of sports.” When the lights fade and the excitement of any sporting event dwindles, ‘success’ is often forgotten yet the “behind the scenes” pressure continues to pile. “I truly feel like I have the weight of the world on my shoulders at times,” Biles said via Instagram. “I know I brush it off and make it seem like pressure doesn’t affect me but damn sometimes it’s hard! The Olympics is no joke!”

Especially when you consider ‘Simone vs Herself’ (2021) and ‘Golden Girl’ (2015), documentaries which shed light on everything from the gymnast’s training process to her life at home with her family. Classed as a ‘star of her time’ due to being the most decorated gymnast of her age, it cannot be a surprise to us to learn that she, as well as many other athletes, have to deal with the weight of enormous expectations.

In conversation with Ngadi Smart

As a capitalist society, we will never be satiated and a large part of this is because there will always be records, waiting (im)patiently to first be set and then to be broken. As viewers and sports fans, we crave this entertainment and we are willing to blissfully ignore the health of those providing the entertainment we love so much.

Capitalism creates the structures that force measurements such as ‘success’ and ‘failure’. Both these terms are complex and interchangeable. A change in the state of one’s mental health is still typically seen as a failure. What we need to remind ourselves of is the courage that coincides with athletes acknowledging their struggles and placing their needs before the audiences – why is this not openly considered a success?

Success is overvalued and miscalculated; avoiding mistakes and creating necessary boundaries should be recognised as just as important as winning medals. In Biles’ case, avoiding the mistake of forcing herself to endure was the best decision she could have made, even though society was unable to deal with her so-called ‘failure’. So, in her actions and by standing for the strength of her conviction, maybe she has reminded the world what true success looks like. 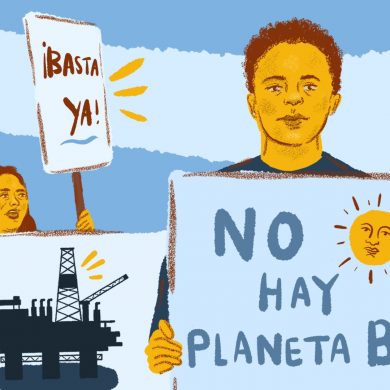