Are rising youth movements the key to true revolutionary politics in Brazil?

We live in a modern Brazil where the excuse of “I don’t understand politics, I prefer to abstain”, is no longer a justification – especially when, for some bodies, existing is itself a political act. However, it is important to understand the root of this apathy – all the more so in the lead up to an election. With so many empty proposals and hopeful leaders eventually yielding the same result, how can you choose someone who will represent you for at least four years?

This is a question on the lips of Brazilian youth, who are quickly becoming the key to unlocking a more hopeful future for politics in their country. This is a future which rejects the institutions who are currently in control, based on the message that young people have the power to shake up this status quo. Reaffirming that whoever you are, you can and must do politics.

The first thing to do is to understand that Brazilian political power needs to be restructured into a model that is not patriarchal. The vast majority of people who occupy the decision-making positions are old men and their male children or grandchildren. This is the biggest challenge: the absence of representation. Even when we have young candidates, you can tell by their regressive policies and familiar surname that, instead of standing for change, they are there to uphold a system of stagnation and nepotism. To combat this, we need genuine young people in power who know what it is to worry about the future; we need plurality and we need candidates actively committed to change.

Brazilian youth have powerful tools in our ammunition: discomfort, indignation and the will to change.

The revolt is strong against those in power and the way that political decisions have been made for so long. This collective resistance is the greatest force for the participation of different youths on this journey that is increasingly difficult.

The various political crises into which Brazil has been plunged in the last decade have transformed the future which lies ahead for youth in this country. 2013 saw a series of protests take over the country, where millions of people took to the streets – not just in the capitals – demanding political change. This has been an awakening for young Brazilians: it has empowered us to seek more representation and, above all, made us see ourselves as agents of change; equals wanting to make decisions that define the way we live. The traditional apathy of youth towards politics is mainly due to the fact that political parties mostly ignore our issues and demands, placing us as secondary agendas, without bringing innovative ideas leading to real changes.

If politics defines the future, the youth will start to change how politics is defined.

In Bolsonaro’s times, the need for a change in strategy is even more urgent: focusing on local policies has strengthened the impact for cities and their inhabitants, since we do not have an open dialogue with the federal power represented by the ‘president’. Community management, civil society organisations doing direct advocacy with local decision makers, taking the strength to focus on assertive local policies are some of the strategies led by youths to fight Bolsonaro’s Brazil.

Brazil faces a very specific problem when it comes to human rights and political freedoms. We live in one of the countries that kills the most humanitarians, environmentalists, and trans people in the world (according to the 2019 reports by Global Witness, TGEu and ANTRA). It is young people who have been mobilising from all corners of the country to denounce and speak out against this abuse and participate in action. Part of this action includes information platforms, used to further educate youth on how to make informed decisions to support their choice of future representatives. Platforms that show candidates concerned with the climate, gender and LGBTQI+ issues have emerged, and play a fundamental role by spreading the idea of the new policy we need: a policy informed by a trickle-up approach, and, consequently, encompasses diversity.

The internet era allows us to be as political as we want. This new access to information has allowed us to have a leading role in a debate that concerns us. Due to this internet-enabled politicisation never before have we seen so many young candidates as in the elections to come in November, both for mayors and councilors. These candidates offer a new way to transform the system by increasing social participation based on a bottom up approach. This represents a new way of doing politics that tackles the complex times of an authoritarian government.

Without youth, the future of Brazilian politics is devastating. The diverse Brazilian youth wants nothing more than a strong and inclusive democratic state. A state that is efficient in negotiations and that provides quality public services because we are increasingly critical, we know our value and we are not going anywhere, we will take the reins of our own future. 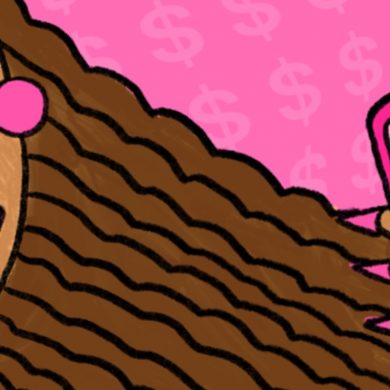