A boat stuck in the Suez Canal, a meme for a world stuck in capitalism

You’ve probably seen the memes popping up everywhere about a gigantic stuck ship and a tiny ineffectual digger. So much so, the image is now fast becoming a euphemism for everything from clothing retailers’ greenwashing bids to combat the climate crisis through a sustainable fashion line to ‘my inbox versus my enthusiasm’. As relatable as feeble attempts to address big issues are – especially in current times – I want to step back and address how the situation in the Suez Canal exposed the ills of capitalism and our global economy.

So, a bit of backstory: on 23rd March, news spread that a 400m long and 220,000 tonne ship called Ever Given became lodged in the Suez Canal. Details are still unclear [as I write this] but causes of low visibility are blamed for the ship’s poor navigation, resulting in the ensuing blockade.

Located in Egypt, the Suez Canal is a man made waterway that connects the Mediterranean and Red Seas, acting as the dividing border between Africa and Asia.  This unique location carries a complex history. While the land and its people have a rich heritage which predates colonial capitalism, I believe to understand the relevance of the last few days, it is important to shed light on the impositions by Europe in this specific region.

Even before the Suez Canal’s construction in 1869, it had strategic importance. It was a place that caught the imagination of the European colonial powers who sought to expand and enrich their colonial routes through faster and more efficient shipping passages.

After the opening of the Suez Canal, colonial powers and other stakeholders were able to fully realise their expansionist aspirations. This led to the canal’s infamous nickname: the “Highway of Empire”. The canal was built explicitly for territory expansion which allowed resource extraction and exploitation of peoples for economic growth.

While the territorial occupations of empires have crumbled over time, their legacies have remained. Nowadays, the Suez Canal continues to play a key role in the global economy by being one of the busiest trade routes in the world. About one third of all the world’s shipping container freights pass through this location. This number was one of the main reasons for the news outcry, as the blockade led to a traffic jam so large that it is expected to continue well beyond the dislodgement of the ship itself. Other immediate impacts of the blockade which dominated Western news included the drop in crude oil prices – causing financial losses for oil lords.

Yet, little was said on the wellbeing of people on the ships, or how the blockage affected wider communities around the globe. A lack of news about the ecological damage and the impact of so many ships being stagnant in this location underlined further that profit is prioritised well above people and the planet. This in itself, is not news. COVID-19 has visualised dramatically where governments’ priorities lie: e.g. reluctance of border closures for trade, company bailouts, and easing of lockdowns to boost the economy. This at the same time as the UK Government imposed new draconian migration legislation in the aftermath of the scandal of imprisoning asylum seekers in army barracks. The messaging about this blockade fell absolutely in line with this and shows once again what is made possible in the name of financial capital. Sabir Zazai tweeted about the hypocrisy of goods moving freely in a world where humans are denied the right to move or seek protection:

I was wondering if instead of goods there were human beings stuck on the ship in the #SuezCanal. Not many would have rushed to the rescue, I can say for sure. We live in a world where goods move freely but human beings are denied the right to move or seek protection. pic.twitter.com/S37pIoDAB2

The fact that European economies still in part rely on colonial trade routes, resources and labour from abroad speaks volumes to how Europe’s wealth has not only been achieved by, but continues to rely on the impoverishment of other regions. The fact that mainstream news did not mention how the blockade impacts people, especially those economically most disadvantaged should be a wakeup call about our economic system.

Capitalism is often misunderstood to be solely about free markets and trade. For it to be ‘simply trade’ however, it would require all parties to be equal in their exchange. But this equality is in fact the opposite of capitalism, which is organised around the perpetual expansion and growth accumulation for the few at the expense of the many. As shown by the history of the Suez Canal, capitalism, colonialism, racism, patriarchy and environmental degradation are inherently linked and dependent on each other.

While the blockade has since been remedied, there is no antidote for the ills of capitalism. It simply does not function without exploitation. The legacies of colonial trade must be once and for all broken and capitalist ideologies, entitlement hierarchies, totally abolished. It is time we break the cycle of crisis and go to the roots of the issue:

Countries in the so-called “Global North” must down-scale their consumption patterns rapidly. They must instead aim for ‘Degrowth’, a concept which advocates for disrupting economic growth fantasies based on entitlement, exploitation and processes fuelling environmental degradation. Instead, Degrowth promotes the re-organising, re-localising and re-evaluating of what is actually important and essential to us under values of justice, solidarity and care, a first step towards futures of global justice.

More resources on Degrowth can be found HERE and HERE. 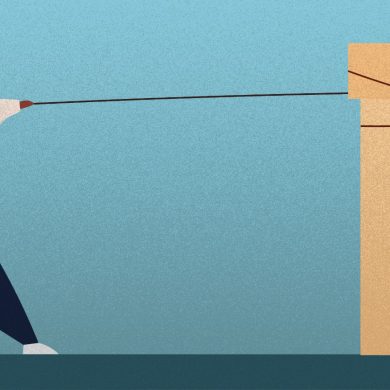 People power is the solution to Britain’s democratic crisis