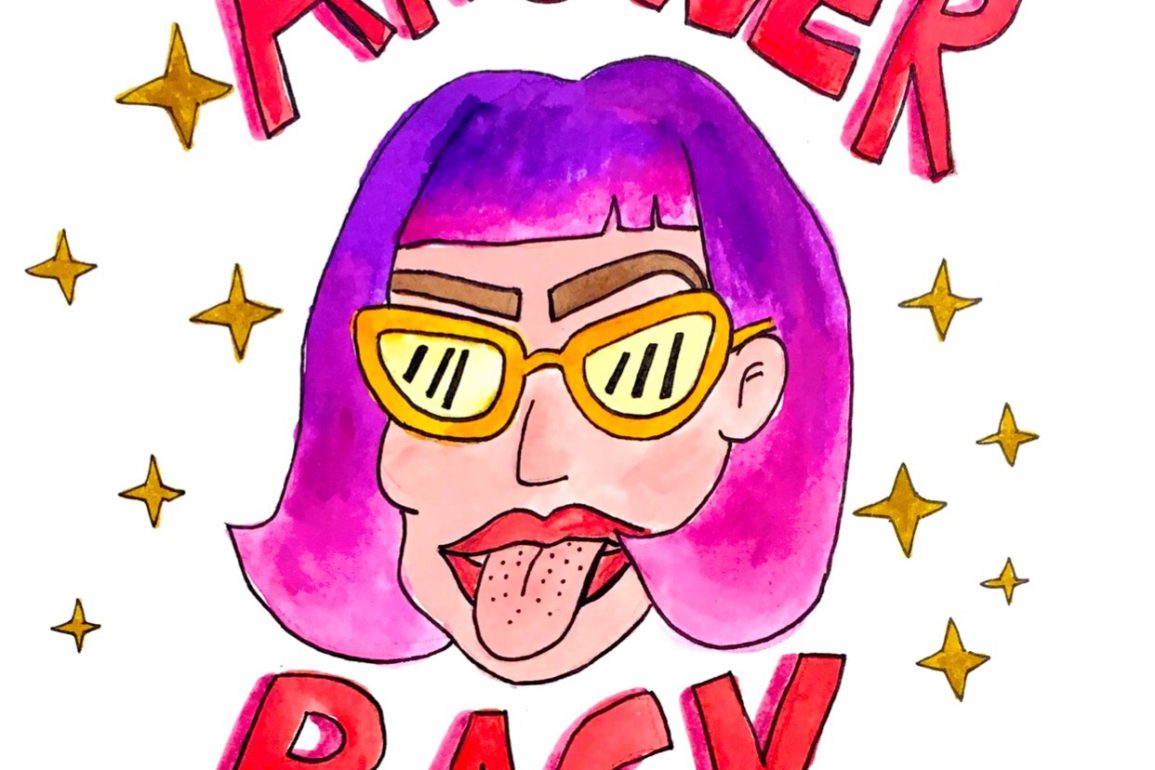 VulgaDrawings: the art of answering back

A year ago, I was living abroad and working as a waitress. Every day I left work with this fizzing rage; angry crying, screaming-into-a-pillow rage. I wasn’t fully aware of it at the time, but I was being sexually harassed. Only on reflection do I see how scarring it was. What angered me the most was how utterly helpless and alone I felt, and when I shared my story with people – their instinct was to question and blame me. 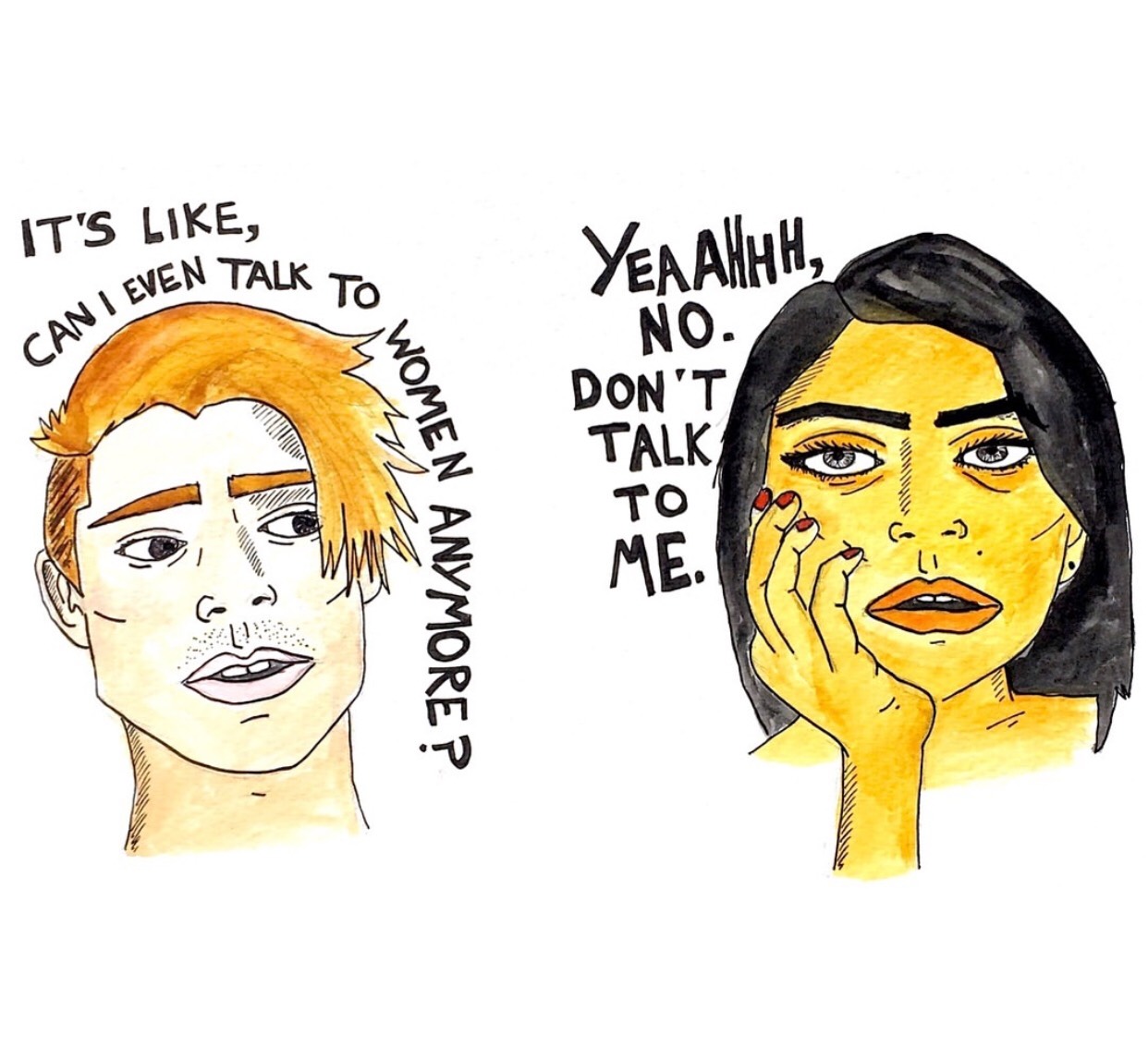 After months of letting this fury bubble up, I started drawing. I’ve always been good at drawing, but it was more of a ‘doodle at the top of your bank statement’ kind of a hobby. Coming to terms with the harassment was an explosive moment – I wasn’t going to put up with this shit anymore, and I absolutely wasn’t going to be quiet about it. The moment I put pen(cil) to paper It just poured out of me. Not just the sexual harassment I’d experienced that year, but all of the non-consensual experiences I’d had, the times men masturbated in front of me in public, the leering on public transport, the comments about women in comedy, the COUNTLESS number of times I was called ‘intimidating’ for just existing in my own skin, having tastes and opinions of my own and for not kissing the feet of any man who complimented me – I just said ‘thanks’ instead. Shocking. 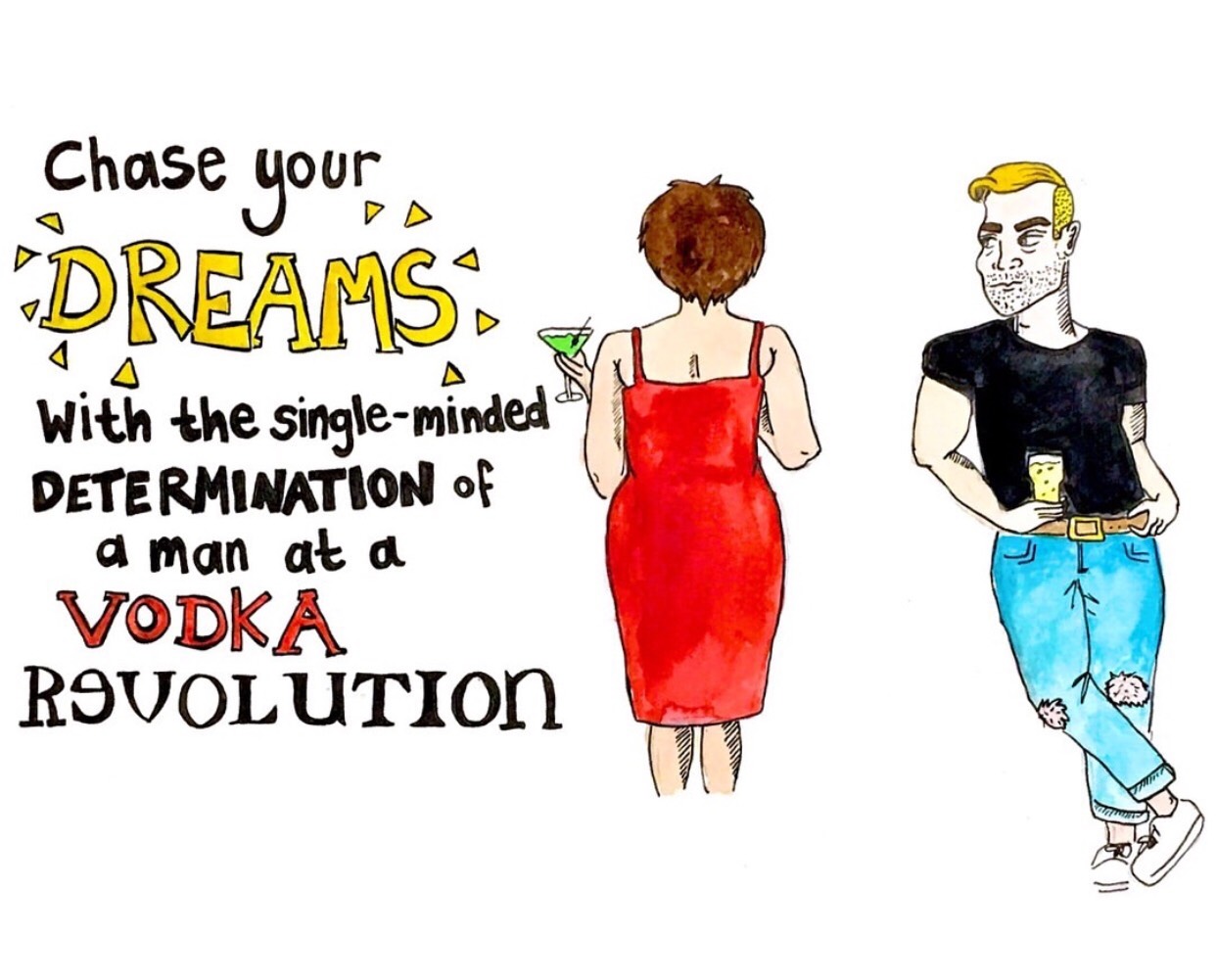 It’s only been a year since I set up the account, but it’s really snowballed. I poured my heart out and asked my peers to do the same. Women and non-binary people emailed me, direct messaged me, pulled me aside to talk to me. Someone would recount an experience they’d had, I’d draw it and the comments just kept on coming. With every experience came another sea of people shouting from the rooftops (aka the comments section) ‘THIS HAPPENS TO ME TOO!’ 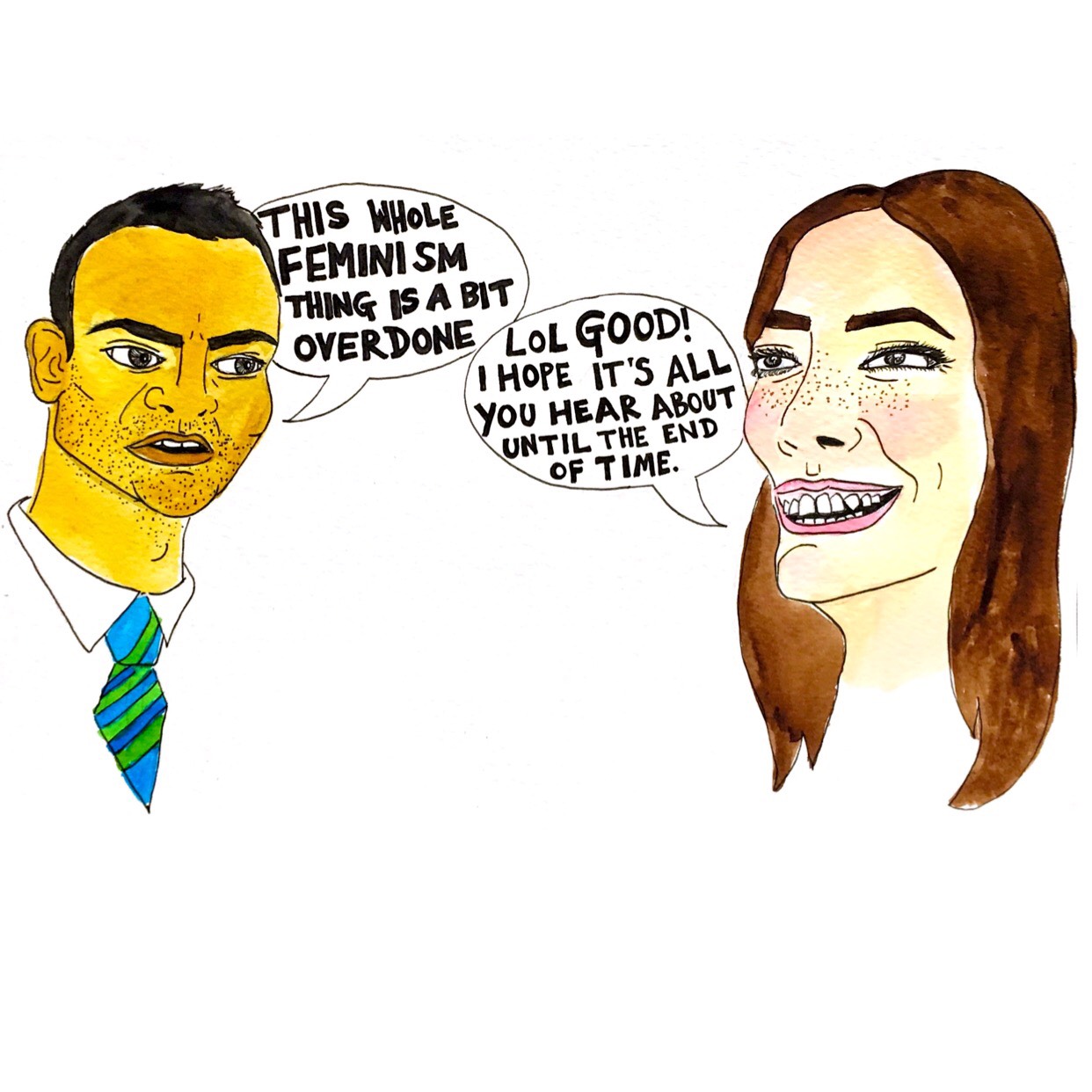 There’s something about a drawing or a cartoon that feels much less confronting. It’s anonymous – the character portraying your experience isn’t you, it represents you. People were more willing to confide in me for this reason, and I understood it. The men at the centre of this conversation were friends, ex-partners, co-workers and family members. No matter how many times someone says ‘why didn’t you tell someone?’ or ‘why didn’t you tell them to fuck off?’ It just isn’t that easy. When it’s your livelihood or safety at stake, you do what you can to stay in control and keep going, in my case – that was drawing.

I don’t work at that restaurant anymore, but I still experience sexism, harassment, assault. Sometimes it’s more subtle. I get a lot of straight white men messaging me on the Instagram page, correcting me on my inclusivity. My Instagram isn’t for them – and that’s a hard thing for them to get used to. ‘Woke-splaining’, as I call it, is a way of attempting to gain back control on a platform where they’re becoming less and less relevant. I want your stories, yet it’s the straight white men who fill up my inbox. Even on a feminist art Instagram account they’re taking up too much space. The truth is, the only messages I read are from the people who tell me that the page makes them laugh, it makes them feel less alone, it makes them feel more confident to speak out, or on several occasions – it’s helped them to heal from a traumatic, abusive experience. 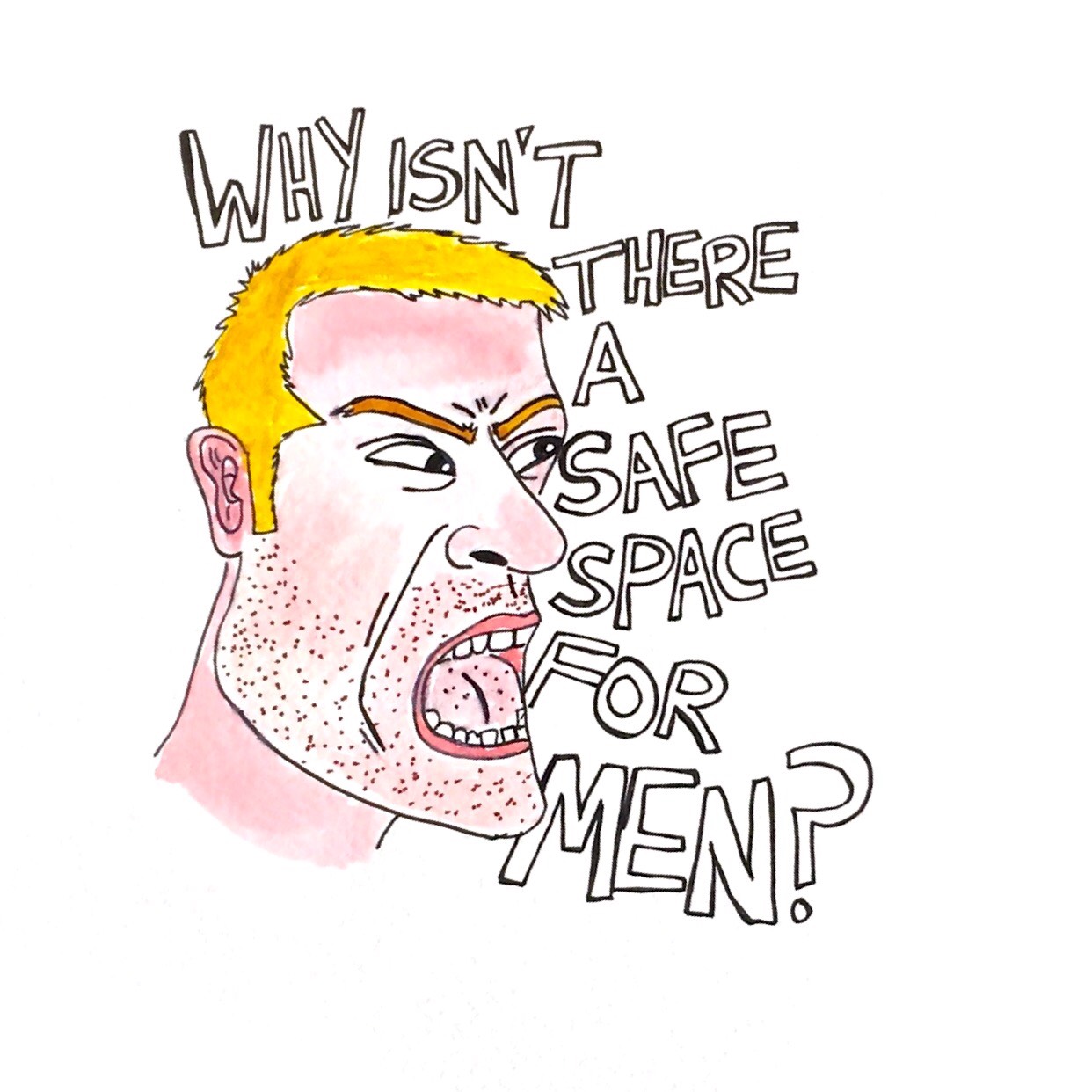 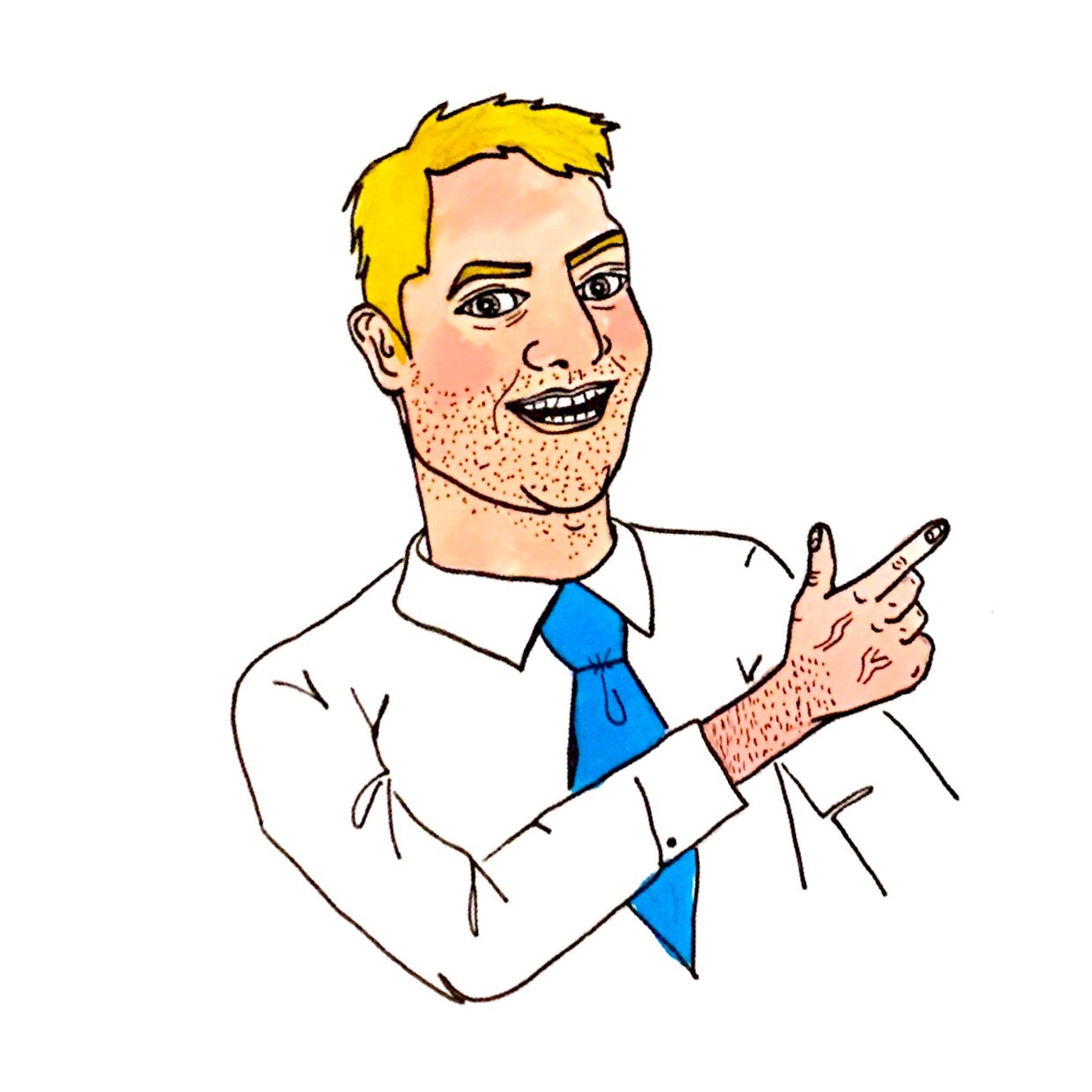 I want to be clear here that I haven’t uncovered something remarkably new or unique. It’s the oldest rule in the book – when you stand up, you’re standing alone for a moment – but eventually people will join you. Create a space and people will share it with you. I was too angry to care about the comments from men, I was too angry to care what people thought, and with that came an enormous amount of power. I’ve learned so much from the people who shared their stories with me, and I’m reminded of what an impenetrable community we have. My confidence to answer back has gone through the roof, take it from my Grandad – don’t ever tell me to calm down. 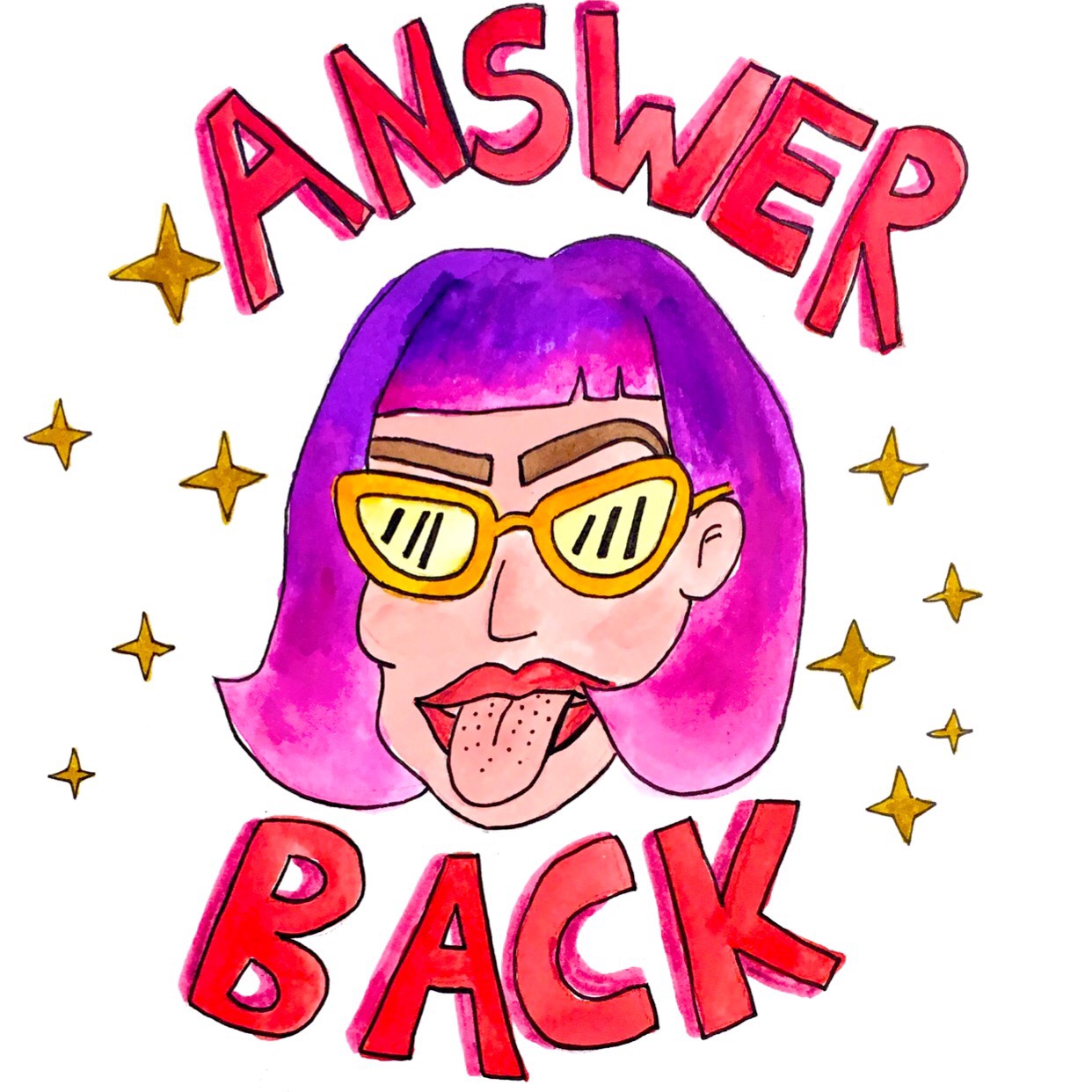 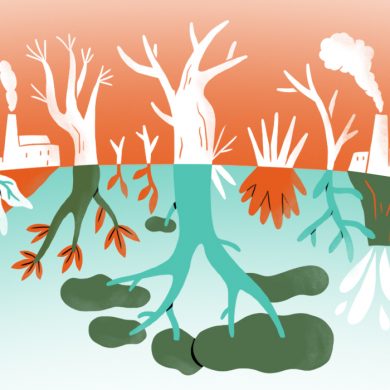 The emotional case for postgrowth