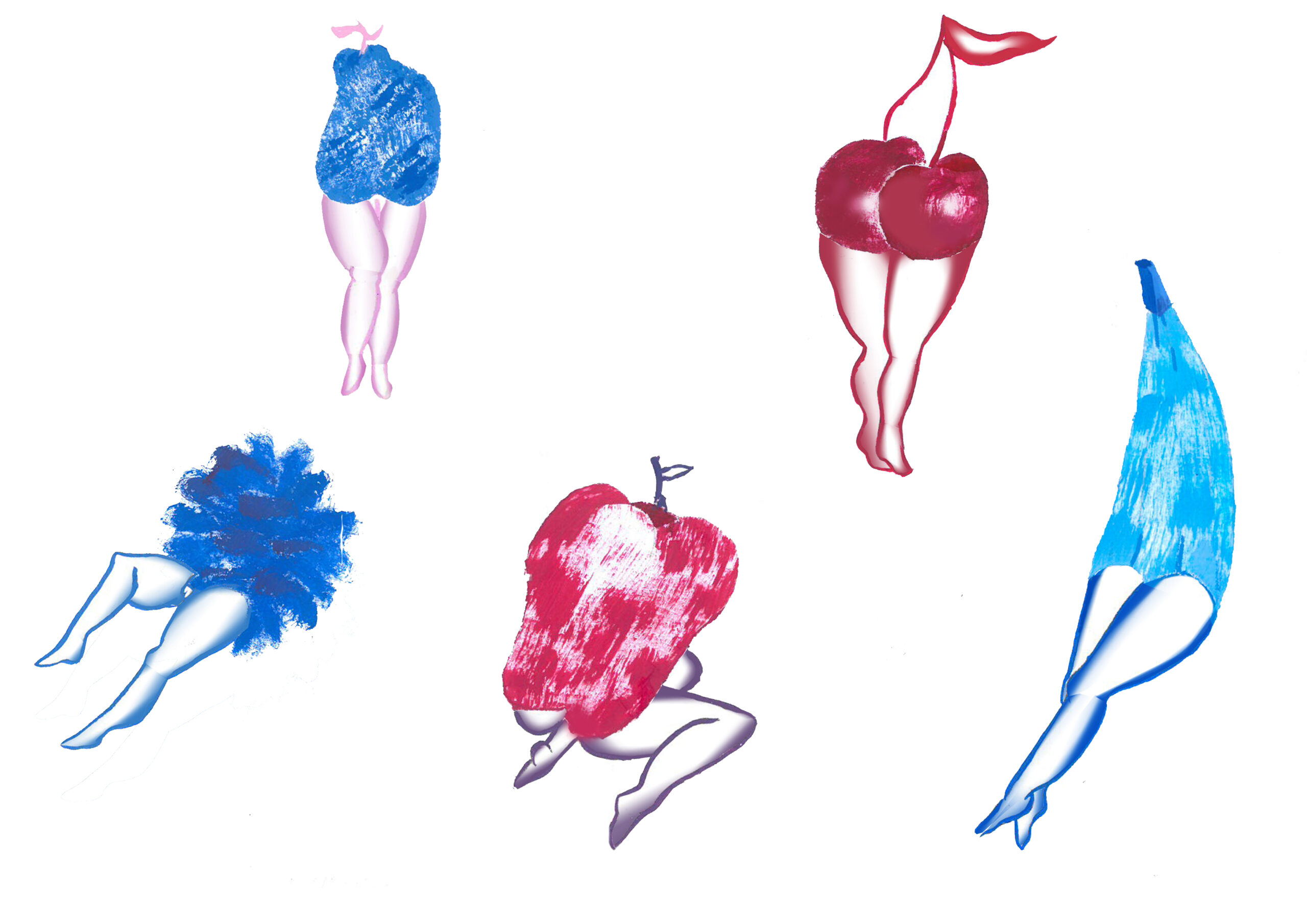 Step aside #20GayTeen. According to the wonderful queers of the internet, we have entered into the year of the bisexual: #20BiTeen!

As a 25 year old queer cis white woman, I feel I’m being called to reflect over the last decade of my identity, but particularly my own bisexuality. What has really changed from being bi in 2009 to being bi in 2019? What have I learnt about myself, and how has our fragile heteronormative society grown more inclusive for the next generation of baby queers?

Back as a baby-bi-teen, I don’t remember seeing much of my sexuality portrayed in the mainstream. However, there were a few stereotypes, namely the hypersexual, the bi-curious, and especially those who just ended up gay. Though they were all white, cis and female, my taste buds were not satisfied, so I sought out more “alternative” scenes to shape my bidentity – namely the “emos” of MySpace. Rawr XD, anyone?

Whether any other bis out there can relate, my personal “coming out” story (that began at the ripe young age of 13) goes a little like this: girl meets girl, girl was interested in dating girl, and though this girl knew she liked boys too, she liked her enough to say yes. While there wasn’t too much thought or anxiety around that decision at the time, it never fully occurred to me some of the negative repercussions that could come from it; such as exclusion, bullying, fetishising, insecurity projected on me from my partners and mental health issues.

Having dedicated a proportion of my History undergrad degree studying the topic, I’ll give you a brief bi history lesson of some underlying context around the stigma attached to bisexuality. Our good psychoanalytical friend, Freud, deemed all bisexuals infantile, lacking sexual maturity (just like he claimed the clitoral orgasm was infantile too, and now we know the “mature” G Spot orgasm is also clitoral, so suck on my 8,000 nerve ending filled clit Freud). Early sexologists also considered bisexuals as “pseudohermaphrodites” (people with intersex brains) in need of urgent medical attention. And of course, homosexuality itself was criminalised back in 1865 up until 1967. I mean, really, it’s no wonder society has inherited negative bideas.

This biphobia fuels the abuse that has negatively impacted my mental psyche over the years. Here are some common microaggressions I’d like to pinpoint:

1. “You’re going through a phase”: Around the same time I came out, it became common for people I knew to identify with bisexuality and quickly revert to straightness. I get it, experimenting is normal when you’re discovering your sexuality. It wasn’t for them, just as it wasn’t for my bi-friends who later came out as gay. That is a familiar journey for many lesbians and gay men, with bisexuality understandably used as a transitional identity for those still figuring it out. Though many bisexual people associate with sexual fluidity, the assumption that it’s a “phase”, is in fact bi-erasure.

2. “You’re being greedy, pick a side already”: Take this (rather rubbish) analogy – you like apples and pears equally, but you were told that you were being too greedy liking both. Go on – pick one, and you have to give up the other for the rest of your life. Imagine you meet a really special pink lady, or perhaps a forelle pear, one that you’d like to be your one and only. It may not stop you from window shopping those other juicy pomme fruit, but what if it doesn’t work out with that pink lady later down the line? Would you only be allowed to eat other apples, or would you also want to have a juicy pear now and again! What about all the bananas, cherries, men, women, trans folk, enbies (non-binary people), a fruit salad orgy? I digress, but you get the picture (apologies if anyone doesn’t want to be likened to fruit, but you’re all are just so delicious).

3. “You’re more likely to cheat”: This one I received from someone I once loved, but it has been a common theme in my relationships. The insecurity around my bisexuality has bubbled up with both the straight men and lesbian women I’ve dated. Feeling like I can’t really be trusted – simply because I like all genders. Won’t I miss the genitalia of the other sex? Maybe? But what does that even mean if we are in a committed and monogamous relationship? Speaking of monogamy, before you ask, I have already tried polyamory, and can safely say I’m personally happier being monogamous (or monogamish: this usually involves consensual non-monogamy in which couples have an agreement to fully express their sexual selves without lying or cheating).

Since my formative teen years, through my research, I finally feel empowered in my sexuality. Though, for anyone else coming to terms with their own bisexuality, I would recommend finding bi-communities online to support your journey whenever you feel alone. There are Facebook pages (Bi.org; Bisexual Notes for a Bisexual Revolution), queer blogs, (Autostraddle; After Ellen, Pink News, Them) and plenty of Instagram influencers (Trans activist @MunroBergdorf, actress @EvanRachelWood, bisexual @RobynOchs and male escort and adult performer @DanteDionys) and even myself, who are all there for you! 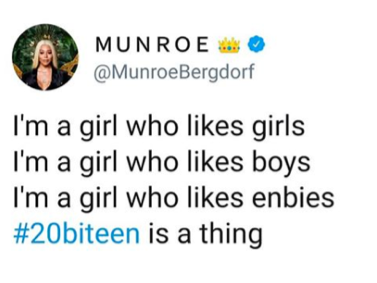 The first Bisexual Visibility Day began in 1999 on the 23rd September (pop that in your calendars), but we are only just seeing many more positive queer idols for the younger generation in the public sphere, particularly queer women of colour. Actress and singer, Janelle Monae came out as pansexual (attraction to people regardless of their gender) last year. Actor, director and producer of Channel 4’s The Bisexual, Desiree Akhavan is normalising the narrative of lesbians who come out as bi in their later years. Bisexual host of bisexual reality dating show The Bi Life, Courtney Act, is revolutionising the way bisexuals date. Even children’s cartoon characters are exploring more queerness (check out Steven Universe and Sailor Moon Crystal). Damnit, I wish I had these growing up.

Though we do have some way to go to overcome some of the bisexual stereotypes, queerbaiting (hinting at homoerotic relationships usually for financial gain), queer appropriation, transphobia and male bisexual invisibility, I think it’s safe to say that #20BiTeen is a thing.

For LGBTQ people who are suffering from mental health issues, you can find useful resources at Pink Therapy, www.pinktherapy.com; Mind Out, www.mindout.org.uk; London Friend, http://londonfriend.org.uk/