Last week I answered a call from someone who was crying and clearly distraught, audibly shaking, hardly able to get her words out. As one of many activists in Alliance for Choice, I have been answering calls and messages from women and pregnant people who need help with abortions for a long time. The woman didn’t have to finish her first sentence of “they sent me for a scan…” before I guessed what had happened, because at Alliance for Choice we have heard from so many others, misled by a so-called clinic over the last year. Thinking she was attending a bona fide abortion clinic in Belfast, this woman attended an appointment where the ‘counsellors’ tried to force her to continue her pregnancy, made her go for unnecessary scans, then upon realising that she wasn’t going to change her mind, the clinic staff became more aggressive and abusive. Ali* told me how, when she explained her horrific and desperate personal circumstances, the woman at Stanton Clinic responded that since she was pregnant, was already a mother and so she: “would have to love the baby”.

Ali wasn’t even seven weeks pregnant, navigating some harrowing and difficult life events. But instead of compassion and understanding, she was cajoled and misled by Stanton Healthcare. Thankfully, I was able to point Ali in the direction of the legitimate ICNI booking line to get a real abortion appointment, but I also had to warn her that some of the same people who spoke to her in Stanton might be outside the NHS clinic in Belfast. Anti-choice protestors have been there regularly, regardless of COVID-19, since services began in 2020.

I spoke to a number of clinicians involved in the provision of Early Medical Abortion services working in Health Trusts across Northern Ireland. All of them had dealt with patients who had first encountered Stanton Health, which in every single case had delayed their treatment. Patients have reported that Stanton staff always try to tell the women they have made the wrong decision, that they “don’t want to be the mother of a dead baby” and often receive disinformation about the impact of an abortion on future fertility, cancer and mental health. One of the consultants explained that at first they are very welcoming and friendly, but, “When she said she really wanted to terminate, they just changed their whole tune and they were quite aggressive with her.” Dr Hamill*

Stanton Healthcare opened in Belfast in reaction to the MSI clinic that began providing services in 2012. They are the NI branch of an American anti-choice group started by a woman called Brandi Swindell, in Belfast the clinic is run by Precious Life (PL), the same group who organise a significant proportion of the anti-abortion clinic protests, ‘prayer walks’ rallies and speaking events in Northern Ireland. The Belfast clinic hit the headlines in 2018 when a counsellor was secretly recorded telling an undercover reporter that she was “too beautiful for abortion” and that a termination would make her breasts “fill with cancer”.

They are not new to misleading people in NI. Precious Life once claimed that they handed the largest ever petition to the NI Assembly with over 30,000 signatures, but when the Justice Minister Claire Sugden had her researchers check the boxes, there were at least nine campaigns covering a 14-year period, and the live petition in question only managed to reach around 3600 signatures.

Bernie Smyth, the figurehead of Precious Life, has cut out a controversial place for herself in the NI news. If she’s not being charged with the harassment of the MSI director Dawn Purvis, or distributing leaflets with disinformation about the dangers of the COVID-19 vaccines, she is claiming that abortion is a conspiracy, in a 1999 interview where she says, “you know who runs the American abortion industry? The Mafia and the Jews!’

Another doctor said her patient told her that she was scanned by someone in Stanton Healthcare; “using an iPad and some wireless probe. They said the probe couldn’t get good pictures to see dates, but then said, ‘Congratulations, you’ll be a great mum!’ when she had clearly gone for a termination.”

One of her colleagues agreed that Stanton appears to be using the scans as a way to delay women seeking treatment from NHS services, “that’s a common theme that they scan them and that seems to be maybe about two weeks’ delay between another scan’.

One young person had been told she was ‘high risk’ for an ectopic pregnancy as a way of sending her back for a second scan; another woman was told the first scan wasn’t accurate; another was told the dates weren’t accurate in the first, one woman was even told that her appointment was delayed ‘because Marie Stopes wasn’t in today’, which is when she realised things were not as they seemed.

Someone that Alliance for Choice helped directly told us of how she ended up at Stanton after searching online and mistakenly thought Stanton were an abortion clinic. After her initial phone contact, they called her multiple times and advised she would need to wait five  days or more for a scan and even longer for an abortion after that. At no point did they advise they were not an abortion clinic. They told her to wait a few days and they would call her back, but they waited longer. This woman still thought this was how to organise an abortion, having no experience of the procedure and with no easily accessible information from any of the health trusts or the Department of Health website. When Stanton phoned her back several days later, she felt they were dissuading her from seeking abortion care, which roused her suspicions, so she sought help that same day from Alliance for Choice. The caller at Stanton ‘hung up abruptly’ when she queried them on that final occasion. The next day when she went to access an EMA through an NHS clinic, she was two days over the 10-week EMA ‘limit’ and no other options have yet been commissioned, and so was refused treatment. Had she been able to find appropriate information online through the normal search methods and not been delayed by Stanton, she would have accessed EMA below 9 weeks 6 days. Without help from our partners in Women on Web, this woman would have had to travel to England in what was the height of the COVID-19 pandemic.

As if the treatment by Stanton wasn’t bad enough, they are proponents of the controversial and potentially harmful ‘abortion reversal pill’ treatment. One woman was put in touch with a cardiologist in England, who called every pharmacist he could in NI to see if someone would prescribe progesterone. It’s time that Stanton accounts for their actions. Claims regarding abortion ‘reversal’ treatment are not scientifically sound and do not meet base clinical standards. The American College of Obstetricians and Gynaecologists (ACOG) does not support prescribing progesterone to stop a medical abortion.

Protestors are also impacting on people’s access and their experience of abortion healthcare. Another consultant told me about one of her patient’s trying to come to the clinic door; “One woman stopped to confront the men. She started crying. My heart broke for her. She was clearly very upset by the placards these men were carrying and by what they were saying to her.”

Stanton Healthcare needs to be clear on its website and other materials that it does not support abortion as an option for anyone and it will never be available through them. The Department of Health and all of the Health Trusts need to publish information and make it widely available on where exactly all official treatment is accessible so people do not continue to be duped in this way. When people seeking abortions do finally access the correct services they often arrive crying and distressed, all due to the experiences faced by Stanton Healthcare and its supporters. This level of misdirection and misinformation would not be tolerated in any other area of healthcare. No person seeking termination should have to go through this ordeal, and it’s time Stanton Healthcare was held to account.

*all names are changed to keep the anonymity of patients and providers. Interviews were carried out in April 2021 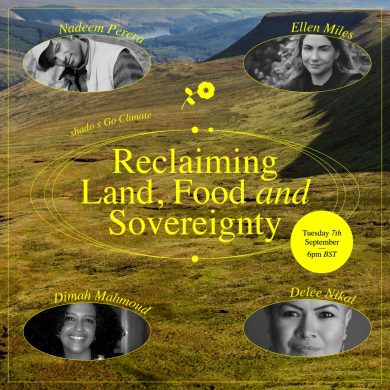