The climate crisis is present in every facet of our lives; from the food we eat, the air we breathe, the safety of our home. And it’s even in the Disney films our children – and let’s be real, most adults – watch.

Watching a double bill of Moana and Maleficent, I realised they have almost parallel plots, both centred around a rape allegory which sparks a climate breakdown. I’d had the same thoughts about those films before watching them separately, but watching them together emphasised to me the pattern of gender-based violence and environmental destruction in Disney films. These two films both align femininity and their women characters – Te Fiti as a version of ‘Mother Nature’, Moana’s name literally meaning “sea beyond the reef, ocean”, and our first introduction to Maleficent as a young girl healing a broken tree. Both send clear messages that with destruction of the land comes destruction to women.

The plot of Moana is instigated by a rape allegory, perpetrated by the demi-god Maui on the goddess Te Fiti thousands of years before the main story takes place. In the opening scenes, we watch as Maui violates Te Fiti’s core and with his hook removes her heart. He escapes a crumbling island as the goddess Te Fiti transforms into the sea monster Te Kā, and steadily ecosystems collapse as a consequence of his actions. In the traditional folklore this Disney retelling is based on, Maui attempts to gain immortality by trying to ‘steal the heart of his grandmother Hinenuitepō (the Great Woman of Death) by climbing up through her birth canal while she sleeps. […] When Hinenuitepō awakens and discovers what her progeny is trying to do, she crushes him with her obsidian-teeth vagina’. While the Disney version, due to its genre, is much more sanitised in terms of the removal of explicit genitals, it still follows the same narrative of the violation of a woman and goddess. Moana’s mission following Te Fiti’s assault is to restore her heart, and therefore restore the ocean and her island to their abundant states.

The rape allegory in Maleficent is a lot more overt, arguably being the most explicit sexual assault scene in children’s cinema, and certainly quite difficult to watch. After forming a friendship and then intimate romantic connection as children and teenagers, the faery Maleficent and human Stefan suggest the potential for healing between the untarnished natural realm of The Moors and the capitalist industrialised human kingdom. However, in order to gain power, Stefan drugs Maleficent and cuts off her wings, leaving her to wake up alone, in agonising pain of both her trauma and Stefan’s betrayal. After her assault, we see The Moors experience the same trauma Maleficent does. Trees become like barbed wire, skeletal and grey; the vibrant colours of life on The Moors replaced with monochrome darkness.

The links between gender-based violence (particularly against Indigenous women) is not only evident in these Disney Princess films, but also in real-life events unfolding as the climate crisis steadily worsens.

In the Pacific, where Moana is set, the climate crisis and gender-based violence are ever-growing issues. On the island of Kiribati, which is soon to be totally submerged by rising sea levels, 68 per cent of women have experienced physical and/or sexual violence by a husband or intimate partner – an issue which is widespread across the Pacific. According to a report published by the UNDP and Global Gender and Climate Alliance in 2016, 80 percent of people displaced by climate change are women, meaning they are disproportionately placed in dangerous situations as a result. One of these situations is the gendered risk of emergency accommodation and shelters used in the aftermath of disasters. These shelters are often overcrowded with little privacy and protection, heightening all kinds of health and safety risks including an increased risk of sexual and gender-based violence. After two cyclones hit Fiji in 2012, ‘women living in relief centres […] reported being violently forced into sex by their husbands, in spite of their reluctance due to concerns about over-crowding and lack of privacy’. Women are also disproportionately directly affected by climate disasters, such as by the 2004 Asian tsunami, where 70 per cent of the victims were women, largely due to the fact that they were inside their homes while men were outside in the open.

It is difficult to view Maleficent as anything less than an in-world Environmental Human Rights Defender. She is Protector of the Moors and leads the other faeries and inhabitants of The Moors in defence against the colonial attacks by the humans. According to Global Witness, an average of four Environmental Defenders were killed per week for opposing threats to territory and the environment in 2017. While most Environmental Human Rights Defender murder victims are men, women EHRDs are disproportionately affected by other kinds of violence, such as a rape, other types of sexual assault (including threats of these acts), and intimidation, carried out specifically because of their gender. Gender-based violence against women EHRDs is strategic, ‘used to suppress [their] power and authority, undermine their credibility, dismantle their status within the community and discourage them and others from coming forward’. These intimidation and suppression tactics allow climate destruction to continue in the name of profit for mega projects and the cycle of destruction escalates, punishing both Indigenous women and the environment for their resistance. We can therefore see how patriarchal violence – whether structural or perpetrated by individuals – is inherently tied to the climate crisis and climate breakdown.

A report published by the IUCN in 2020 highlighted how multiple different forms of gender-based violence exist within industries which are environmentally damaging, including sexual harassment and forced sex work in industries ranging from logging and extractive projects to fishing industries and illegal coal and gold mines. Gender-based violence, particularly toward Indigenous women and girls, not only becomes increasingly likely as a result of the effects of the climate crisis, it is also a significant driver of it.

We do not currently have data on the impact of climate disasters on trans, non-binary, and gender non-conforming people, as a marked flaw in gender climate research and knowledge we desperately need to fully understand the gendered impacts of the climate crisis.

Violence against Indigenous women is at the heart of climate disasters, and as the climate crisis gets worse, this violence will also get worse. Gender-based and colonial violence must be at the forefront of discussions in order to achieve climate justice. These issues are so prevalent in popular culture and film as these are means by which we express our underlying fears and anxieties, consciously or not.

The climate crisis is not gender neutral, and most definitely an intersectional feminist issue. 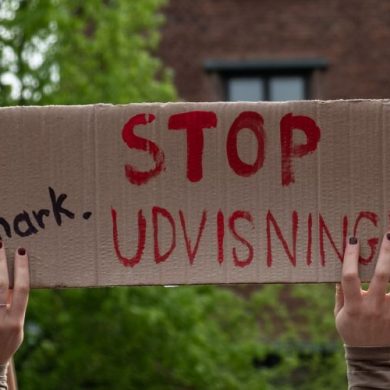