“Our vision for the future is joyful, beautiful, liberatory”: An interview with anti-capitalist art collective Autonomous Design Group

Often, artistic practice is considered as a byproduct of political organising, a mere reflection of social movements. Autonomous Design Group, the international, anti-capitalist, anti-authoritarian art collective, are building on the legacy of revolutionary organisers who understand that culture is integral to revolutionary politics.

Recognisable in the vibrant colour palette, clear messaging and eclectic influences, ADG work to make protest art free and accessible, and by proxy – social movements appeal to a broader audience. Pushing back against the industrial reds and blacks associated with anarchist design, they create joyful work inviting all to take a closer look at a poster plastered on the street or on the wall of a mates bedroom. An anonymous collective embedded within social movements, their designs rebel against an art world obsessed with individualism and co-opting radical art for profit.

Their designs first lit up my Twitter feed just over a year ago. As a freshly graduated student who had previously participated in rent strikes against university landlords, I was curious who were behind the colourful, retro RENT STRIKE posters being shared widely amongst my friends. It was clear their aesthetic was already appealing to those beyond the usual suspects of university organising.

ADG have now been active since late 2019, and have supported a tapestry of social, environmental and political movements from Los Angeles Renters Union to the UCU strikes in London. I spoke with them about producing creative work which truly rebels against capitalism and what the left can learn from a rich history of radical artists.

Hey ADG! What would you say the purpose of your work is, and what are your values as a collective?

Our goal is to change lives by the mass dissemination of ideas on the street.

The placing of art onto the street should not just be a one-off thing, a small act of rebellion, photographed and catalogued into an object, which can later be turned into a commodity and sold. Instead, posters and stickers should be produced on mass as cheaply as possible, placed everywhere, and repeated thousands of times over, affecting the geography of space, and millions of people’s consciousnesses.

The communication of ideas in an approachable and clear way is especially important given that the coming years will define the future of humanity. We often think about what’s going to get the greatest number of people involved in leftist ideas and institutions and the kind of mass change that we need to happen. We have until 2030 to prevent being locked into ecological collapse. For this reason, we believe in building and supporting popular, unmediated struggles against capitalism which are happening now.

ADG’s work is so lively. You have previously spoken about ‘joyful design’ – why is this so important?

To start with, some quotes by two great artists who have thought a lot about this question:

“ALL POWER TO JOY, which will remake the world.” – Diane DiPrima, Revolutionary Letter #51

We see ourselves pushing back against a lot of the anarchist art of the 90’s (an aesthetic which continues to this today), which had a very black and red, industrial look which isn’t necessarily engaging for a wide variety of people. This kind of imagery often goes in quite a white, macho direction, in who it imagines ‘workers’ or ‘revolutionaries’ are, what kinds of jobs they do, and what their concerns might be. Who is it for? Is both a political and aesthetic question.

The symbols and designs we use not only shape who is being included, but also our collective imagination of what is possible. adrienne maree brown says: “what we pay attention to grows”.: In our art we need to foreground what we are fighting for, not just against. Our vision for the future is joyful, beautiful, liberatory – that’s what we want to reflect. We have had enough of dystopian nihilism. We are serious about revolution, but not serious about ourselves.

You recently released a selection of posters inspired by the Atelier Populaire, and cite your other inspirations often – what can we learn from the history of art and design in political movements that could help the left today?

Author and radical Meridel LeSeur credits the Industrial Workers of the World  for teaching her that, “you could only be a poet or an artist if you were a worker or a revolutionary,” that culture was inseparable from organising and both were key elements of revolutionary politics. This recognition speaks to a kind of joy and understanding of the value of culture that is often missing in today’s leftist spaces. Art is not a fluffy add on for after we’ve done “the real work”, it is a hugely important part of it.

Certain tendencies in the left today are often happy to silo themselves in various competing bubbles centered on tactics or theory. The historical work of radical artist collectives could provide lessons to the left on how to organise collectively while being of service and providing something of material use to our communities.

When we look to the work of the Atelier Populaire, Taller de Gráfica Popular or Emory Douglas’ work with the Black Panther party for example, we see the importance of organising collectively as artists and workers. These artists were an integral part of their communities and the struggles they created work for; they understood that our work and our lives are not separate. In a capitalist society that wants to see us all become our own marketable brands as artists (and increasingly as individuals), we need to organise together collectively as a radical act, whether we do this as artists, baristas, or teachers.

I am very interested in your critique of the art world – how do radical art and ideas become co-opted, and how can we be more aware of this?

There’s a long history of radical art and aesthetics being co-opted for the maintenance and reproduction of capitalism. Quite a lot the art world pretends to be making these radical critiques of the status quo, whilst in reality only really serving to legitimise that society. As a collective, we believe we have to start at the very beginning to undo this, and that means looking at how and why art is produced. We believe in radical art produced by and for the workers’ movement – that means art that speaks to the people, and is distributed to the masses on the street, in the workplace and in the home. For too long radical art has been produced simply for bourgeois enjoyment, for its shock factor rather than for its potential role in the transformation of our material conditions and society as a whole. The use of radical art as an attempt to redeem the inherently exploitative nature of the artistic institutions under capitalism has to be fought by completely negating how art is produced under capitalism – by creating art that is freely available and accessible, and works to educate, agitate and mobilise the international working-class.

What would your advice be to other creatives keen to use their talents to support social and political movements?

Heather M. O’Brien, Christina Sanchez Juarez and Betty Marin (An Artists’ Guide to Not Being Complicit with Gentrification) speak about the importance of artists “acting our way into thinking” and holding ourselves accountable by organising with our neighbours. This includes both resisting the entrepreneurial perspective artists are encouraged to take on and organising ourselves as members of the working class, while also interrogating our position and continually considering  that we may often be members of a more desirable gentrifier class in certain contexts. We must see our role as artists as being tied to the health of our communities and organise together with them accordingly.

Buying a print here allows ADG to put 50 more up on the street! They have just launched a new initiative where you can buy all 8 of their printed housing posters for £20, which allows for another 80 posters to go up on city walls. Radicalise your housemates this holiday and support their mass dissemination of progressive ideas. 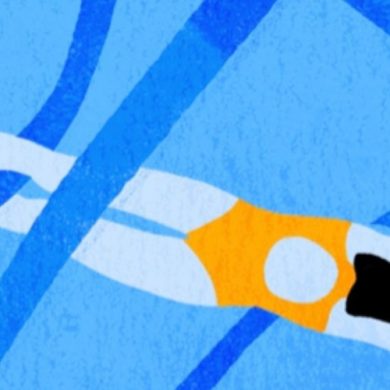