The North is still waiting For Free, Safe, Legal and Local abortions

When the clock struck midnight on the 22nd of October 2019 abortion-rights activists in Northern Ireland embraced friends and loved ones in collective jubilation. People seeking abortions and those who have helped them were no longer criminals for doing so. Abortion was decriminalised in Northern Ireland.

Women and pregnant people in Northern Ireland had been living under draconian Victorian law, the Offences Against the Person Act (1861) until 2019. Section 58 and 59 of this law stated that anyone who had an abortion or assisted someone in having one should be given a prison sentence for doing so. This law is still in place throughout the rest of the U.K. (though the 1967 Abortion Act allowed abortions to be carried out in some circumstances) and was adopted in some of Britain’s colonial settlements. It is one of many of Great Britain’s lasting infamous legacies of imperialism. Activists in the North had been campaigning for the extension of the 1967 Abortion Act to Northern Ireland but began campaigning for complete decriminalisation in 2008.

Decriminalising abortion destigmatises abortion. We live in a society where church and state are intertwined, and institutional stigma has played an insurmountable role in the shame people have felt after having an abortion. Following decriminalisation, this stigma began to lift off of the shoulders of those who sought an abortion before October 2019 – they were no longer branded a criminal by the state.  The instant impact of decriminalisation has allowed women and pregnant people to be supported through safe self-managed abortions by their friends or family with no-one being at risk of facing legal repercussion.

When activist Bernadette Devlin McAliskey spoke at the final March for Choice rally before decriminalisation in Belfast she said “Sometimes change comes so quickly that we can’t keep up with it. A note of caution for all of us in that rampant movement, in those heady days that look like victory – be careful because you’re never over the winning line, the new horizon will be in front of you as soon as you win something the powerful will come behind you to take it all back. So, let’s be vigilant.”

The Northern Ireland Abortion Regulations commenced at the start of April 2020 with authorised abortions to be carried out by a registered medical professional for any reason up to 12 weeks gestation and in restricted circumstances up to 24 weeks gestation. Activists remained vigilant and were right to do so as the Department of Health soon stated that they were not required to commission the legal abortion services and the anti-choice Health Minister, Robin Swann has labelled abortion as a “controversial issue”.

The new regulations have therefore not translated to real-life accessible abortion services. The charity Informing Choices NI are currently providing the only Central Access Point to NHS abortion services, but early medical abortions have only been accessible to those under 10 weeks gestation. Lack of commissioning of abortion services means that there is no funding being allocated to trusts for additional staff or services, no public health campaigns on how and when to access these services and no additional training for medical practitioners.

Women and pregnant people in 10 out of 26 areas in Northern Ireland are currently unable to access early medical abortion services locally leaving those in mostly rural areas without options when trying to access services. Practitioners who are providing abortion care are doing so on top of their current workload which has increased as a result of the COVID-19 pandemic. The Northern Trust is the largest geographical health and social care trust in Northern Ireland and is the most recent to have ceased provision of abortion services. This was due to lack of resources and has left pregnant people in this area unsure if they will be referred to another trust or if they will have to face travelling to England during a pandemic to seek support.

The Department of Health’s failure to provide women and pregnant people with information on legal abortion services has caused an increase in the popularity of anti-choice, rogue clinics which claim to provide abortion and “crisis pregnancy” counselling services. Due to the time-sensitive nature of abortion care, the tactics used by rogue clinics alongside the lack of information being made available to the public, have seen some pregnant people eventually being forced to travel to seek abortion care across the water.

The World Health Organisation have recognised that abortion services are essential healthcare and have stated that “abortion provision in a global pandemic should minimise facility visits and provider-client contacts through the use of telemedicine and self-management approaches.”  Telemedicine would allow a medical practitioner to have a consultation with the pregnant person either over the phone or online. They will then be able to prescribe the 5 abortion pills (1 mifepristone and 4 misoprostol) to be collected at a pharmacy alongside instructions for how to take them and information on who to contact if they need additional support. Self-managed abortions are safe early medical abortions and are carried out by the pregnant person who has the comfort and support of being in their own home for the entirity of the process. The World Health Organisation believes that “self-assessment and self-management approaches can be empowering for individuals and help to triage care, leading to a more optimal use of health-care resources.”

During this pandemic the rest of the U.K. has seen improved access to abortion services through telemedicine and pills-by-post services. Northern Ireland has yet again been left behind despite being the only part of the U.K. that has fully decriminalised abortion. COVID-19 has exacerbated existing barriers to accessing safe abortions, such as not being able to leave the house due to having caring commitments, domestic abuse or lack of transport. Self-managed abortions will allow us to be our own service providers removing many of these barriers that we face.

The Department of Health in Northern Ireland have been advising that everyone stays at home and have followed much of the advice and evidence that had been presented to them on the COVID-19 pandemic, yet they have ignored the World Health Organisation’s recommendation to implement telemedicine services and continue to believe that women and pregnant people should have to travel during a pandemic to access essential healthcare. Telemedicine and self-managed abortions could make a significant change to how compassionate abortion care can be provided in Northern Ireland and are crucial to improving reproductive healthcare in the context of COVID-19 and beyond.

Not only has this pandemic had an impact on abortion services, but it has also impacted the work of grassroots feminist activists fighting for pro-choice rights. Activists have both been unable to continue their on the ground campaign work, to put pressure on authorities and have also been unable to be present at stalls and in person events to provide much needed  information on access to services. However, while these restrictions are limiting the possibility to share information with some, they have forced the movement to become more flexible, with online activism meaning activists can reach more young people across Northern Ireland than before. Alliance for Choice have taken online activism and campaigning in their stride and have provided information on the current legislation and how you can access an abortion on their website as well as providing workshops and webinars for activists across the country.

Anti-choice groups have continued to organise events and have even gathered outside hospitals with signs and preachers in tow despite the COVID-19 pandemic. They have been campaigning to Repeal Section 9 of the Northern Ireland Executive Formation Act which led to the decriminalisation of abortion here. Anti-choice groups use graphic imagery and hostile rhetoric to shame women and pregnant people into silence . Some of these groups have also promoted false information on vaccines and had speakers at events who have been linked to large COVID-19 protests. Their continued presence on the streets skews the opinion of the public that the anti-choice beliefs are in the majority whereas it is the opposite.

Alliance for Choice have said: “Since the decriminalisation of abortion in Northern Ireland in October 2019, we have witnessed an increase in damaging anti-choice activities, which unduly influences NI decision-makers, including the Democratic Unionist Party (DUP) and our current Health Minister (who attends anti-abortion rallies). We risk a significant regression of the rights we have fought for due to this influence. AfC would address this by using our relationships with decision-makers, civil society and affected citizens, to put forward our justice, health and rights framework and ensure the public understands and supports our campaign. AfC also wish to help those most affected to use their voice and ensure their experiences are recognised by politicians, healthcare providers and their community. AfC put pressure on our politicians through our successful public platforms, using video campaigns, information sessions and participatory actions, embracing the new digital skills we have had to develop throughout COVID-19.”

A year on from decriminalisation, activists in feminist networks are still there for those who fall through the cracks. The Royal College of Obstetricians and Gynaecologists have reported a 28% rise in the safe and legal abortion pill services provided by NGO’s despite the new regulations. Self-managed abortion workshops being provided by Alliance for Choice have educated people  on how to take the legal online pills and how to help others who may need them. The work and organising that is continuing to be done by activists throughout this pandemic will save lives and raise the much-needed awareness about the lack of accessible abortion services in Northern Ireland.

Health Minister, Robin Swann is failing women and pregnant people in Northern Ireland by refusing to commission the legal abortion services that activists won the right to in October 2019 after years of campaigning. This has only emboldened the anti-choice groups who still believe that they can shame and silence women and pregnant people in the North. We have come a long way but the fight is never over until everyone has access to free, safe, legal and local abortion care and we believe the North has waited long enough. 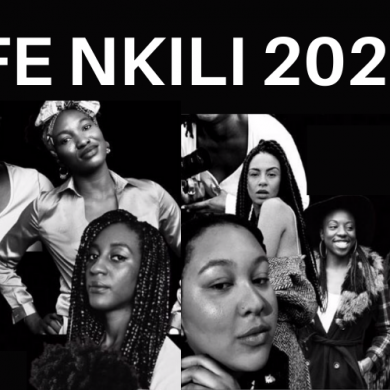