Rethinking the nature/culture divide in our cities

The world’s urban areas are expanding rapidly at a huge cost to our environment. By 2050 around 70% of the global population will live in cities. Although many researchers have stressed the importance of spending time with nature, green spaces are hard to come by within our neighbourhoods. Trees can improve air quality and provide shade in the summer, while parks have been shown to improve mental health and increase biodiversity. As our cities grow during an environmental crisis it is essential that we focus on both bringing nature back into our everyday lives and making sure that urbanisation is accompanied by the creation of accessible green spaces. In order to do so we need to breakdown the nature/culture divide that is so prevalent in our collective imagination.

Since the birth of Christianity western cultures have increasingly viewed humanity as separate from nature. Paganism – a belief system that holds nature as sacred – was replaced by a religion in which God gave humans authority to rule over the earth. This idea had profound implications for how our framing of nature developed. Descartes claimed that our ability to attain knowledge made us masters over the natural world, while Francis Bacon coined the idea of man’s conquest over nature. This notion of human exceptionalism has resulted in the destructive mentality responsible for the vast exploitation of natural resources which has brought us to the brink of the earth’s sixth mass extinction. If we are the masters of nature, then we can do with it as we please.

Over the past few decades this exploitative mindset has been challenged on all fronts. From climate action groups to school children, progressive governments to small businesses, there are many who are fighting against the use of fossil fuels, deforestation, and the exploitation of animals. This is an area where at least some progress is being made. Promises of decarbonised economies and the huge stigma behind environmentally destructive practices offer glimmers of hope for our future. But how else does our ingrained belief that humans are distinct from nature affect our lives? By far the most far-reaching consequences of this mindset play out in Man’s ultimate conquest over nature; the city.

The City vs Nature

We see cities as human creations that have overpowered nature. Hilary Angelo argues that cities are places where “nature is understood to be already subjugated to society––where no rehabilitation is possible because there is no ‘environment’ left to be rehabilitated”. They exist in contrast to the wildernesses we see on our newsfeeds or on the latest David Attenborough film. Nature has become externalised – it is something that some of us choose to engage with as opposed to being part of our everyday lives. As a result, it has been largely shut out of our cities. Funding for London’s councils has decreased dramatically over the past decade leaving local governments unable to invest in tree planting and green spaces. Some councils have reported having over £100m less to spend than in 2010. The money available is spent on more direct services while environmental improvements have been placed at  the back of the queue. This is not to say that there is no public funding for green projects. Significant sums of money are being invested in green energy and rural tree planting projects to help mitigate the effects of climate change. The problem is that when we think of investing in ‘nature’ and our ‘environment’ the focus shifts away from our cities. Less than 16% of public investment in tree planting is spent on urban trees, while more than 80% of the UK live in cities.

As with many crises, it is BIPOC communities who are worst affected by a lack of green space. A recent report in the US found that people of colour are three times more likely to live in nature deprived neighbourhoods than white people. This has become even tougher during national lockdowns where access to nature is only possible if green spaces are close to where you live. Nature should be available to all, not just to those who can afford to live in more affluent areas. Nature should be a human right.

So how do we encourage greener urban areas? How can we make nature a priority in our cities as they expand? For this to change, we need to escape this nature/culture divide and remember a seemingly evident fact – human society has always been part of the natural world.

Reframing our Relationship with Nature

David Harvey once argued that ‘there is nothing unnatural about New York City’. He wanted to show that cities were not just social and cultural places, but that they have undergone infinite natural processes to reach their current state. The transformation of sand and stone into cement, the flow of water through our taps and sewers, the fuel that is burnt in our cars. All of these were natural transformations that allowed cities to grow. He wanted to show that nature and society were one and the same, and that society could not exist without nature. This mentality was born out of a need to address both the rapid rate of global urbanisation and the increasing amount of environmental degradation caused by it. From this perspective, cities are the key to tackling the environmental crisis.

When the nature/culture divide is broken down, the distinction between city and countryside is also less meaningful as they both become natural and cultural. Without these distinctions, the idea of environmental protection involves cities and rural areas alike.  Investment into nature equates to greening cities just as much as rural tree planting projects. Nature is no longer external; it belongs on our doorstep.

In a world where a growing population is fuelling relentless urban expansion, understanding cities as part of nature is vital for ensuring that living standards and access to green space are prioritised.

If we get it right, incorporating nature into cities will have the benefits of improving our urban environment while instilling a mentality which promotes environmental protection and climate action. If we carry on the way we are going, our cities will get ever larger while the areas we call nature shrink into insignificance. 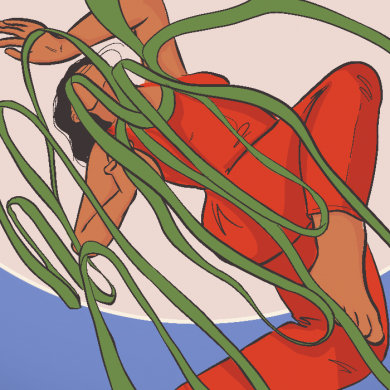